Back in my high-school days I spent many a morning watching the Yu-Gi-Oh! anime, something I still enjoy to this day and many a lunch time playing the card game with friends. There has been no shortage of Yu-Gi-Oh! video games over the years, some really good, some pretty terrible. Back in 2015 we saw Yu-Gi-Oh! Legacy of the Duelist hit Steam, PS4 and Xbox One, but now the game has been updated, had all the additional DLC content bundled in and has made it’s way to the Nintendo Switch. 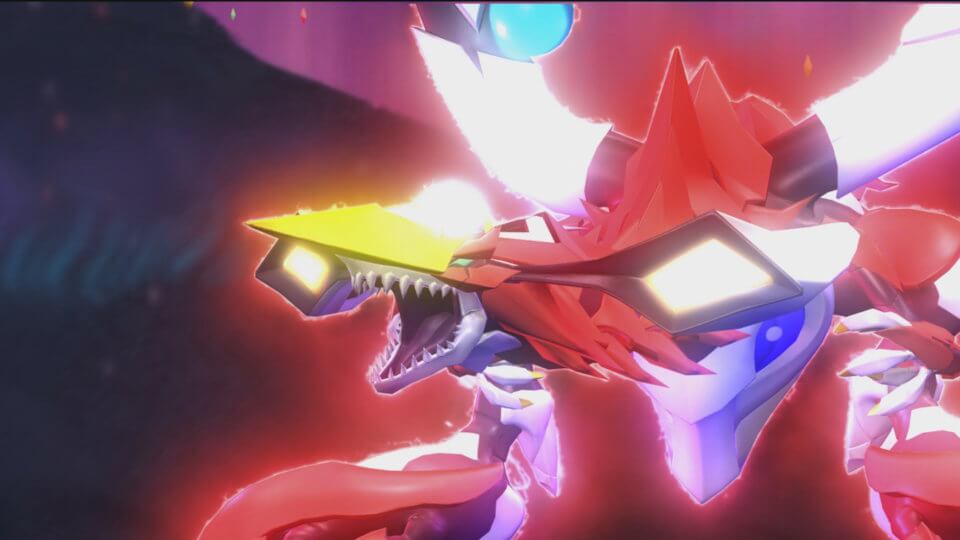 Yu-Gi-Oh! Legacy of the Duelist: Link Evolution is an expanded version of the original game, including an updated card list, taking the total number of selectable cards to over 9000, no that’s not a DBZ joke, there’s actually over 9000 cards to obtain within the game. Along with the updated card list, this Nintendo Switch version comes with all of the additional duels, decks and story chapters that were released as add-on DLC on the other platforms. Providing a very rich and complete experience for one affordable price.

I’m not going to go over the mechanics of how to play Yu-Gi-Oh!, but I will say that the game is quite welcoming to newcomers of the game. While it’s main audience will undoubtedly be people that are already fans of the card game or the anime or perhaps even lapsed players, the game’s tutorials do a great job at teaching you Yu-Gi-Oh’s many systems and the structure in which the duels take place. So if you want to understand what the game is all about and don’t want to spend hundreds of dollars checking out the real world cards, this is the way to go. 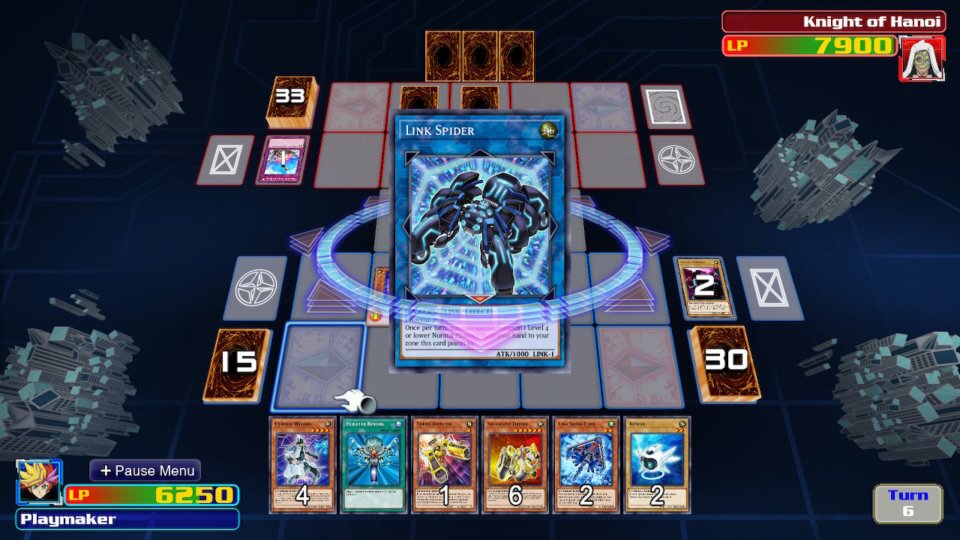 The bulk of the game, at least initially takes place within the Story Mode. Here you have the ability to play through the key battles and story sequences from the Yu-Gi-Oh! anime series. But it’s not just a single story mode on offer. You’ll get to experience an abridged retelling of the 5 different Yu-Gi-Oh! series’ including the original (and my favourite) Yu-Gi-Oh!, GX, 5DS, Zexal, ARC V as well as a few selected duels from the VRAINS series that act more like a teaser of things to come rather than a story mode comparable to the others. The story is presented with on-screen characters and dialogue in a visual novel style format. There is no voice over, but many of the lines of dialogue are ripped straight out of their respective series’. After a short discussion that sets the scene for the duel you’re thrown right into a battle with the opponent.

During the story missions you’ll be presented an option at the start of the duel, giving you the choice of taking on the opponent using the story deck or your custom deck. The custom deck, as the name suggests is your own custom collection of cards that you’ve put together yourself using the cards you’ve unlocked. The story deck is the deck used by the character you’re playing as at that point in the anime’s story. For example playing the first Yugi Vs Kaiba match and selecting the story deck will let you play with Yugi’s Exodia deck. 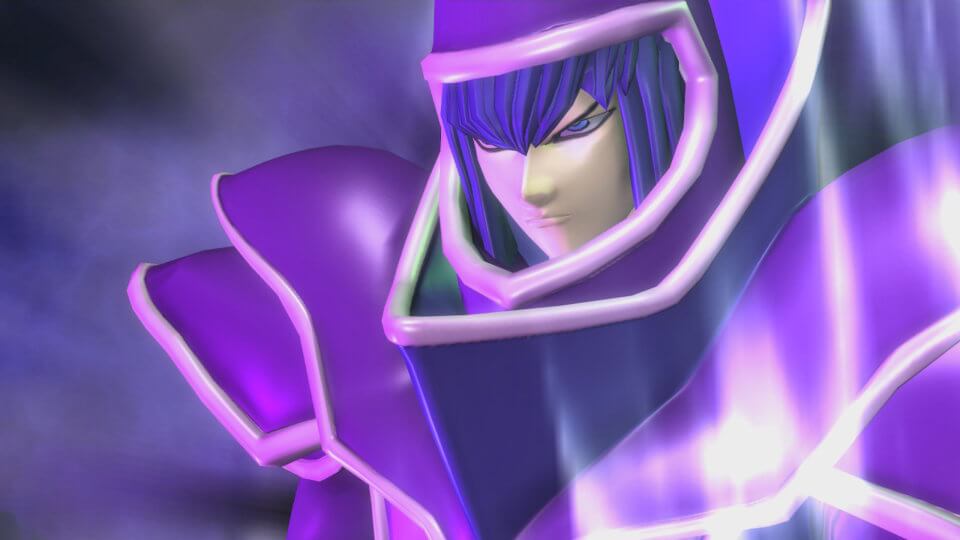 Upon defeating the enemy you’ll earn a few of their key cards as well as unlock the reverse duel for that chapter, allowing you to flip the player and opponent character for each of the story mode encounters, letting you play the duel from the opponent’s perspective and using their story deck.

You’ll also earn points which act as the in-game currency and allows you to purchase booster packs from the card shop. You’ll select packs designed around the kinds of decks the characters from the show use, with each pack containing 8 cards, one of which is a rare card. This method also allows you to somewhat narrow down getting the kinds of cards you want for your custom deck. For example if you’re really after a Dark Magician, your best route to getting one is by opening Yugi packs. All packs purchased are done using the in-game points only, there are no micro-transactions or pay to win schemes within Yu-Gi-Oh! Legacy of the Duelist: Link Evolution. 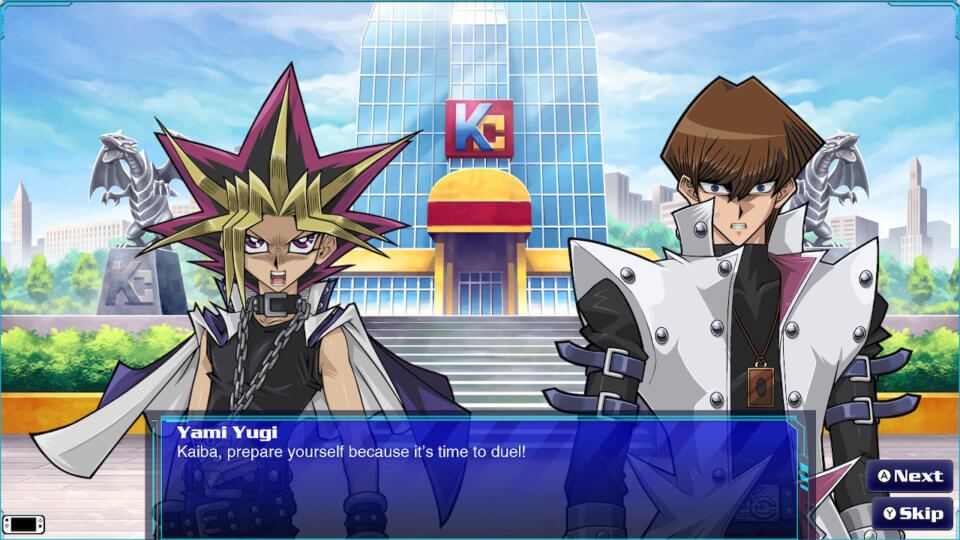 Once you’re done with the story modes there’s still a ton on offer to keep you playing and collecting more cards. You can jump into challenge mode and face off against opponents from the shows utilising one of a number of assorted decks, try out the sealed or draft play modes where the deck is randomly created for you from 10 booster packs (sealed) or manually constructed on the fly based on those packs (draft) and of course you can challenge your friends or players online using the local or online multiplayer options. In the few rounds I did try out online I did find it to be a tad slow, at least compared to what I was used to while playing through the story modes where you’re facing off against an AI computer. This was obviously because you’re playing against a real human player here who is trying to come up with their own strategy, it slowed down the pacing of the duel but I’m not sure there’s a lot that can be done to offset that minor gripe.

One thing I loved with the Nintendo Switch version, other than it opening up the game for on the go play is that it makes use of the Switch’s touchscreen. You’re able to control most aspects of the duel and navigate the menus just by touching the options or cards on screen. I found this to be a handy feature, letting me just tap on mine or an opponents card on the playing field to view more about it, set my own cards down or select the target of my attacks. Saving time over having to manually move the in-game cursor to the right slot on the field or my hand or cards. 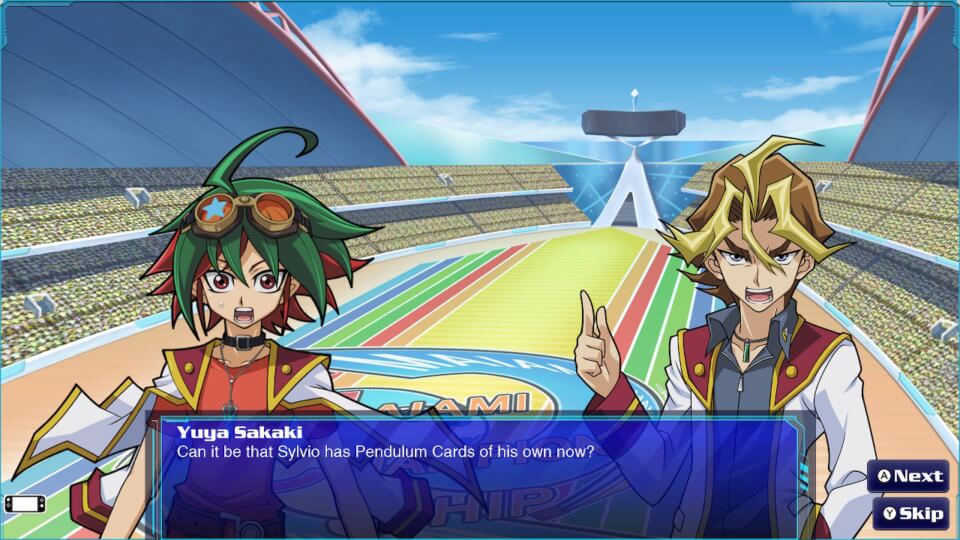 Yu-Gi-Oh! Legacy of the Duelist was already one of the highest regarded games when it came to current Yu-Gi-Oh! titles, but now with the game making it’s way to the Nintendo Switch with the Link Evolution version it’s hard to argue that this isn’t the definitive version of the game. It’s packed full of value, including all of the previous add-ons, 5 full campaigns, over 9000 cards and it’s all playable on the go. I think Yu-Gi-Oh! fans are going to get a real kick out of the game, but it’s also extremely friendly to newcomers that may have never tried Yu-Gi-Oh! before.