Another Great Entry In A Brilliant Series

Uncharted: The Lost Legacy is the newest entry in the Uncharted series from Naughty Dog. This adventure started out as an expansion for Uncharted 4 but after growing in scope, Naughty Dog decided to release The Lost Legacy as a standalone adventure. You don’t need to own Uncharted 4 to play this game but I highly recommend no one play this until beating the other games in the series. This game tied in a lot more to existing stories and characters than what is pitched on the box or in trailers. Which I really loved, but for newcomers to the series, DON’T start here.

The plot of The Lost Legacy brings Chloe Frazer, the treasure hunter/semi-love interest from Uncharted 2&3 together with Nadine Ross, the kickass mercenary from Uncharted 4 in their search for the Tusk of Ganesh in India. The back and forth dynamic between these two has been perfectly written and meets the high level of quality we’ve come to expect from Naughty Dog titles, with a lot of their conversation pushing the narrative forward at all times and revealing good amounts of their own backstories while traversing through the chapters in a similar way Nate would interact with Sam in Uncharted 4.

Matches The Quality You Expect From A Naughty Dog Game

The Lost Legacy looks stunning. The world looks alive and is packed with extreme amounts of detail if you take the time to admire it. There are a number of moments where the camera pans back revealing Naughty Dog’s beautiful rendition of India’s landscape’s, which had me popping into the inbuilt photo-mode to capture these breath taking scenes.

It’s also full of those massive set pieces you’ve come to expect from an Uncharted game, and makes you feel like you’re controlling an over the top action movie at times. At around the halfway mark, the game does something that hasn’t really been touched in previous games and that is an almost open world chapter, with included side missions too. This is one of the biggest, free traversable environments I can remember out of any of the games and was good to see the standard game formula changed up a little.

One very minor complaint I do have with The Lost Legacy is that I don’t think the envelope was pushed as far as it could have been. It is very obvious that the game was originally intended as an add on for Uncharted 4. The menu interface is exactly the same, most of the games mechanics are pulled straight out of Uncharted 4, just this time you aren’t Nathan Drake. And the main villain of the game, has questionable motivations and seems to just be the enemy for the most part of the game just because he is after the same treasure you wanted. 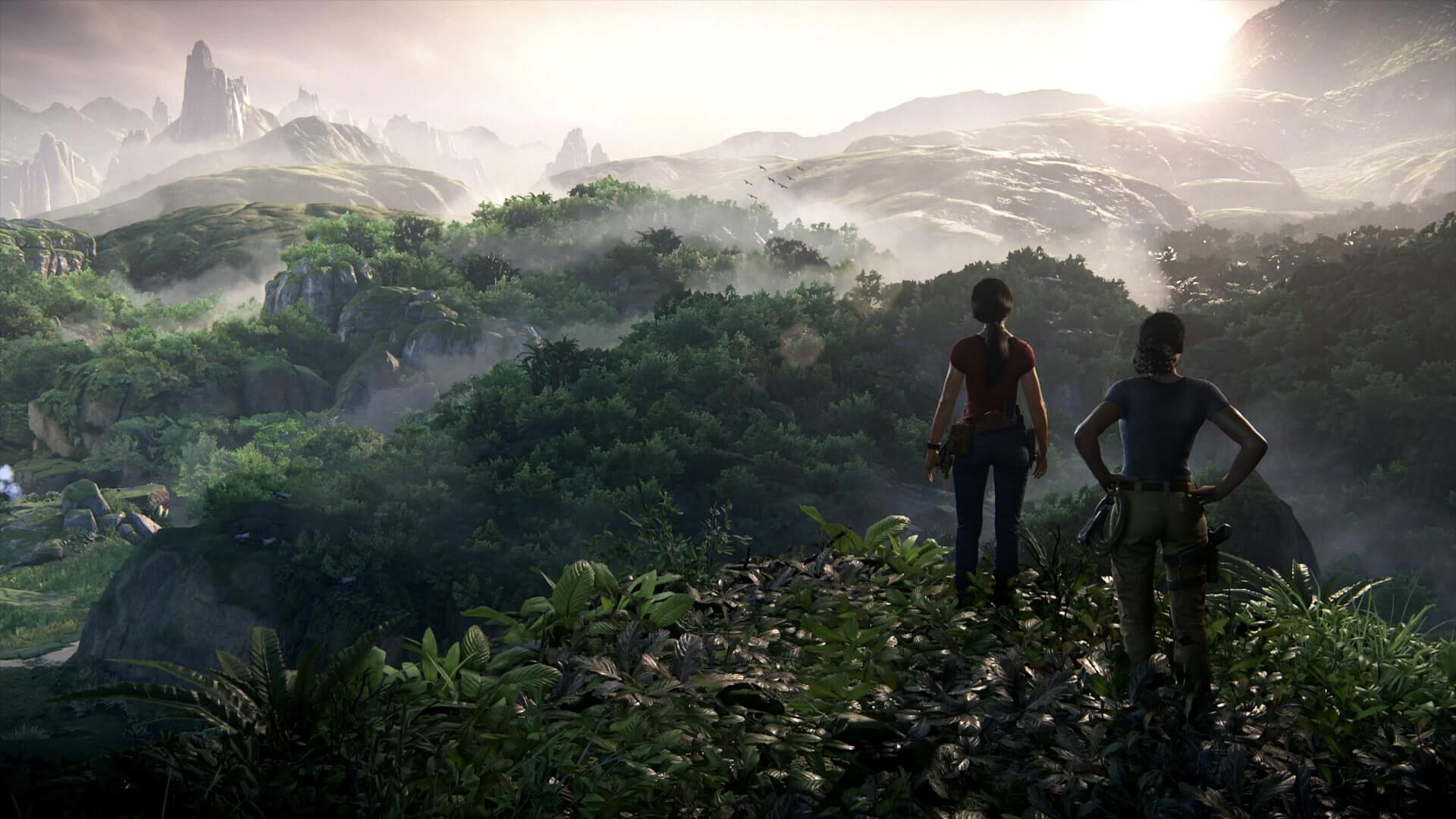 But as I said these complaints are minor. They didn’t really affect the enjoyable 7 hours it took to beat the main story of the game due to the brilliant writing, character development and outstanding world and puzzle design. I found the length of the game perfect. One of the issues I had with Uncharted 4 was that I felt it was too long and slowed the pacing in the middle. There’s none of that here. There is still plenty of replay value and will take another play through of the story to collect all of the lost treasures and optional conversations.

Once you’re done with the main story there is still the incredibly fun multiplayer to dive into and the Uncharted survival mode is also available day 1 too. If you aren’t a fan of online shooters, I still urge you to give this a go. As the multiplayer mode is a great extension of the single player experience, just with competitive game objective’s and teams.

Overall The Lost Legacy is a wonderful addition to the Uncharted series. It tells a well contained story that not only stands up to previous entries in the series but provides us further insight to some well loved characters from prior games and ties in well to the overall lore in the world of Uncharted. With great writing and characters, combined with interesting puzzles throughout, it is a must play game for fans of the series. I highly recommend not playing this game until beating Uncharted 4 though. Although this is a standalone adventure it does rely heavily on themes set up in Uncharted 4 and previous games.

A review copy was provided by the publisher for the purpose of this review.