A Great Send Off For Our Favourite Treasure Hunters

I don’t know how they do it, but it seems anything Naughty Dog puts their hands on becomes an amazingly well polished, quality experience full of twists and turns. Uncharted 4: A Thief’s End is no different. It will grab you from it’s starting moments and tries very hard not to let you go, keeping you invested and pushing on towards the next chapter in what I feel is one of the best Uncharted games yet and is a satisfying farewell to it’s incredibly cast of characters we’ve grown to love over the years. 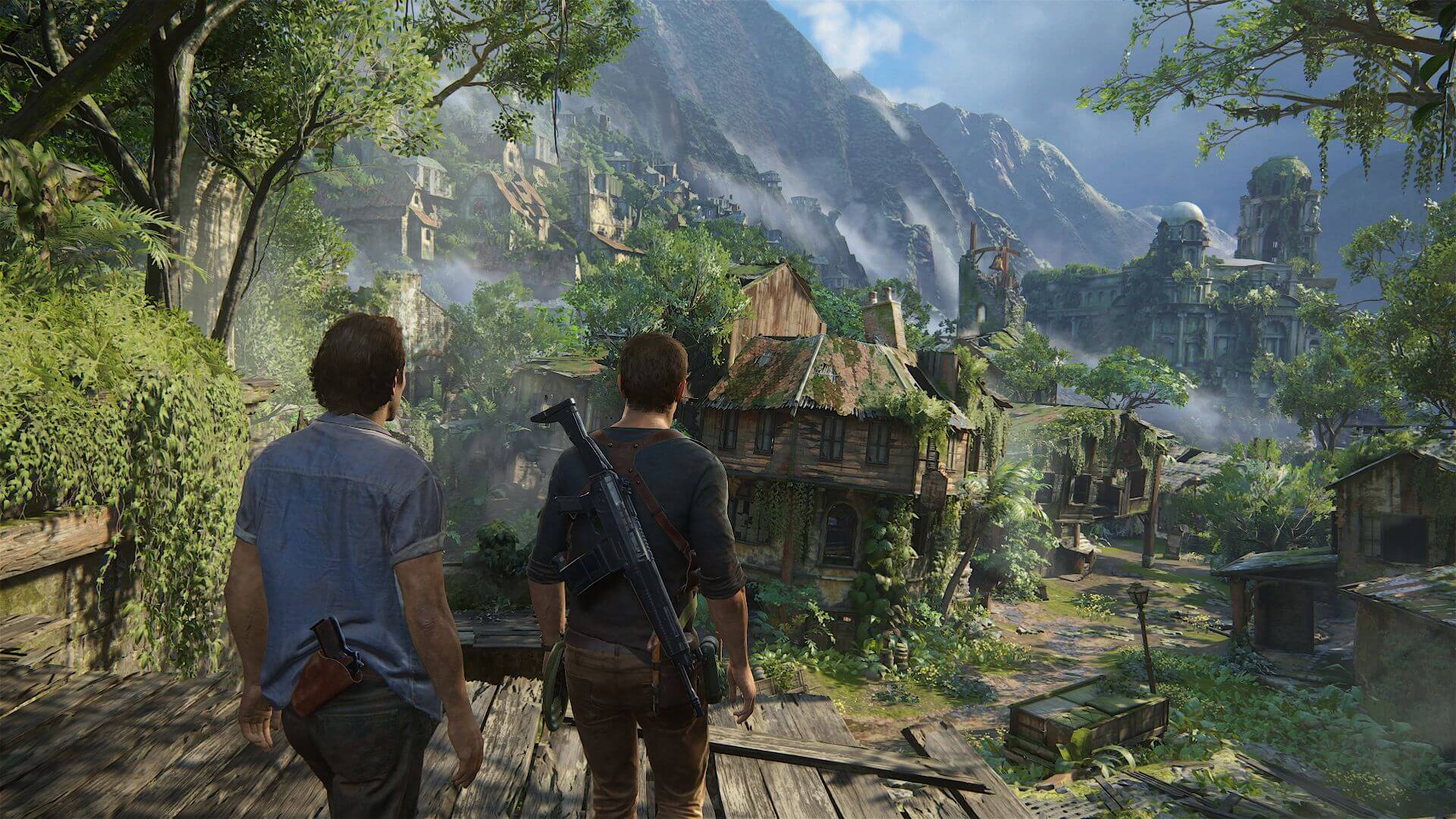 My playthrough of Uncharted 4 took around 16 hours and for the most part I was wholeheartedly engaged in the game’s narrative. Similar to Uncharted 3, there are chapters of this game that are playable flashbacks from Drake’s past. An early chapter in the game has you play as a younger Nathan and has you break out of prison with his newly introduced brother Sam Drake and business associate Rafe.

In true Uncharted fashion, things don’t go to plan and only Nathan and Rafe escape believing Sam to have died in the conflict that ensued during the break out. That is until we are moved forward to current day, where Nathan now works a steady recovery job that has him completely removed from his treasure chasing past and doing paperwork behind a desk.

Until there is a knock at the door and Nathan is reunited with the brother he truly believed to have died 15 years prior. Sam is in dire need of Nathan’s help. So he come’s out of retirement for one big score, trying to locate a treasure they had started searching for 15 years ago. The plundered treasure of pirate, Henry Avery. And thus this is where the game kick’s into action and we set of on the journey of Uncharted 4.

Characters So Believable You Forget They Are Pixel’s

One of the biggest highlights of the game are the outstanding character performances. Nolan North, Emily Rose, and Richard McGonagle all return as Nathan, Elena and Sully respectively and are joined by Uncharted newcomers Troy Baker (Sam Drake), Laura Bailey (Mercenary Nadine Ross), and Warren Kole (Rafe Adler). 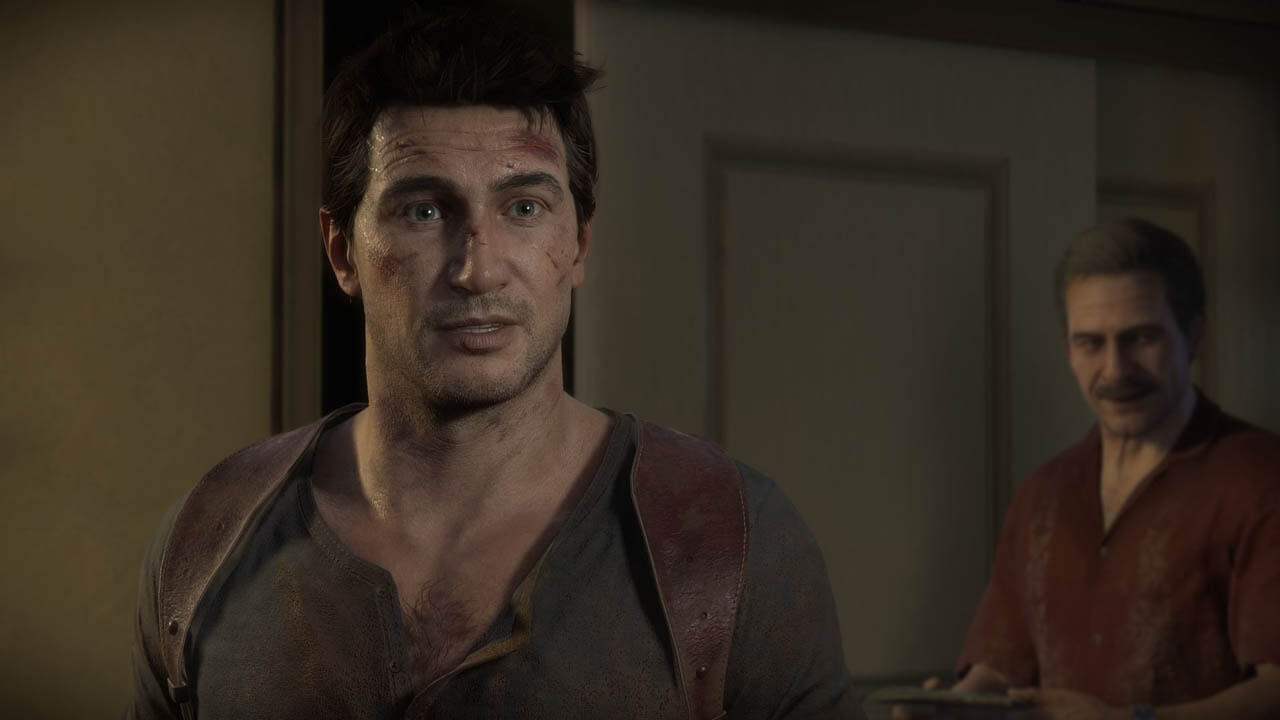 Naughty Dog are definitely not the only studio implementing performance and motion capture in their games, but I do believe they are currently the best studio around that meshes their capture process to an original digitally created character. These characters don’t resemble any of the performing artists at all and they’ve managed to create characters that look photo realistic and not fallen into the dreaded uncanny valley that has plagued many games in the past pushing for realistic character designs.

Through most chapters in the game you rarely travel alone. There is usually at least one other AI controlled character with you. Usually to help you out during the many fire fights you’ll face, drive vehicles while you fight or to traverse through the chapter with you and provide back and forth conversation to keep the flow of the game narrative going.

Unlike many games of the past few years with AI companions, at no point did any of these characters fall into any of the negative AI tropes gamer’s have come to spot. None of them got stuck in the environments, walked out in front of enemies during sneaking moments or decide not to assist during combat. They felt like real characters that were on the journey with me. 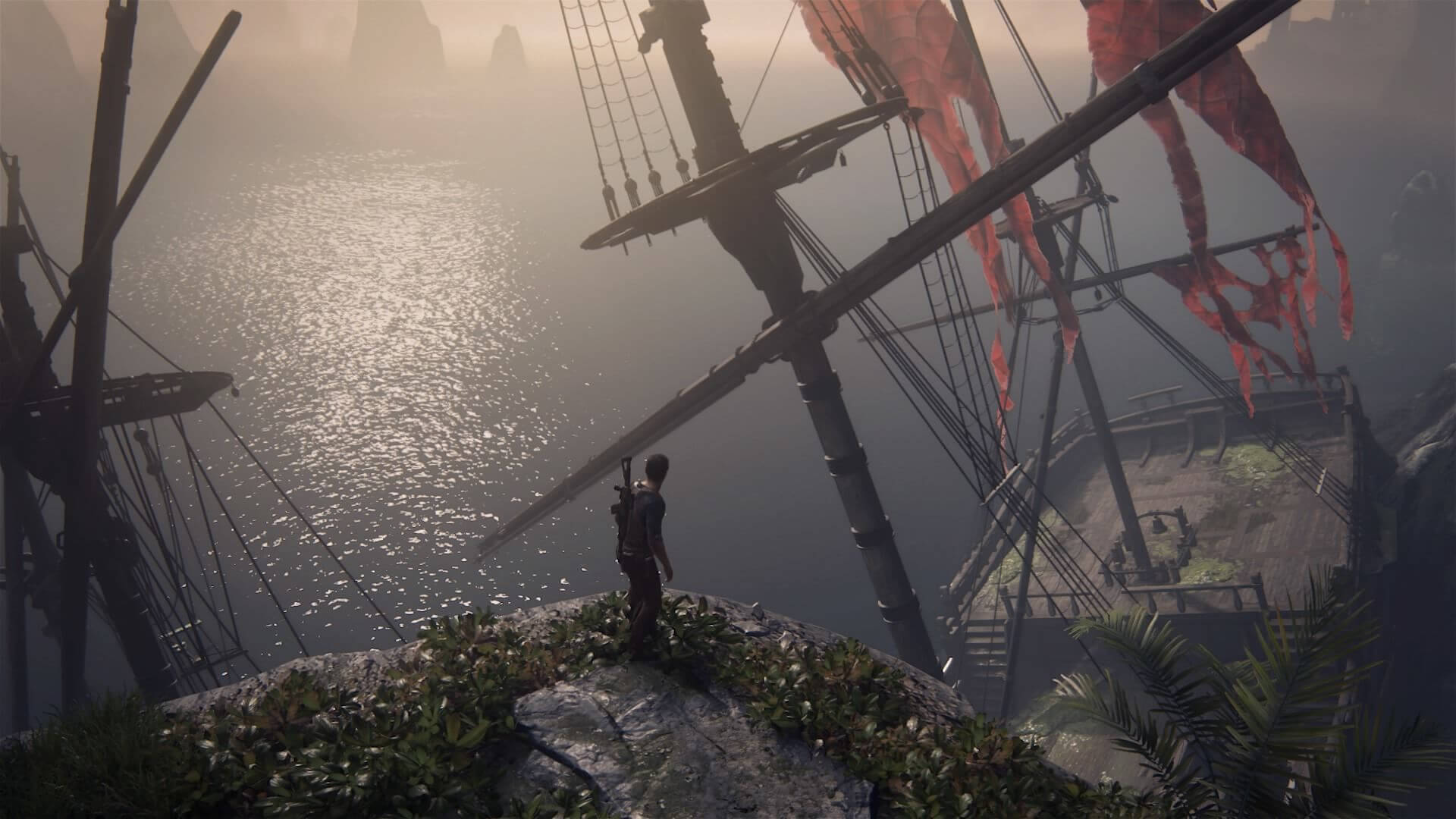 To date I believe Uncharted 4 is the prettiest game iv’e ever played on a console. It is obvious that Naughty Dog have a great understanding of how to push the Playstation hardware to get the most out of it, performance wise.

The semi open-world set pieces in the game are packed with detail, are beautifully vibrant when need be and darkly grim at times. The character models as briefly mentioned above both act and look incredibly realistic. All the way down to pores in the skin.

You Can Even Play With Others

There are currently 4 different modes available to play: Team Deathmatch, Plunder, Command, and Ranked Team Deathmatch. The maps are based on modified set pieces from the main game, and if you have the rope swinging and shooting mechanics down pat from the main game you shouldn’t have too much of a hard time playing these multiplayer objective based games. Although the enemies shooting back at you will be a little more capable.

Naughty Dog have confirmed on going support, modes and maps for the multiplayer portion of Uncharted 4, so it looks like there should be ongoing longevity for time to come to dive in and play a few rounds of multiplayer.

If I did have one small complaint about Uncharted 4, it would be that I think the core story is a little too long in parts. Mainly towards the end of the second act. Of course it is hard to complain about having too much of something, but it did slow down the pacing of the story a little and I found myself just trying to rush through some of the more repetitive puzzles to get to the next story beat or chapter.

Uncharted 4 is a fantastic game, and is an absolute must play, especially if you’ve played previous games in the franchise. The pacing does go through a slow point heading into the third act but the overall story, the character performances and one of the most fulfilling closing chapters iv’e experienced in a game made this an experience I want to play through again multiple times.