There has been no shortage of Nintendo Wii U titles that have been given a second chance to shine by being ported to the Nintendo Switch. Many of the Wii U’s flagship titles have progressively made their way over to the new system in the years since it’s launch. But until recently there was still one title considered by many to be one of the best games to release during the Wii U’s troubled lifetime that hadn’t received it’s second run yet. And that title was Tokyo Mirage Sessions #FE. But now it seems Nintendo and Atlus heard the cries loud and clear and have brought us Tokyo Mirage Sessions #FE Encore, an updated and slightly tweaked version of the much loved mashup game that can now be enjoyed on the go.

Tokyo Mirage Sessions #FE Encore brings together the worlds of Atlus’ Shin Megami Tensei series and Intelligent System’s Fire Emblem series. In a weird mashup that I remember at the time of it’s first announcement wondering how it could possibly work, but then quickly understanding how genius of a combination it was after initially jumping in. Without revealing too much of the plot, the story of Tokyo Mirage Sessions #FE takes place in modern Tokyo where recently, the city has begun being plagued by Mirages, a type of ghoul-like creatures that have invaded the city and are draining the ‘Performa’ energy of its inhabitants.

You play as a Mirage Master, a person who can combine with tame Mirages and work to continue to take down the evil ones, with the main twist being that the good Mirages you work with being characters from the Fire Emblem series. These Fire Emblem characters shape-shift into your characters’ weapon of choice, with the character of Chrom for example becoming your main charatcers’ sword when in combat. Any fans of the original Soul Eater anime series should be able to grasp the concept of the partnership where one party morphs into the weapon quite well.

At its core, Tokyo Mirage Sessions is certainly more a Shin Megami Tensei game than a Fore Emblem one. While the aforementioned Mirages take the form of many known Fire Emblem characters, the artistic direction, combat system, dungeons and explorable world are straight up what you would expect to find in an SMT title and the game will feel right at home with anyone who has played any of the more recent entries from the persona series with much of its structure consisting of visual novel style dialogue, dungeon crawling, city exploration and turn based battles. 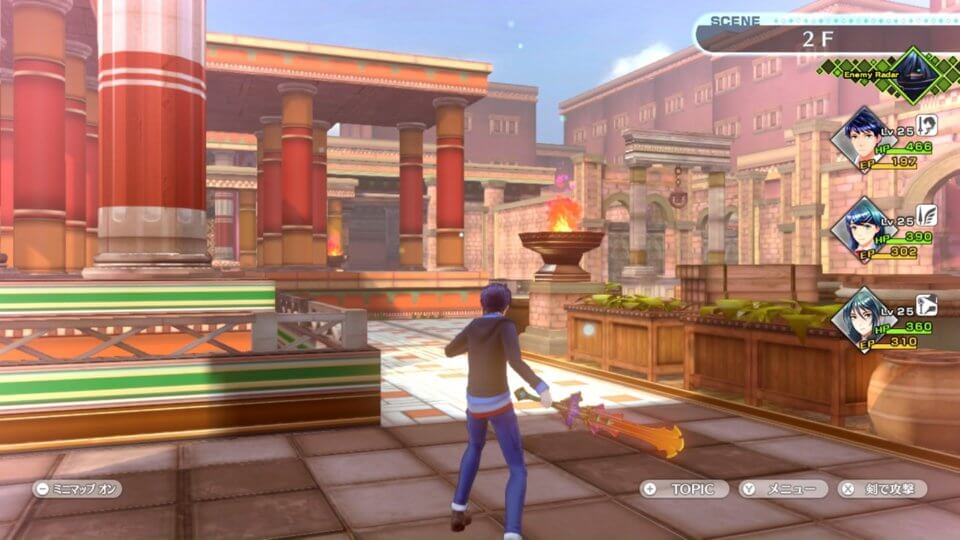 Speaking of the combat system, it’s one of the highlights of Tokyo Mirage Sessions. With it being a component of the game you’ll be spending a lot of time with, I was glad to see it continue to be simultaneously fun, challenging, deep and rewarding at the same time for my entire play through. It’s a turn based system that players of any recent SMT games will have no problems getting used to as much like in the popular Persona series, it’s built around discovering and then exploiting enemy weaknesses in order to succeed. Each enemy type that you come up against will have a type of damage it will be weak to, whether that be a specific weapon type or an elemental magic one.

Exploiting these weaknesses effectively will lead to a combo based slew of attacks known as a Session Attack which is quite similar to Persona 5’s ‘go again’ and ‘baton pass’ features. Finding out an enemies weakness and then coming together as a team is the most effective way to get through a tough combat scenario, just be aware though that the enemies in this game are also able to discover and take advantage of your party’s weaknesses too which can often turn the tides in battle pretty quickly, forcing you to always be on your toes and ready.

One of Tokyo Mirage Sessions’ highlights when it originally launched, and continues to be great in this re-release is the design of it’s world and it’s depiction of Tokyo. A lot of effort has gone into recreating key areas of Tokyo and you don’t have to look too hard online to find side-by-side real world/game screenshots that show how accurately the city has been implemented in game, fully capturing the fast paced, highly vibrant and often chaotic nature of Tokyo Japan.

The well thought out world design doesn’t just stop with the city of Tokyo though. Tokyo Mirage Sessions also features some really well thought out dungeons you’ll be traversing through and eliminating enemies within to progress further through the game. Unfortunately, when it comes to dungeon design, it’s one of Tokyo Mirage Sessions’ strengths as well as one of it’s weakest aspects at times. As not all dungeons are designed equally. Dungeon design ranges from great to overly repetitive and unnecessarily obtuse. Some including puzzles that are fun and rewarding and others that you will frustratingly push through just to get to the next main story beat. I would have loved if the game’s dungeons were all equally as thrilling, even if it meant including less of them just to maintain the quality of some of the better ones. 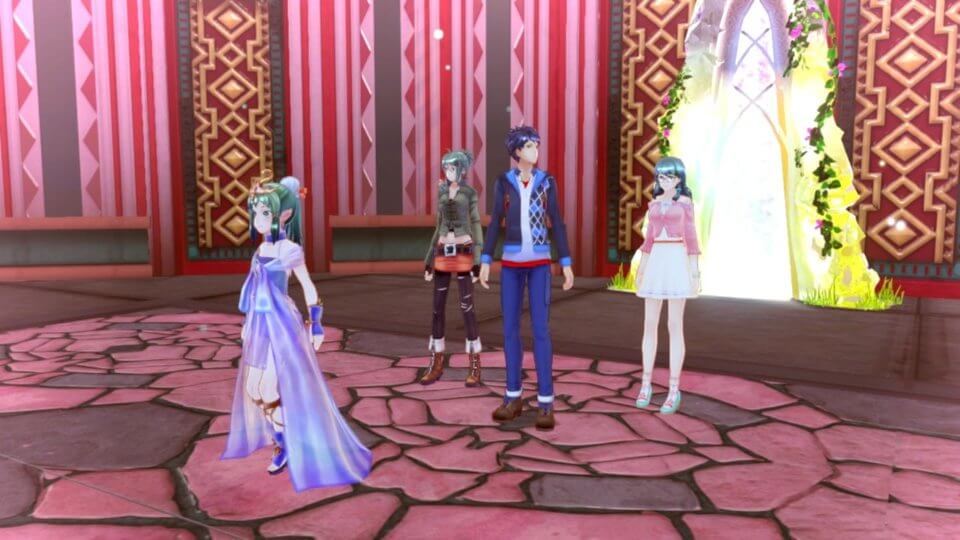 Atlus have been on a bit of a trend lately when it comes to re-releasing previous titles again but implementing new story content and features into the main game. Just recently we got Catherine: Full Body and very soon will be playing Persona 5: The Royal, both of which have been completely reworked to include this new content from the ground up.

The new additions in #FE Encore aren’t on the level of Catherine or Persona 5; The Royal and definitely feel like separate added on content rather than a fully integrated and unique experience. They include some new story content, a new music track and the ability to add glasses to the character of Tsubasa, among other things. These new additions don’t really make it worth going back to if you’ve played the game before but if you haven’t then this new switch version is definitely the definitive version you should pick up to experience this thrilling story with everything it has to offer in one package.

The performance on the Nintendo Switch is great. I did spend most of my time with the game playing it in handheld mode, but it looks just as sharp and vibrant whether you decided to play it on the go or docked on a large screen TV. 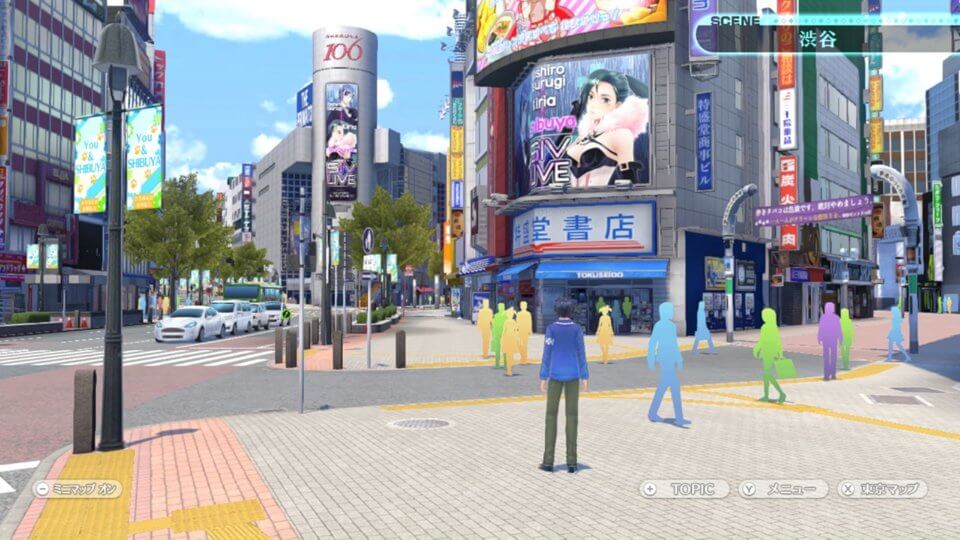 Tokyo Mirage Sessions #FE Encore is the second breath of life this underappreciated game needed. It shows that mashup titles can work effectively if implemented with care and has a great story with a fantastic depiction of Tokyo. It’s new additional content does feel like a bit of an afterthought but if you haven’t previously played through the game then there is no better way to enjoy it than right here on the Switch.