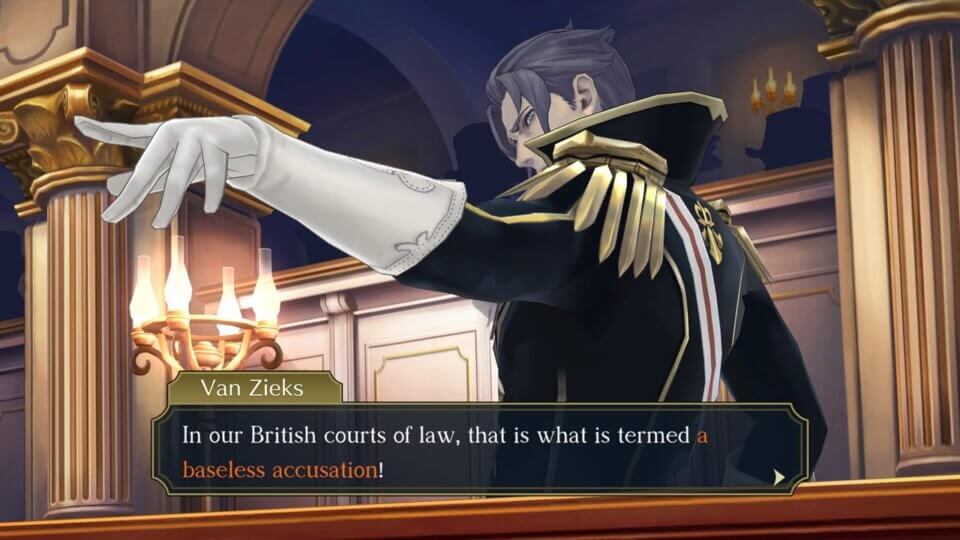 The Great Ace Attorney games take place at the dawn of the 20th century during the Victorian era of Britain. The lead character isn’t the famed Phoenix Wright you’ve come to love from the earlier games but a great ancestor Ryunosuke Naruhodo, an English student that has travelled from Japan to England to further his studies and experience. And in case you hadn’t already guessed, before long, he’ll be putting his skills to the test in the courtrooms of Britain in some very interesting and highly engaging cases.

The Ace Attorney series has long been known for it’s spectacular writing, filled with appealing plot twists and eccentric characters and The Great Ace Attorney games continue to nail that. Despite starting with a clean slate of new characters, the interactions, the humour and well rounded characters quickly cement these games as worthy entries in the franchise. You’ll come to love Ryonosuke, Kazuma, Susato and the outlandish Herlock Sholmes, a famous British detective who teams up with Ryonosuke to assist on solving the cases. The team have cleverly avoided infringing on some copyrights but we all know who he’s intended to represent (wink wink). 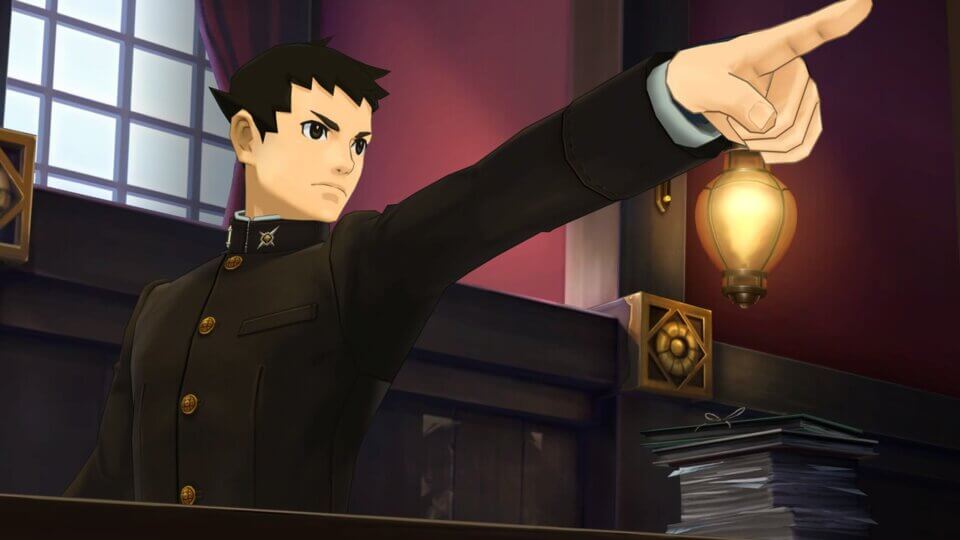 The core gameplay loop of The Great Ace Attorney games is not to dissimilar to the structure of the other Ace Attorney games. The game is presented as an interactive visual novel, with each of the cases consisting of 2 main phases. The Investigations component and the Courtroom Trials portion. The investigation side is where you’ll be understanding the crime scene and collecting and piecing together pieces of evidence to use during the main trial which is where you’ll be trying to prove your case and get the judge and jury to ultimately agree with your findings. Each case feels nicely unique, so even though each of the cases you’ll solve throughout the 2 titles follows the same overall structure and gameplay loop, they’re different enough where it counts that the games never feel slowly paced or repetitive. There are certainly cases that I found to be more interesting compared to some others, but thankfully, even if a particular case isn’t your cup of tea, it’s only a few hours (most of the time) until you’ll be able to take the next jump in the story and start another.

The game makes you feel clever when successfully completing the investigations, solving puzzles and presenting the evidence. You’re often presented the logical next step without it feeling like you’re being spoon fed the whole experience of the cases. So if you’re paying attention, majority of the time it will be fairly clear what you’ll need to do to progress but it’s handled in such a way that it doesn’t become predictable or ruin the upcoming twists. You still feel satisfyingly smart when you solve the puzzles and get the desired result for the case. 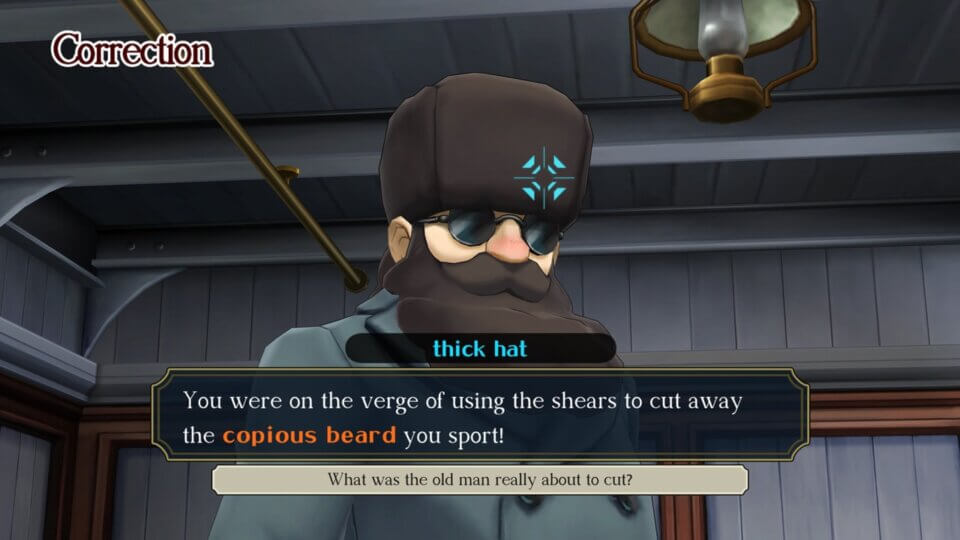 In the past, each of the Ace Attorney games typically introduced a new feature, providing players a new mechanic to solve cases and The Great Ace Attorney Chronicles is no different.
New to these games is the “Dance of Deduction” process, which occurs during the investigation phase of the case when you’re alongside the aforementioned Herlock Sholmes. Sholmes has a bit of a habit of jumping to (incorrect) conclusions when looking at the evidence before him, so it’s up to you to inspect things from a different point of view and discover additional clues or perspectives to uncover what’s actually occurred and set his predictions on a more truthful path. And unlike some of the previous Ace Attorney titles, cases are decided by a jury panel. It’s not just the judge you’ll need to convince this time around as these games are more closely designed around the British justice system.

On the presentation side, the environment backgrounds and character models are more detailed than they’ve ever been and look fantastic. The game has come a long way from the 2D art that earlier entries in the franchise utilised, with the characters in the Great Ace Attorney Chronicles having fully animated 3D models that really show off each character’s quirky expressions. 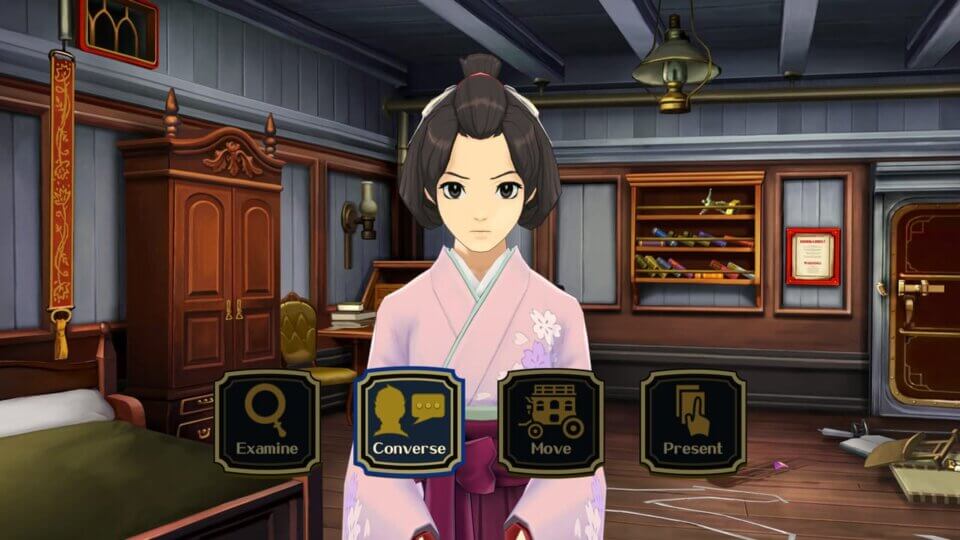 The translation and localisation has also been handled incredibly well. Aspects of Japanese culture that may be required for further context or to understand jokes is explained well and overall the story of both titles remains coherent throughout the twists and turns presented within the games. It was great to also see that the characters within the story that are from Japan and England are written with a voice that reflects where they’re from and further engages you with the intricacies of that culture to make the characters feel more real.

The Great Ace Attorney Chronicles also features a couple of nifty gameplay features that may make your experience a little more comfortable. There’s an auto play feature that will auto continue the story’s text only requiring input from the player when requires to collect/present evidence or make decisions etc. And then there’s the Story Mode setting that can be activated from the settings screen. If you want to sit back and enjoy the story like it’s one massive episode of Law & Order this may be for you. Story Mode with auto play through the games for you including the main inputs so that you can sit back and just enjoy the story. 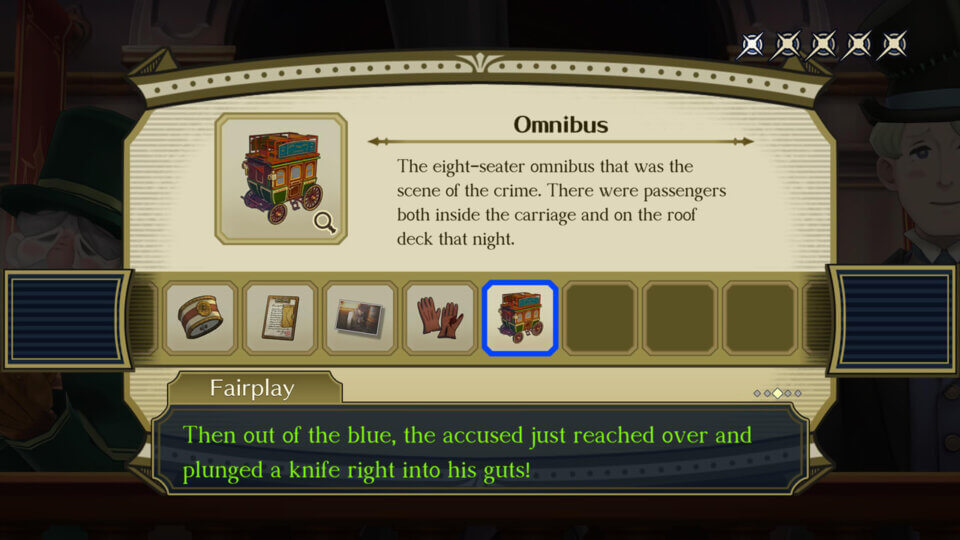 Overall, I had a blast with The Great Ace Attorney Chronicles. Despite taking place in a new setting with a new cast of characters, it feels right at home with the rest of the titles in the Ace Attorney franchise when it comes to overall enjoyment and writing. I really enjoyed the flow of the cases presented across these 2 games. I played the collection on the Nintendo Switch for review and loved the added portability offered by the system and to be able to jump in and out of the game more freely if I wasn’t near my main TV. The collection is also available on PS4 and PC but wherever you choose to play it, you’ll undoubtedly have a great time with Ryonosuke and the new gang.

A Nintendo Switch review code was provided by the publisher for the purpose of this revieiw.