When it comes to games, there are few, at least in the modern age that are seen as iconic. The Elder Scrolls V: Skyrim is without a doubt one of those games. Not only has it been consistently enjoyed and talked about for the whole 10 years since it’s release, it’s also gone on to inspire so many games, and their systems and mechanics in the years following it’s release. Now exactly 10 years after originally releasing, the new Anniversary Edition is launching and bringing with it a heap of new content to further expand your dragon filled adventure.

It’s often joked about how many times Skyrim has been re-released at this point. And although it’s become a meme that’s even been acknowledged by Bethesda themselves, it’s always brought up it a comedic tongue and cheek way because at the end of the day, we’re always looking for a new reason to play Skyrim again and each release has brought something new to the table. This Anniversary Edition brings some next-gen upgrades, new systems and integrates Bethesda’s Creation Club content into the game bringing plenty of new quests, items and other cosmetic additions. 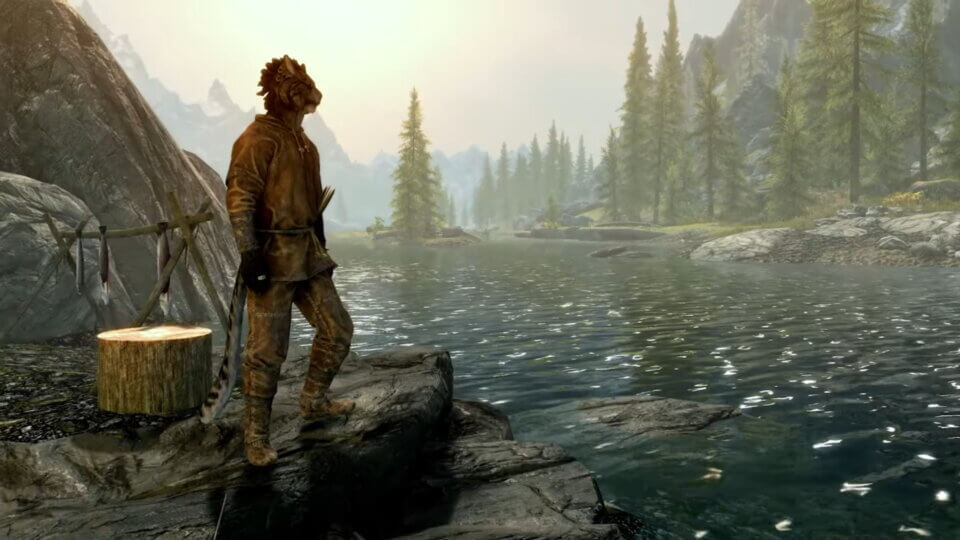 Typically my reviews would focus on explaining the game’s systems, story and world but given Skyrim has been out for 10 years, it’s not a part of the game that people would have any difficulty already understanding. So instead this review is going to primarily focus on covering the new features extending the game in this release celebrating the game’s 10 year anniversary. But for those that may somehow be completely new to The Elder Scrolls series, and specifically Skyrim, just know that it’s a fantastic Norse inspired medieval RPG where you play as a character stuck in the middle of a civil war that discovers they are ‘Dragonborn’, a person of Dragon lineage that is prophesised to defeat the invading dragons and their god of destruction Alduin.

The Anniversary Edition content is broken into two main components. There’s the free upgrade that is available to all existing owners of Skyrim: Special Edition and the content that’s available via the paid upgrade path for existing owners of Special Edition or those that purchase the full Anniversary Edition. The free patch that’s available to all players includes some Creation Club add-ons such as Fishing, the Saints & Seducers quest line and Survival Mode and if you’re playing on a new generation console, the patch also grants access and enhanced version containing upgraded visuals, increased frame rates and best of all, faster load times. 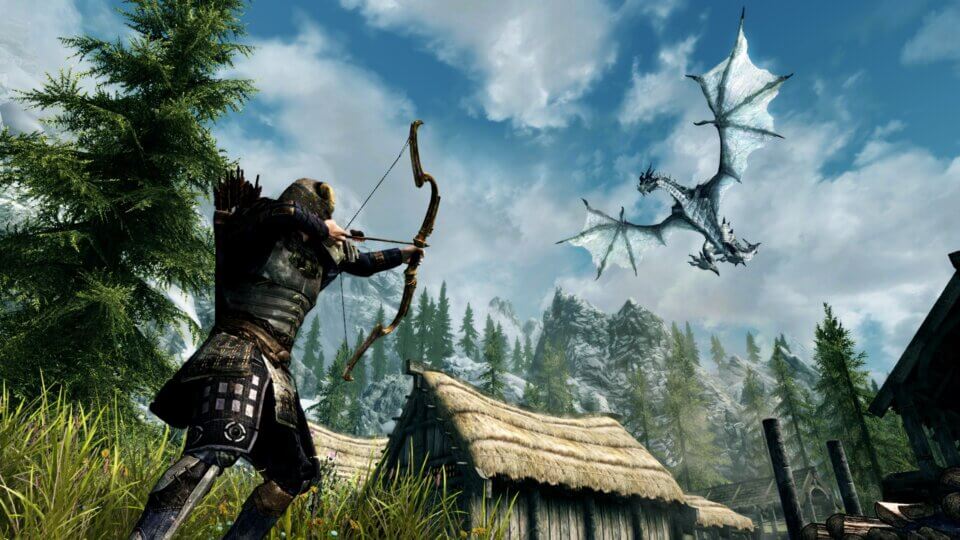 I played through the Anniversary Edition for this review on a PS5 and really loved the improved frame rates offered, but as mentioned, the most noticeable new enhancement I noticed was the game’s loading times. Previously when loading the game, heading into new areas or fast travelling you could sit on Skyrim’s black loading screen reading game tips & lore and rotating the in-game models sometimes upwards of a minute (especially if you originally played it on the PS3 like I did), but with the technical improvements of the PS5, loading times rarely lasted more than a few seconds which really helps keep you immersed in the grand fantasy world rather than breaking everything up with lengthy load screens.

If there was one area that disappointed me, it was that the ‘enhanced version’ upgrade doesn’t provide too much of a graphical or texture upgrade. I enjoyed experiencing the graphical leap the Special Edition included over the vanilla Skyrim release and was hoping we’d see even further enhanced assets, textures and lighting systems implemented this time around as well that would take advantage of the hardware of the new PlayStation and Xbox systems.

For those that would like an added challenge or element of realism in their Skyrim experience, the Survival Mode is available to be turned on from the start of the game now too. By activating this mode you’ll no longer be able to fast travel, face a tougher challenge with enemies and you’ll also have to manage your character by eating, drinking, sleeping and finding shelter to stay warm. This mode also tweaks your character to have a more realistic carrying weight, meaning you’ll need to manage your items closer as you won’t be able to hoard everything you come across. 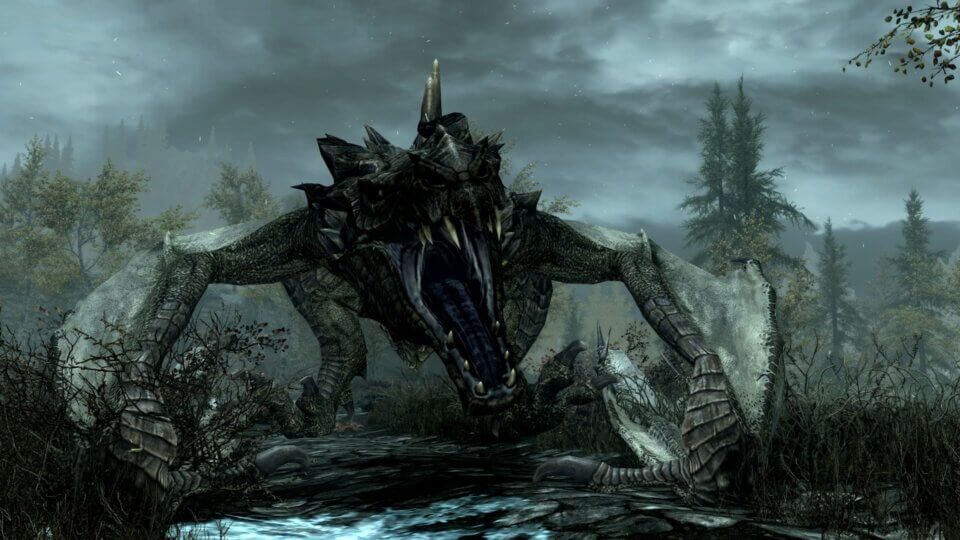 The next larger scale addition that hasn’t featured in earlier Skyrim releases is fishing. With the regions in Skyrim including numerous rivers it makes a lot of sense to include the ability to fish as realistically it’s likely that it’s something many of the inhabitants of this land would know how to do. The fishing system itself is quite basic, but it is a nice addition to the game, providing something fresh to jump into between quests to break up your adventure. And the fishing mode comes with it’s own goals and quests too with almost 30 different fish species to find and collect, it provides further incentive to throw a line in the water when you find a new fishing spot.

The paid component of the Anniversary Edition upgrade will grant you access to the Skyrim Creation Club content to further tweak and enhance your game. Previously these Creation Club mods had to be purchased piece by piece from the Creation Club store, but upon upgrading to the Anniversary Edition you’ll have over 500 elements to download and install into your game. These mods further extend the existing game with elements including new items, alternative appearances, armour, spells, dungeons and even quest lines providing even more things you’ve likely never experienced in this already massive world. Upon downloading and installing the add-ons you’ll find the content pieced throughout the whole adventure nicely too, so you can naturally come across the new content as you adventure through the game. So whether you’re starting a brand new journey or importing an existing save into Anniversary Edition, there’s new things to experience regardless of your current level and more to continue to discover as you level up. 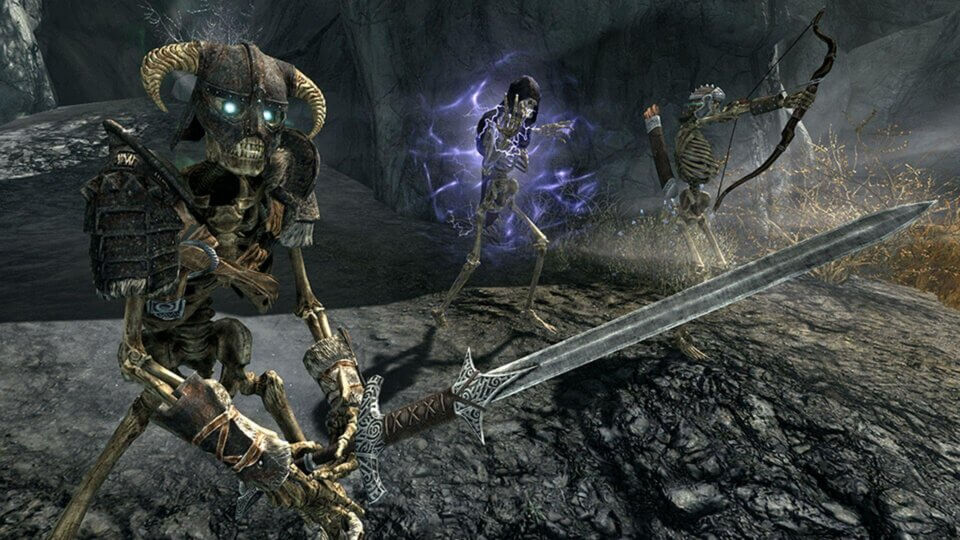 Ultimately, Skyrim Anniversary Edition offers more options for player choice. It’s the same core game we’ve been enjoying for 10 years but now with some new quality of life enhancements and a bunch of content that can be activated to modify the game. There are over 500 new elements that can be activated to tweak your experience. Some of the content may be for you and some won’t be, and that’s fine, you have the choice to use what you want.

If you’ve never played Skyrim in the past, this is also the best current bundle to pick up. And if you have, you know it doesn’t take much to push you to starting another playthrough, and there’s plenty to see here. Skyrim is one of my favourite games of all time so it’s great to be back in this world again and have some new toys to play with.