Spoiler Warning: This review does contain minor plot information detailing the opening and setup for the story, as well as some minor details for some of the realms. If you are sensitive to spoilers or would prefer to go into the game knowing absolutely nothing about the plot or the world, just know that so far Tales of Arise is a great game with great characters and is a JRPG I think many people will find really special.

The Tales series is something that for one reason or another flew under my radar in the past or failed to grip me the same way other long running JRPG franchises had. But seeing the changes implemented in the latest entry, Tales of Arise when it was first announced, it instantly changed my perspective and I knew it was a game I needed to check out. I’d previously only dabbled with Tales of Xillia and Berseria in the past, but neither was able to keep me engaged for more than a few hours and moved onto something else. Thankfully Tales of Arise has changed my perspective on the whole series. I found it incredibly engaging, right from the get go and it’s characters and gameplay are some of the best I’ve experienced in a modern JRPG. 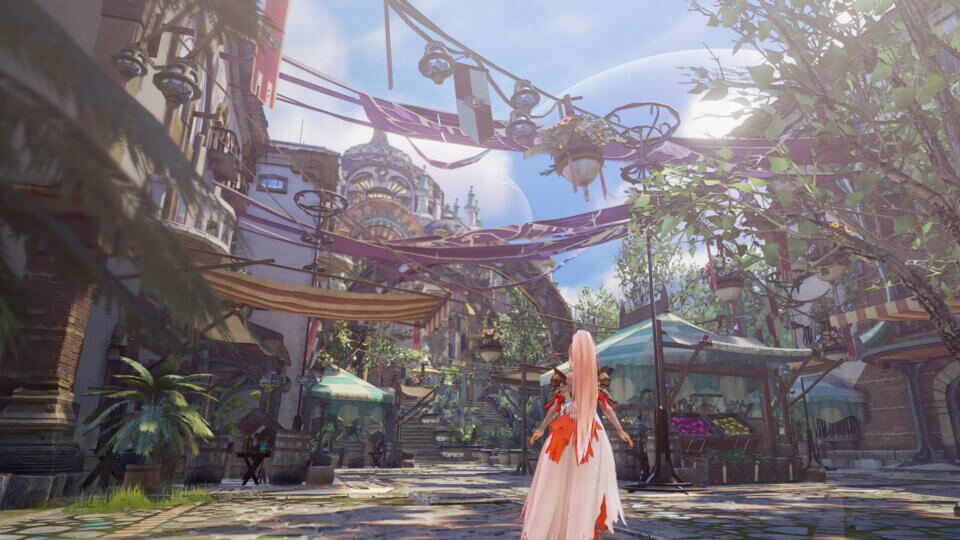 The setting of Arise takes place on the world of Dahna, one of two waring worlds referred to in-game as the Twin Worlds that had been invaded by the technology driven world of Rena 300 years ago. There has been a long ongoing feud between the two worlds for that period, resulting in the humble Dahnans despising the oppressing force that is the Renans, and the Renans treating the Dahnans as nothing more than slaves on their own world. Every lifeform on the world of Dahna possesses Astral Energy and the Renans have currently spent 300 years putting the Dahnans to work mining the energy for the Renans to suck up and use for their own nefarious purposes.

That is until a group of resistance fighters decide enough is enough and decide to fight back against the Renan forces and their 5 lords, introducing the main protagonists of the game kicking off the main plot. Without spoiling too much about the key plot events or characters, I was immediately drawn into the story due to it’s first protagonists introduced, Alphen and Shionne. They do utilise some famous anime story tropes to help get you engaged such as the amnesiac protagonist that doesn’t remember his upbringing or how he got to Dahna and also the dual opposites trope. For some reason, Alphen is unable to feel pain and Shionne is cursed to inflict pain to anyone that comes into physical contact with her. Seemingly making these two the perfect match to head off on a long quest together throughout the world of Dahna to eliminate the sinister lords now ruling over the world. 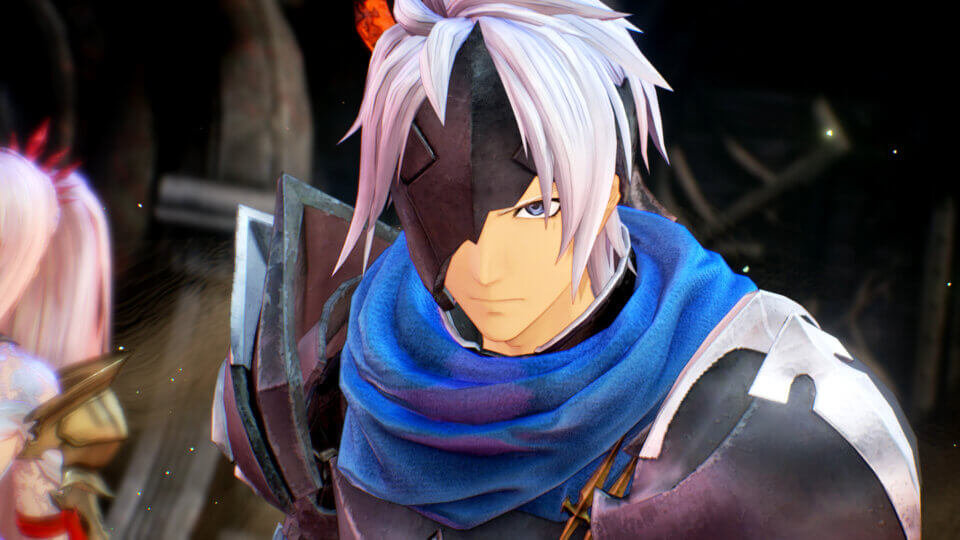 Tales of Arise utilises Unreal Engine 4 to present a very vibrant and beautiful world. Each area, or ‘realm’ of Dahna presents it’s own drastically different sets of biomes, Zeugles (which is the name given to the monsters and creatures you’ll fight), activities and political beliefs. For example the starting region of Calaglia is presented as a hot, arid desert where fires rage throughout the land. This is drastically different to it’s neighbouring realm of Cyslodia, which is forever shrouded in darkness, covered in snow and has creatures that thrive in the cold. The changing biomes presented in each of the realms keeps things not only visually interesting as you progress through them, but it’s also great to see how the Dahnans in each realm deal with the harshness the Renans have brought upon them and how it’s affected their own politics and beliefs. Tales of Arise’s worldbuilding made the world feel large and alive and the writing and development was well paced throughout, providing a nice change of scenery every few hours throughout the adventure.

The world you play in is structured as what I’d call a semi-open world. It’s somewhat similar to what you’ll find in most of the Kingdom Hearts games to draw a bit of a comparison. The realms you’ll visit are made up of singular areas, some of which are quite large and encourage exploration, while some are the main cities, towns, dungeons and sewers that connect them all up. You’ll usually be hit with a slight loading screen between each area which is why I previously referred to it as semi-open. It all feels very segmented rather than a fully traversable landscape you’re dropped into.

Combat is Tales of Arise is a real-time action and skill based system where you’ll be able to manoeuvre your selected party member on the battlefield taking down Zuegles using a wide array of unlockable skills and wieldable weapons. When encountering an enemy while traversing the dungeons and landscapes of the game, you’ll be whisked into a separate battlefield to do combat before being placed back in the world to continue your adventure. This allows you to see the enemies you’ll be encountering before entering combat, and also give you the option to try and avoid them if you really want to. 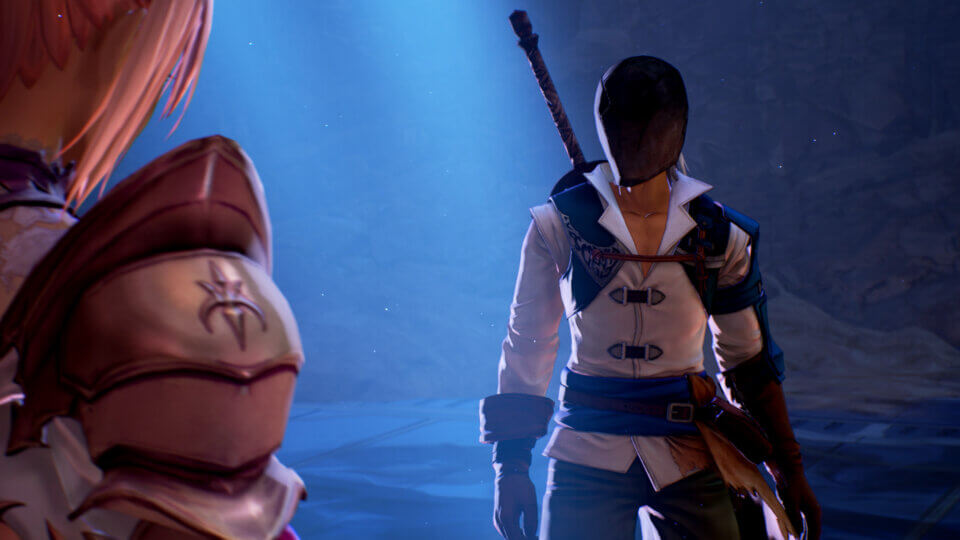 There are many, many skills to unlock and use to customise each of your party members and also plenty of weapons and accessories to craft to provide certain battle advantages and buffs. You can spend a very long time within the game’s menus finely crafting the perfect loadout for your complete team to suit your playstyle and each character’s main strengths.

Throughout battle, you’ll be controlling one character, but it’s a game where you really do feel like the complete party is coming together as a team to get the job done. Each have their own strengths and perfect times to unleash their partner skills to be most effective in battle, so while you may be slashing away as Alphen, you’ll be keeping an eye on the whole battlefield to effectively use all of your party. Rinwell for example can cancel and disable enemy Astral Arts (a special type of spell ability) as you see them being cast and Law is able to break through defences of armoured or shielded enemies as they appear on the field.

The key highlight of Tales of Arise, and the thing that I think will have this game being remembered as a great JRPG is it’s characters. What starts out as a fairly small cast of characters gradually evolves to contain a well-rounded diverse bunch that are well written and developed throughout the epic adventure.

The whole narrative is very character driven as each character has their own goals and motivations for joining the team and further changes up the game because of the skillset they bring with them. And through the skits and opting to spend time with them during the social interactions at a campsite, we get to learn a lot more about each character’s backstories and motivations in more personal moments. The introduction of new party members occurs naturally and are nicely spaced out throughout the tale. Each character is given their time to breathe as the game is paced really well when it comes to introducing new key characters and playable party members too.

The pacing is something I want to further praise, not only is the main story very well paced and instantly engaging, the introduction of sub-systems and side objectives are thrown in at a time where they feel relevant to the plot and the realm you’re in too. One problem I have with many JRPG’s is that they try and throw every system, mission type, objective and mini game at you in quick succession when you start the game and it quickly gets so overwhelming that I don’t bother using or forget most of them exist until I need them. Tales however continues to have the game evolve and progressively teach you new systems even when you’re many, many hours into your adventure. This further keeps the gameplay fresh and prevents the journey becoming repetitive or stale. I was really far into my journey before I was introduced to things like fishing, owl hunts, and farming management systems for example because prior to that, they had no plot reason to exist until that point. 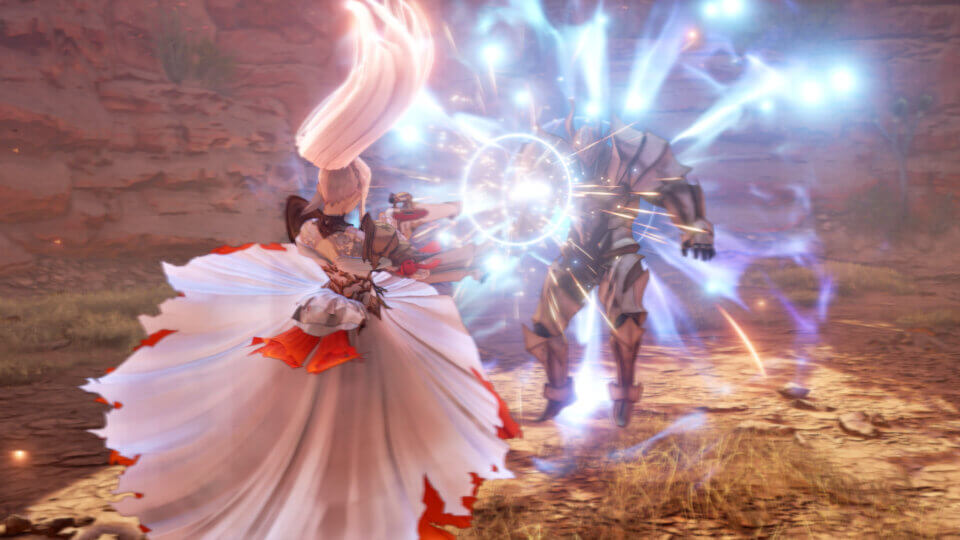 Even outside of the game’s lengthy main questline, you’ll also find plenty to do to keep you busy, or in my case distracted. Many of the side quests are quick and rewarding, to the point that I couldn’t help myself at times, putting the main quest on hold to quickly help a villager find some potatoes for a stew or clearing out a field of Zeugles preventing access to a cave. These missions are varied and extend beyond your typical fetch quests, keeping you busy for quite some time.

So far I’ve only encountered a couple of slight negatives in my time with the game. Despite the environments looking gorgeous, I did encounter quite a bit of pop-in in some areas even running the game on PS5. It never broke the game but was visually noticeable when foreground assets suddenly loaded into the level. The second thing was some of the combat scenarios felt unbalanced when it came to the difficulty. Now I’m no stranger to having to grind levels in a JRPG to eventually be powerful enough to take down a particular boss for example. But in Arise, there were times where things spiked up out of nowhere and became suddenly difficult that did cause a bit of frustration. I found myself mostly breezing through the enemy encounters and even the sub-bosses in each realm and then having a really hard time overcoming the lord of that realm after thinking I was really well levelled and skilled leading into the encounter. Each boss has it’s own learning curve and attack patterns to learn, and I have no doubt some players will enjoy the sudden challenge and call for a grind of levels but it was the only point of frustration and slowdown to the pacing I’ve experienced throughout my time with the game. 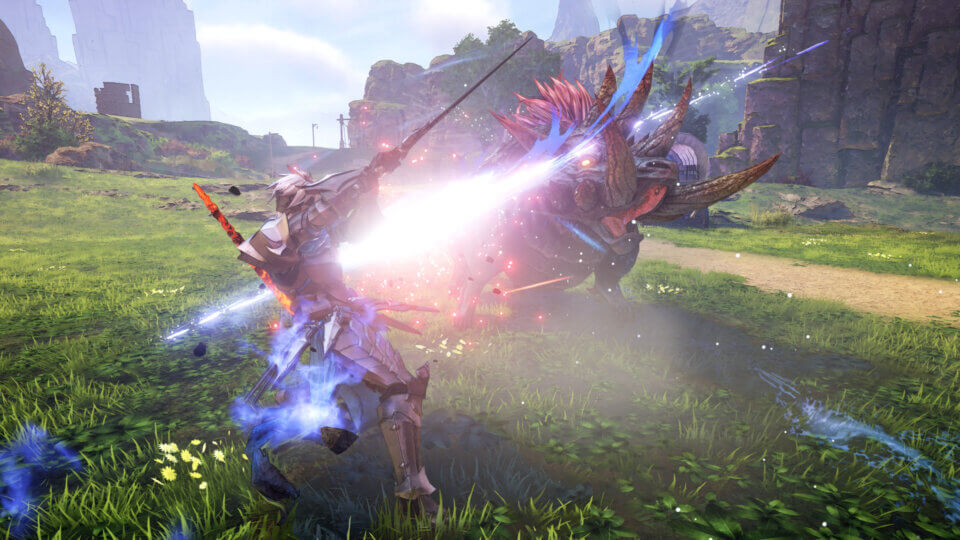 Tales of Arise is a notable step forward for the series, and it’s actually made me want to go back and investigate previous entries I’ll need to add to my gaming backlog. It’s full of fantastically written characters, a well developed world and drastically different biomes that assist in keeping everything visually interesting. I’ve had a great time with the game and can’t wait to see what’s next for these characters I’ve already fallen in love with.