After a six year break since we last saw him in Little Big Planet 3, Sackboy is back and ready to be the star of his own new adventure. Sackboy: A New Adventure takes the much loved PlayStation mascot and the vibrant, quirky style of the Little Big Planet games to deliver a really fun 3D platformer that can be enjoyed either on your own or playing side by side with friends.

Unlike the Little Big Planet games who’s stages and puzzles very much centred around that series’ creative systems. The levels in A Big Adventure aren’t designed around building things to solve puzzles like they were in Little Big Planet, in fact the creating side of those games has been mostly removed from this title, and instead focusses on delivering a well designed and entertaining character driven platformer.

The game wastes no time throwing you into the main story and teaching you the ropes of how to play. The main plot of A Big Adventure is based around Sackboy trying to save the inhabitants of Craftworld from Vex, a simplistic but sinister villain that appears right in the opening scene of the game and plunges Craftworld into chaos. Kicking the game off with a bang, and in turn presents Sackboy with his overall goal.

The designs of the various worlds, it’s levels, and the puzzles were surprisingly varied and kept things interesting and original throughout the 10 hour journey I had with the game. The stages each have numerous sub-objectives for those that love additional challenge outside of just successfully navigating to the end of each level and moving onto the next. 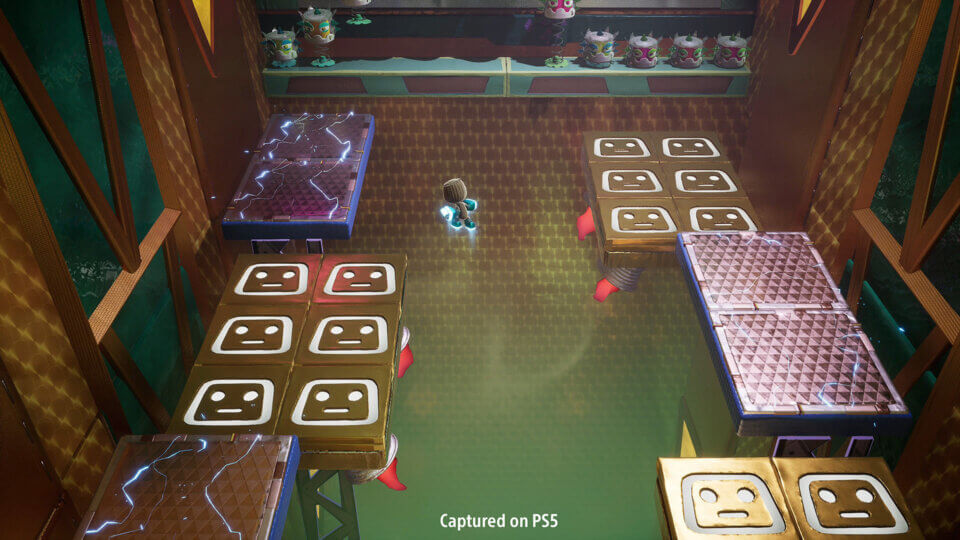 And for those that are looking to witness everything on offer, the stages will likely take multiple attempts to see and experience everything. Finding all the collectible costume pieces, gaining a gold rank by collecting the max number of hidden orbs and completing a death-free run in each stage will certainly extend the replayability aspect of A Big Adventure.

Outside of the visuals, which are fantastically detailed, one thing that surprised me in A Big Adventure and became a highlight of my experience was the music. The games has a catchy and tranquil score throughout its stages and some levels also feature licensed music tracks whose beat and pacing are also experienced throughout the levels as things interact directly with the timings of the songs and often left me both surprised and grinning.

As mentioned earlier, Sackboy: A Big Adventure can be absolutely enjoyed as a solo experience. But the game has been fully designed to utilise multiple players. You and 3 friends can jump in and enjoy each of the levels of the adventure together. There are certain stages that are designed around being played with multiple people, and these do appear locked on the main map if you’re playing solo. But you are still able to complete the majority of the presented levels and experience the whole story playing just on your own. Many of the levels have numerous branching paths and things to do to keep both players busy while making their way through the stages so there’s plenty on screen to keep everyone busy while working through the levels.

At the time of playing, the game only featured local co-op, but online multiplayer is confirmed to come in a planned update. 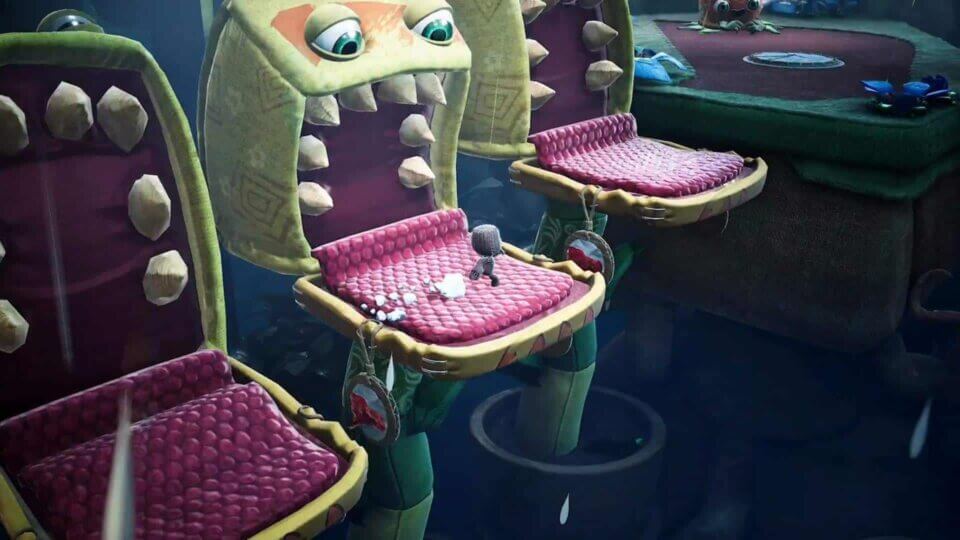 My overall experience with A Big Adventure was very positive but I did have some issues mastering landing jumps in a precise manner, especially in environments or puzzles that utilised the depth component of a 3D area.

I often found myself having to jump and attempt to redirect numerous times to actually land on the item or enemy I was trying to aim for, quite often missing my spot and taking damage or falling of the ledge of a fine platforming section. I would have loved to have seen something similar to the highlighted shadow mechanic used in the most recent Crash Bandicoot game to give some kind of indication as to where Sackboy will land after completing a jump or hover through the air, just to provide a bit more control which can be especially crucial during technical platforming puzzles or when facing enemies that have to be jumped on in a specific way or time to defeat.

Sackboy: A Big Adventure is available on both PS4 and PS5. This review is based on the PS5 version of the game and if you already have your hands on Sony’s next gen console, it’s where I would recommend you play it. Not only does the PS5 version come with increased loading speeds, it utilises what I believe to be the best new feature of the console. The DualSense. The controller’s haptic feedback really does give the added sensation of walking over different terrain within the stages and the adaptive triggers are also utilised in areas where Sackboy needs to pick up and throw differently weighted items or enemies.

I wasn’t sure we would be seeing Sackboy again after not seeing him in over 6 years, but I’m certainly glad he’s back and front and centre in this engaging platformer that can be enjoyed by people of all ages. I’m certainly keen for his next adventure, and really hope we don’t have to wait so long next time.