There are times in life where 2 great things can come together and complement each other so well that it creates another great and unique thing. Peanut butter and chocolate for instance, or in the world of games I can recall Pokemon Conquest, which combines the Pokemon series with Nobunaga’s Ambition to create a Pokemon experience unlike anything I’d ever experienced. Although combining franchises together doesn’t always result in instant success, look at this years’ Jump Force for a perfect example. But thankfully with Persona Q2: New Cinema Labyrinth, ATLUS have merged together the key gameplay formulas from 2 of their longest running series to produce a game that is incredibly fun, charming and full of references and callbacks that fans of the Persona series will love. 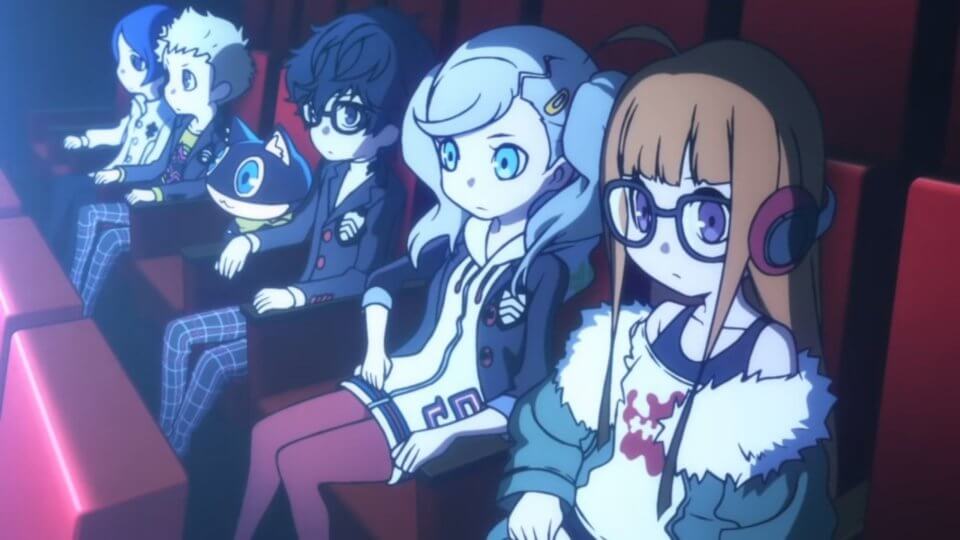 Persona Q2 as the name might suggest is a follow up game to 2014’s Persona Q: Shadow Of Labyrinth. ATLUS have taken the groundwork and formula laid down in that first game and expanded it further to deliver a captivating story packed full of characters we love from the Persona series and a boat load of fanservice.

The story of Persona Q2 is quick to kick off and quite engaging. Those familiar with Persona 5 will see some of the concepts mirrored from that game, but it begins with the Phantom Thieves grouping together for a mission that results in them them becoming trapped inside a mysterious movie cinema. The door to escape possesses 4 locks, and to retrieve the required keys the Thieves will have to dive into and explore a number of films. Each of the films feature a different core genre and location to adventure through, ranging from superhero’s to disaster and sci-fi movies and each posses their own enemies and bosses to take down. Thankfully you come to discover that the Phantom Thieves aren’t the only ones trapped in these films. Quite a few familiar faces from the Persona franchise are also able to be met and recruited throughout your journey helping in your quest to find a way out of the cursed cinema. 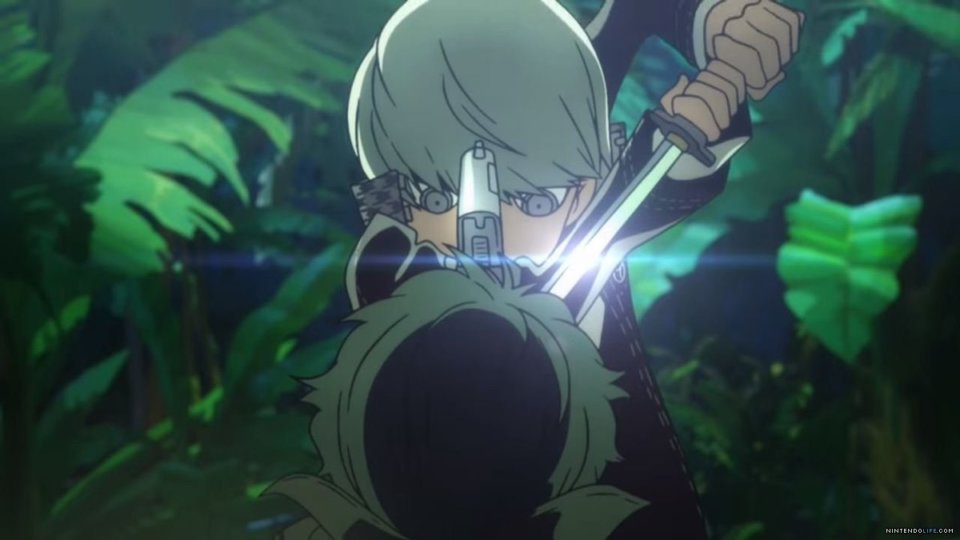 This main story in Q2 is a new and original adventure and isn’t a direct retelling of any previous Persona games. Because of this, you don’t necessarily have to have played any of the core entries in the Persona franchise to enjoy it, but you will be missing out on a ton of smaller references and character backstories as Q2 makes no effort to bring you up to speed with the characters’ histories and motivations but at the same time they aren’t required to understand and follow the original plot of Q2.

Where Persona Q focused on blending together the Etrian Odyssey gameplay formula with the characters and themes from Persona 3 & 4, Q2 now brings the cast of Persona 5 into the mix. Leading to moments of pure joy when characters from the 3 core entries interact with each other during the story mode, often resulting in humorous banter and moments of pure joy.

And ATLUS have handled the implementation of 3 core casts quite well. You’re not thrown straight into a plot where you’re required to juggle and follow close to 30 main characters right away. Although the game does feature the core casts of P3 and P4, the primary focus of the story sits with the Phantom Thieves from Persona 5. This makes sense as it is the latest core entry in the Persona series and the cast from 3 and 4 were given the spotlight in the first Persona Q game. You’ll adventure through following the Phantom Thieves for quite some time and gradually come across and recruit legacy characters the more you play. Even 20+ hours in I was still meeting and unlocking characters from Persona 3 allowing me to continuously modify my party if I chose to. 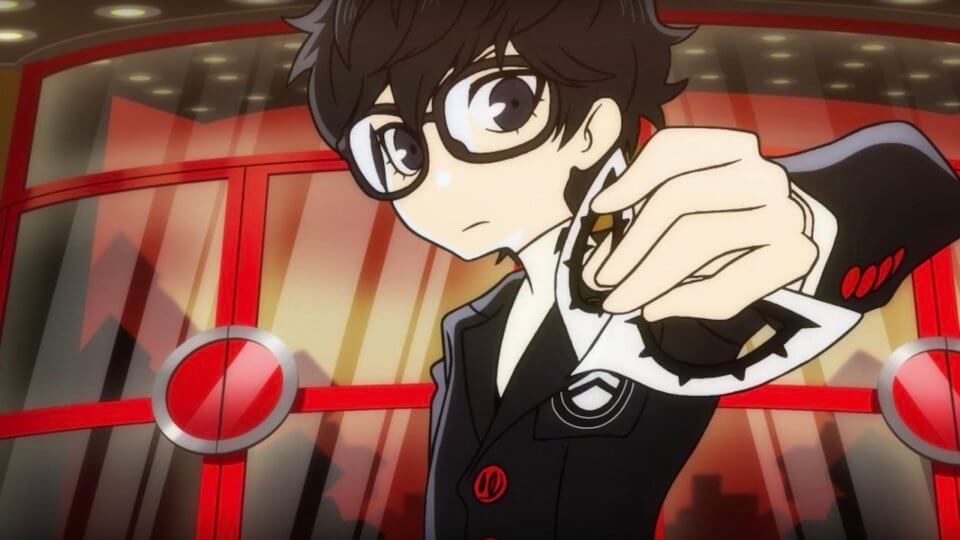 The presentation aspect of Q2 is pure Persona, but the gameplay sits more in the Etrian Odyssey camp. You’ll spend much of your time adventuring through dungeons, locating items, managing the status of your party and taking down enemies using the Etrian inspired, turn based combat system that has seen some new Persona mechanics, such as the baton pass and All-Out-Attack implemented.

Dungeon maps must be created manually using the bottom screen of the 3DS, with you drawing out the dungeons layout, marking each key area, treasure and trap along the way using the stylus. But much like the latest Etrian Odyssey game there is an auto map feature that will create the layout as you progress for you. But I have always found manually documenting my adventure to be one of the unique and defining features of an Etrian Odyssey title. 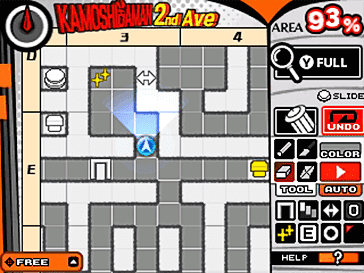 The first thing you’ll likely notice before even booting up Persona Q2 is it’s art direction. The characters are now featured in a charming chibi art style which has become the norm in these ‘Q’ titles and has likely been implemented so the game can run well on the limited hardware of the 3DS. I loved the designs and found them very pleasing to look at and each of the characters’ designs translate well to the modified art style. The persona series, especially the 5th entry bleeds style in just about every aspect of the game, and that same style has carried across to Persona Q2 and can be seen in the game’s UI, menus and dialogue boxes.

Other than being known for crafting interesting worlds, developing great characters and gushing with style the Persona series is also loved for it’s iconic music, so much so that there have been numerous Dancing rhythm games released in recent years showcasing the outstanding tunes of the series. I was so glad to see that the music in Q2 is top notch as well, and comes through the 3DS speakers quite well but I would still recommend headphones if you want a higher quality experience. The soundtrack blends together key tracks from the 3 entries featured in the game and will be stuck in your head long after you put the 3DS down. 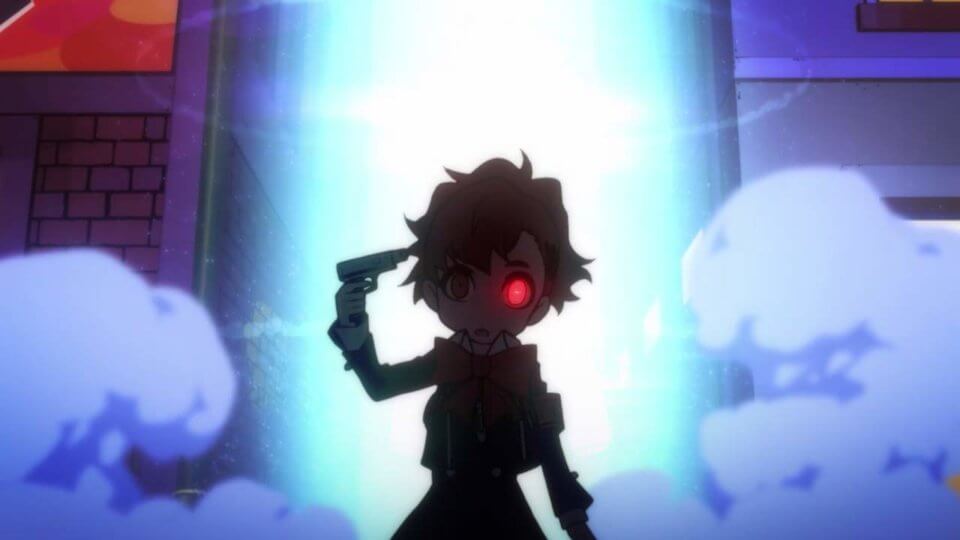 I loved my time with Persona Q2, but if there was one minor gripe I had with it it’d be the lack of an English voice track. The Western release of the game does feature the original Japanese track and all of the game’s dialogue (there’s a lot of it) has been localised but I would have loved to have seen the English cast come back to lend their voices to the characters once more. I was aware that the game was likely not going to be dubbed in any way but I was still holding out hope after seeing the Persona 3 & 5 Dancing games receive a fully voiced adaptation late last year.

Persona Q2: New Cinema Labyrinth is a fantastic game and a quality send off for the Nintendo 3DS. Best of all it treats the Persona license with a lot of respect and acts as a fanservice filled love letter to fans of the last 3 Persona games. If you like labyrinth based dungeon crawlers filled with great character interactions then there’s a lot for you to love in Persona Q2. And I do mean a lot, there’s easily enough content, ‘special screening’ missions and persona’s to fuse to keep you playing for over 50 hours.

A review code was provided by the publisher for the purpose of this review.