The Persona series, while hardly a new franchise has seen massive growth in the past few years. It had already been on a steady climb after 2008’s fantastic release of Persona 4, but things went to another level back in 2017 when the long awaited Persona 5 finally launched. It’s engaging setting and well rounded characters lead to numerous spin off titles featuring the cast and the main protagonist, code-named Joker even made his way into Super Smash Brothers. Now almost exactly 3 years on, ATLUS have reworked the existing game in a plethora of ways to give us Persona 5 Royal. And it’s definitely the best way to experience this incredible JRPG, whether it be for the first time or for a repeat playthrough. 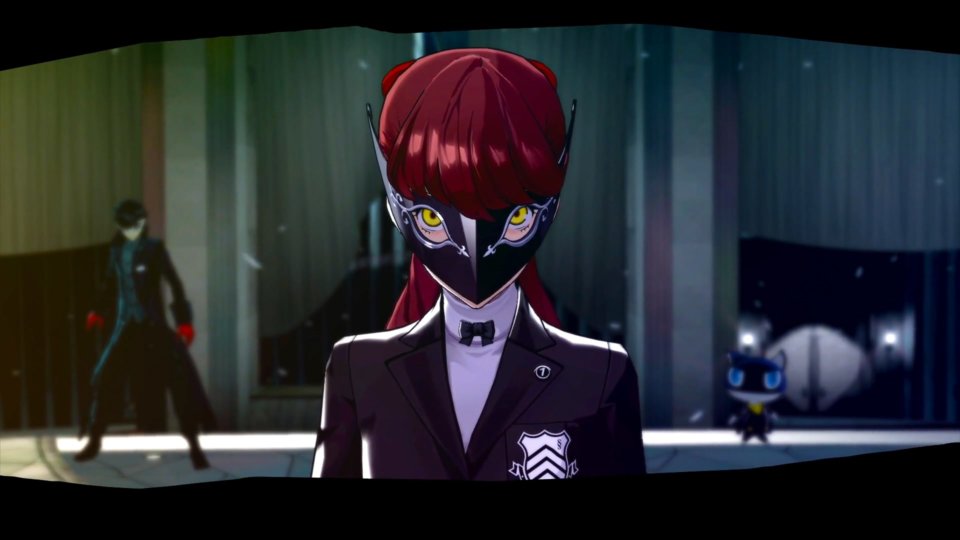 For those not familiar with the main plot of Persona 5, the story follows a year at school for a somewhat silent protagonist that you name. Due to a legal technicality, you’re sent to a new town and school to serve out your one year of probation. During your time at Shujin Academy you’ll meet plenty of great characters, attend class and mentally break a bunch of criminals. Yep, that’s right. The main plot of the game revolves around a group you’ll form with a number of other characters from within the town called the Phantom Thieves. After using a mysterious mobile app that suddenly appears on their phones, they find themselves capable of entering a persons’ ‘Palace’, a physical representation of their consciousness, where the thieves are able to manipulate the targets’ mindset by navigating through their palace and ultimately stealing their deepest possession, referred to in the game as their treasure.

The group decide to use their newfound abilities for good and set out to target the worst of the worst within the town. Progressively changing more and more hearts to delivery a morally grey level of justice across Tokyo. 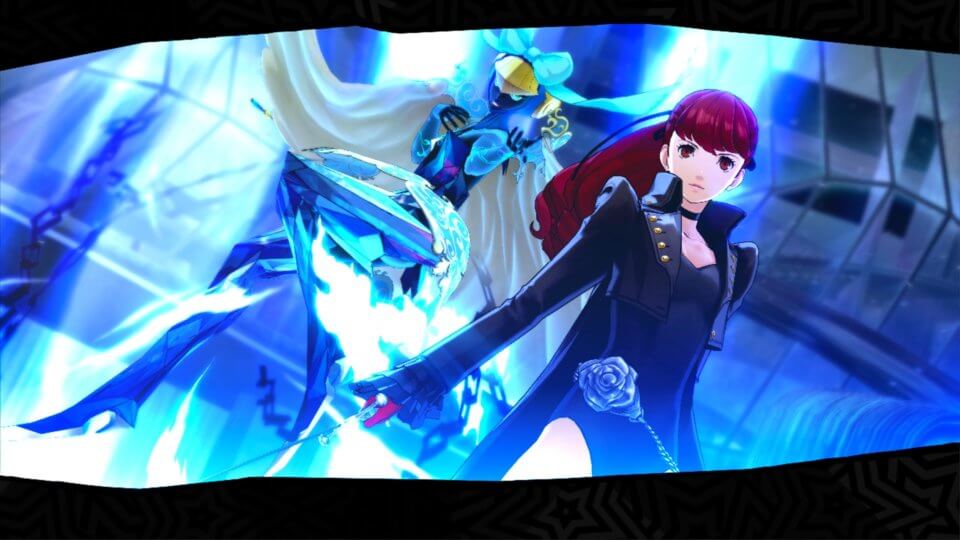 I’m not going to focus too much on the plot of the game itself, it’s great, it’s characters are some of the deepest and well written in video games in general and if you’re a fan of JRPG’s and anime tropes, go and play it, just go and jump in without knowing too much first. You’ll be better off for it.

Persona 5 Royal is the full Persona 5 experience but with a ton of new tweaks and brand new content thrown in. Now this isn’t just like a ‘Game Of The Year’ edition that includes a base game and then a bunch of disconnected side content you can access. This is a new retelling of the story that has been re-envisioned from the ground up to include these new tweaks, characters and scenes not seen in the original game, and has done it in a way that feels natural and only enhances what was already considered one of the best JRPG’s ever. 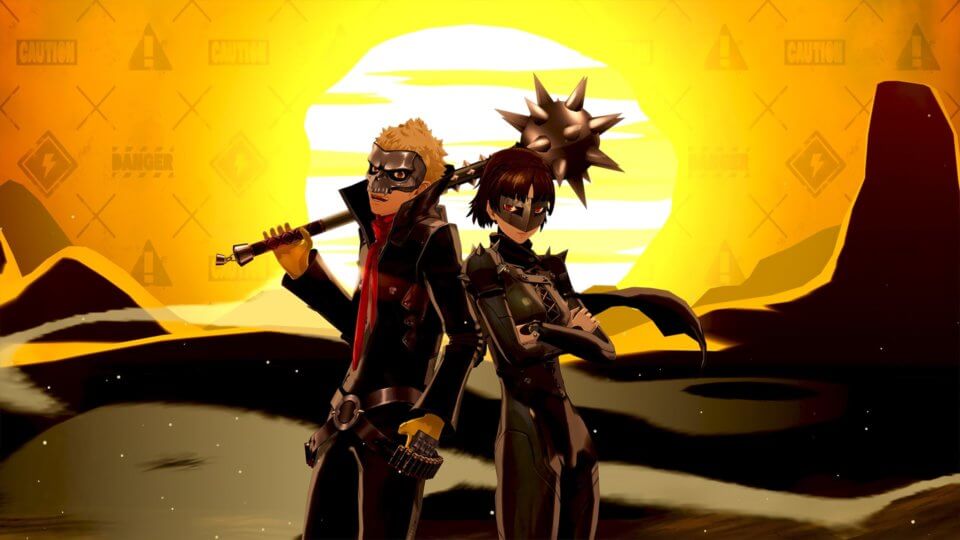 And when it comes to the new changes, there are a ton of them. Without spoiling too much, there are brand new confidants to build relationships with, a brand new area to explore in Kichijoji, where you can meet up with other characters to play a series of mini-games and further develop your social links and skills, a new grappling hook mechanic that allows you to explore higher areas in palaces to uncover brand new collectibles, a whole third semester of school life to play that wasn’t in the original game and biggest of all, the introduction and integration of Kasumi Yoshizawa, a brand new Phantom Thief that will provide a fresh spin on the story and offers her own set of skills and fighting techniques to be a valuable asset to your team as you progress through the long and deep story of Royal.

And that’s really just the tip of the iceberg when it comes to the changes introduced in Royal. There are so many other smaller tweaks and scene changes that really does make it worth playing again even if you are a Persona 5 veteran. And if you haven’t jumped on board with Persona 5 in the past but have wanted to, there really is no better time than right now. 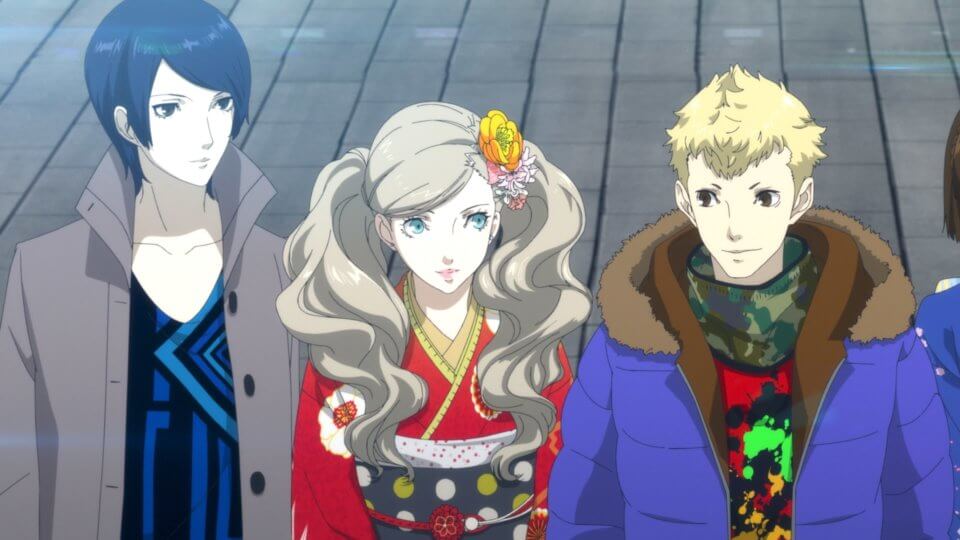 When it comes to the Persona series, other than being known for it’s gripping & often dark stories and lovable characters, the franchise is well known for its fantastic soundtracks written by the iconic Shoji Meguro. I quite often still listen to the Persona 5 OST in my personal life because it’s just that good. The tracks from the original game are still here, but Royal has also introduced a number of brand new tracks scattered throughout the game for your listening pleasure as well as a brand new animated opening clip and song that is every part the banger Wake Up, Get Up, Get Out There was.

While Persona 5, and even more so, Royal ticks all the right boxes for me in what I look for in a great game, it can’t be recommended to everyone. But I can safely say that those that are fans of anime-esque titles and JRPG’s will love it as it contains some of the best characters and localised writing in any modern video game. But as mentioned it won’t be everyone’s cup of tea due to its opening hours being a little slow pacing wise, and also for being a game that will keep you going for close to 100 hours just to see the story through to its conclusion for the first time. For those that stick with it though, you’re in for an incredible 100 hours.

Whether you’re a newcomer to the Persona series or have had a lot of experience playing through the games in the past, I can’t recommend Persona 5 Royal enough. It’s story, while very long is packed full of rewarding moments, complex characters and fantastic music. So much so that right after sinking in 100 hours into the game you’ll likely want to dive right back in and experience it again with the game’s new game+ mode. While it’s length may put some people off, and that’s completely ok, those that stick with it are in for a great time and will realise why I consider Persona 5 to be one of my favourite games of all time. Well done ATLUS, this is how ‘complete editions’ of game’s should be handled.

A review code was provided by the publisher for the purpose of this review.