Following the success of Persona 4 Dancing All Night in 2015 P-Studio began work on 2 new Persona dancing titles based on the 3rd and 5th Persona games. Both Persona 3: Dancing in Moonlight and Persona 5: Dancing in Starlight are built upon much of the same formula and gameplay systems but feature the central cast and the hit tracks from the soundtracks of their respective game. Rhythm games aren’t as prominent these days as they used to be, but after spending time with Dancing in Starlight and the Phantom Thieves I loved so much from Persona 5 I now remember why I loved the genre so much. 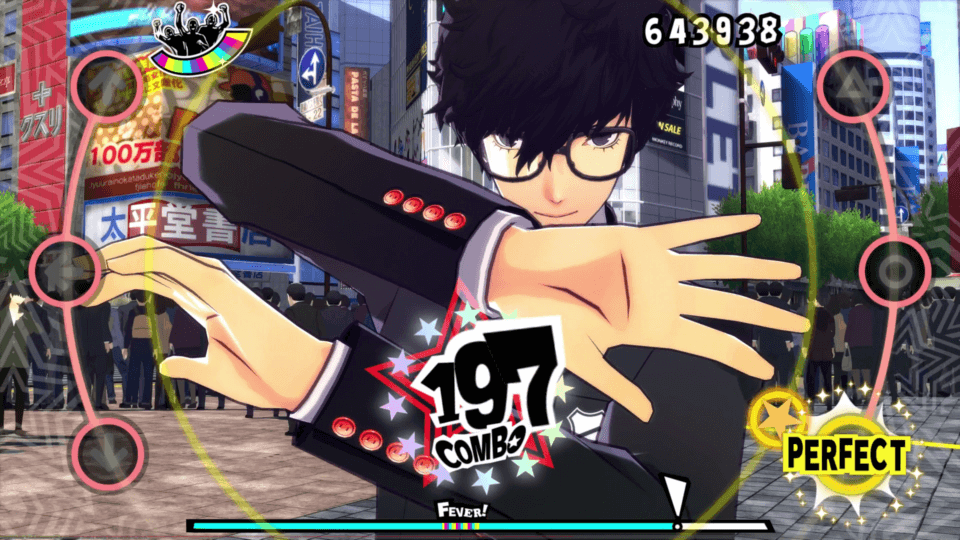 Persona 5: Dancing in Starlight begins with the protagonist Ren Amamiya waking to find himself inside the Velvet Room along with the key cast members of the Persona 5 game. That’s right, they decided to go with the protagonist’s name from the recent anime series and not his canonical manga name Akira. You find out that the twins Caroline and Justine have brought you all into the Velvet Room, now dubbed Club Velvet to compete in a dancing performance competition to settle a family feud with their older sister. This plot line also ties it into the events of the Persona 3 dancing game.

You’re also informed that you being in Club Velvet and this dancing competition is all taking place within a dream. That is why the characters are all able to perform like dancing pro’s, they’re all told that because it’s a dream they’re able to do anything they can think of. It’s also revealed that all memories from Club Velvet and dancing with each other will disappear when they wake up. This was a clever way to set the game after the events of Persona 5 but still have the events of this game have no long lasting impact to the characters and their canonical story. It also allows Dancing in Starlight to be it’s own self contained spin-off.

Dancing in Starlight doesn’t have a traditional ‘Story Mode’ like the Persona 4 dancing game did. Instead after the initial opening cutscene that sets the premise for the game you’ll primarily be spending your time in the game’s Dancing and Social modes. Dancing mode as you would expect is where you’ll be hitting the stage and dancing to the iconic soundtrack of Persona 5. While Social Mode is where you’ll be connecting with the other key characters of the Phantom Thieves to deepen your social bonds with them and in the case of Caroline and Justine forward the narrative of the game. These sequences put you in the shoes of Ren and allow you to slightly influence the outcomes of the social interactions with various dialogue options that are quite similar to the system used in Persona 5. 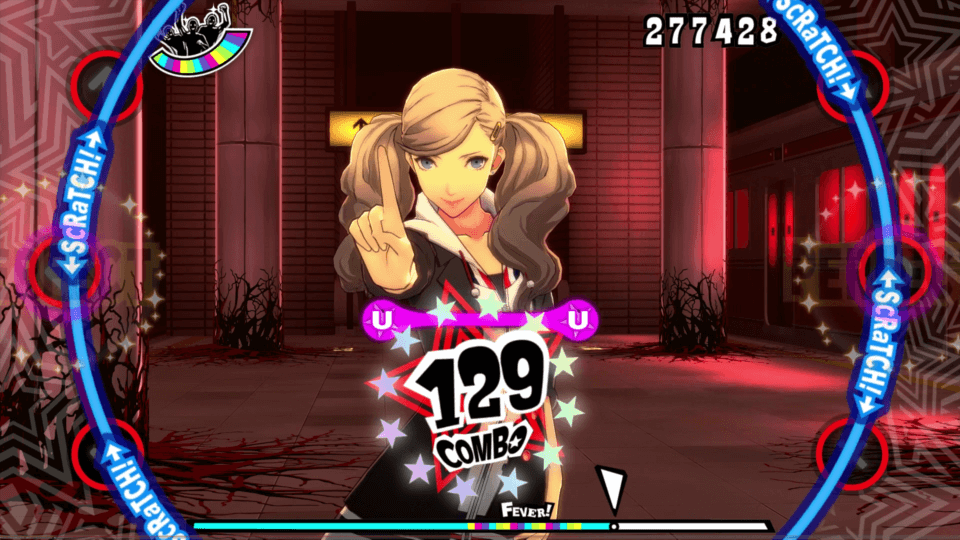 New Social interactions for each character are unlocked when certain conditions are met in Dancing Mode such as ‘Play X number of stages with different costumes’ to unlock new sequences for Ann or ‘Earn X number of Perfect hits’ to progress your bonds with Yusuke. You’ll unlock many of the social scenes naturally just by playing through the tracks but by visiting the Social Mode you’ll be able to see exactly what is needed to unlock the next scene with a specific character as well as your current progress towards achieving that goal.

After viewing these social scenes you’re often rewarded with a new pack of cosmetic items that are able to be used to customise the appearance of any of the Phantom Thieves’ dancers. These range from character outfits, masks, headphones and even comedic items like fake moustaches and noses. And there are tons of them to unlock. You’re able to adjust the appearance of any of the characters before starting a new dance and it’s even encouraged to change the outfits and accessories often if you want to unlock all of the social scenes.

The dancing in the game works on a 6 button system and definitely falls into the basket of easy to grasp but difficult to master. It uses both the main set of buttons as well as the d-pad in a way that quickly feels really natural once you get the button combo’s down and understand what the different symbols mean. 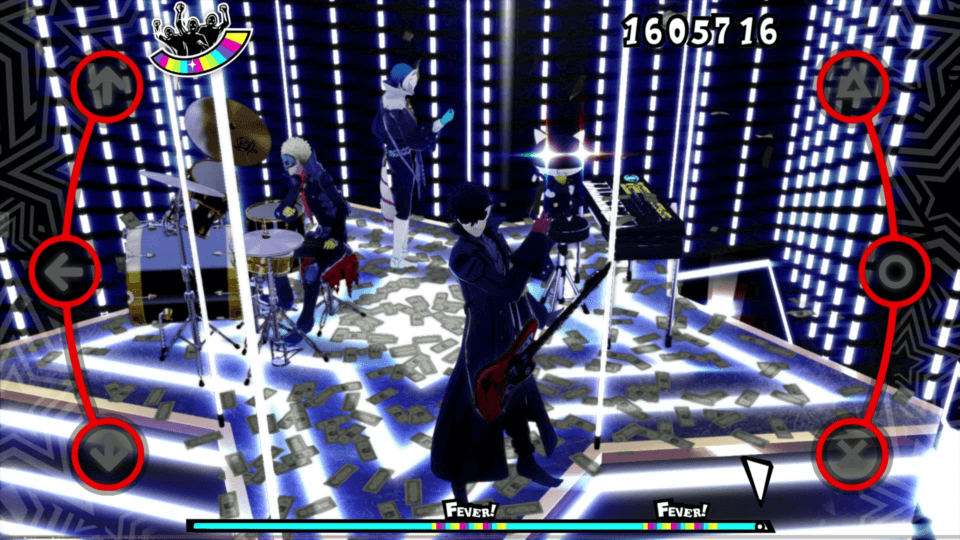 The game brought back the same feelings I had with other rhythm based games of the past such as Guitar Hero. Mainly in the sense that you’re matching up music beats with on screen button prompts to be able to successfully complete the dance. But it’s also really accessible to all types of audiences in the same way Guitar Hero was. I started out playing on easy but quickly increased my skills and bumped it up to normal and am now currently playing through the songs on hard mode, getting better each time I play. If rhythm games aren’t your thing there are a number of options available to you to help get through the stages and help you enjoy the game more. There’s the easy mode I mentioned but there’s also a tutorial mode that can help you grasp the more advanced button combinations needed as well as support modifiers that you’re able to switch on to assist you in various ways such as allowing ‘Good’ hits to not break your combo or having notes move slower.

For those that like more of a challenge though there are also challenge modifiers that do the opposite to the support ones and make the game harder. These can be turned on to allow things like instant fail for notes missed or mirroring the notes so you actually have to press the opposite button to what appears on screen.

I was glad to see that Dancing in Starlight offers the ability to play the game either fully dubbed in English or in Japanese as it’s become quite common for Japanese centric games of recent years, especially spin off titles for core series’ to release in the West with Japanese audio only. So I appreciate that Atlus went through the effort not only to dub the game into English but also get the original voice actors to come back and reprise their roles from Persona 5. 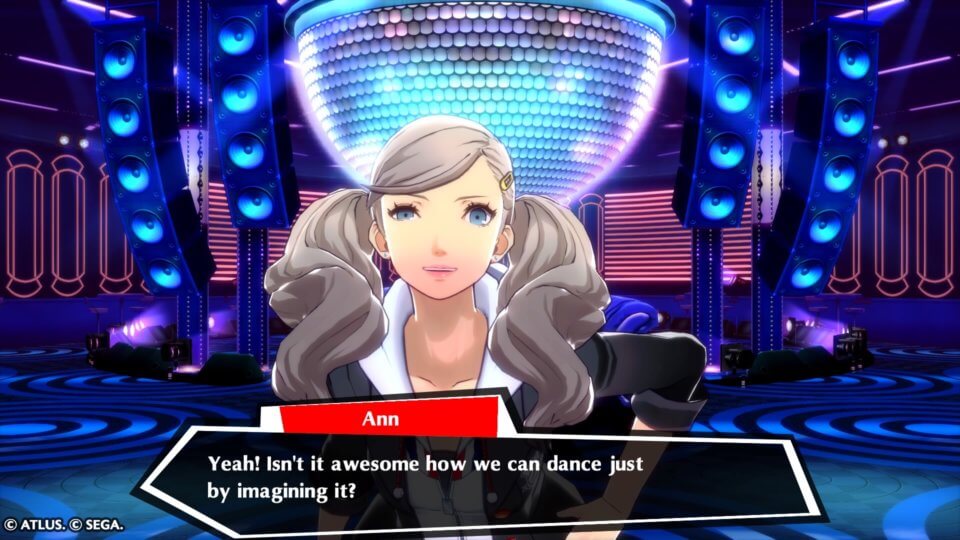 Dancing in Starlight features 25 music tracks to energetically dance through. Persona 5’s soundtrack is one of my favourite video game soundtracks of all time so I was super keen to spend more time with the characters I love from the game in a setting that pushes the music to the forefront. Hearing the newly remixed versions of some of the tracks was refreshing and allowed some of the slower tracks fit the faster paced dancing gameplay better with added sounds, disc scratches and increased BPM. Although out of the 25 tracks you’ll notice that quite a few of the tracks are repeated, primarily the popular songs like Life Will Change, Last Surprise and Wake Up, Get Up, Get Out There.

Each of these get their original OST version, a remixed version and in some cases a live performance version to dance along to. Meaning if you already thought 25 was on the shorter side it could be worse than you thought if you aren’t particularly fond of some of the repeated songs. Personally though I loved the variation provided in these tracks and view it as more of ‘a good thing can’t be bad right’? But do I wish there were more unique tracks included? Absolutely. As you’ll get through all of the tracks available in the game in just a couple of hours. But then there’s still plenty more to do if you want to view all those social scenes or unlock new costumes. 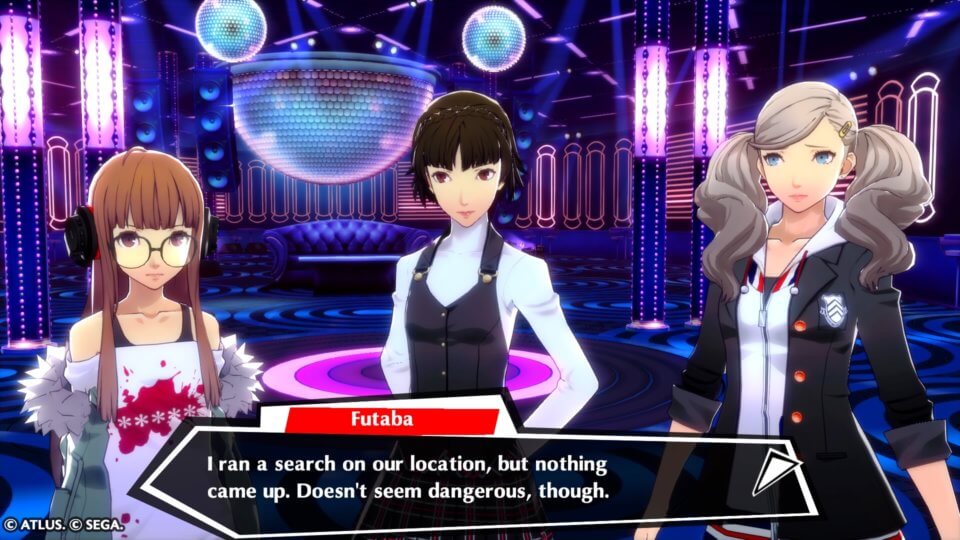 The music in the Persona series has always been one of the highlights of the franchise so I’m so glad it’s been given it’s time to shine via the now 3 released Persona Dancing titles. The dancing gameplay is easy to pick up and is extremely fun and addicting. When not playing it I wanted to get back to it to try and better my scores for the tracks I hadn’t earned a ‘Brilliant’ rating on yet. And possibly best of all I got to spend more time with Ren and the gang of Phantom Thieves, seeing the characters develop more via the game’s many social scenes. If you’re not a fan of rhythm games or the Persona series this game definitely isn’t for you as it’s a niche genre spin off of an already niche franchise. But if you are a Persona fan there’s a lot here for you to love.

Persona 5: Dancing in Starlight releases on December 4th along with it’s sister game Persona 3: Dancing in Moonlight. Both games are linked but are each standalone experiences. If you’re interested in trying both out I’d highly recommend picking up the Endless Night Collection that includes both games as well as a PS4 port of Persona 4: Dancing All Night.

A review copy of the Persona: Endless Night Collection was provided by the publisher for the purpose of this review.