When the One Punch Man anime starting getting popular back in 2015, it took me a while to come around and give it a watch because I initially thought the premise of a protagonist that could beat any enemy in one punch was extremely shallow and couldn’t possibly stay interesting for long. I’m glad that I did come around and give the show a go and realise how wrong I was. Although it’s appearance looks like your run of the mill Shonen show, One Punch Man is actually a comedy show that is also a self aware parody of those aforementioned Shonen series. 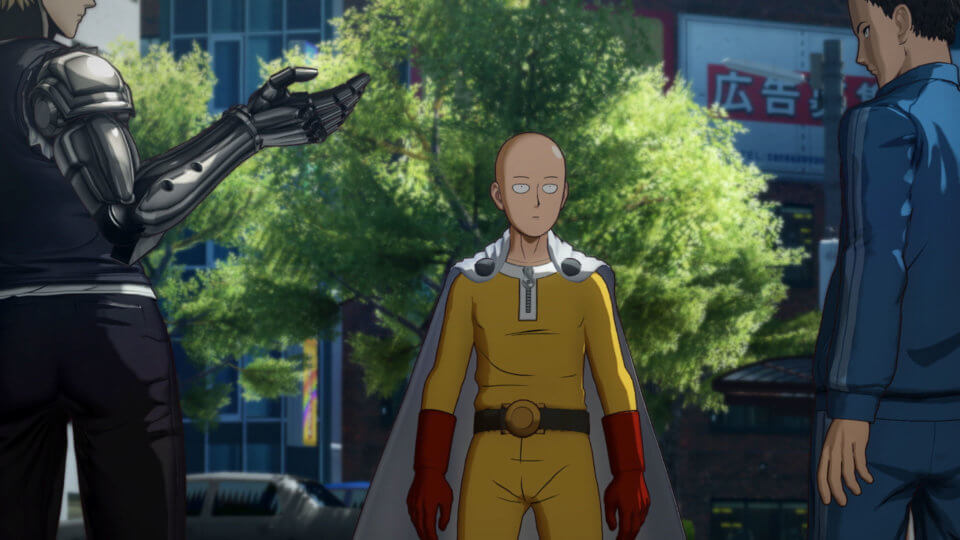 Even though I’m happy to admit my initial thoughts about One Punch Man were completely wrong, when I heard the series was getting a video game adaptation some of those same feelings came back. A lot of what makes video games great is challenge, and what challenge could possibly exist in a game where you can beat any foe in a single strike? Thankfully I was completely missing the mark again and One Punch Man: A Hero Nobody Knows, as the title suggests, focused on a custom hero you create the ‘nobody knows’ rather than the iconic Saitama and has you working your way up through the hero ranks to become a heroic asset to the city.
The game does a lot of things to make the gameplay interesting but due to some performance problems and a repetitive core structure, I don’t see this arena fighter being talked about for years to come or becoming an iconic anime fighting game in the same league as any of the Naruto: Ninja Storm titles or Dragon Ball: FighterZ.

When starting the game, you’ll initially create the framework for what will be your custom character. I say framework, because the starting options, while true to the design of the characters and attributes you’d see in One Punch Man are quite limited. Beginning with just a handful of face types, hairstyles, clothing options and accessories. You’re able to change the individual colour options of each of these components which is nice, but it’s not until you’ve gotten a little deeper into the game that your character will start to truly become your own. One of the great things when it comes to customisation, is that once you do start unlocking a larger portion of the gear, you can truly create some unique designs as many of the accessories can be attached to any part of the body, meaning that if you want your character to wear sunglasses on his hands or a helmet on his chest, that’s possible. While it certainly sounds weird, it definitely matches the quirky and hilarious hero designs the anime series is known for.

Much like Saitama, your character is also initially ranked as a class C hero, meaning you’re going to need to complete missions and build up your reputation to become a more recognised and respected hero within the city. And throughout your journey you’ll often cross paths with other known heroes from the series. Completing missions for these famous heroes will grant you their ‘Killer Move’, a signature ability that can be used when in battle if you’ve equipped their move into one of your customisable Killer Move slots. It’s always great to come across a known hero in the streets as the game has lots of references to events and niche heroes from the anime such as the famed Mumen Rider.

One thing I enjoyed more than I thought I would in the game was the actual combat portions. The fighting is flashy, fun and rewarding, granting you access to more and more unlockable gear for your custom hero as you progress. For the most part, A Hero Nobody Knows plays much like most other anime arena fighters, but keeps things fresh by having it’s combat system be easy to grasp but also feature a lot of variety as you’ll be constantly tweaking the stats of your custom fighter and with each fight including multiple dynamic events that can shift the tide of battle in no time. During battle you’ll often get prompts that other heroes are on their way to assist, and after surviving through a cool-down timer, they’ll join the battle and can be fully controlled by having your character switch out to have the other hero tag in and take their place. Many fights also feature events which can range from item drops to natural disasters such as meteors that can damage both you and your opponent at any time, meaning you always need to stay on your toes. I liked the dynamic nature of the events and how they helped keep many of the repetitive missions of the game feel slightly fresher.

The big surprise with the game was that it featured a full English dub. This is rare to see in anime titles as many, even those adapted from incredibly popular series still choose to release with just Japanese vocal options. There are some notable exceptions, with most of the titles associated with the Naruto and Dragon Ball franchise releasing fully dubbed more often than not. But when even the super popular Sword Art Online or My Hero Academia games release without being dubbed, I certainly wasn’t expecting English to be a spoken language option here.

But while One Punch Man: A Hero Nobody knows has some fun combat and nails the quirky nature of it’s source material it’s not without some noticeable issues. First of all, the performance of the game when navigating around its more open environments is a bit all over the place. There are lots of assets and characters that will pop in constantly and I often ran into some janky framerate issues when running throughout the city. And after a couple of hours with the game you’ll soon realise that the many of the missions consist of the same repetitive structure, while the fighting portions remained quite fun throughout, I must admit the structure of the missions did become a bit of a chore by the end of the 12-ish hour main campaign. 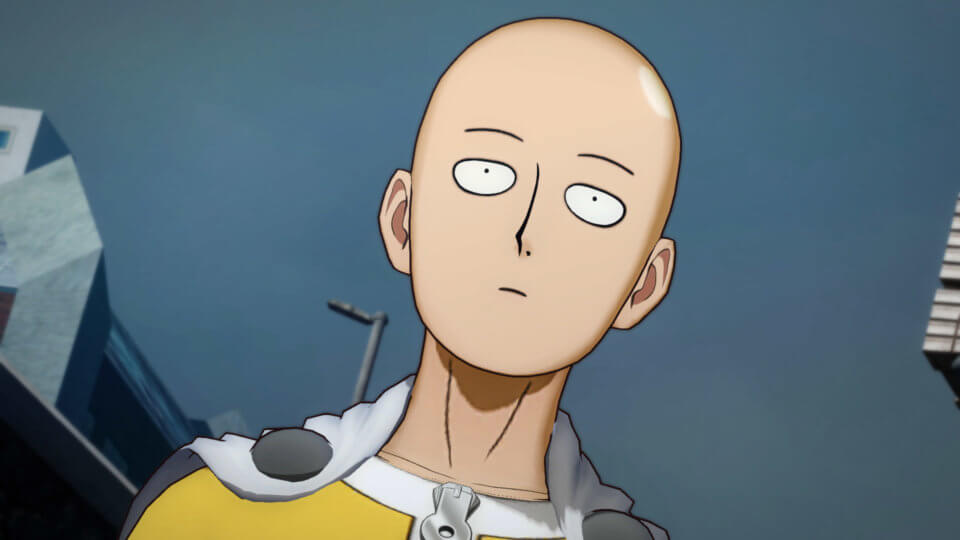 One Punch Man’s first foray into video games is a mostly fun experience. The customisation options featured in One Punch Man: A Hero Nobody Knows allow you to create some truly wacky fighters that no matter how strange, would probably fit right in with the OPM universe. It’s definitely a game that will resonate more with existing fans of the anime or manga series, as it’s issues do hold it back from being highly recommendable to those that aren’t. I’m excited to see where Spike Chunsoft might evolve and take the series next after enhancing what already worked here and taking on player feedback.