Observation is a sci-fi-thriller adventure game developed by No Code and published by Devolver Digital. At first glance you’d be forgiven for thinking this was 2001: A Space Odyssey: The Game because of it’s core premise and story elements. Observation is set inside an orbiting space station named after the game’s title and kicks off following a disaster that disables the space station’s power. In the game you play as SAM (System Administration Maintenance) an advanced AI system installed on the ship. Following the disaster, you’ll work together with the only other surviving crew member, Emma Fisher, to try and piece together what has happened and uncover the true mysteries going on inside Observation. 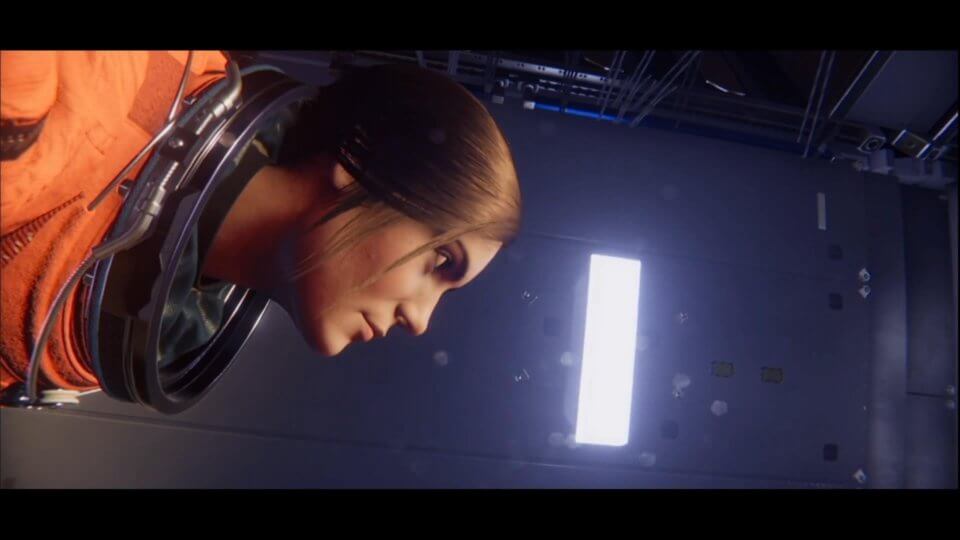 For the majority of your time with Observation your main gameplay loop is viewed through the perspective of the multiple security cameras positioned in each room. As SAM you’re able to switch between them to see all viewpoints in a room to uncover clues, open hatches and solve puzzles that will assist in uncovering the mystery of what has happened on the ship. Later on in the game you do get the ability to free travel using a floating orb-like robot but for the most part you will be hopping from room to room using the ship’s circuit system and helping Emma progress further through the shuttle.

Navigating around the ship this way allows you to view the belongings of the other crew members from the space station, learn who they are, their backstories and piece together the clues that shed light on what may have happened on this ship that lead to the events of this story. But I did find that having to look over every nook and cranny in a scene to find a particular clue before being able to progress did slow down the pacing of the storytelling a couple of times during my playthrough. 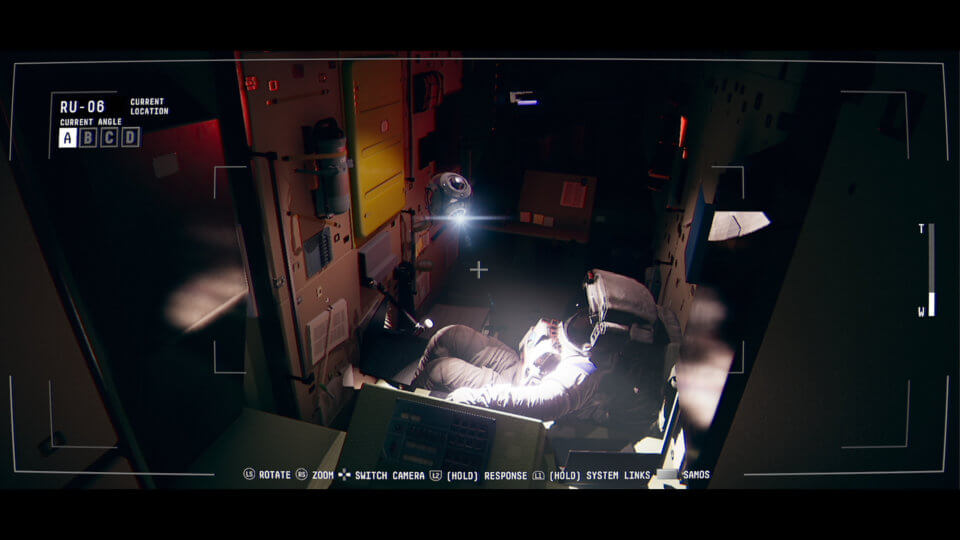 One of Observation’s strengths is that it has a gripping story built around some interesting puzzle designs. When you’re not investigating rooms around the ship or talking with Emma you’ll usually be solving puzzles to help uncover mysteries, re-power sections of the ship or open locked doors.

The puzzles are varied in type but aren’t too difficult to work out. For many of them it’s fairly well laid out what you need to do to successfully progress through. Although, considering you’re playing as a technically complex space station AI I would have enjoyed some more harder puzzles that required a bit more brain power to solve, especially towards the end of the game, but for the most part I really enjoyed what I got.

The thing Observation nails is telling an engaging and thrilling story. It does this not only via the spoken narrative but by using environmental storytelling along with the overall aesthetic of Observation to put you right there on the ship with Emma. Several of No Code’s team previously worked on Alien: Isolation and it’s very clear at times their experience has been pulled through and used in a number of ways in Observation. You’ll often find yourself in very claustrophobic, low lit settings that will really have you on the edge of your seat waiting for something to happen. And much like what I experienced when playing last years’ Transference, often the build up and anticipation of something potentially happening is much scarier than when the team tries to go for an intentional scare. I’m a fan of the more psychological side of horror and the true mysteries of Observation nail that. 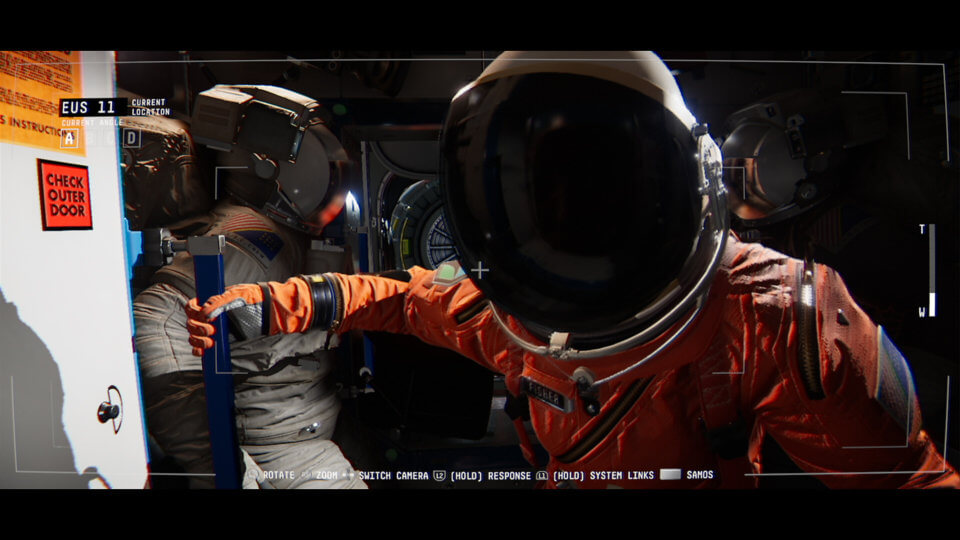 When it comes to visuals, Observation is a bit of a mixed bag. Some of the particle effects such as mist and water look pretty dated by today’s standards but the environments inside the ship itself and the objects you interact with look detailed and polished. Unfortunately the same level of polish isn’t seen on Emma’s character model. With her face at times looking almost expressionless, jankily animated and has lips that rarely sync up to the dialogue being spoken.

The voice acting however is all-round solid. The performances of all spoken characters in the game are top notch and really aid in the selling the eerie tone of the game. Best of all the performances are convincing, something which isn’t commonplace in many other thriller or horror video games of this scale. 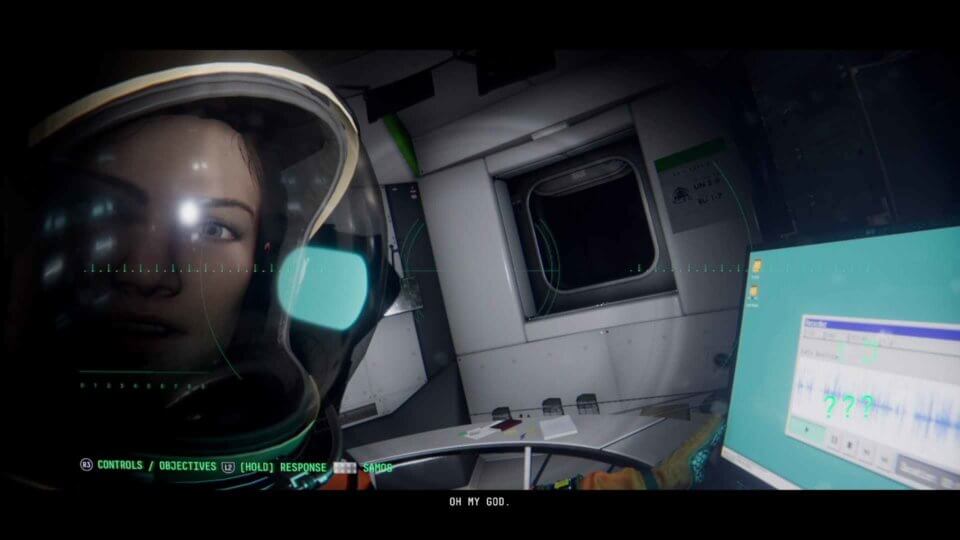 Throughout it’s 5-7 hour campaign Observation will take you on a thrilling journey and put you front and centre inside a space craft. Slowly uncovering the game’s mysteries by completing numerous puzzles. While I really enjoyed my time with Observation I would have loved for some of these puzzles to be more complex to solve. And while the environments on the ship look great No Code haven’t quite hit that AAA level of quality when it comes to the primary character models just yet. But they have definitely produced a quality title here and I’m really looking forward to see what the team puts out next.