There’s no denying that JRPG’s are one of my favourite video game genres. They’ve earned that spot thanks to their ability to tell long yet gripping stories, because they’re normally packed with deep and interesting characters and because many of them have an anime inspired art direction, which is one key aspect that draws me in, due to my love of anime.

One JRPG that pulls off all the feats I just mentioned, and is one of my favourite titles of the past decade is Ni No Kuni: Wrath of the White Witch. Originally launching here in the west on PS3 back in 2013 it initially caught my eye thanks to the involvement of an iconic anime studio, but then captured my heart with it’s fantastic story and characters. Now 6 years on, the game has been remastered, bringing it to a number of new systems that have it looking better than ever. 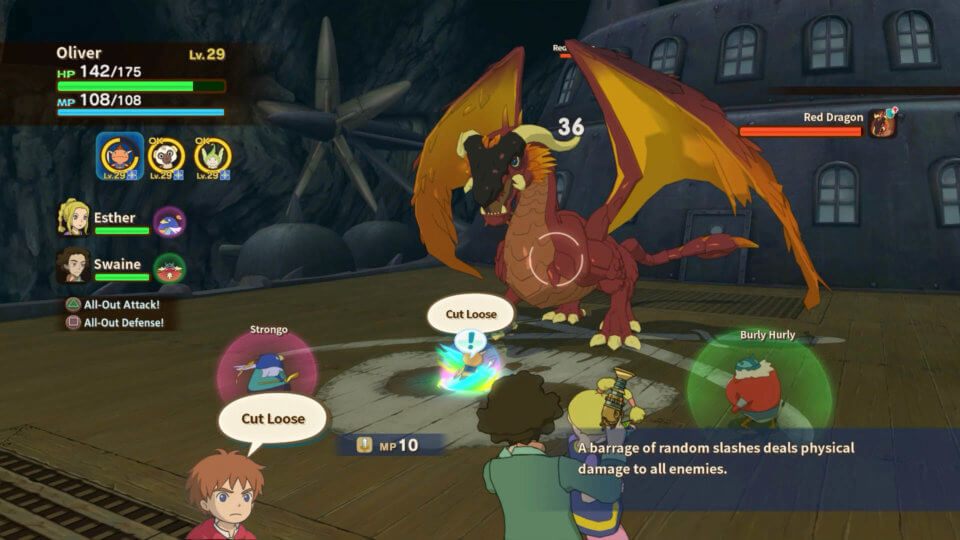 One thing I remember quite vividly when I jumped into the game for the first time was how unexpectedly dark it’s opening hours were. I was lured into an expectation that the game would be quite lighthearted due to it’s vivid colour scheme and character designs but quickly realised that the game was a serious (but still charming) tale about loss, growth and self exploration.

In Ni No Kuni you play as Oliver, a young boy who loves doing the things young boys do. Playing outside, hanging with friends and possibly even riding in vehicles they built that are potentially quite unsafe. After Oliver has an accident in said vehicle he almost drowns in the river. Fortunately he’s saved by his mother Allie, who unfortunately passes away from heart problems right after saving him. Stricken with grief, Oliver cries into a doll his mother gifted him, which after touching Oliver’s tears, reveals itself to be a fairy named Drippy. Drippy informs Oliver that he’s from another world, a world ruled by a sinister wizard, a world where everyone has a parallel ‘soulmate’. Upon learning that he may be able to save his mother by rescuing her parallel counterpart, Oliver heads off with Drippy into the world of Ni No Kuni to start his magical adventure.

That in a nutshell is the high level plot overview of the game. But of course in true JRPG fashion, there are numerous twists and turns along the way, lessons to be learned and obstacles to overcome. Thankfully the story and the characters within it are so well written and designed that you’ll constantly want to keep playing just to find out what happens next. 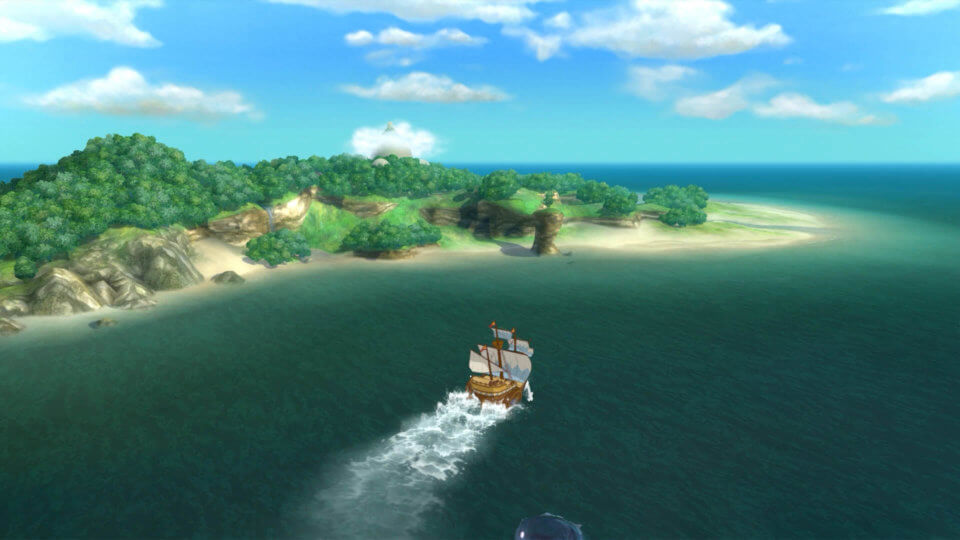 The first thing you’ll notice about the game, and the thing I mentioned drew me in in the first place is it’s fabulous character and world design. If the art style looks familiar to you it’s because the game’s characters and animated cutscenes were done by the famed Studio Ghibli. They’re the masters of delivering visually appealing characters and worlds that not only capture your eye, but also make you marvel at the details and interesting construction of their setpieces.

Each of the towns you’ll visit throughout your journey are visually interesting and have their own unique aesthetics. There’s towns with Nordic style castles, lands with lush forests, arid deserts and icy, snow covered isles among many other environments. And in a game as long as this, I always loved that the environments got a change up every few hours which helped keep things constantly interesting.

I had come to peace that we would never get to play Ni No Kuni on current generation hardware. After many years of fans asking for it, I had expected this remaster would have come out years ago if it was ever going to happen. I came to accept it wouldn’t be remastered when Ni No Kuni 2: Revenant Kingdom came and went without the announcement of a Wrath of the White Witch remaster. Which it why it baffles me that we’re getting this game now and not back in early 2018 before the release of the second game in the series. But nonetheless I’m glad it’s finally here and able to be enjoyed by a wider audience of people.

When it comes to the visuals, the game looks fantastic, and I’m not still going on about the Ghibli designs of the characters and world, I mean the whole presentation of the game. The assets used have been remastered and presented in a higher resolution than what we saw on the PS3 and if you’re playing on a PS4 Pro, you also get some further customisation options to make it look even better if you’re happy to trade off performance. The game features 2 graphic modes, granting you the ability to choose between rendering the game at 4K and 30fps or 1440P at 60FPS if you’d prefer the smoother framerate. 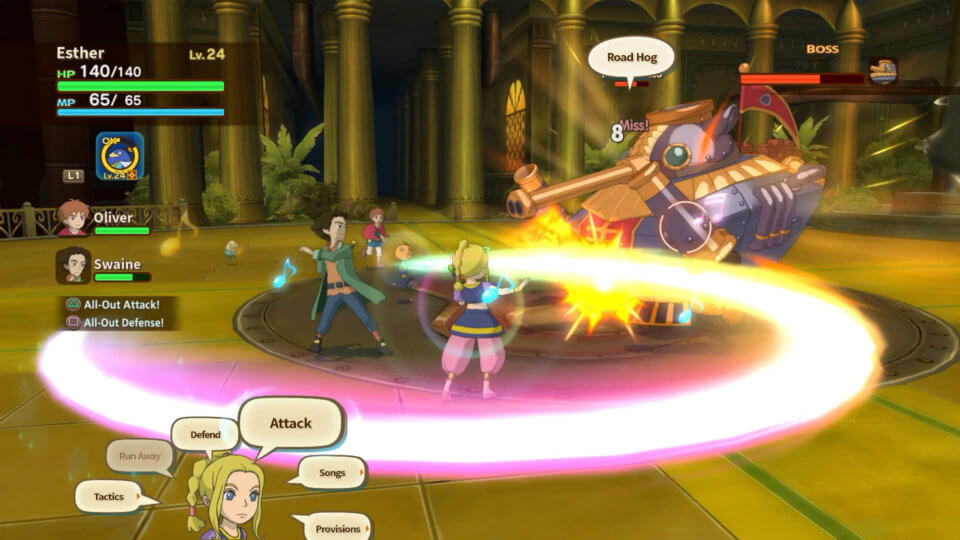 One discussion that’s fairly common from fans of JRPG’s is whether turn based systems or active based systems are better when it comes to the game’s combat. Ni No Kuni attempts to set those arguments aside by having it’s combat system utilise both. The combat is primarily action based, but the game will pause when selecting actions, giving you some time to still approach things strategically. You’ll also have the ability to control which characters from your party will enter combat with you, and you can also set their battle tactic, ranging from ‘Do what you like’, to ‘provide backup’ or even ‘Don’t do anything’ among other options.

But you’re not in battle with your party members alone. You’ll also have the assistance of familiars, Pokemon-esque spirit creatures that are able to be collected that level up, earn new skills and evolve as you gain experience with them. The designs and abilities of these creatures are each unique and with you constantly gaining access to more, you’ll be switching up your go-to familiars quite often as you progress into more difficult areas of the game.

One thing I’m often afraid of when jumping back into a remaster of a game I’ve previously enjoyed is whether or not it holds up. And for Ni No Kuni, the answer is a resounding yes! There are many games from the PS3 era that already feel really dated by today’s standards, but this isn’t one of them. One of the strengths of many JRPG’s is that they’re designed and written in ways that make them enjoyable across numerous generations and I think that’s going to be the case for Ni No Kuni as well.

And in a game you’re going to be spending at least 40 hours in just to see the conclusion of the main story, I was so glad that the music was fantastic to. The musical score is composed by the talented Joe Hisaishi, known for his work on many of Studio Ghibli’s films. The tracks from the soundtrack suit the scenes they’re used in incredibly well and really help in conveying certain emotions to the player. Ranging from calming score pieces heard when travelling the game’s overworld down to fast paced, high intensity numbers when in one of the game’s tough boss battles. 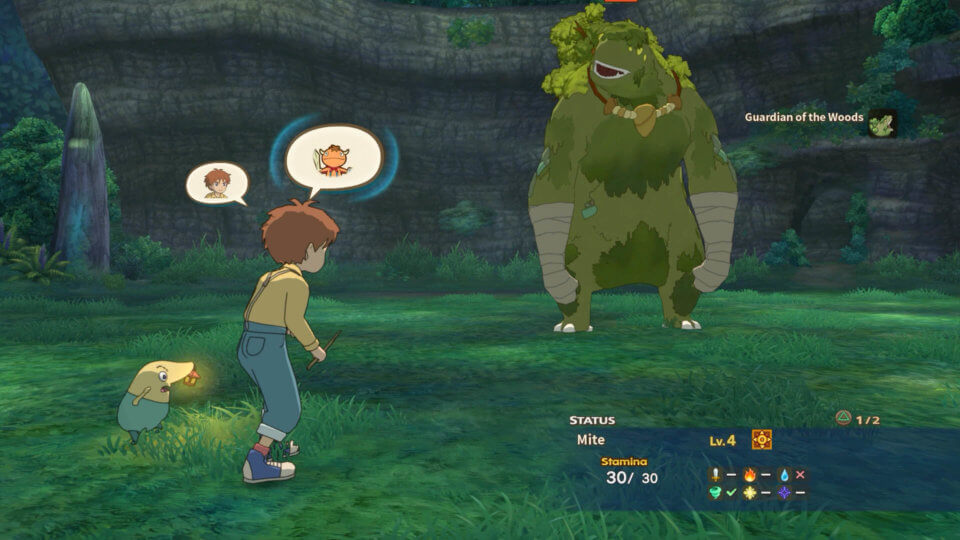 And the game is quite tough, there were quite a few times where the bosses put up genuine challenges that I had to work at to overcome. The game does have an easy mode that you can play on where the enemies do less damage, encounters occur slightly less and where you’ll need to grind less to level up your characters and progress.

I would have loved if they’d managed to include some of the quality of life enhancements many of the Final Fantasy games are implementing in their recent remasters where random encounters can be turned off or limited, allowing the game to be sped up to aid during periods of grinding or enabling the characters to heal at any point, allowing players that just want to play to enjoy the story do just that. But I can also understand why they may have chosen not to change any aspects of the game and just release a title that is faithful to the original experience.

And faithful it is. Other than the remastered coat of paint all the assets have been given, the gameplay experience is identical to the original game. Meaning if you unfortunately didn’t like the original game, then this remaster probably won’t change your mind about the game. It certainly looks prettier and runs better but the content of the game itself is exactly the same as what we got back in 2013. 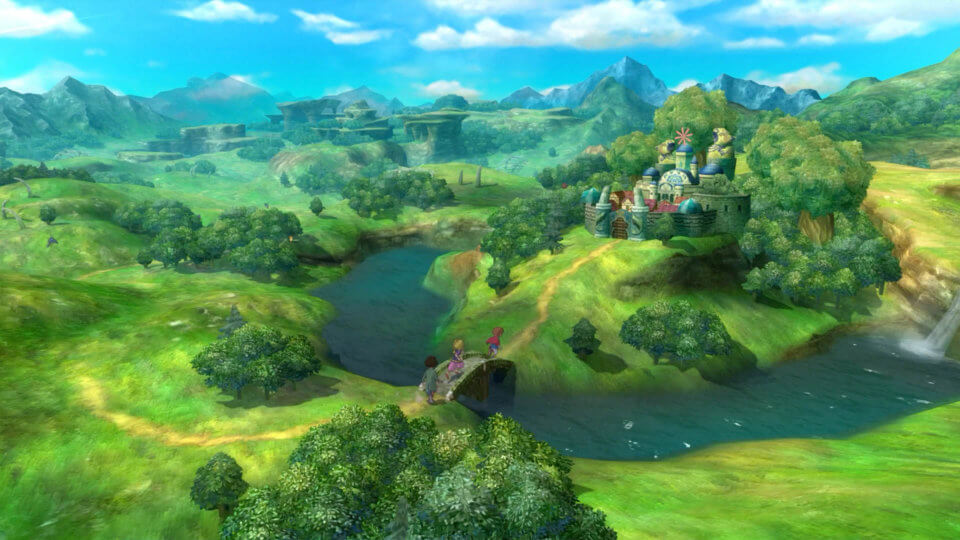 The original Ni No Kuni was one of my favourite JRPG titles of all time. So I was so glad to see it available again on modern systems looking better than ever. If you enjoy engaging, character driven JRPG’s or the worlds created by Studio Ghibli you’re going to love this.

A PS4 review code was provided by Bandai Namco for the purpose of this review. 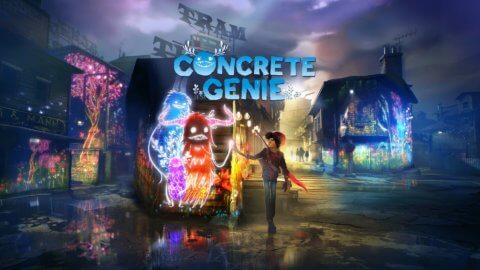