If you’re a fan of anime or even just remotely follow the anime space, you’ll be hard pressed not to find news or people talking about My Hero Academia. Ever since it began airing it has been one of the most watched and talked about Shonen series. And for pretty good reason, there’s a lot to love about the series. It has great characters, interesting story arcs, real character growth and a stellar soundtrack. After making its video game debut back in 2018, the series has now gained a second console game that directly picks up after the events of the first My Hero One’s Justice game delivering another round of fun, 3D arena fighting action. 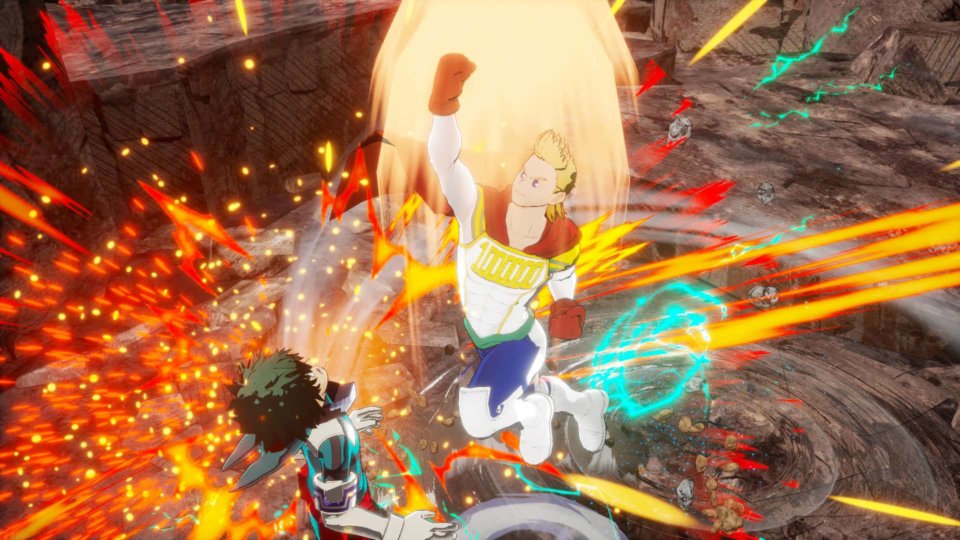 At it’s core, One’s Justice 2 plays very similarly to what you may have experienced if you played the first game released back in 2018. Though it has been expanded in many ways, introducing a much larger roster of characters to play as, new seasons of the story to play through, a fun sidekick system and plenty of new customisation options that allow you to tweak the appearance of your favourite characters.

It doesn’t take too long to see that My Hero One’s Justice 2 is designed primarily for existing fans of the My Hero Academia franchise that are already somewhat familiar with the series’ main plot and core characters. The game makes no effort to try and bring you up to speed on these aspects of the universe and it’s story mode jumps right in from around the third season of the show, continuing the story directly from where the first game concluded. While I can appreciate this choice, allowing players who may have finished the first game to continue progressing the story using it as a traditional sequel and not forcing them to replay the same story from the beginning again like some other anime fighters, it does limit the enjoyment for those that may not have played the first One’s Justice game or are familiar with the anime or manga series. 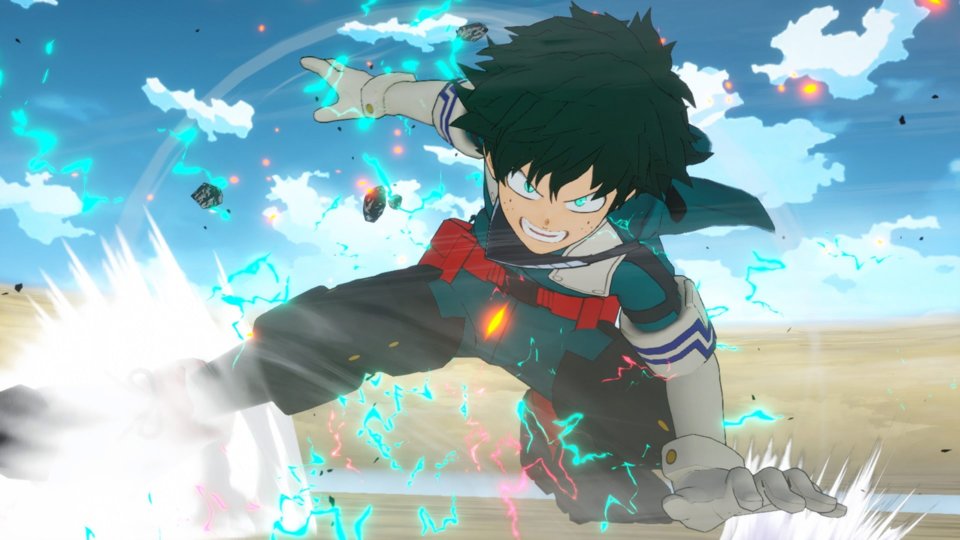 One of the new additions I enjoyed the most in One’s Justice 2 was the introduction of it’s sidekick system. It’s a Marvel vs Capcom-like sidekick system that allows you to use the trigger buttons to summon in one of your two sidekicks to perform their quirk during battle. There can be a lot of strategy around using them too, as using them at just the right time could get you out of an ongoing enemy combo or be combined with your own combo to unleash devastating damage on your opponent. Fully utilising your Plus Ultra special gauge will even allow you to perform a 3 way ‘all out attack’ style technique where your main character and your two sidekicks can combine to perform an ultimate attack on your foe, resulting in some really flashy and well animated finishing moves.

One of One’s Justice’s complaints among players was it’s compact roster size, thankfully with the expansion of the story this time around, there are a lot more playable characters to choose from. The roster has almost doubled compared to the first game, and when the confirmed future DLC characters do release, the roster will be more than double compared to the fist title. This additional roster size allows you to pick your favourite hero or villain from the series, understand their attacks, customise them in the game’s diverse customiser and experience the story of the series from numerous points of view. 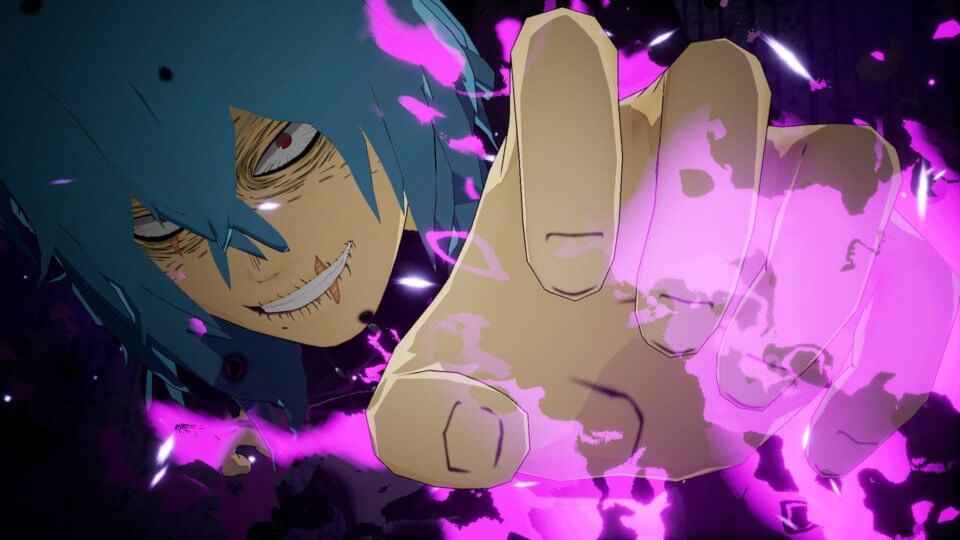 Obviously with the game being an arena fighter, the combat needs to be fun and tread a fine line between challenging and rewarding. And for the most part, One’s Justice 2 gets it right. It’s very easy to learn the core fighting mechanics and the story mode’s opening missions do a great job teaching you the ropes to get you going and performing well really fast. But this is both a positive and a negative part of the game. It’s great that you’re able to learn how to perform combos, counter, long range and Plus Ultra attacks from the get go, but because every character in the roster has the same suite of abilities, once you’ve become comfortable with maneuvering the battlefield and knowing when to use what type of attacks, the game does become a little bit repetitive as there aren’t really any new mechanics or unique movesets left to learn for other characters. My Hero Ones Justice 2 isn’t a fighter in the vein of Mortal Kombat or Tekken where every fighter has their own techniques and unique button combinations to perform them. Once you’ve mastered one character, you’ll easily be able to jump in with any character in the roster and comfortably adapt to their abilities. Of course each character does have their slight point of difference in terms of the reach, damage of their own quirks and movement speeds etc, but in terms of use, each character has the same suite of attack types button combos used to perform them. 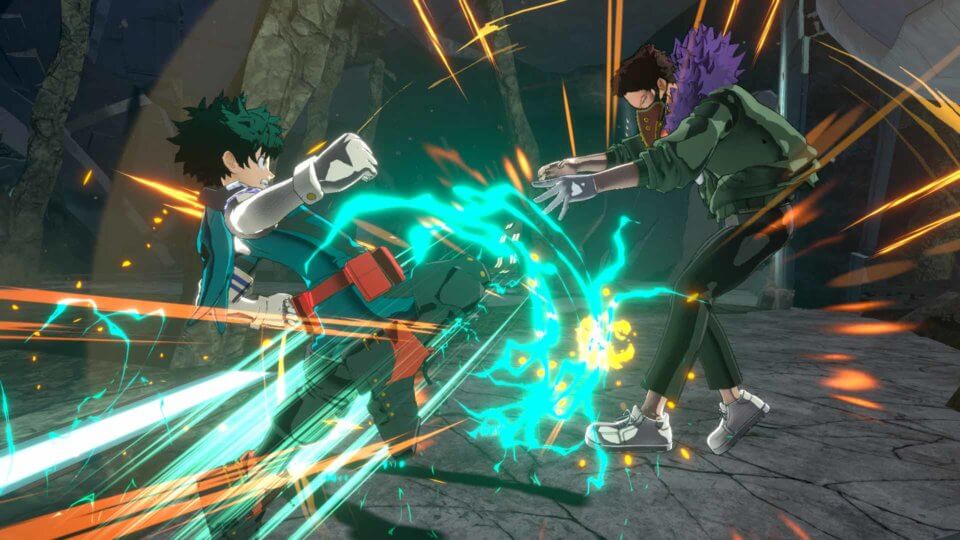 The biggest shock with My Hero One’s Justice 2 was actually something that it didn’t include. And that was an English dub option for the game. Despite being one of the largest anime IP in the world at the moment, it was strange to see that the game still didn’t get the dub treatment, especially with how popular the English voices are with fans here in the West. This isn’t too unusual when it comes to anime titles though to be honest, but with the Dragon Ball and Naruto games now consistently getting English language options it was a little disappointing to see a series on a similar caliber of popularity still missing out, especially when the One Punch Man game released last month completely dubbed. 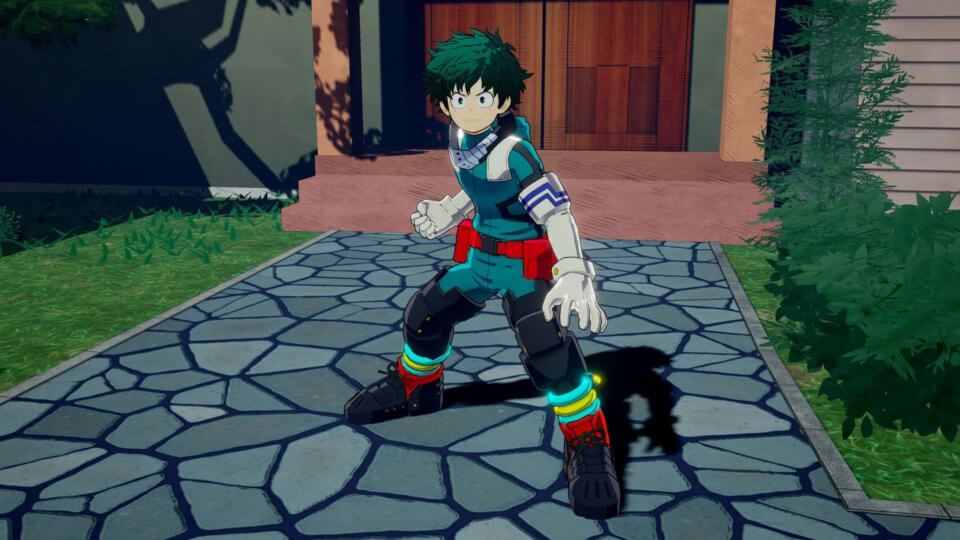 There’s a lot to like with My Hero One’s Justice 2, it’s fighting is smooth, well animated and the cutscenes for the explosive Plus Ultra attacks never fail to be awesome. Even after completing the story modes in the game, there is still a challenging arcade mode to jump into, a mission mode full of challenges and for those that like the competitive side of fighting games, there’s an online mode where you can play with others from around the world, competing in ranked or unranked matches.

My Hero One’s Justice 2 is a solid sequel and will resonate well with existing fans of the series. It has a much expanded roster of characters and it’s new modes help break up the repetitive structure of the fights. I would have loved an English dub option as I feel the series fully deserves it though. Based on the structure of it’s storytelling, it is hard to give the game an all-round recommendation, but for those that have some knowledge of the franchise’s story and characters, One’s Justice 2 will provide you with an enjoyable experience.