When it comes to entertainment properties, there are few more well known the Marvel, and more specifically within that, The Avengers. So years ago, when the initial teaser came out for an upcoming Avengers project that was being published by Square Enix, I was pretty damn excited. But to be completely honest, when it was further revealed to be a live, multiplayer centric service game my excitement did dwell a little. I have wanted a really solid AAA Avengers game experience for so long, but so many service games focus in the wrong areas and often come up short. But now that it’s out, I have to say Marvel’s Avengers did surprise me. There’s a really solid single player campaign here that should have been more front and centre with the game’s marketing and some engaging multiplayer systems. The game is certainly not without its flaws and currently the online component can quickly turn into a competitive grind. But if you’re looking to take control of some of your favourite Marvel superheroes and see how this game will continue to evolve overtime, Marvel’s Avengers May be a game worth checking out. 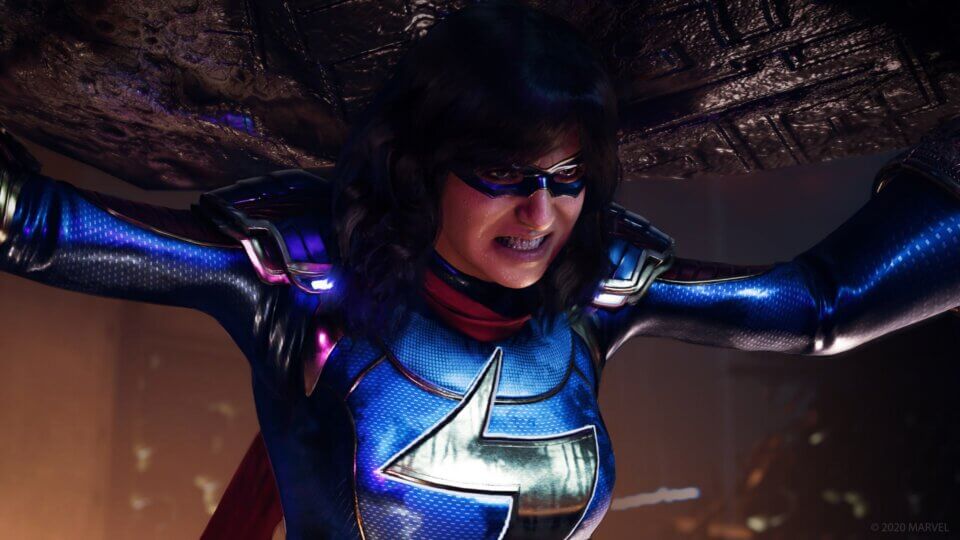 As briefly mentioned, Marvel’s Avengers has a surprisingly good single player campaign. Numerous times throughout the 10-12 hour story I wondered at key moments why they hadn’t marketed this side of the game in the pre release trailers, betas or press previews.

The single player portion is an original Avengers story, initially presented through the eyes of and focusing on the journey of Kamala Khan. I loved putting the focus on a relatively fresh and unknown character that many won’t have any pre-conceived notions or impressions of based on a portrayal from the ever popular MCU, but told a story that did deeply intertwine with characters we have grown quite familiar with.

One of the key standouts, and this is likely due to the calibre of the actors and their experience within video games are the character performances. With some key standouts going to Troy Baker (Bruce Banner), Laura Bailey (Black Widow) and of course Sandra Saad as Kamala Khan. 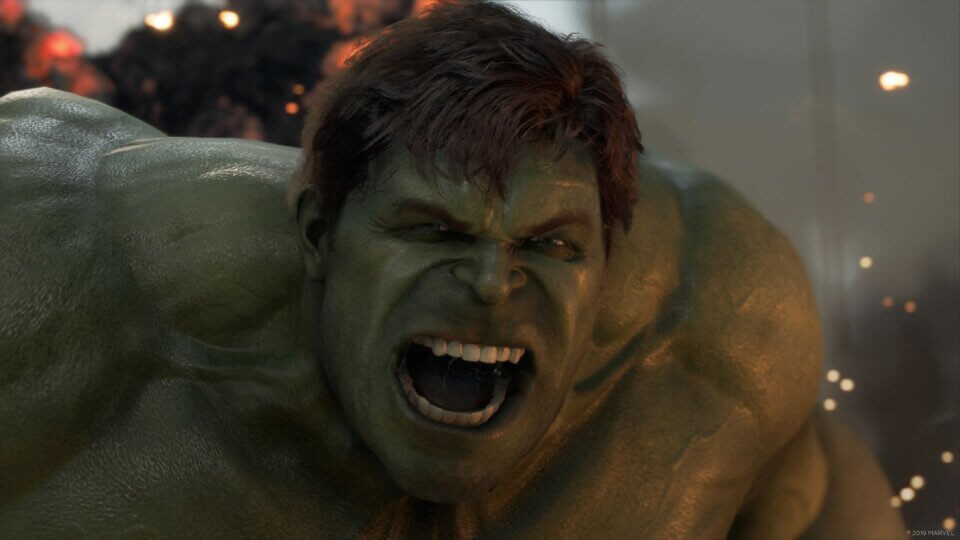 The main story has some fantastic and emotional character moments and I appreciated that it gave each of the characters their time in the spotlight as playable characters. And although some of the mission types can feel generic and familiar as you progress through the adventure thankfully most of the characters themselves do not. Each of the playable Avengers each have their own unique gameplay style and approach to combat. Mindlessly smashing away at opponents as Hulk feels different to how Thor wields his hammer or how Iron Man can blast away opponents from a distance with precision and the playable characters come into their own even more when you begin to unlock and perfect when to use their unique Hero Abilities.

Combat at times can be a little button mushy, quickly evolving into a task of striking foes as quickly as possible, rather that clearing the battlefield with any sense of strategy. This affects some characters far more than others, but the groundwork is there to pull of some great combination abilities when you manage to time things just right.

You’ll also have the ability to further tweak each character’s skill set to match your own preferred playstyle too. Thanks to the skill tree for each character, you’ll be able to enhance your Avengers and customise their skills in a way that suits how you want to play as you level up. Unlocking new abilities, enhancing existing ones, focusing on being a more offensive or defensive fighter among other things. This allows your individual Avengers to be unique and play completely different to someone else’s set of the same characters, which can provide additional diversity within teams in the game’s multiplayer component. 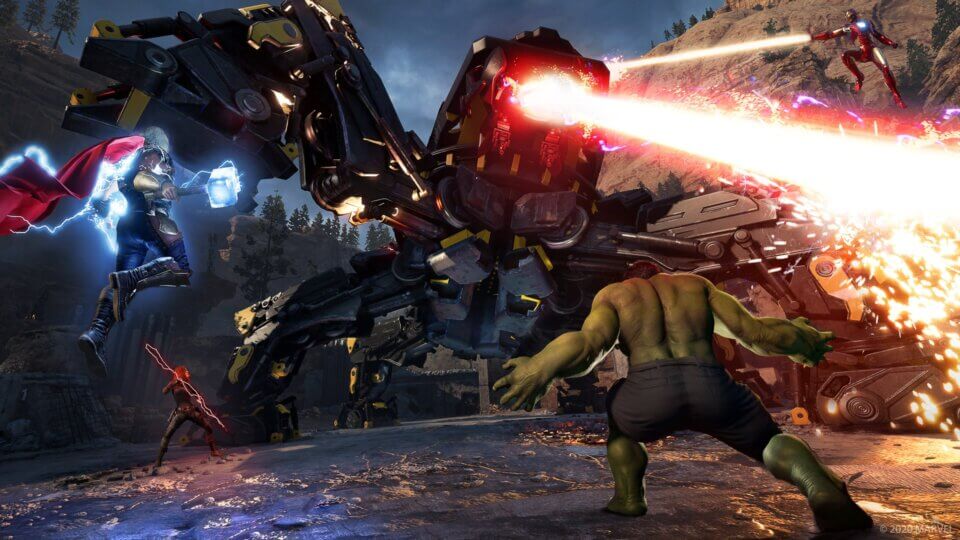 After completing the campaign the game recommends that you jump into the multiplayer component of the game. After playing other evolving live service games, it’s clear to see this is the aspect of the game Square Enix hopes you’ll get invested in and keep coming back to anytime new content rolls out or when fresh events reset.

The multiplayer certainly does have an addicting and progressing gameplay loop but it becomes quite apparent fairly quickly how repetitive the core design of many of its mission types are. You’ll find yourself completing the same style of missions in a rinse and repeat formula the more you play. It’s one aspect of the game that I really hope gets a lot of attention in future content updates and expansions.

The loot system in Avengers will have you constantly earning bigger and better gear to slap into your fighters to increase their stats, grant special perks or resistances to certain types of enemy attacks. In true loot game fashion the gear you earn is rated in your typical common, uncommon, rare and epic rarities and it never fails to excite when you do get a new drop of gear that increases your favourite character’s abilities and overall power.

Changing your gear doesn’t physically change the appearance of your characters or provide a visual indication that they are getting stronger, which I was a little bummed about to be honest. The appearance variation comes in the form of unlockable character skins. 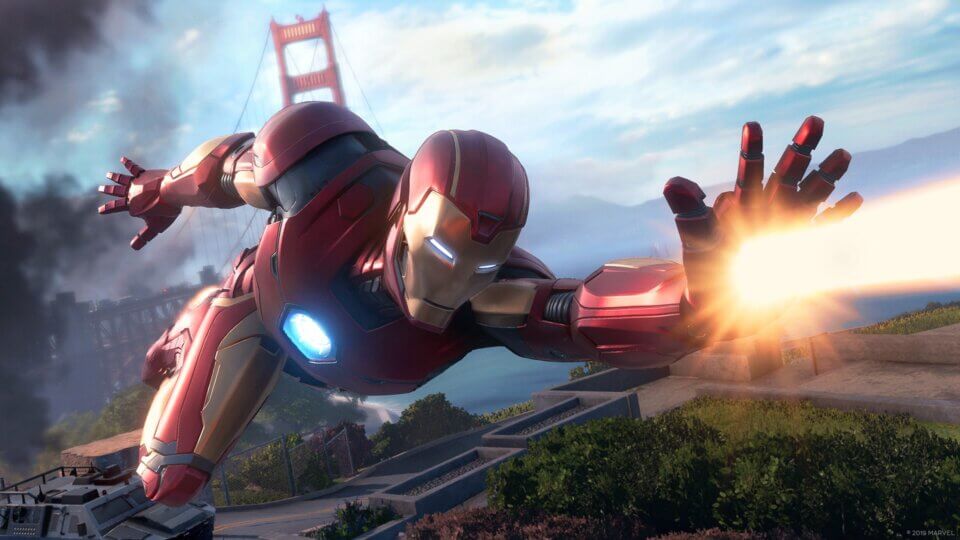 These are unlocked fairly frequently and naturally as you play which is great to see in a game like this, but for those that may be a little impatient, you can fast track your way to certain items you want by spending real world money if you really want to, but I don’t want that to come off as a negative at all as so far, everything Avengers has on offer can be earned in-game via gameplay for those determined enough to earn all of their rewards.

The game is fairly rough around the edges in it’s current state too. Numerous times throughout my time with it I ran into various bugs, glitches and frame rate issues, especially when there were a large number of enemies and combat related particle effects on screen. 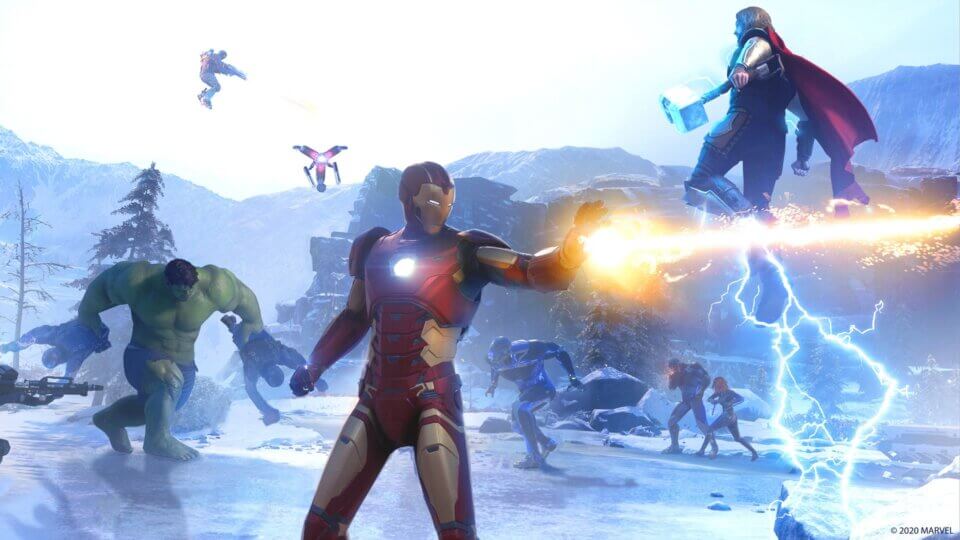 The ground work on the multiplayer side, though repetitive does have some great ideas and potential. Currently avengers is a little rough around the edges and outside of its solid single player campaign, the multiplayer component is still finding its legs. It’s rare that a live service game nails things first go right out of the gate. Even Destiny, a similar style game that went on to be one of my most played games the year it released required a lot of work post launch to become the final product it did. That’s why I’m keen to see how Avengers continues to evolve and change in future updates and after implementing player feedback. Right now it’s hard to recommend the game based on the multiplayer component alone, but the full single player campaign was a welcome surprise, and if you’re a comic book fan and want to come along for the ride to see what Avengers will evolve into as updates roll out it’s certainly worth checking out to see if it’s for you.