There’s something about the LEGO games that I’ve always found really fun and satisfying. It could be that it allows us to play with some of our favourite figures, reliving our childhoods but just in video game form or perhaps it’s their quirky recreations of the stories and worlds from our favourite franchises. Back in late 2015, the LEGO games ventured to the world of Jurassic Park just in time for the launch of the Jurassic World film at the time. Now the same game has made it’s way to the Nintendo Switch and has brought all the existing DLC along with it. 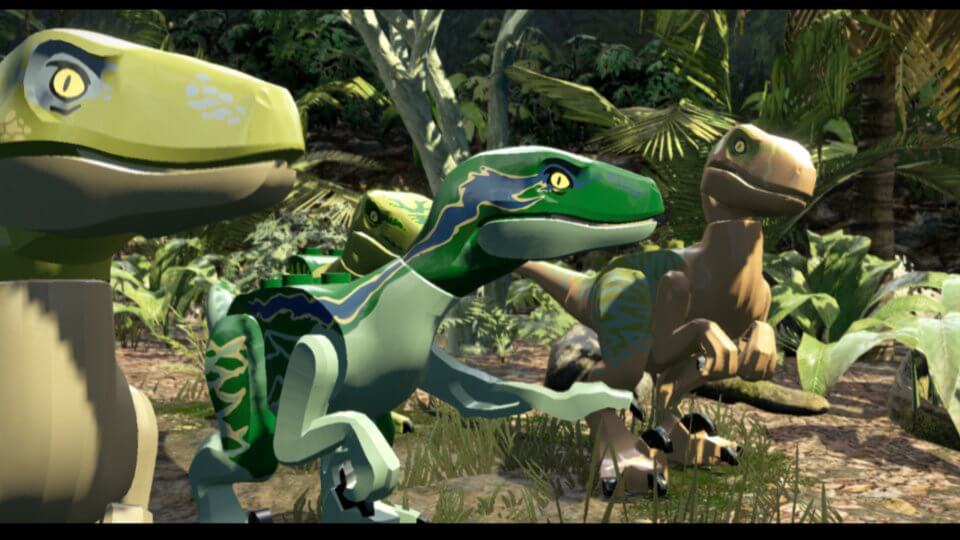 When you first boot up the game, you’re hit with the iconic Jurassic Park theme on the main menu and it instantly brings you back into the world of the films. Lush jungles filled with some pretty hungry, genetically engineered dinosaurs and interesting characters doing their best to survive the adventure.

The first thing you’ll notice after diving into the game is that LEGO Jurassic World expands on the films and the worlds we loved with new and expanded gameplay segments. Many short scenes from the movies are given their own stages and puzzles to solve in the game which helps to not only extend the gameplay aspect of the game but also fleshes out the inner working of the park more and develops the world of the game. One example is the very first scene of the game. Where the film had the opening scene of the first movie consist of the raptor relocation accident, the game turns that segment into it’s own stage where you can play as Robert Muldoon and explore the area freely. 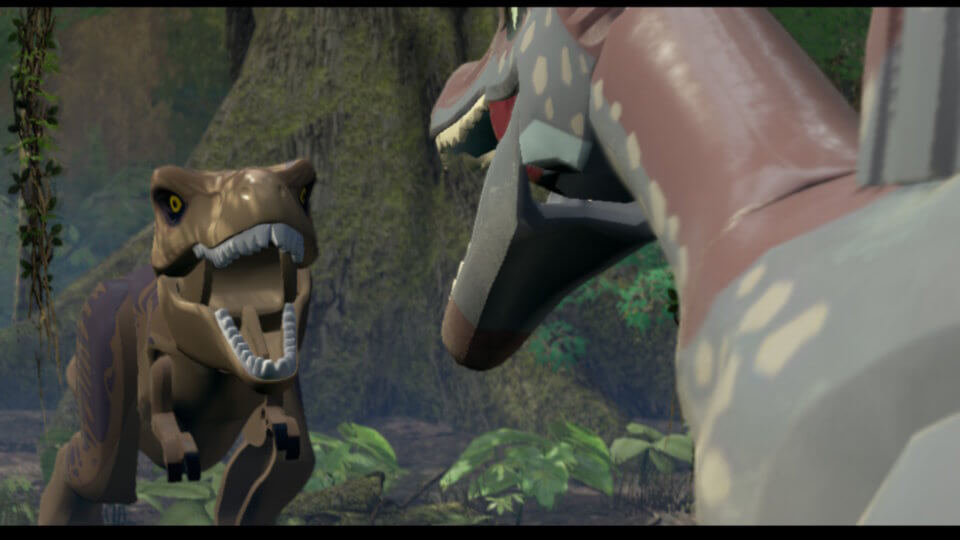 Once the game’s prologue is over, one of the first things you’ll notice is how good the game looks. The world looks great, it’s one of the few LEGO games that feature a lot of outdoor environments, which showcases how beautiful a world populated by minifigs and breakable bricks can be. Although the designs of the characters and set-pieces are simplistic, being based on LEGO and all, they come together with some nice lighting and particle effects to create stages that are well designed and a visual treat to run through.

But the look is only one aspect of recreating a Jurassic Park experience. What really puts you back into Jurassic Park is the game’s effective use of sound. The background score is based on the iconic tracks from the films and complements gameplay and the cutscenes. But the ambient noises you’ll hear while playing really sell the feeling of being in the park. Hearing a distant dinosaur roar, the classic barking of a velociraptor or the clunking of the machinery puts you right in the middle of the park and manages to make you equally excited and scared at times. 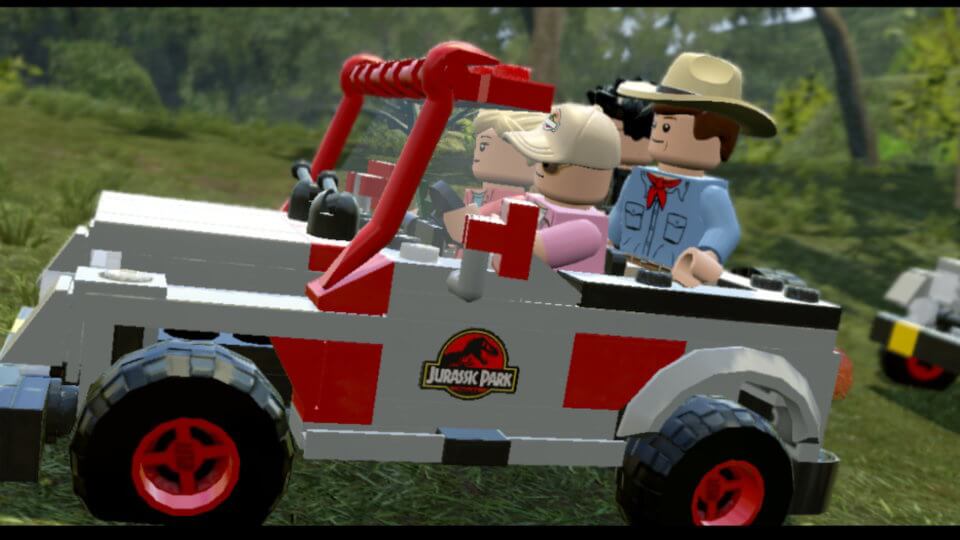 A nice twist they implemented was the ability to play through scenes from the movies from the perspective of different characters and sometimes even the dinosaurs. It was a cool way to provide a unique twist on a stories many of us have already enjoyed for years.

One aspect of the game’s sound that they didn’t quite nail were the voiced lines during the cutscenes. For the main cast, these lines were pulled straight from the film, cleaned and sliced up, then placed into the game. But by doing so it’s resulted in a noticeable difference in clarity, with the characters often sounding slightly fuzzy and compressed during cutscenes. The NPC’s and other original dialogue that was recorded for the game however sounds clean. 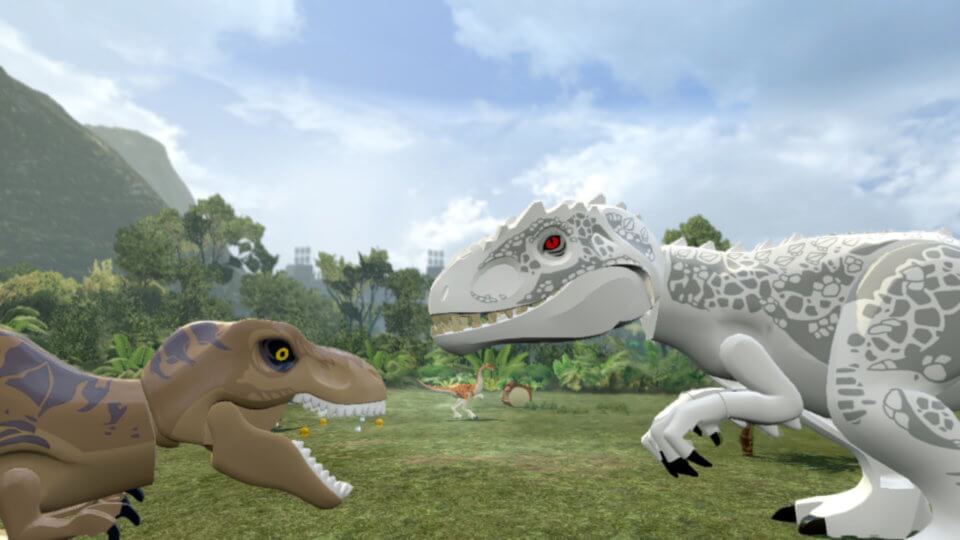 LEGO Jurassic World includes 4 Jurassic Park stories to play through including Jurassic Park, The Lost World: Jurassic Park, Jurassic Park III, and Jurassic World. This release also includes all previously released DLC packs. This leaves no shortage of story content to work through but as with all LEGO games, there’s plenty to do within each of the stages outside of the main objective, with a number of hidden sub objectives and puzzles to find and solve. You’re able to replay each stage in free-play mode with any of your unlocked characters, which is something you’re going to want to do if you’re someone who wants to collect and unlock everything the game has to offer. Returning are the well hidden Red Bricks and mini figs and this game throws vehicles and dinosaurs into the mix. And of course you’ll be busy collecting enough studs in each level to purchase the modifiers that further aid in additional collecting.

One thing you may find a bit frustrating though is that sometimes the key objective of the stage is hard to understand. At the start of most stages you’re plopped into the world with little or no explanation of what the goal is and you just need to walk around, break stuff and keep your eyes peeled for a clue that may indicate what needs to be done here. I would have appreciated a clearly displayed objective or method to work out what needed to be solved in order to progress. As mentioned, this can normally be worked out by smashing your way through the environment until you discover the solution but is still a minor gripe I had at times. 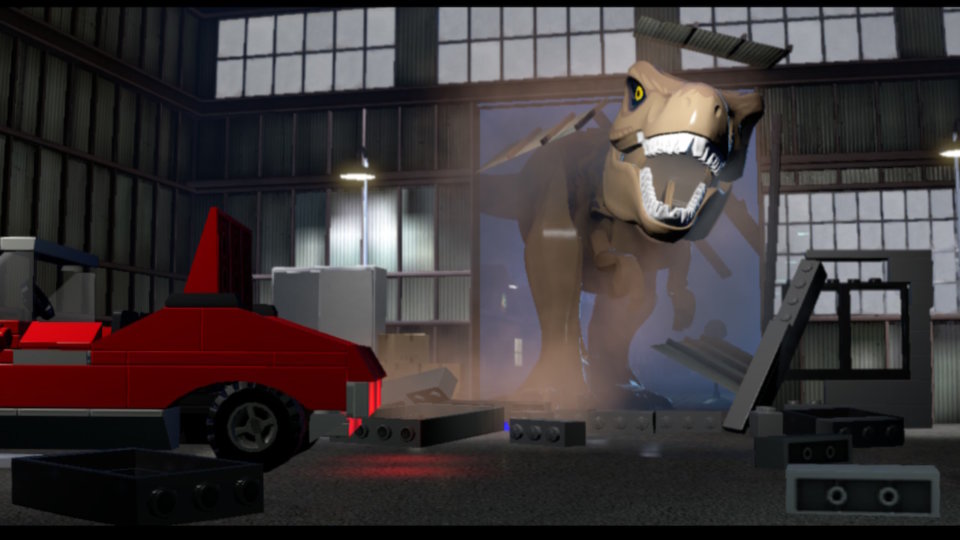 If you’re a fan or either LEGO games or the Jurassic Park franchise you’re going to have a really fun time with LEGO Jurassic World. The game captures the feeling of the Jurassic Park films and by including the storylines of 4 films, it offers a lot of gameplay value in one package. The game runs really well on the Nintendo Switch in both docked and handheld modes so you’ll have the option of chasing down raptors while on the go if you choose. With the amount of collectibles to find and over 120 characters to unlock and play as, LEGO Jurassic World will certainly keep you entertained for a long time.