Kill La Kill:IF isn’t the first game to take an anime license and turn it into a playable arena-fighter experience. And it certainly won’t be the last. The genre lends itself so well to anime titles, especially those featuring plenty of conflict and combat because it allows the player to take control of their favourite characters (often those that don’t get a chance to truly shine in the show), learn their moveset and put them into their own combat scenarios. Kill La Kill:IF goes to the extra effort to make the game and it’s characters feel unique which will be appreciated by those in the fighting game community but may be what drives some fans away if they go into it comparing the game to other anime arena fighting games. I’ll elaborate more throughout the review. 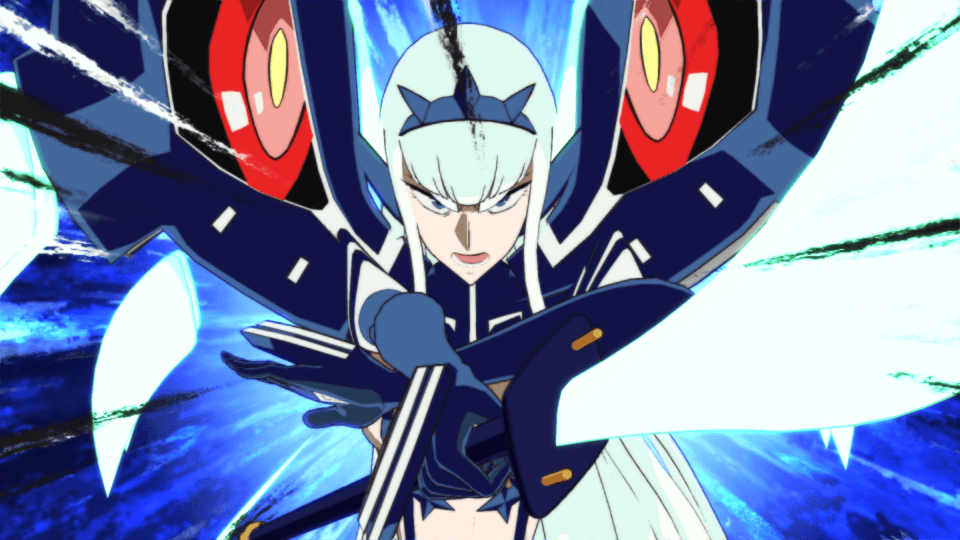 Kill La Kill: IF has been developed by APLUS Games, the same studio that worked on last years’ Little Witch Academia: Chamber of Time game and the project has also been overseen by the folks at Studio Trigger, known for the original anime adaptation for Kill La Kill.

Upon first jumping into the game you won’t be able to do a whole lot except dive into the story mode (other than browse the game’s options menu). The Versus, Practice and Gallery modes are locked until you’ve hit various stages of the first campaign Kill La Kill: IF offers. I didn’t mind this as I almost always jump into the story mode first when trying out a new fighting game as it’s opening missions are normally focused around teaching you how to play and how to perform the various attacks on offer for the key character(s). And that was exactly what Kill La Kill: IF did. I know there are some fighting game fans that prefer to jump straight into competitive or practice areas in their games so I thought it was worth mentioning. Luckily, if that does sound like you, you won’t have wait too long to unlock those modes. They become available upon completing the first few chapters of Story Mode. 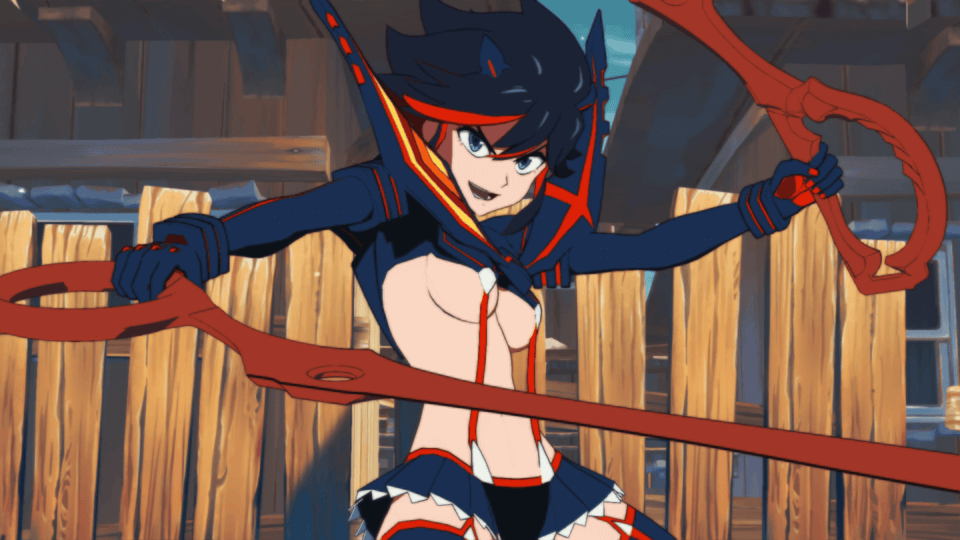 The game’s story is definitely targeted at, and will be most enjoyed by existing fans of the Kill La Kill anime or manga. Unlike some other anime fighting games, Kill La Kill:IF’s Story Mode isn’t an exact retelling of the anime series from the beginning and doesn’t take any time bringing you up to speed on who the characters are or explain their back stories. There is a Glossary area within the Gallery Mode that will provide brief paragraph long descriptions of the characters and the series’ core concepts and terms but it will do little to bring newcomers to a point where they will grasp the full story.

The Story Mode campaign is played from the perspective of Satsuki and showcases many of the anime’s key conflicts from the later half of the series but this time told from Satsuki’s perspective. The story mode doesn’t just retread the main story beats of the anime though, it does branch off and include some pretty interesting original stories that I’m sure people will get a kick out of where the new narrative goes.

After concluding Satsuki’s story, you’ll unlock the game’s second campaign. This time playing as Ryuko. Both campaigns can be completed in around 4 hours, so it is on the short side but I did enjoy the pace at which the story played out, often with some lengthy, nicely animated cutscenes in between and the variety of mission types presented within the chapters. 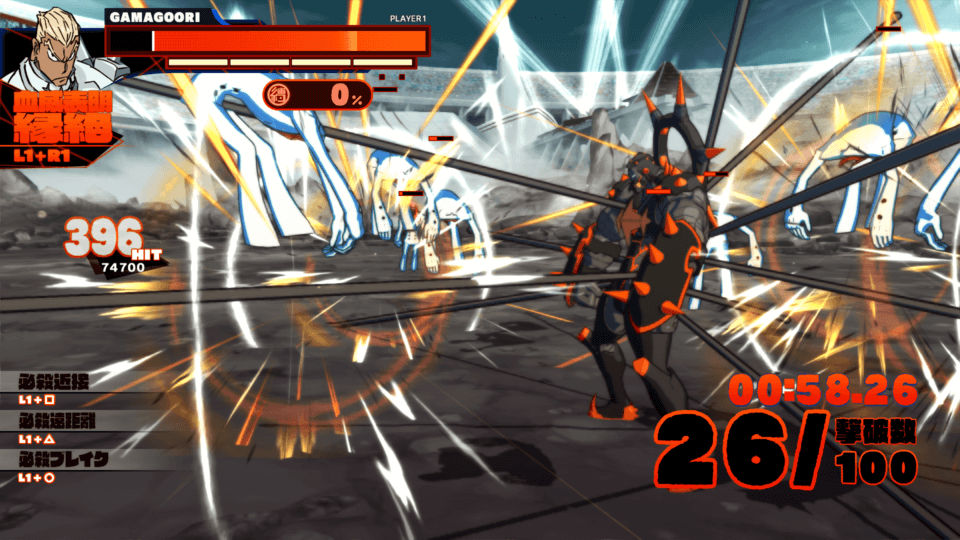 One moment the mission is a one on one bout. The next you could be taking on a number of key foes at once and then there are even Warriors/Musou style missions that have you eliminating 30+ enemies at once. This change up kept things fresh throughout the short yet engaging story modes.

One of Kill La Kill:IF’s strengths is that it’s roster of characters feel and play uniquely. Each come with their own strengths and weaknesses you’ll learn as you try them out and there is no one big powerhouse. All characters feel balanced and you’ll have a fun time each time you jump in and try to learn a new one.

Each fighter has the same base moveset with them possessing a close range attack, long range attack and a guard break. Attacking will also fill up a special meter that is able to be spent to unleash special versions of the character’s close, ranged or break attacks but can also be spent to escape ongoing enemy combos or to initiate Bloody Valor, a rock, paper, scissors type clash that could go for or against you and also has the ability to instantly defeat your opponent if you’re good enough.

But just because each character has the same core attack types, don’t think for a second that they all play the same. Unlike many anime fighters that carry large rosters where everyone plays almost identically, Kill La Kill:IF makes the effort to make sure each of their characters have a purpose, but in return has launched with a limited character roster of only 10 fighters, with 2 more available via free dlc. Unfortunately this may cause players to directly compare it to other arena fighters and be put off by the lack of playable characters here, even if the ones on offer are unique, well balanced and interesting. 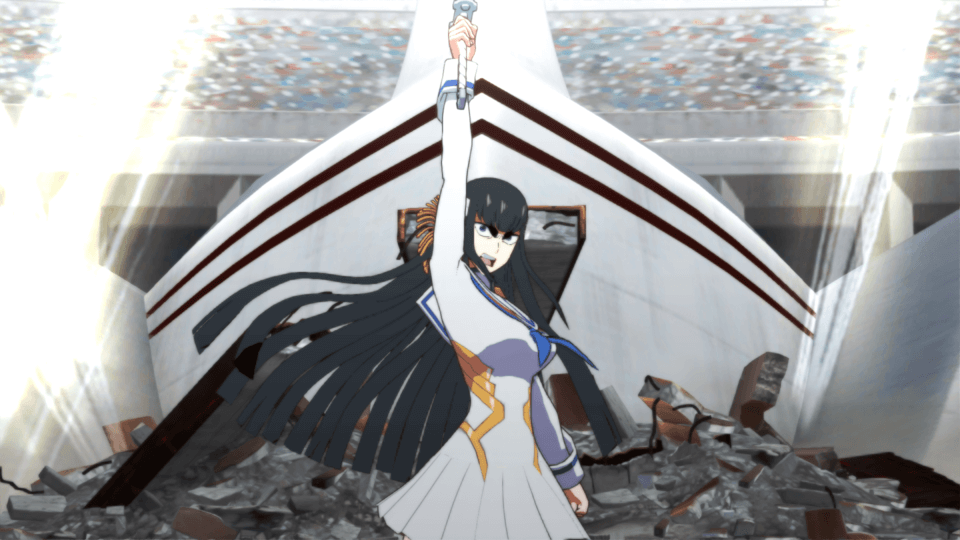 One of the first things you’ll notice after booting up the game is how great it looks. The team at APLUS have done a great job replicating Trigger’s character designs into 3D cel-shaded models and animated their motions to look both devastating and fluid. The only downside to anything on the visuals side is the stage designs. They’re quite flat and uninteresting compared to the awesome character models and don’t have any destructible components that could change up gameplay and keep things visually interesting.

A big surprise I wasn’t expecting in the game was it’s dual voice track. Many anime tie-in games ship with Japanese audio only. With games from the incredibly popular One Piece and Sword Art Online franchises releasing in the west without English dialogue I didn’t expect Kill La Kill to have it but really loved that the option was there.

I played the game on the Nintendo Switch and was really impressed with how it ran. Without having the PS4 version to directly compare it to, I didn’t find any of the visuals to be lacking or noticeably downgraded that can be quite obviously spotted in other titles that ship on multiple platforms. I did notice a little bit of slow-down performance wise during some of the horde missions when there were quite a few enemies on screen but it normally resolved itself within a couple of seconds.

The few games I played online also went down without a hitch. The netcode powering Kill La Kill’s online Versus mode seems solid and I didn’t run into any lag even when fighting with other players located on the other side of the globe. 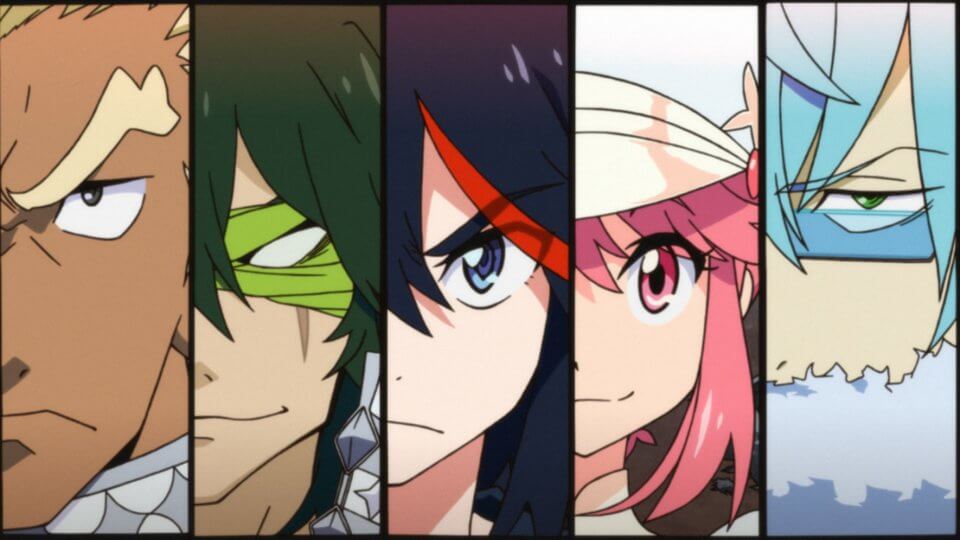 Kill La Kill:IF is a great first entry into the world of video games for the Kill La Kill franchise. It offers a unique roster of characters that each feel different to play and have captured the signature Trigger art style of the source material. Though the main story is on the short side so if you’re a player that just wants to play purely for the new story, then you may be best off waiting for a sale. Otherwise you’ve got a really entertaining game here that will keep you wanting to learn new fighters not only to unlock everything within the game’s Gallery mode, but because they are each so varied and competitive in their own way.

A Nintendo Switch review code was supplied by the publisher for the purpose of this review.