If you’ve ever wanted to be a fly on the wall during a game of Cluedo and own a PSVR headset, you’re in luck and should probably check out the latest title from developers, Tequila Works (Rime, Sexy Brutale), The Invisible Hours.

The game…Well actually it’s probably best to mention right off the bat that this isn’t really a game, in the traditional sense but more of an interactive VR movie. The interactive movie takes place on a private island where a group of strangers have received invitations to attend an event at the home of Nikola Tesla. Some of the guests are also made up of famed historic figures with Thomas Edison and Sarah Bernhardt also on the guest list.

Almost immediately into the game’s plot, it is revealed that Nikola Tesla has been murdered in the foyer of the mansion. Attending detective Gustaf Gustav vows to reveal the murderer, leading to a dramatic and thrilling murder mystery ‘whodunit’ story where everyone is a suspect. Was it the blind butler, an ex-convict, the world’s most famous actress, Tesla’s former assistant or his rival inventor Thomas Edison? You’ll have to experience this one for yourself to find out.

So as mentioned above, what makes this more of an interactive movie rather than a game is that you don’t have a player avatar. You’re more of a wandering spirit that can move around and follow the characters as the story plays out to see what they were doing at any one point of the story. They can’t see you or know you’re watching them. You are able to pick up key items in the game world to analyse them but they only provide further story and lore to you the player and those actions don’t change the plot of the story. It really is a ‘fly on the wall’ experience that allows you to see for yourself who in the mansion is innocent, lying or up to something really sinister. 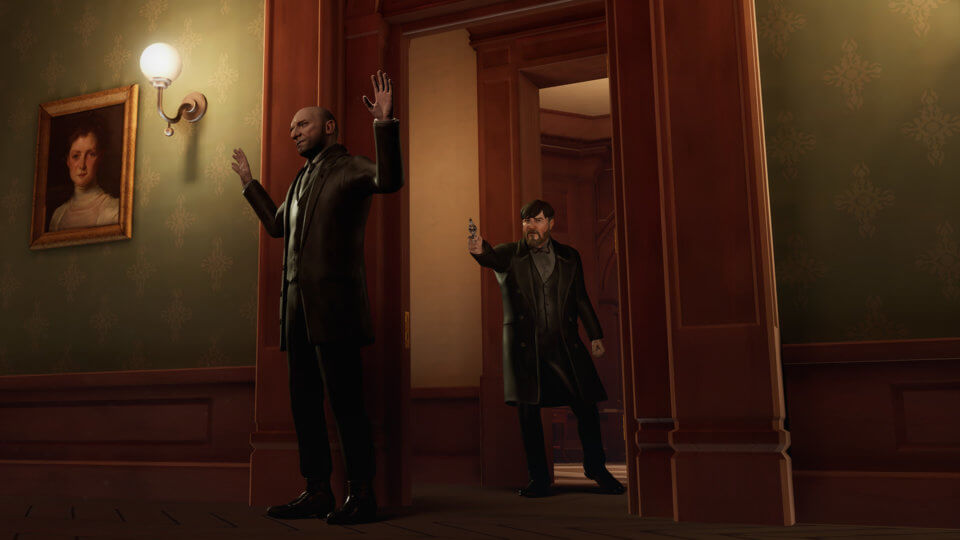 You have a number of movement options when it comes to being that fly on the wall, and when it comes to VR motion it’s important to get it right or give the player a number of options so that they can go with what feels comfortable to them. In The Invisible Hours you’re able to move around using a point and click teleportation system that has been used as a standard in quite a few VR titles to date, from there you are also able to pivot in 90 degree increments to ease the motion. If you prefer to have a bit more of a sit back and relax while playing, you’re can ‘attach’ yourself to a particular character in the story and you will automatically follow that characters path and get to view the story events from that persons perspective, preventing you from having to move around yourself.

You are able to swap and change which character you’re attached to during the story, but I found myself sticking with a particular character for the game to get their side before jumping back in and playing again but deciding to follow a different character, as the events for every character all happen in real time so multiple play-throughs are needed to get the most out of the story and work out who is really up to what. But on those additional play-throughs you will be able to take advantage of the game’s pause, rewind and fast forward options to get through sections of the story you’ve already seen or aren’t important to the character you’re currently following to optimise your experience better. 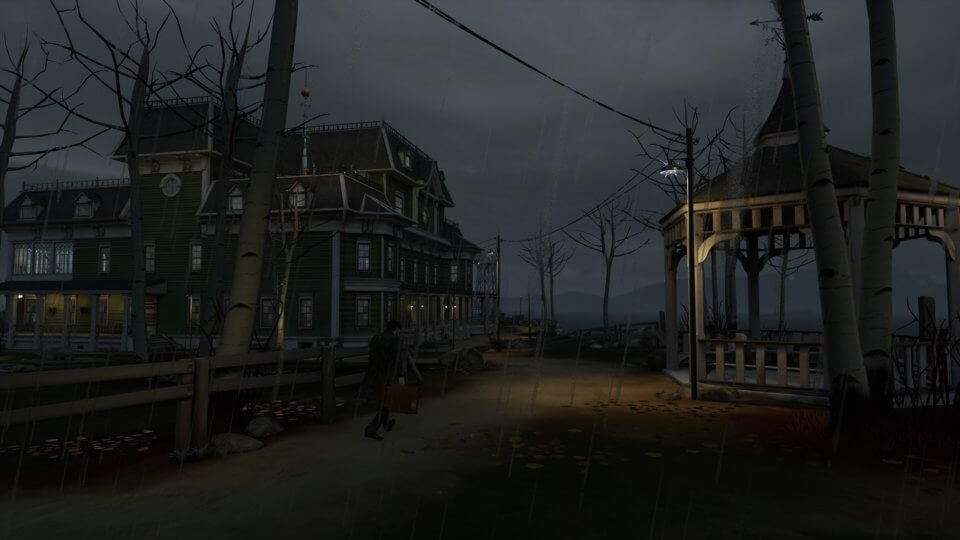 You Should Be Coming Back For More

The overall story of the game is told in 4 chapters that in total come in at around 90 minutes. As mentioned, you’ll likely want to dive back in straight away after finishing the story to experience other perspectives. After experiencing the story from a number of different views I felt I was done with The Invisible Hours after about 7-8 hours. This may put some people off as the game is on the higher end, price wise for VR titles at $54.95 (in Australia) but if you’ve already got the PSVR I’d definitely recommend experiencing The Invisible Hours as there isn’t really anything else like it in the VR market right now. Even if you wait for a sale to justify the price, it’s worth playing.

Also don’t go in expecting a graphical masterpiece, this game is focused on being a great story experience not a CryEngine fantasy masterpiece so you will notice some textures in the game that look quite dated, some moments there was some blurriness of characters and assets that weren’t in the foreground but for the most part Tequila Works have made the best of the PSVR headset by opting for an art style that could cope with the constraints of the hardware to deliver the experience they have.

Overall I had a great time playing through The Invisible Hours. It was an interesting way to tell a murder mystery story and was done in a way where you can experience the plot twists from many different perspectives. With the initial experience being fairly short it caters to those that are only able to experience VR in short bursts but can always jump back in to experience the story from another angle. If the price point puts you off initially, please wait for a sale as The Invisible Hours is a quality entry in the Playstation VR library of games.

A review code was provided by Playstation Australia for the purpose of this The Invisible Hours review.