When God of War received it’s soft reboot in 2018 and sent Kratos to Midgard for an adventure through the realms of Norse mythology, it revolutionised what I thought a God of War game could be. It was my game of the generation for the last series of consoles and has had a lasting impact on myself, as well as many others I know. Now Kratos’ journey continues, and while it’s less of a major direction shift compared to how different (2018) was to it’s predecessors. It improves on every aspect I already loved from the last journey with Kratos and Atreus, implemented a lot of feedback and delivers a story that is packed full of incredible characters, relationships and emotions. So many emotions.

God of War Ragnarok picks up 3 years after the events of the last game. Fimbulwinter is in full effect, leaving the once lush land of Midgard we journeyed through in the last game as a snow covered, frozen shell of it’s former self. But when a discovered prophecy threatens to impact not only the lives of Kratos and Atreus, but the whole 9 realms a new journey to try and change fate sends our characters on a quest throughout the realms of Norse mythology. 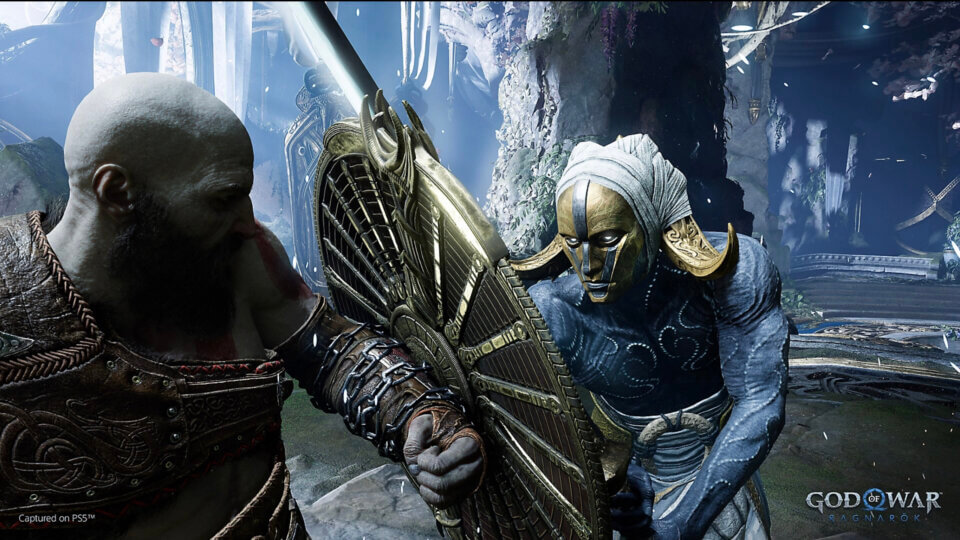 I really loved that the creative team chose to have the game occur after a timeskip and not just immediately following the last game. It allows Atreus to be aged up of course and shows immediate growth in his own abilities and his relationship that has grown with his father. But also allows the world itself to feel so much more real, and lived in as we learn what each of the characters have been up to in the 3 years, and their new struggles. It shows that the world and it’s many pieces keep moving even when the camera isn’t focussed on their story. Much like how many of the Star Wars films include multi-year time jumps between them to do similar things with it’s characters.

It’s really hard to discuss much of the story plot without spoiling it, and boy, there’s so many great surprises, shocks and plot twists in this game, so strap in. Much like the previous game, one of it’s strongest components is it’s writing, the overall story and it’s character interactions. With Ragnarok, I was never able to successfully predict where the story would head to next. The ‘story trailer’ Sony released does a great job at setting up the premise of the game while also giving you no idea of what you’re in for when you actually jump in and start experiencing this game. The pacing is fantastic, there is always a nice change up in gameplay to keep things fresh and interesting and the story beats constantly had me asking ‘and then what happened?’ Forcing me to jump back in and play more. It’s the most character driven story I’ve played all year and goes against all expectations. I can’t praise how fresh both the story and gameplay was to experience while reviewing this game, and everything is enhanced with new twists on existing mythology, lore drops and the worldbuilding of each of the realms.

Gameplay-wise, Ragnarok feels great to play. The combat continues to be raw and powerful the game provides that same satisfying feeling the last game gave every time the Leviathan axe flung back into Kratos’ hands or the Chains of Olympus tore through an enemy. There are so many other things that have this same impact, but really don’t want to go into specifics as they’re heavy spoilers and every player should have the surprise of experiencing these things firsthand. 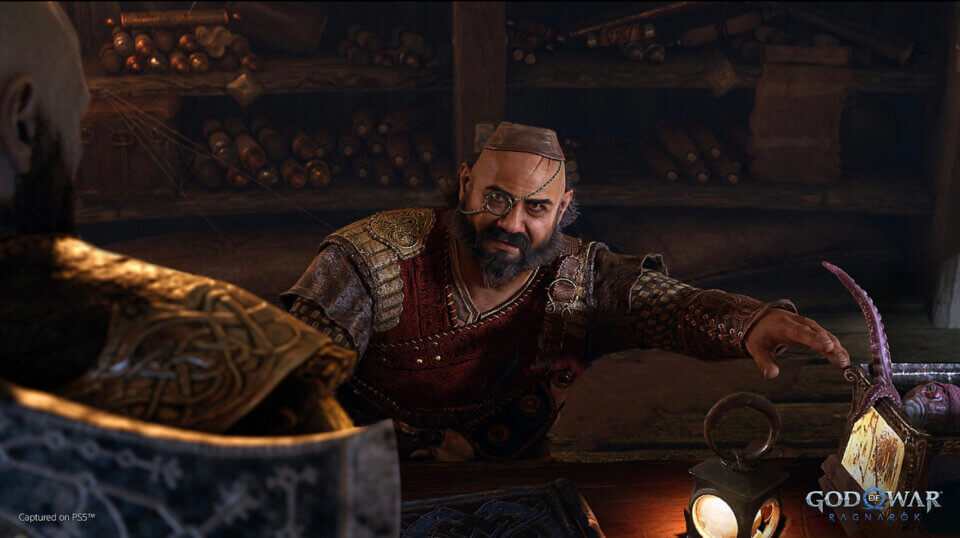 Outside of the main story, Ragnarok features a heap of side content, loot to find and upgrade, lore to uncover among other reasons to continue to come back and enjoy the game outside of the main plot. Like God of War (2018), Kratos and Atreus are highly customisable, so your load out, gear and abilities can be completely different to another player’s characters, with you having the ability to choose the armour sets, weapon upgrades and enhance each character’s skill trees in the way that best suits your chosen playstyle. This further adds to the replayability aspect of the game and provides an immense amount of choice for a single player, story focussed title.

While God of War (2018) is widely considered a masterpiece, there were some granted criticisms raised by a number of people that played the game. Criticisms that the team at Santa Monica Studio took on board and have gone well and above to fix. Where the enemy variety in the last game was limited and somewhat repetitive, Ragnarok has introduced so many new enemy types and variations across the nine realms to keep things constantly interesting and keeping players always on their toes. There are also so many more bosses and sub-bosses to locate, strategise against and take down, and as I’ve touched on a few times in this review, all 9 realms of the Norse mythology the game is built upon are able to be travelled to and explored. I already loved what was delivered in the last game so to see every aspect of Ragnarok turned up to 11 and seeing how the team implemented so much of what fans wanted to see really showed how much they cared about delivering not only a satisfying end to the Norse saga, but a satisfying and moving experience for their players.

Almost immediately after booting up the game, you’ll get to experience how beautiful the visuals are. The art teams have delivered an absolutely gorgeous looking game and the drastically different designs of each of the realms and the locations within them really highlights the game’s incredible art direction and the talent of all of the artists involved with bringing this game to life. I don’t often take screenshots when playing games for review but I couldn’t help myself taking more photos in Ragnarok than the other games I’ve played in the past 2 years. There is no photo mode in the game yet, but it is confirmed to be coming. But look forward to all of the stunning creations that are sure to come from this game in the coming months.

God of War Ragnarok is clearly a sequel to the 2018 game, and while people could jump in and play this game without having played the last, I really could not recommend any one do so. Really don’t do it. Not only would you be robbing yourself of a great game, arguably the best of the last console generation, but the character development, story and the catalyst for this game’s premise relies so much on the experience of playing the last game. Ragnarok does feature an option from the main menu to view a recap of the events of the last game, but this is such a brief snap-shot retelling of key events from the last game that it should be used more as a refresher for people that have played the game but perhaps it was some time ago rather than using it to be brought up to speed and not have to play the last game. 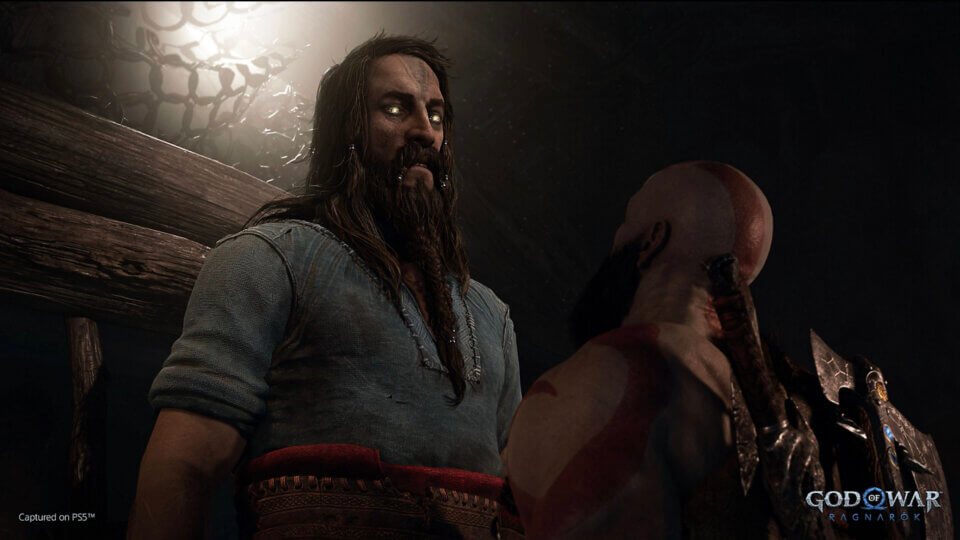 The journey of Kratos’ change from the raging God of War to the more methodic father figure was one of my key highlights of the previous game and I was so glad to see him, and the other characters established in the last game growing even further. And my gosh is this an emotional tale. Playing it yourself, you’ll experience just how special this story is and it’s undoubtedly going to have a huge impact on people. Ragnarok has some incredibly powerful and emotional moments that are further enhanced by another fantastic score lead by Bear McCreary.

The team at Santa Monica Studios have caught lightning in a bottle twice in a row now. God of War Ragnarok is an incredible masterpiece, and an experience I have no issue recommending to anyone looking for a great video game. It’s story is driven by a stunning cast of characters and elevated by industry leading art, music and character writing. The game itself bleeds quality. I can only imagine the pressure the team had to follow up the legacy of the last game, but they’ve managed to improve on God of War (2018) in every way, while maintaining true to everything that made the game great. Ragnarok is certainly going to be in the mix when the next ‘game of the generation’ discussions happen again in the coming years.

A PS5 review code was provided by PlayStation Australia for the purpose of this review. 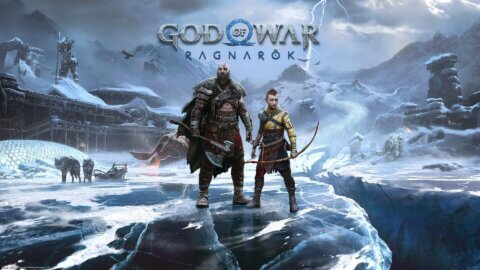 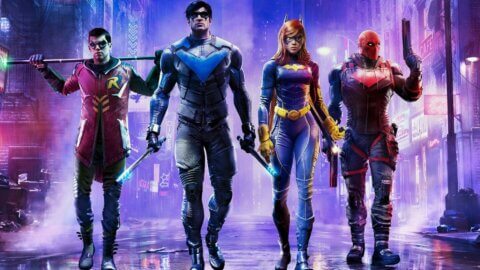