If you own a Nintendo Switch and you’re a fan of Final Fantasy then it’s been a great last 6 months for you. In that time we’ve seen Final Fantasy 9, 7, X, X-2 and now 12 ported to the console, appearing on Nintendo hardware for the first time. And with the time investment required for these titles, being able to play them on the go is a much appreciated bonus. 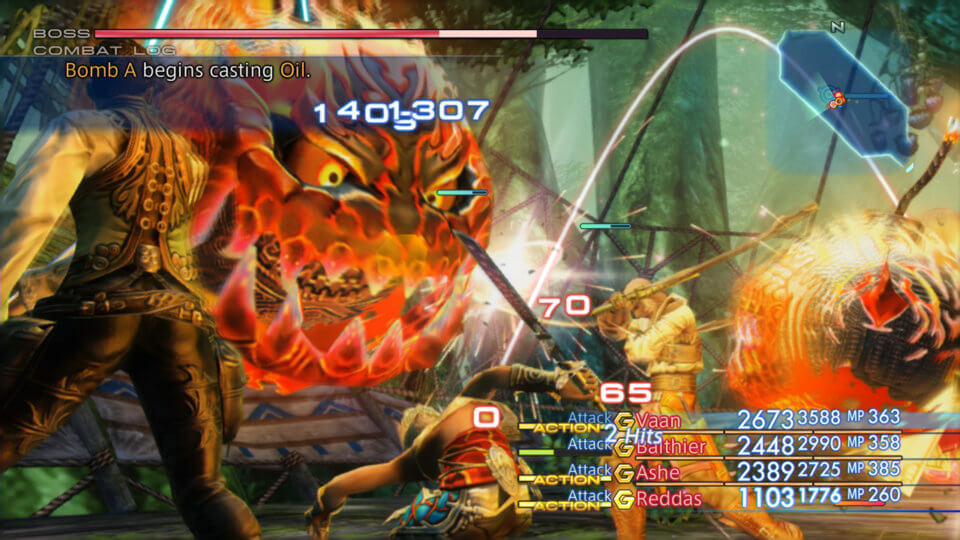 Final Fantasy XII first launched on the PlayStation 2 back in 2006 and follows the story of Vaan, a teenager who has lost his family after a recent war. He dreams to one day become a sky pirate and travel the world but the plot of this game results in him pulling together a party of interesting and colourful characters to try and bring an end to the conflict between 2 large nations within Ivalice and prevent another war.

Throughout it’s many years, Final Fantasy has been known as a series often associated with magic and high fantasy. But Final Fantasy XII contains a much more grounded story highly focused around war, politics, noble families and their alliances. Don’t get me wrong thought, there’s definitely still plenty of “Final Fantasy-ism’s” here to warrant the name. It’s still a tale full of magic, adventure, grand creatures and a Cid. It’s more serious tone may have been the reason behind me not playing the game much when I was younger, but now that I’m capable of following the political based conflict at the core of the story I found Final Fantasy 12 to be a more engaging experience this time around. 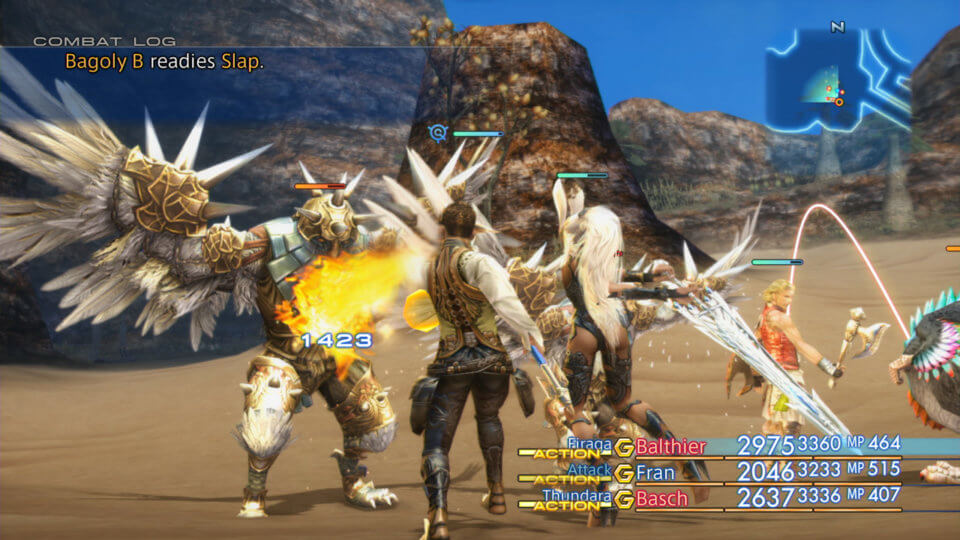 One of the biggest change-ups XII introduced was it’s real time battle system. Gone are the random encounters and there is no battle scene you’re whisked off to when encountering enemies. You’re able to approach them right there while travelling through the world and dive straight into a combat scenario. Even offering you the chance to sneak up on enemies to gain the first strike. But this also mean you need to always watch your surroundings because enemies are also able to approach and do the same thing to you and your party.

During combat you freely control one player but you’re also able to freeze the combat and assign specific actions to the other members of your party, such as manually telling them to attack, use magic or an item or heal other members of the party for example. If you’ve ever played the original Dragon Age game, the combat is very reminiscent of that.

If you don’t want to utilise this slower yet more strategic system you do have the option of using the game’s Gambit system. This system allows you to set up rules for the other party members such as whether to be more offensive or defensive or when to use items or spells etc. This allows for faster but less controlled combat scenario’s and is actually what I used for the majority of my play-through, finding that the party AI actually does a pretty good job keeping themselves alive and effectively dealing damage on the enemy. 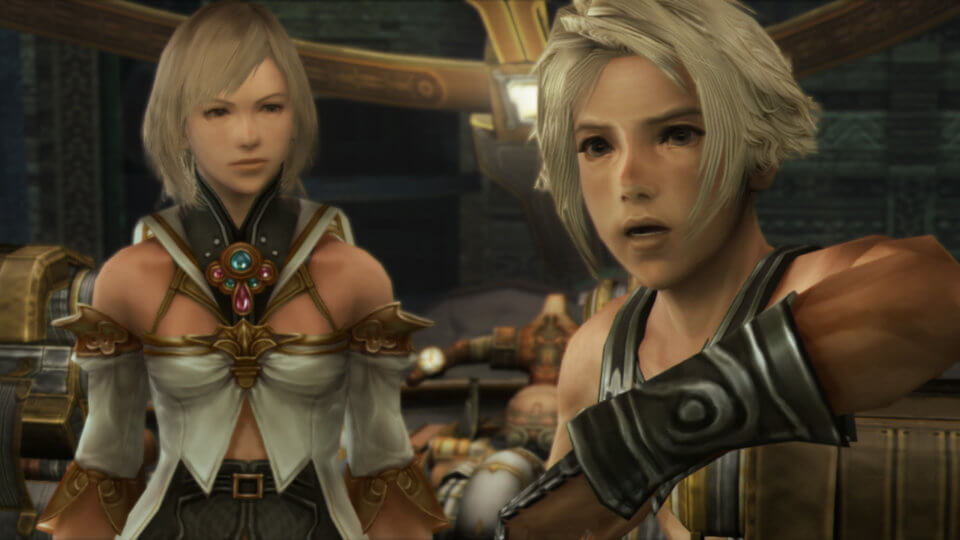 Each character in the party can take one of the numerous job classes available to enhance the range of skills and magical abilities in their arsenal. If you’ve played a Final Fantasy title before, this system will be highly familiar to you, with the jobs on offer being replicated throughout most of the Final Fantasy library consisting of Knights, Black Mages, Archers among many others.

You also have the freedom to control what gear each of the party members possess also. Freely being able to change up what armour pieces and weapons they will use in battle. Some of the items are locked to certain job classes but it still offers a large level of customisation in the way you want to play through the game.

One thing I’ve loved about the recent suite of Final Fantasy ports are their inclusion of various quality of life improvements. And XII joins the party with the introduction of the fast forward/high-speed mode. There’s no doubt that playing through any of the Final Fantasy games is a large time investment so having the option to enable a system that values your time, allows you to fly through battles and cover open fields in the world much quicker is very much appreciated. Best of all it doesn’t hurt the overall experience, just allows you to achieve the same results but in less time. 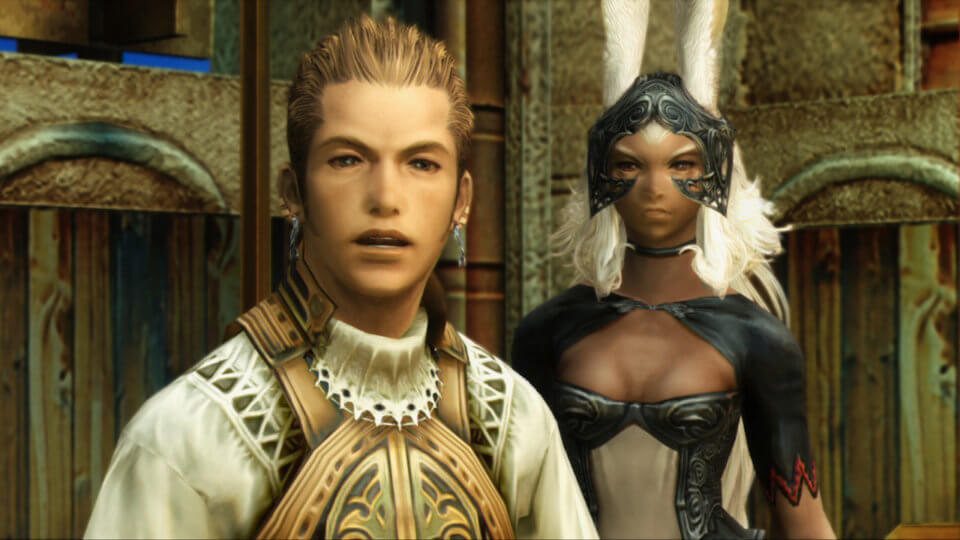 The Zodiac Age remix also includes high-resolution overhauls for the game’s environments and character models, a new re-recorded soundtrack (the old one is still available to be selected from the main menu if you wish) and the option to freely switch between playing the game in English or Japanese. For those up for a challenge there is also a new floor-based Trail tower mode that pits you against some seriously tough foes as you progress up the tower.

For Nintendo Switch specific features, the game runs great in both handheld and docked modes, there’s no noticeable sacrifice in performance or visual fidelity when playing on the go which is great to see because some larger scale RPG’s in the past have had to dial back either the visuals or framerate when playing un-docked to get in running on the Switch’s hardware.

While the visuals in the Switch version are far from bad, I did notice that the textures in the environment and some character models do look a little better on the PS4 port of The Zodiac Age that released back in 2017, which I figured could be the case due to the hardware capabilities of the PS4. Regardless of which platform you play on, the assets are starting to show their age even with the high resolution upgrade painted over the top. The game looks great but it’s clear based on the character models and the design of the world that it was created for older systems.

Final Fantasy XII: The Zodiac Age is another solid port and a welcome addition to the suite of Final Fantasy games making their way to the Nintendo Switch. Although it’s apparent that the game was designed some time ago, it still looks and runs great on the Switch and comes with some much appreciated quality of life improvements that assist in streamlining your experience with the game.