Choose your own adventure games are all the rage right now. Many different developers are using the framework across many different story genres to give players a deeper level of immersion and interactivity with the stories they’re being told. One that does things a little differently though is the debut game from Flavourworks that was stealth dropped during this years’ Gamescom, Erica. 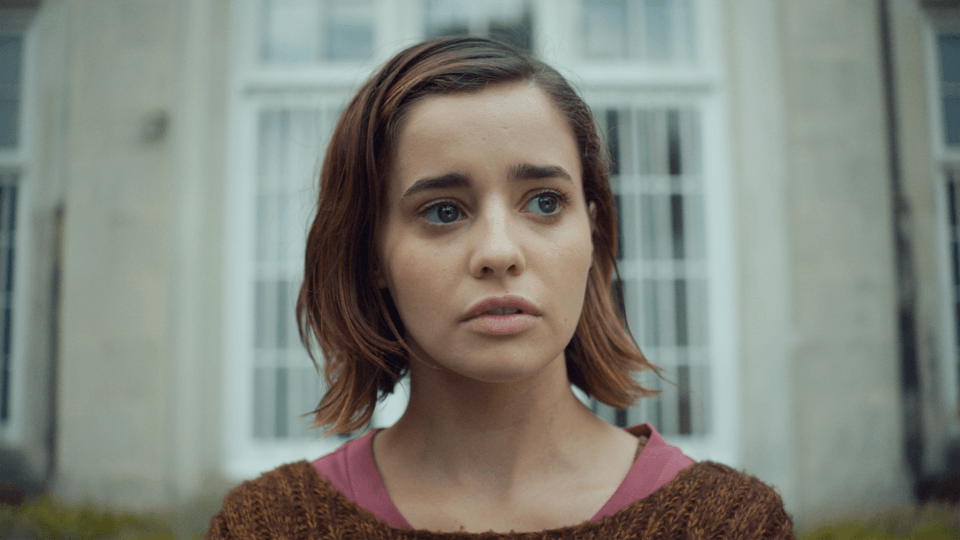 Erica is an interactive live action experience that uses some cutting edge technology that allows you to control how the story plays out and does it in a way that presents a seamless feature length film. Like most choice driven adventure games, your choices will cause the story to twist and turn in a number of ways and even though the game can be completed in just under 2 hours, it’s able to be replayed numerous times to see the full story and witness it’s multiple endings.

Erica stars Holly Earl as Erica Mason as she attempts to uncover the mystery of her father’s murder that happened a number of years prior. We learn that Erica’s father was the founder of a mental institution called the Delphi House and after the opening events of the game bring her back to the property, we begin to unravel what’s really going on inside the building, learn about the pasts of her parents and try to solve a conspiracy-like mystery without getting caught.

Having the game be presented in live action made it incredibly immersive. When not making choices it’s just like watching a regular film play out. There’s no uncanny valley to deal with as there are no 3D character models, all the characters in the game are played by real actors who all give solid performances. And by being so immersive it’s able to convey certain emotions to the player much easier. Throughout the game you’ll experience joy, uncertainty, fear, happiness, friendship, sadness and power, all in the space of 2 hours. It’s a real roller-coaster of a journey. 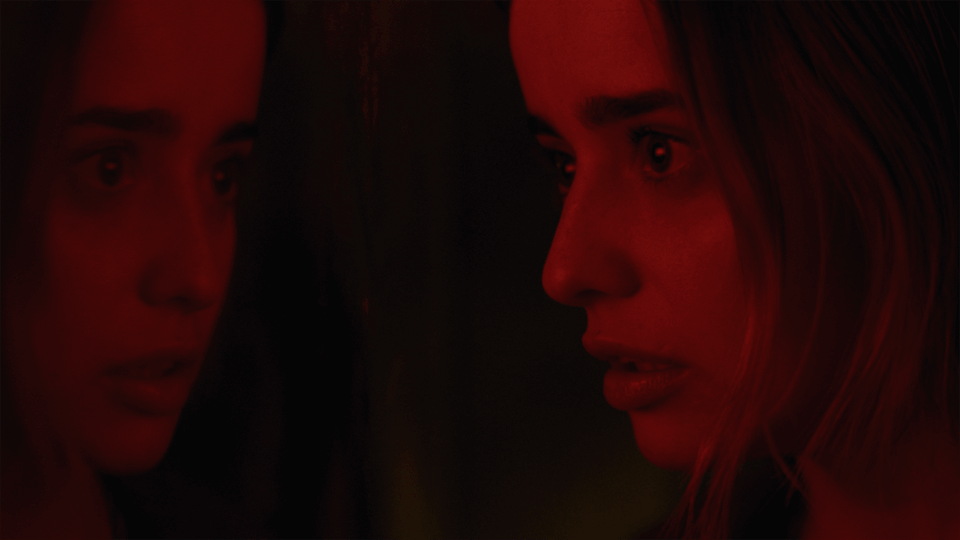 One thing that Erica conveyed best, and stuck with me for the majority of the journey, was the feeling of uneasiness. This was likely helped by being set in and around a mental institution, but still, it’s clear from very early on in the game that something really isn’t right and just about every interaction with another character had me reserved in trusting them. I played through the game with the mindset that I couldn’t trust anyone, and by the end I realised that wasn’t quite true but I did learn that trusting the wrong people or betraying the trust of others can lead to some less than ideal circumstances or outcomes for Erica.

Controlling the game and selecting the choices in Erica is done via touch and gesture based motion controls. You can use the touchpad built into the Dualshock 4 if you wish, but the game recommends controlling the adventure via the companion mobile app. I tried the game using both and agree that the mobile app is the way to go. Swiping your finger on the screen will control an onscreen cursor that is able to be hovered over choices to select them. You’ll also be making a number of swipe based gestures on the device to control things like turning keys, opening drawers, cutting things, sparking a lighter, among a ton of other things to use the intractable in-game items. 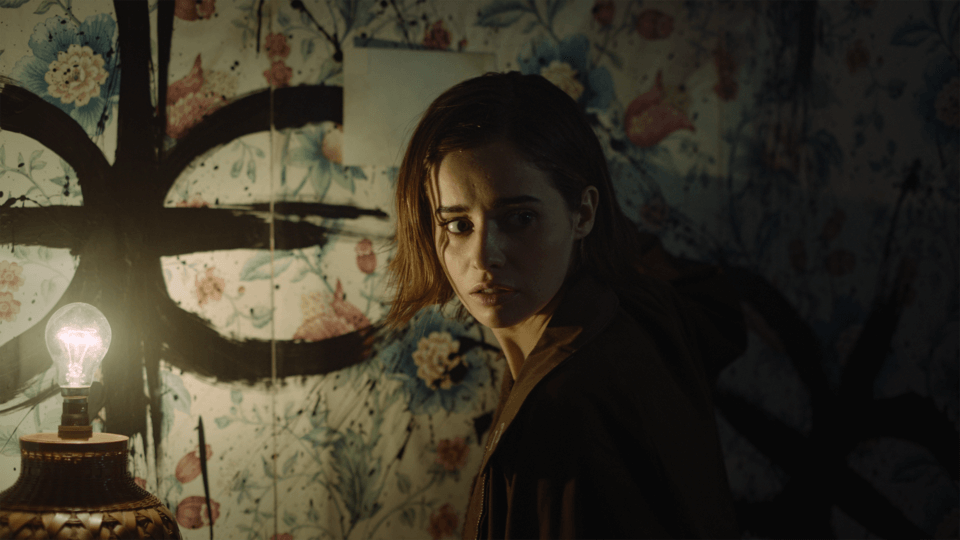 Where Erica excels is with it’s presentation, not only is the live action component composed, shot and directed well, the way it’s pieced together while taking on your choices is completely seamless. Making a choice instantly leads to the action playing out on screen or the dialogue being spoken, you’re never met with a loading screen or noticeable transition where the correct clip is being loaded and played, it just works. While playing it I found myself thinking a number of times about how well this must have been planned out, shot and put back together to pull this off and it’s clear there is some special tech powering the choices and rendering of the scenes. Flavourworks calls the technology ‘Touch Video’, it has me really interested to see what they do with it in the coming years because it’s applications in this genre could lead to some really engaging and immersive stories.

While I wasn’t really satisfied with the ending I got, I know there are better ones available and I know which choices I messed up that lead to the outcome I saw. This only made me want to go back in and see what scenes I had missed or what would have happened if I had taken things down a different path. One thing I was a bit disappointed with was that there was no scene or chapter select available after finishing the game. I would have loved to be able to jump back in at a certain chapter and play things out from there, making different choices from that point to see how things might have changed but the game only gives you the option to start the whole movie over again upon finishing. 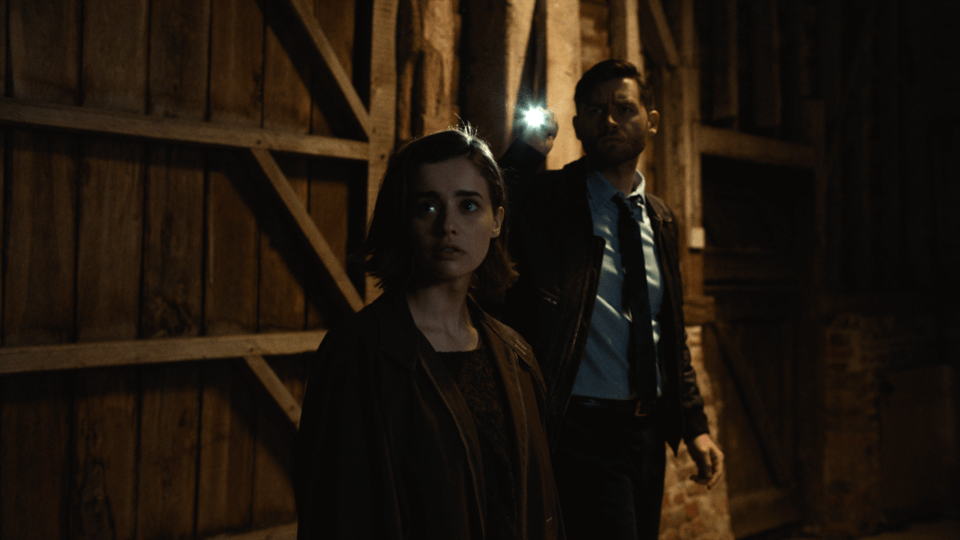 Erica takes us back to an era where FMV was a thing but uses it to provide an engaging and captivating experience, not just to deal with hardware limitations. It’s asking price of $13 AUD is very reasonable considering it can be played multiple times, presenting very different outcomes each playthrough all for less than the cost of a single movie ticket. It’s a game I’m sure I’ll be diving back into but mostly I’m looking forward to seeing what Flavourworks can do with the Touch Video tech next.