Ever since it was initially revealed back at the PS4 reveal event in 2013, Dreams has had me interested and on board with what it was trying to do from the get go. I was already a big fan of Media Molecule’s previous works, so when I saw that their latest game would be focusing in hard on the game creation side of things I knew I would definitely be trying it out as soon as it released as I’ve dabbled numerous times in a number of different game engines to try and bring a game to life, and Dreams definitely looked like it would meet the requirement of being a powerful creation tool that was easy enough to grasp from its initial reveal. It suffered numerous delays and many planned beta windows that came and went, but now almost 7 years on, Dreams is out for the public to get their hands on, dive in and get creating. And the creations just a few weeks in have already been incredible. 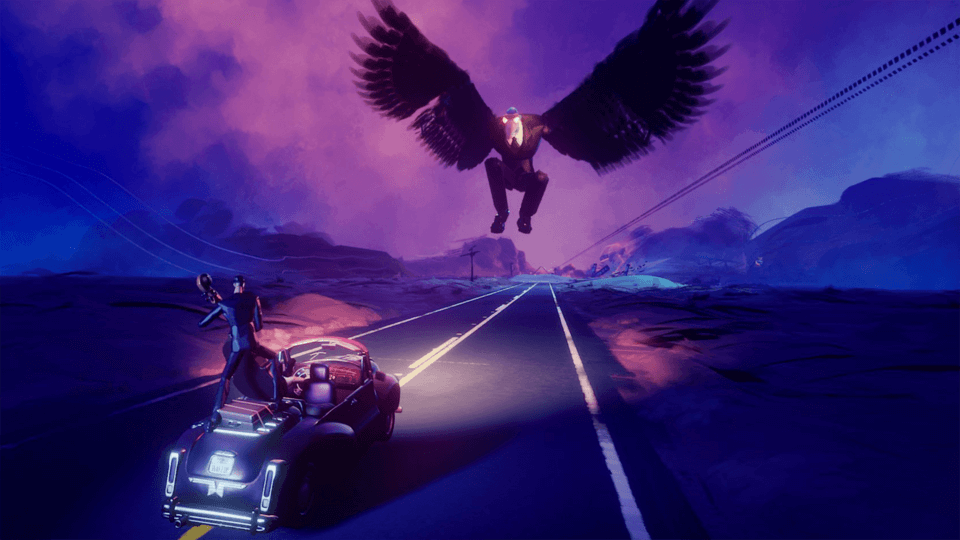 Much like with what they did with their previous hit series, Little Big Planet, Media Molecule haven’t just built a game here with Dreams, they’ve built a community. A community where people can come together to create, collaborate and share art so that it can be played and experienced by many others. Dreams, without a doubt continues the Play, Create, Share mindset and motto that Media Molecule have become known for in this industry.

When first jumping into Dreams, you’ll have access to both of it’s 2 main modes, Dream Surfing and Dream Shaping. Dream Surfing is the area where you can jump into the creations developed by others in the online Dreams community and Dream Shaping, as the name may suggest is where you’ll be able to flex your creative side and use the powerful tools Dreams gives you to bring your own ideas to life. 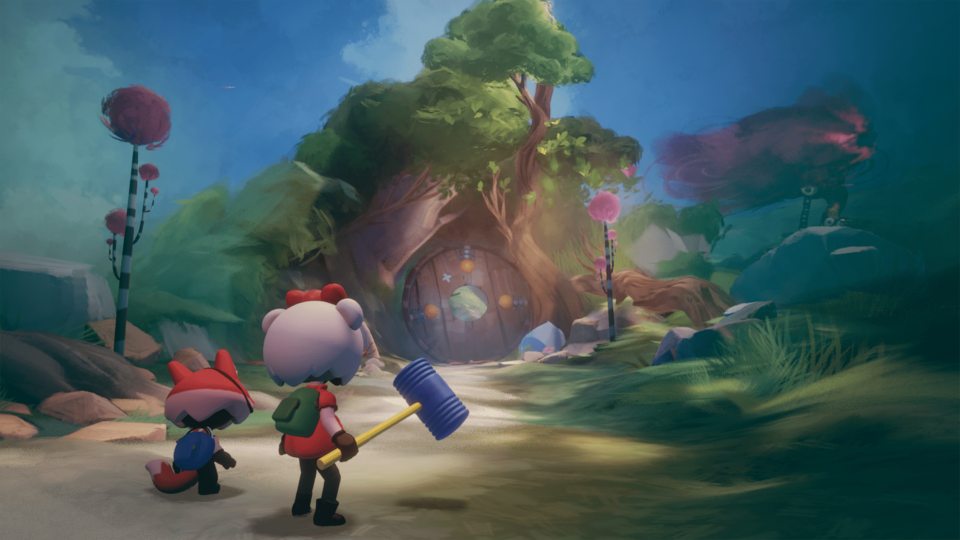 The first thing I recommend doing upon booting up the game for the first time is to jump into the Dream Surfing mode and playing through Art’s Dream, a story experience created by Media Molecule themselves. Art’s Dream is not only an engaging and somewhat darker story than we’ve come to expect from Media Molecule, it also showcases the kinds of games that be created using the tools at your disposal. Art’s Dream follows the titular Art as he tries to piece together pieces of his life that lead him to his current, somewhat-depressed state after being removed from his band where he was a famed double bass player. Throughout the 2-3 hour story you’ll jump into various components of Art’s life and mind which are each presented as different types of games. You’ll experience portions that are a point and click adventure, and others that are environmental puzzle games or character driven platformers. This further reinforces the diverse range of experiences that can be built using Dreams as Media Molecule created all of Art’s Dream using the same tools you’re given in the Dream Shaping mode. 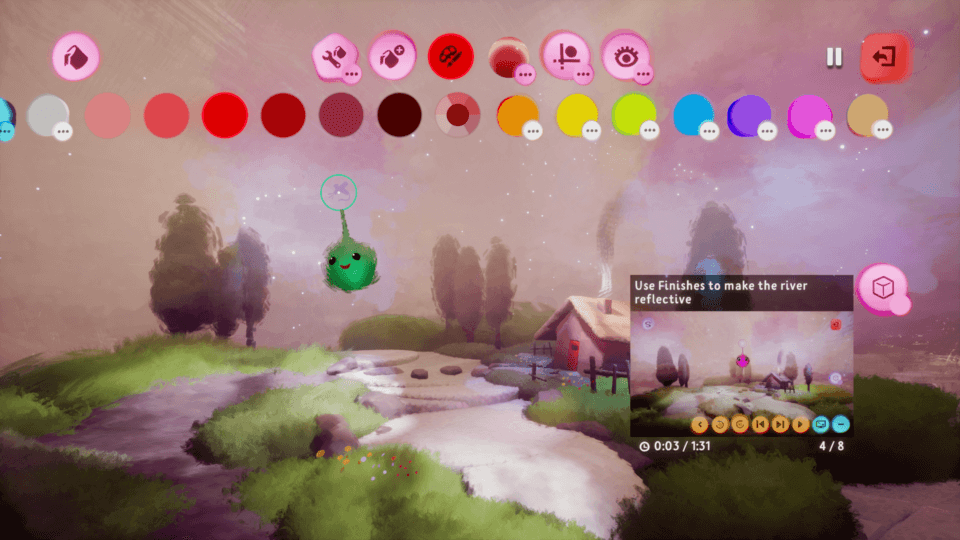 After playing through Art’s Dream it’s easy to feel overwhelmed when it comes to the creative side of Dreams due to how polished that previous 3 hours just was. Yes, you won’t be creating things on the same level as the folk from Media Molecule right off the bat, but the fantastic tutorials Dreams provides will take you from ‘game development newbie’, to ‘fairly decent’ in next to no time. Dreams holds your hand all the way through the tutorials, guiding you all the way from it’s most basic concepts, all the way to its more advanced mechanics that embed complex logic within your games. Even if this is your first foray into game development, Dreams makes it quite easy to get something that looks and plays decently in next to no time.

While Dreams does give you the tools to create some truly fascinating things, it’s not without some limitations. As mentioned in the opening of this review, I have dabbled with a number of game engines in the past, which can provide a bit more freedom in what can be created using them as things can be constructed and controlled at a code level. But although Dreams doesn’t allow you to manipulate things with the fine detail jumping into code would, it does make it incredibly quick and simple to get a 3D game up and running. Much faster than if you were to use one of the other leading game engines on the market. 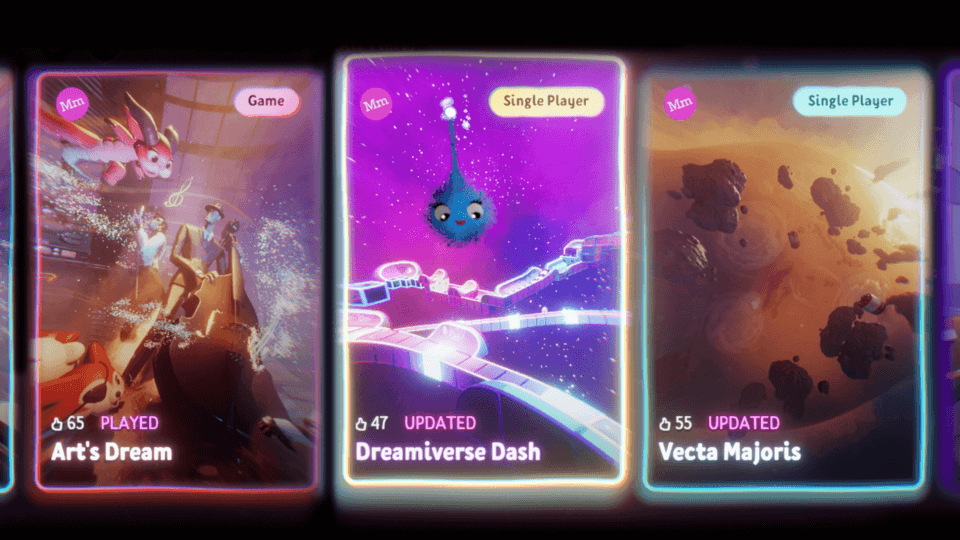 Also not having the ability to store information in a database means you won’t be making a hardcore RPG’s or data driven MMO’s in the foreseeable future. Media Molecule have mentioned that in future they will be adding in networking features, so who knows what Dreams may be capable of, but for now it’s limited to what logic can be programmed into the game using it’s interface and what can physically run on a PS4.

Dreams does deserve to be commended though when it comes to the presentation of the experiences you can create with it. Unlike other off the shelf game creation systems such as RPGMaker, games made in Dreams don’t have an identifiable signature. You can always tell when you’re playing an RPGMaker game, you won’t be able to tell just based on appearance that you’re looking at something made in Dreams.

Whether you’re making a first jump into the world of game development, looking for a new way to get your ideas prototyped and up and running really rapidly or just wanting to enjoy the fascinating creations others have made, Dreams has a lot to offer you. Media Molecule have once again brought together a community of like minded creators and given them some powerful tools to show off their creative side. Dreams has a big future and I’m very much looking forward to seeing what future updates hold for the game and the kinds of things the very talented community will build in the coming years.