If you’re a fan of action RPG’s or have been following the gaming space for some time, chances are you’ve heard of Dragon’s Dogma. Developed by Capcom and originally released on last gen consoles in 2012 before being ported to Pc and current hen consoles in 2017 it has now made its way to the Nintendo Switch along with all of its Expansion content. While it Does carry some technical issues I couldn’t help but look past them when I realised I had a really fun and deep fantasy RPG available at my fingertips whenever and wherever I wanted. 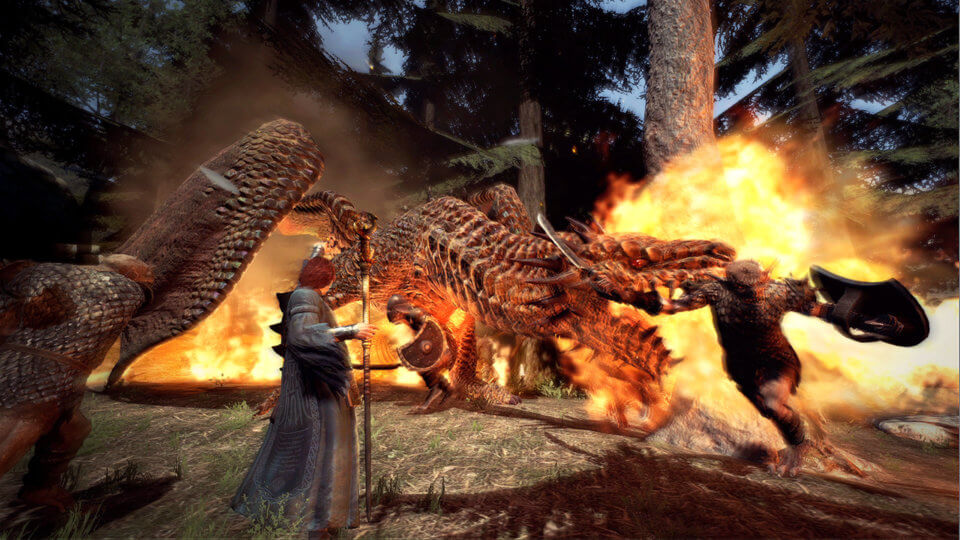 Dragon’s Dogma wastes no time throwing you into the story. Not long after creating your custom character who can be a male or female and selecting your initial class you’ll face off against a massive dragon that you’re definitely out of your depth facing off against so soon after beginning your journey. So far out of your depth in fact that you lose and the dragon takes your heart. Although this doesn’t ‘kill’ you but leads to the realisation that your character is a being known as an Arisen. A being foretold to take on the dragon and prevent a Ragnarok style apocalypse.

The game as mentioned allows you to begin by selecting one of the core character classes. There is the Fighter, Mage and Strider which acts as this game’s ranger class. Although you’ll be starting things off quite broadly, as you progress through the adventure you’ll continue to enhance your character’s skills as you level up selecting new perks from the skill tree and eventually select an advanced class that provides a whole new level of customisation, abilities and skills to use so you can continue to shape your character constantly throughout your journey.

But it’s not just appearance and class selection that will define your character and your journey. One thing I found really unique with Dragon’s Dogma and am yet to see replicated in anything I’ve played in the years since it’s original release are the ramifications of your character’s physical build. You have the ability to control your character’s height, width etc during the character customisation component and your selections can have various implications on your experience. For instance a smaller character will be able to squeeze into and access smaller hidden areas but a taller character will be able to jump and reach higher places easier than a character of a smaller build. 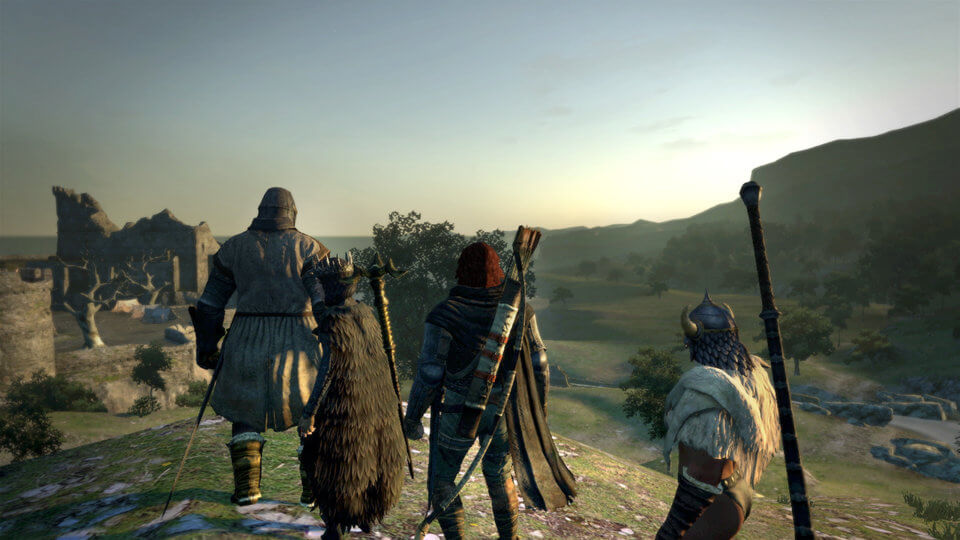 You won’t be taking this journey alone either. Along with your player character you’ll also be able to customise and recruit 3 other ‘pawns’ into your party for a total party of 4. These pawns unlike AI characters in most RPG’s are actually quite helpful, can really assist you in taking down enemies and aid you in battle. Your custom specced pawns can also be shared online with other Dragon’s Dogma players and you can also recruit pawns made by other players with pro’s and con’s coming from doing so.

I did find that Dragon’s Dogma’s human character models as well as some of the environment textures are definitely starting to show their age. It’s not hard to tell at times that this was a game developed in 2012. That said, the dated visuals are somewhat offset by the varied, detailed environments and creature designs used in the game, many of which don’t seem as out of place in a 2019 release. Part of what kept Dragon’s Dogma so interesting where the sheer number of diverse enemy types. One minute you’re scaling up the back of a dragon and the next you could be taking on a large troll, a chimera or dark elf-like character, each of which have their own weaknesses and battle strategies you’ll need to learn along the way. 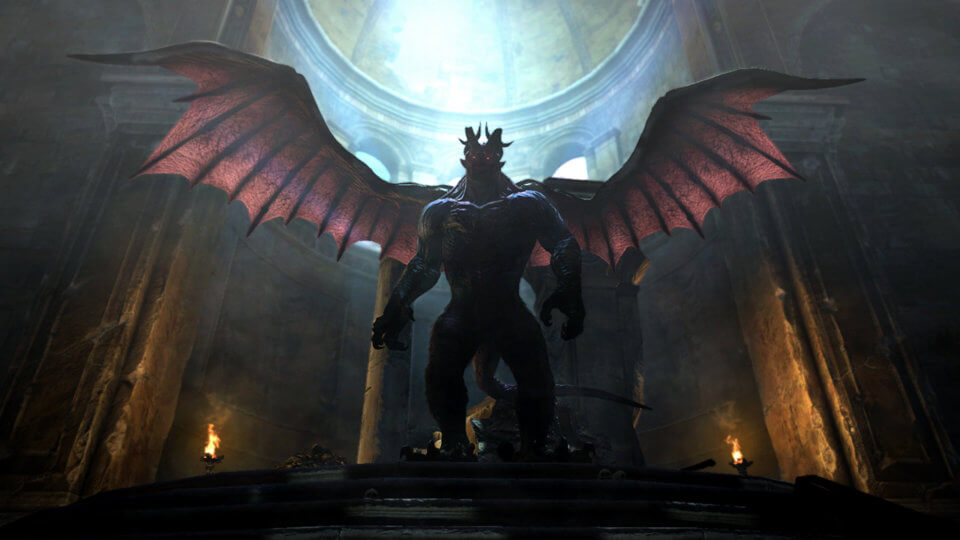 There is a lot to do in the game, not only will the core questline take you around 30 hours, there is also the expansion pack bundled in as well as a plethora of side quests. Although be warned some of these are definitely better crafted than others and some are an absolute chore to get through.

The pacing of the main story is good for the most part but there are a number of times throughout the core narrative where things slow down to the point where I couldn’t wait to advance to the next part of the story. But when I look back on the adventure as a whole I was glad I stuck it out and saw it through to the conclusion. Not because the ending is absolutely spectacular but because I loved seeing my character progress and see the relationship with the various pawns grow. 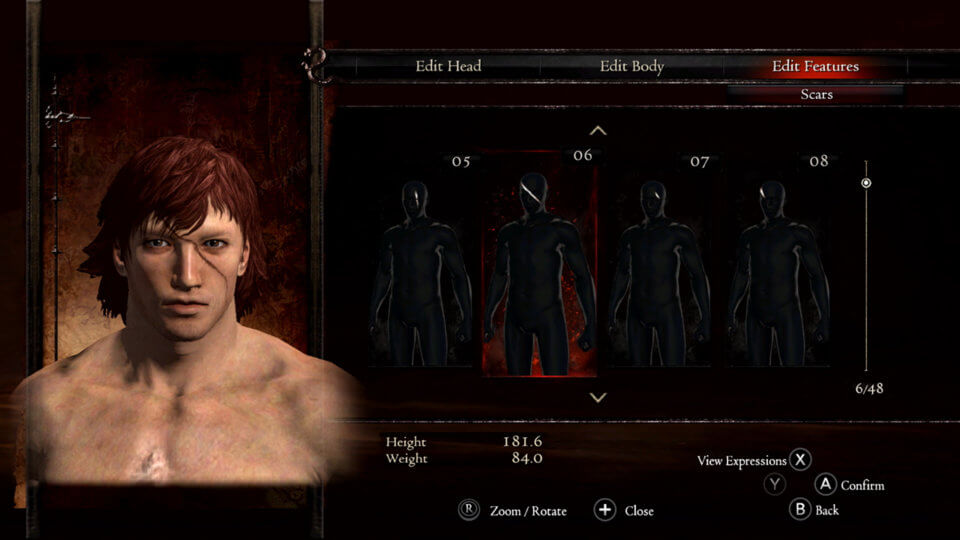 When it comes to this Nintendo Switch port it runs great for the most part. The game you get here is a really faithful Dragon’s Dogma experience with very little visual downgrades implemented to get it running on the system. You will however notice occasional frame rate drops in large scale battles and quite a bit of pop in while playing. With this version seemingly having a smaller draw distance than it’s counterparts on other consoles.

The Switch version runs at 1080p while docked and also performs really well if you prefer to play in handheld mode although you will have to accept the visual cutback to 720p if you do so. 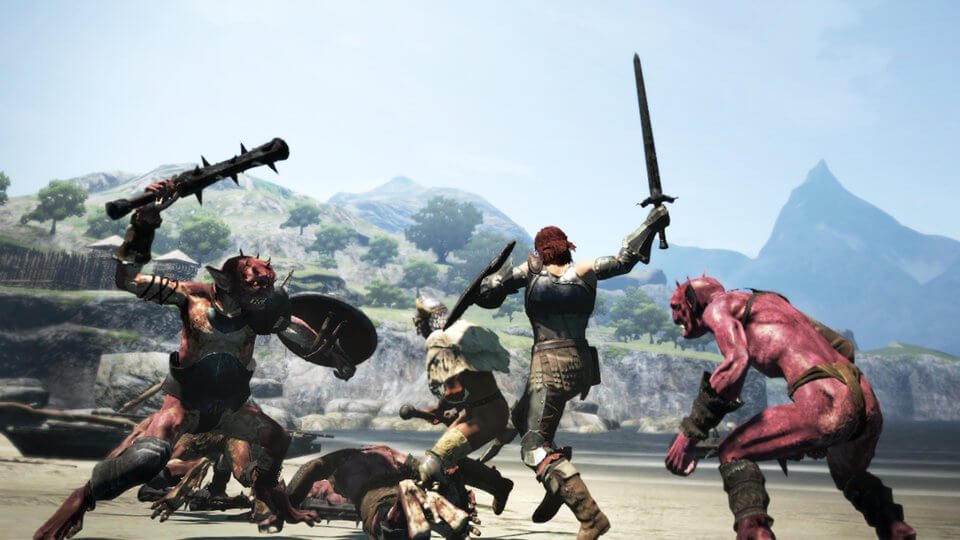 Dragon’s Dogma: Dark Arisen is a really fun action RPG that can now come with you on the go. It does have a few technical issues but Dragon’s Dogma always has never been a perfect game on any platform when it comes to overall performance. For the asking price and amount of value on offer you won’t find a better party based action rpg on the Nintendo Switch. Fans of high fantasy will have a blast with this release.

A Nintendo Switch review code was provided by Capcom Australia for the purpose of this review.