Dragon Ball is one franchise that definitely has no shortage of video game adaptations. And every time a new one is about to release, it’s a series that never ceases to have me excited to jump in and play with the characters from my favourite anime series’ of all time and experience the same story one more time. A story that I could probably recite in full at this point due to my familiarity with the series.

The latest video game entry, Dragon Ball Z: Kakarot lets us spend some more time with these great characters, but doesn’t just give us another combat based fighting game or brawler to do it in. Kakarot, at its core is actually a character driven rpg that brings together open environment exploration and arena fighting do deliver a Dragon Ball gaming experience unlike any other before it. 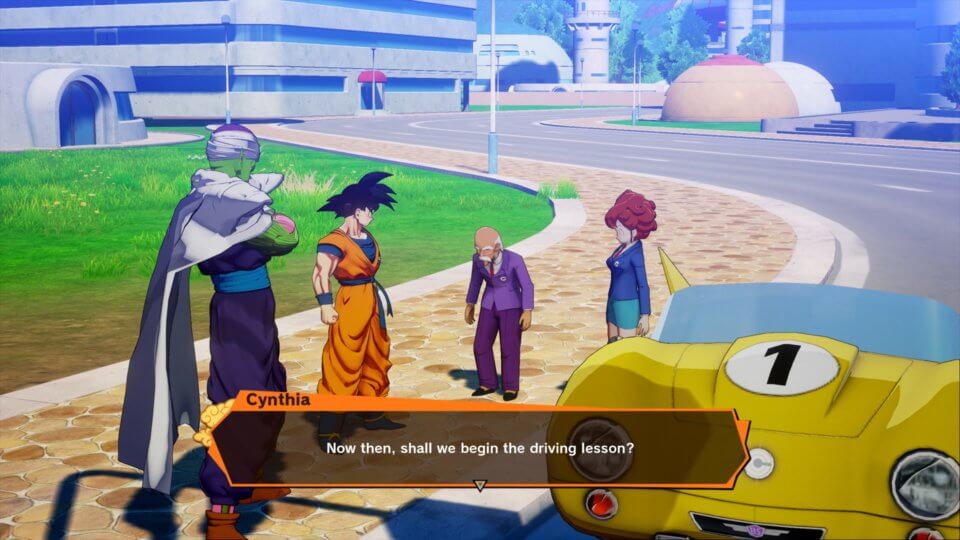 In Dragon Ball Z: Kakarot we get to experience the story of DBZ again but in a way we’ve never been able to before. Where the plot of most of the games just followed the story of Goku or hopped from key fight to key fight from the series, Kakarot actually lets us experience the story of Dragon Ball Z from the perspective of a number of its key characters as well as giving us the ability to play as them within the game’s open area exploration segments. It was a refreshing experience to be able to enjoy a story I know so well from the perspective of someone other than Goku for once. The game even fleshes out the story of the characters we know with some new and original story moments told through some brand new cutscenes.

One of the things I loved most about Kakarot was that it gave me the ability to freely roam around the world of Dragon Ball and navigate through many of the areas we’ve been seeing on screen now for many years. Even though the controls for maneuvering the characters never felt great and flying around required a strange use of the trigger buttons to ascend and descend rather than just giving us free control of the camera, I still had a great time exploring its world and finding many fan-service driven side missions and nostalgic items scattered throughout. 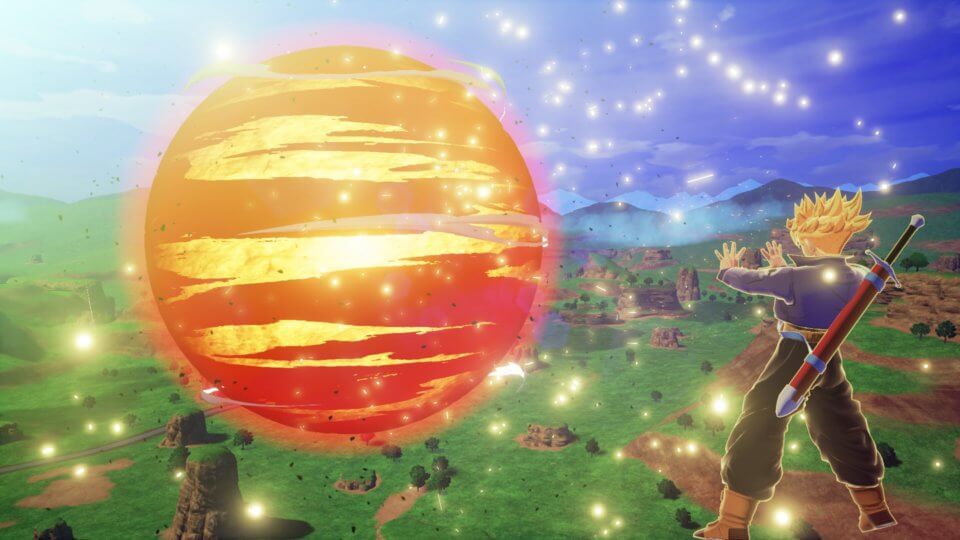 The thing that really surprised me with Kakarot is how long the game actually was. Where the story mode in previous Dragon Ball games just jumped from key fight to fight, Kakarot’s story is padded with plenty of exploration and side missions that extend a full play through of the main story to around 35 hours. These side missions do add some unnecessary padding to the experience and there are segments of the game where they certainly overstay their welcome. It’s a real mixed bag when it comes to these additional quests, some are awesome and filled with deep cut Dragon Ball lore and nostalgic moments that will be appreciated by hardcore fans, but for the most part I found a lot of them to be quite uninspired, extremely repetitive and based around the same handful of mission types which got repetitive fast.

The second thing that shocked me with Kakarot was how much the game implemented RPG mechanics in its gameplay systems. We were told the whole way along that this would be an explorable RPG, but I wasn’t expecting just how much of the game’s systems would utilise items, statistics and player customisation. Collecting various ingredients in the open environments, cooking, and then eating them will provide your characters with a number of useful stat increases that can even permanently tweak their usefulness. Tweaking the character icons in the Community Board screen will provide your team with various buffs, and successfully completing the game’s mini games (along with the main and side missions) will grant you experience that allows your characters’ level to grow and learn new skills which too can be mixed and matched into a custom loadout of attacks that can help shape the way you do battle in the game’s combat focused segments. I really loved how far they pushed these systems and feel that they really delivered on their promise of presenting a true Dragon Ball Z RPG. 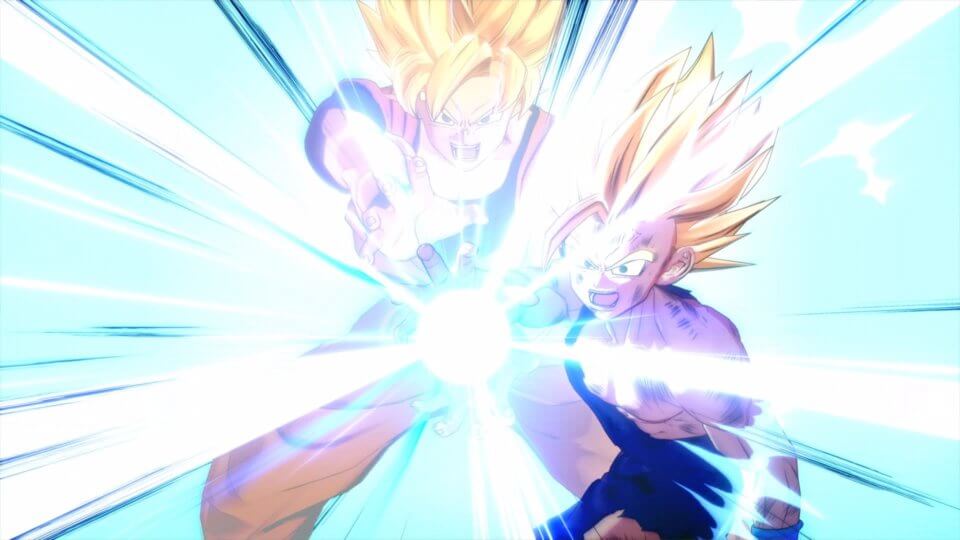 Now it obviously wouldn’t be a Dragon Ball game without some fast paced, energy blast fueled combat. Kakarot’s combat is based on a simple yet strategic arena battle system utilising single button presses for melee combo attacks and ki blasts and a configurable load out of 4 special moves that can be tweaked throughout your adventure to better suit the style in which you like to play. And it wouldn’t truly be a Dragon Ball game without transformations would it? I was glad to see the ability to become Super Saiyan or transform mid-battle return here in Kakarot, giving you the ability to progress through the various forms many characters possess during the heat of battle after some of the more recent Dragon Ball games had the ascended versions of each character being treated as their own separate characters with their own skill list. The combat system really lends itself to whatever level of strategy you decide to employ when facing off against foes and is the definition of simple to grasp but difficult to master. There’s something here to make it approachable and enjoyable to all levels of players.

DBZ: Kakarot is a great way to experience the whole DBZ storyline if you don’t have the time to watch close to 300 episodes of the show, as CyberConnect 2 have done a great job retelling the story of Dragon Ball and faithfully recreating many of the shows key moments to take you on an engaging journey all the way from the arrival of Raditz up to the elimination of Kid Buu. 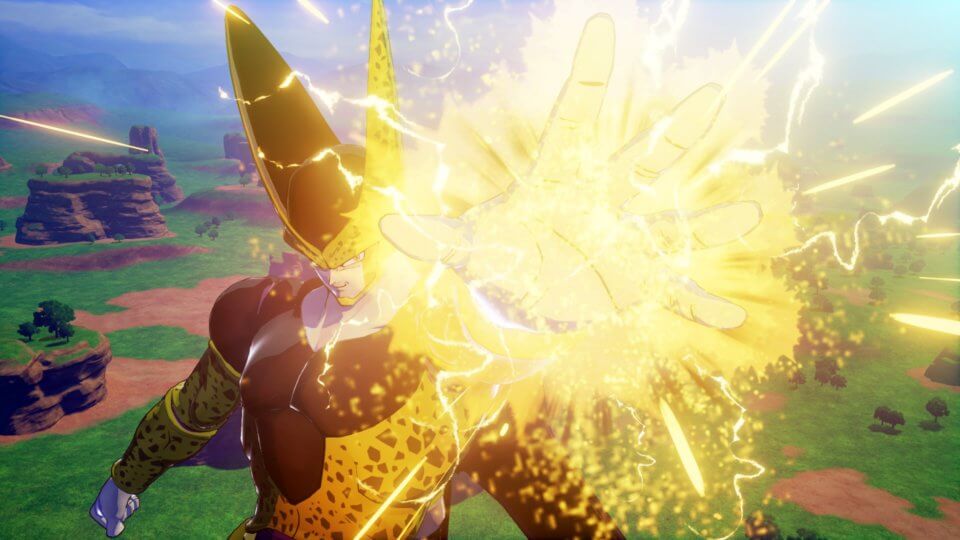 For fans that grew up with the show, you’ll be glad to know that the game features a full English dialogue option with the majority of the original Funimation cast members coming back to voice their respective characters too.

While the game offers an all-round fun experience, it certainly has it’s fair share of flaws. As mentioned previously, the flying certainly takes some getting used to, and during my time with the game, I did encounter quite a few instances of characters falling through the floor, disappearing from cutscenes and speaking out of sync with any visible mouth movements. Load times within the game can often be frequent and lengthy but the developers have addressed this concern and have a planned patch in place coming to resolve some of these issues. 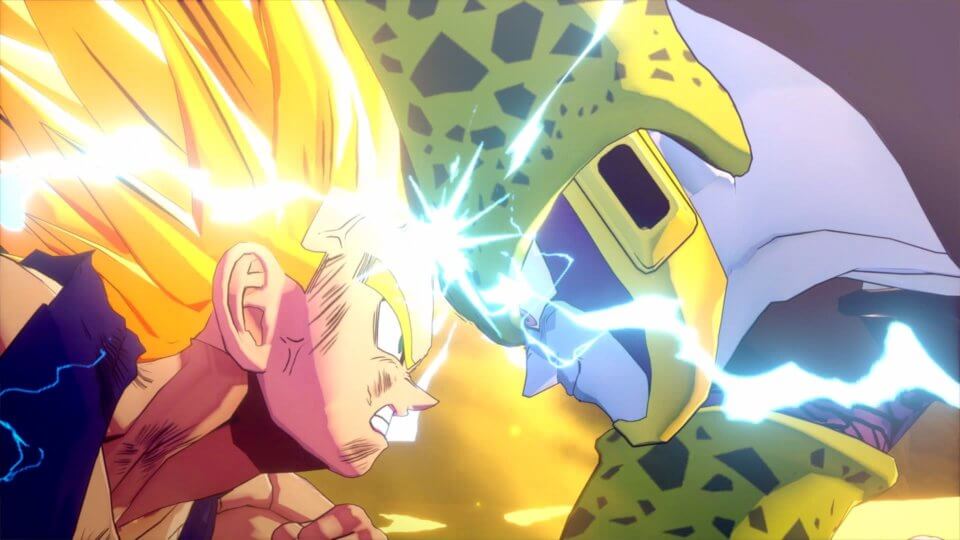 Dragon Ball Z: Kakarot is a fresh way to experience the fantastic and lengthy tale of Dragon Ball Z. Providing you the opportunity to traverse many of the key environments from the show, experience new points of view and has a shared focus when it comes to its lead playable characters. It’s not without some flaws but if you’re looking for a new way to experience the story and the idea of a Dragon Ball game with customisable RPG mechanics has you interested, then there’s a lot for you to like here with Kakarot.