There are few media franchises that I love more than Dragon Ball Z. The series still has a massive following and almost annual game releases despite not being on air here in Australia for 15 years (until the new Super series started) and for good reason, the overall story is incredibly entertaining and addicting to watch.

So what do you get when you mix one of the greatest anime franchises with one of the most loved developers in the fighting game genre? You get Dragon Ball FighterZ, arguably the best looking Dragon Ball game yet a game that is almost impossible to put down. I didn’t think I’d ever see a Dragon Ball game better than DBZ: Tenkaichi 3 on the PS2, I’m so glad I was wrong. 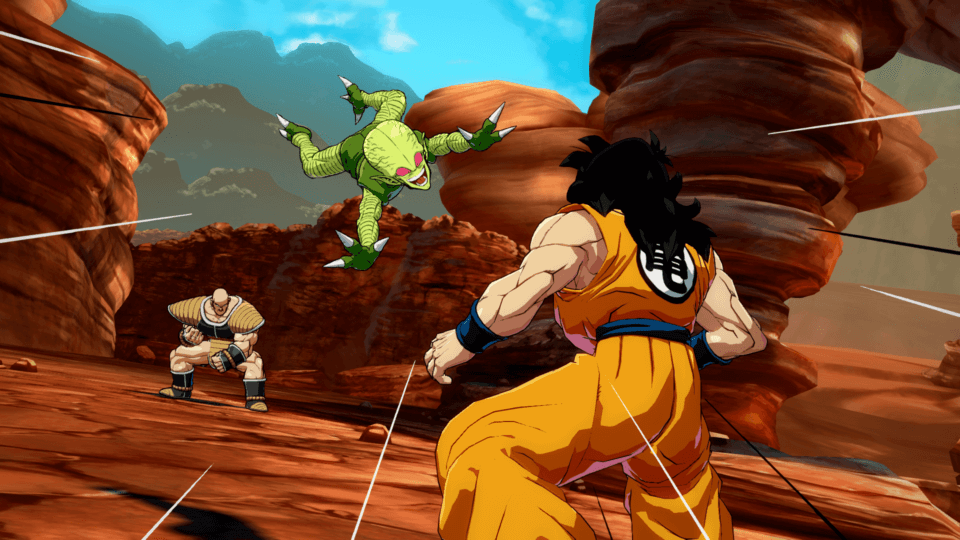 Looking Better Than Ever

Dragon Ball FighterZ is a 2.5D arcade style fighting game developed by Arc System Works, who know what they’re doing when it comes to fighting games, having previously worked on the BlazBlue and Guilty Gear series. Those familiar with the Marvel Vs Capcom fighting series will pick up the core mechanics in play here in no time. Unlike in the previous Xenoverse series in FighterZ your fights here are team based, with you selecting and working with 3 fighters per battle against the enemies 3 fighters.

The biggest change up and likely my favourite feature of FighterZ is the choice to use the 2.5D art style. The in-game character models used are 3D but are rendered side on, only showing their full 3D model during super move cutscenes. This combined with the crisp cell shaded art style has the game looking like you’re playing an episode of the series at times. 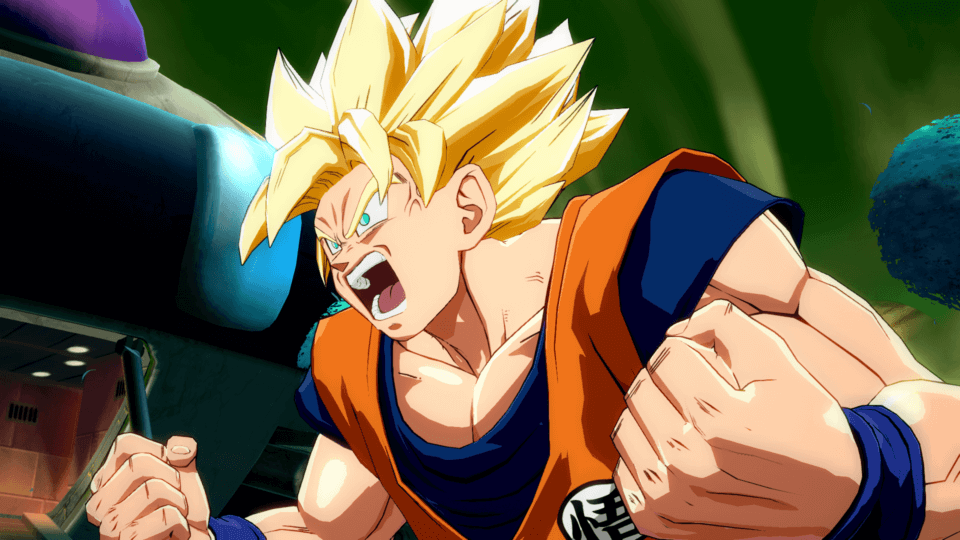 The first thing you should do after first landing in the main lobby, selecting your avatar and finishing the intro quest is jump into the game’s story mode. This brand new original story is told across 3 different paths that become sequentially unlocked as you beat them. The plot is very reminiscent of what you would find in the Dragon Ball series and I could have seen it being a great story arc for the new Super anime had they not decided to tell the story in this game. It’s full of laugh out loud moments, action packed scenes with all of your favourite characters and even a brand new original antagonist, designed by series creator Akira Toriyama for this game, Android 21.

Those that love watching the series will be glad to know that all of the respective voice actors have come back to do the dialogue for their characters in FighterZ. And there’s a lot of it. I was surprised at how much original dialogue there was throughout the events of the three stories. 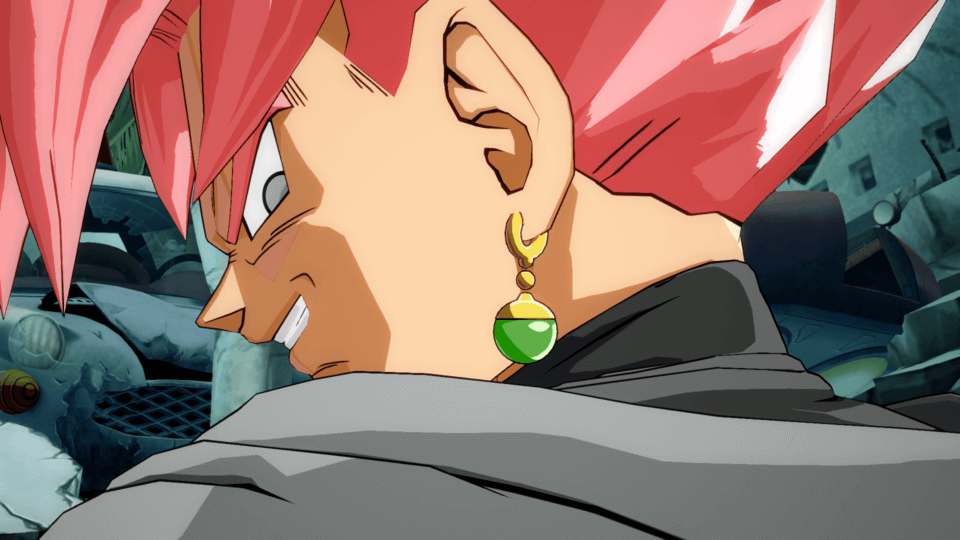 The Clones Keep On Coming

Playing through the first story path will teach you the ropes and progressively drip feed you new techniques as you reach the tutorial stages on the chapter map. Each chapter has you move around a game board style map with the goal of reaching and defeating the boss stage, with many of the in-between stages consisting of a battle with a known DBZ villain or a series of ‘clones’, evil drone-like versions of the main cast.

I found that while it did teach you how to play and had a fun, interesting story, the first story path became highly repetitive by the end and offered minimal challenge. I was able to complete quite a few of the rounds with a ‘perfect’ and felt overpowered almost the whole way through that 7 hour story. Thankfully as you jump into the second and third paths this became no longer a problem as the enemy AI starts to put up more more of a challenge. 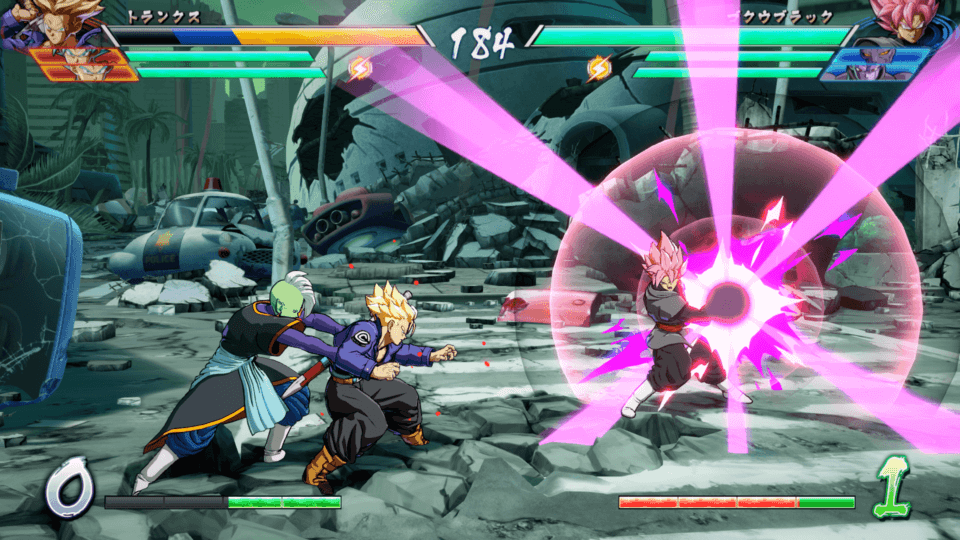 Dragon Ball FighterZ on release contains 24 characters and is confirmed to be getting another 8 in the future in the form of DLC. While that character count is quite a lot lower than some prior DBZ games, the ones featured here are each designed and balanced incredibly well and aren’t just cookie cutter copies of each other that can each do the same type of moves. It’s not just about picking one character and knowing it really well. You need to learn enemy strategies to know what you’re potentially up against, knowing if they are stronger at close up or mid-distanced combat and how to spot the right time to use your 2 assist characters. FighterZ contains more strategy than ever, the battles are intense, can be lost in mere seconds if you mess up and will definitely have you on the edge of your seat at times.

FighterZ is almost the perfect fit for the saying ‘easy to learn, but difficult to master’. You will be able to pick up the core concepts within minutes and if you can perform a fireball attack in Street Fighter you have the skills to perform every type of attack FighterZ has to offer. The thing you’ll learn as you get better are how to perform better combo’s, strengths and weaknesses of the different fighters and what 3 person team is the best for your play style. This amount of variety has me excited for the community this game is already building and seeing it’s future as a competitive esports title.

Won’t Be Putting It Down For A While

Dragon Ball FighterZ offers various modes that will keep you playing for a long time to come. There is the lengthy original story mode, where you can practice your skills while gaining Zeni and experience the story. An Arcade mode that scales up or down depending on how good your previous round was and has some great characters that are unlockable at the end if you’re good enough. A practice mode and the mode that will add massive longevity to this title the online battle and tournament battle modes. No matter what your preference is for fighting games, there’s something here for you in FighterZ.

Just about every mode rewards you with Zeni, the in game currency you can use to buy the game’s loot. Now before you potentially disregard this game because of your stance on lootboxes, Dragon Ball FighterZ handles this incredibly well. Currently the only way to obtain the game’s loot is to spend your Zeni, which you are generously awarded with as you complete battles and story mode chapters. And best of all if you happen to receive an item you already own from the loot capsule, the game will give you a Z coin instead which when you have enough can be redeemed for an item you don’t possess. 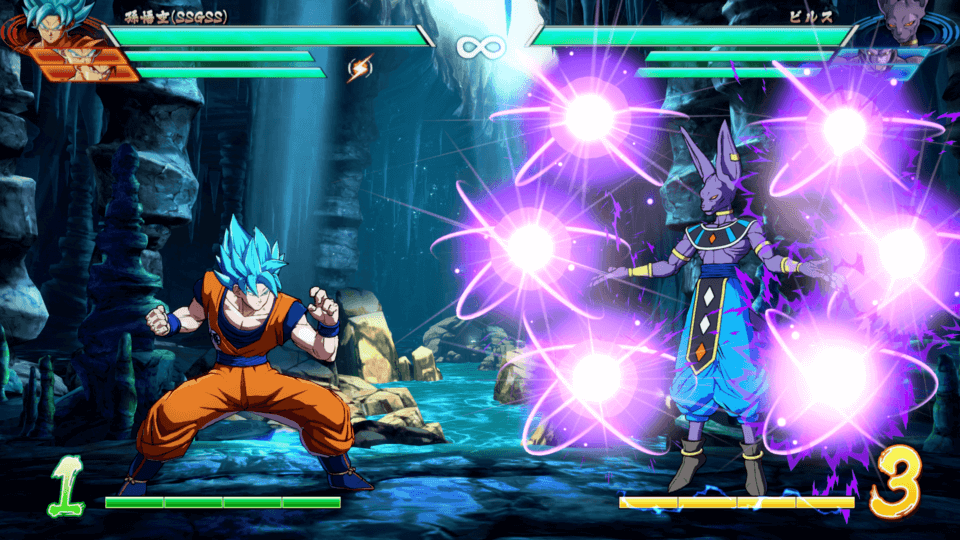 My time playing Dragon Ball FighterZ is some of the best time I’ve spent playing a fighting game in years. While the story mode progression is repetitive and a bit too easy at times, the original story and the various gameplay modes on offer will have me coming back and enjoying this game for quite some time. Looking forward to seeing who else gets added into the roster in the future DLC.