In recent years Bluepoint Games have become widely known as the masters of game remasters and remakes within the industry. After their fantastic ground up remake of Shadow Of The Colossus in 2018 the team have further honed what they’re best at to deliver a brand new, next generation remake of FromSoftware’s genre defining action RPG, Demon’s Souls. And whether this is your first time adventuring through Boletaria or if you’re a Demon’s Souls veteran, there’s definitely plenty here for you to love and certainly plenty of challenges to overcome. 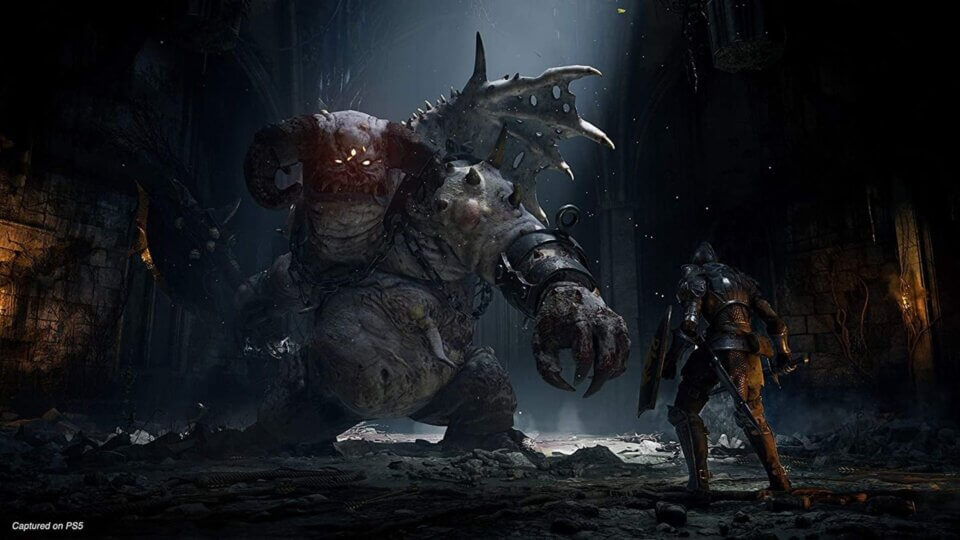 And Bluepoint haven’t just delivered a 1:1 remake of the environments and mechanics of the original game. They have added in numerous quality of life improvements, with some noticeable enhancements to player movement and the overall visuals to deliver a game that both looks and feels like a showcase of next-gen gaming in 2020.

Upon jumping in, you’ll first be tasked with creating your own custom character using the game’s detailed character creating tools before being given the ability to select your player’s class. While you can technically play through and beat the game using any of the available classes, your initial choice will vary your character’s starting attributes, equipment and soul level. I highly recommend reading through the main differences between each when scrolling through the choices to find something that is going to suit your playstyle and how you would like to approach combat in the game. A Knight for example is quite a balanced starting approach, equipped with both a longsword and a shield, the Wizard can attack with spells from a distance but comes with its own challenges when faced with up-close combat and the Thief is quite dexterous and can attack from afar with a bow from the start. Select something you think will suit your approach, and if you’re really not sure, there’s nothing stopping you from trying out a class for a while and restarting the game over to try out another until you find something that gels with you. 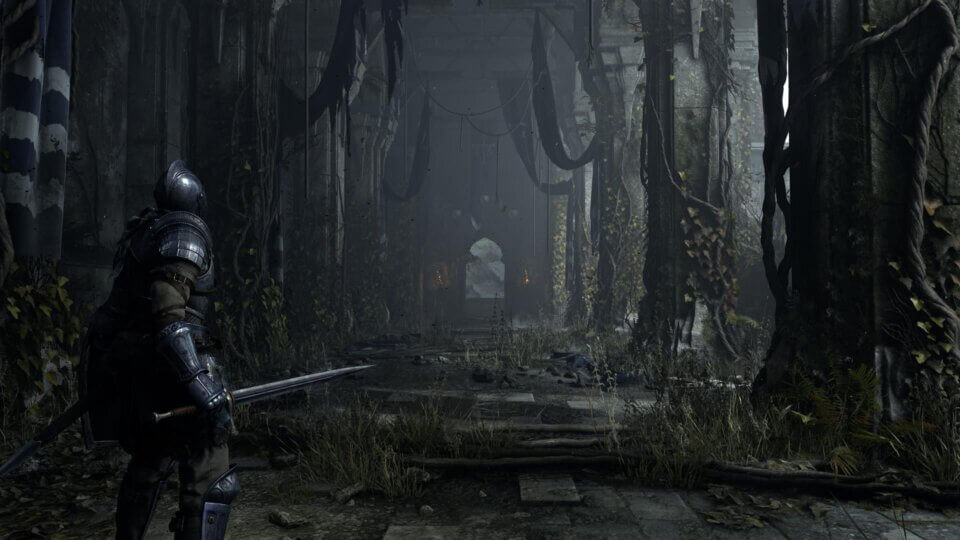 As with most FromSoftware games, Demon’s Souls is very difficult, but also fair. Going into a battle scenario furiously swinging your weapon of choice and hoping to come out successful will rarely result in your chosen outcome. Battles in Demon’s Souls are tests of your patience and skill and require a methodical approach to succeed and get out alive. Knowing when to attack, when it’s time to go on the defensive and mastering enemy attack patterns is all part of the game. It will take a lot of trial and error, with many many deaths along the way, but there’s nothing more satisfying than vanquishing a foe that has bested you numerous times previously, letting you venture forth into a new unknown, just to face another scenario even more difficult than the one you just overcame. 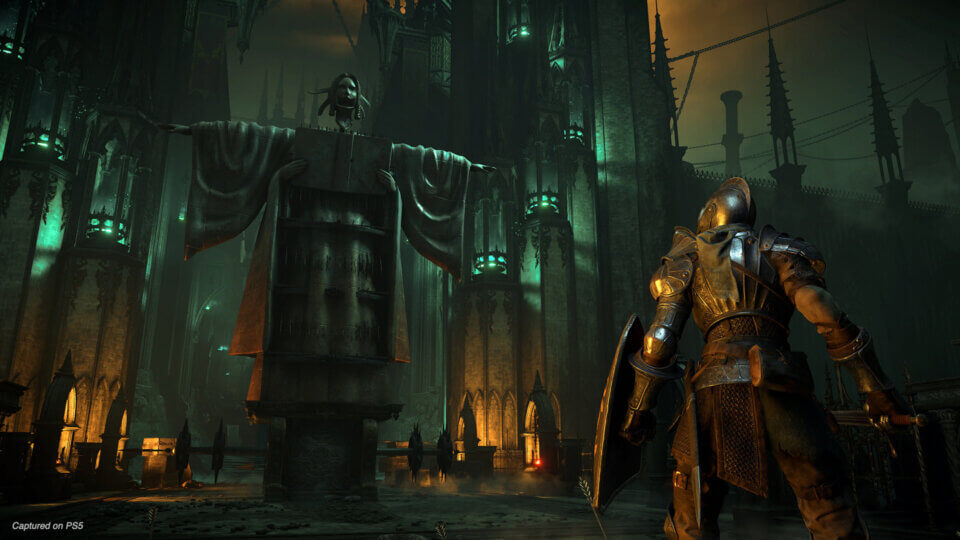 Demon’s Souls was the building block for the now massively popular Dark Souls series. But if like myself you hadn’t actually played the original Demon’s Souls there are a few key points of difference when comparing it to the Dark Souls formula.
First off there is no single, large world to explore that cleverly weaves around on itself and leads you to different areas and unlocks new shortcuts as you continue to progress. Demon’s Souls instead has 5 different worlds that can be accessed via a single hub point that each come with their own themes, enemies to defeat and extremely difficult bosses. You’re mostly left to your own devices when it comes to the order in which you want to try and tackle the stages within the worlds, allowing you to jump into different stages when one may become overly difficult, or if a change of scenery is needed. Demon’s Souls doesn’t hold your hand, there are guides out there that will recommend preferred paths to take or playing order for the stages but a lot of the fun came from trying to discover my mistakes on my own and knowing that if I felt I wasn’t ready for a certain challenge, there were still options to jump into another world and try to progress further there than just hitting a linear brick wall.

It’s great that one of the PS5’s selling points is super fast losing times, because you’ll be dying a lot. Thankfully the time between a death and reattempt in the Dark Soul’s remake is around 4 seconds, significantly less time than what I hear it was on the original PS3 version of the game from 2009 which would often pull you out of the immersive experience of the game upon each death thanks to lengthy loading screens. 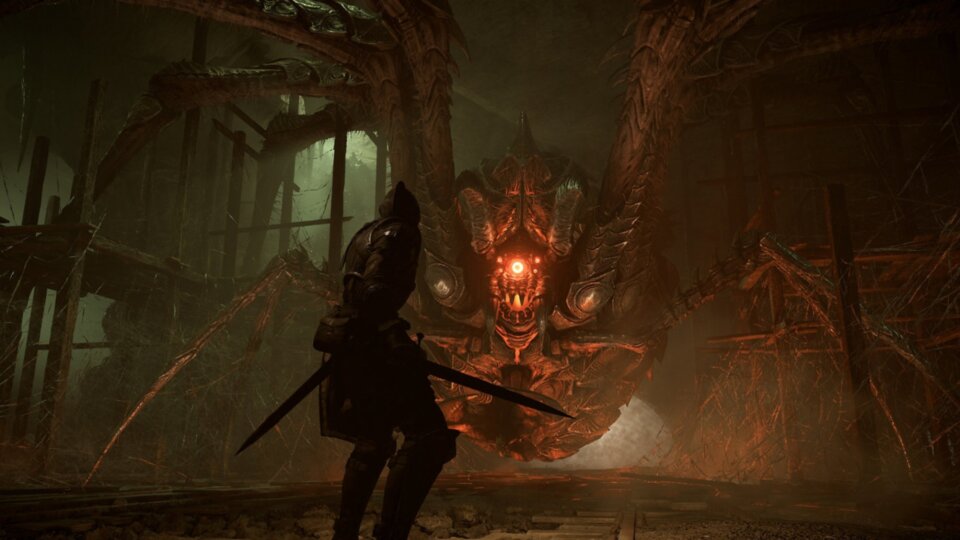 Demon’s Souls is visually gorgeous and a true showcase for the capabilities of a next gen console. There’s so much detail in everything, from the texture of the player armour to the stones in the environment and the vibrant lighting and particle effects that stem from flame torches and dragon fire is absolutely gorgeous. The game also provides you the option to tailor your experience to favour either visual fidelity or performance, allowing you to select from the visually stunning 30fps 4k Cinematic Mode or the fluidly smooth 60fps Performance Mode. Whatever your preference, Demon’s Souls is a great experience.

Demon’s Souls isn’t just a visual showcase for the capabilities of the PS5, it also highlights some of the great new features of the DualSense controller. Primarily the haptic feedback capabilities. Blocking enemy blows delivers a satisfying and deep vibrating thud, rolling and colliding with solid surfaces, trudging through swampy mud and roars from large demon enemies all result in very different and immersive vibrations from the controller. The adaptive triggers are used quite sparingly, to the point where I wondered at times if they were being used at all, so I would have loved some more deliberate use of those, especially when firing bows. But overall the controller certainly enhances the general immersiveness of the game. 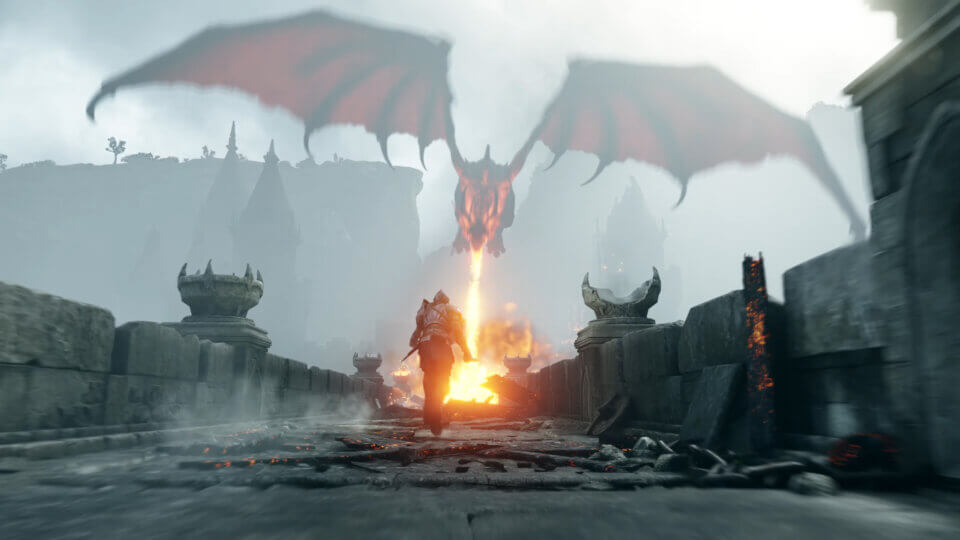 Bluepoint have further cemented themselves as the master of video game remakes with how well they’ve handled this ground up remake of Demon’s Souls. FromSoftware games are certainly not games everyone will enjoy, as they certainly come with immense challenge. But for those that enjoy great world building, incredible creature design and strategically analysing enemy attack patterns during combat, you’re going to have a blast. Bluepoint have done more than just remake an existing game, they’ve brought a classic game into the modern era and at the same time created a title that showcases the capabilities of ‘next-gen’.