You wake to find yourself in an unfamiliar room in a hotel, bedside phone ringing, unaware of who you are or how you got in this room. If that wasn’t bad enough, a news report airing on a nearby TV shows the police are looking for a serial killer. A killer that looks just like you, or is it you? Finding answers for these questions unveils the mysterious plot of Danganronpa creator, Kazutaka Kodaka’s latest tale. 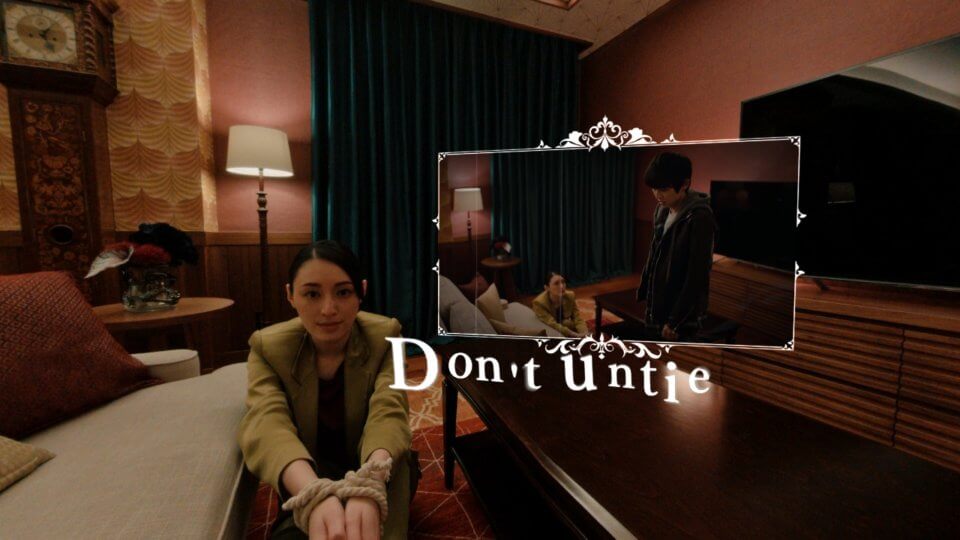 Death Come True is a full motion video (FMV) game consisting of live action footage with integrated gameplay elements that allow you to select the choices made by the main character to lead the story in one of many directions. You take the role of protagonist Makoto Karaki as he wakes in an unfamiliar hotel and with no memories and tasked with trying to uncover if you really are the killer the news reports state you may be, why there is an unconscious woman in your bathtub and can you escape this hotel alive?

If that premise wasn’t already set up with enough possible twists and turns, you quickly learn that Makoto has the ability to revive and re-live the day over upon death. Not only does the plot of the story reset, but Makoto’s memories of the previous ‘loop’ remain persistent, allowing him, and you the player to work out what choices lead to less than desirable outcomes and grants you the ability to make other choices on subsequent loops to change the outcome of that scenario to progress further and further through this thrilling tale. 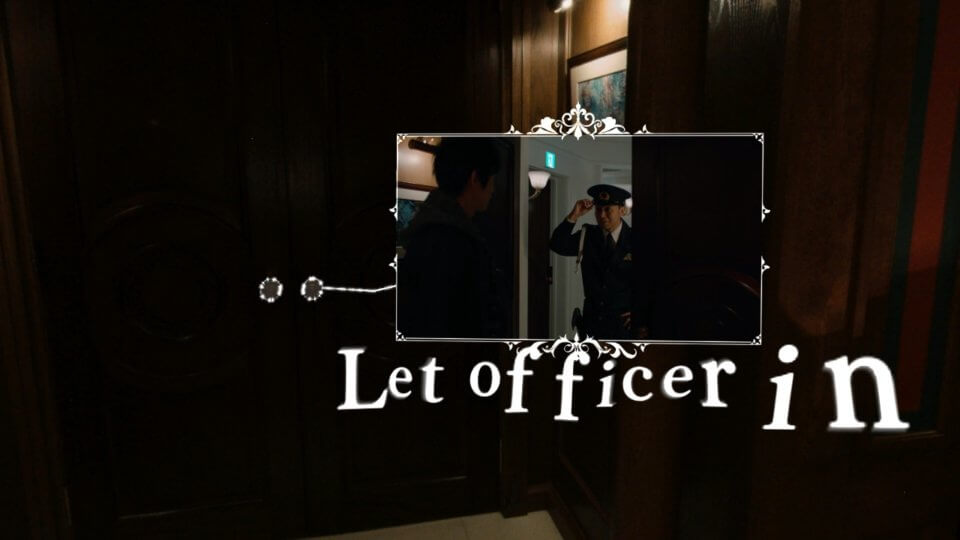 After coming off a few other really long video games recently, it was really refreshing to jump into a game that tells a well paced and engaging story that can be completed in around 2 hours. The game itself is around the length of your average movie and also costs about as much as well. So if you’re looking for a couple of hours of entertainment of a night and are looking for something fresh and interesting to enjoy, I definitely recommend giving Death Come True a go.

Unlike Kodaka’s Danganronpa series, Death Come True contains a very limited cast, with the game only featuring around 6 characters of note. But all of the main cast bring their A game and give great performances, and when combined with the cinematic camera work, it really feels like you’re living in a movie while you play, with certain scenes dipping in and out of first person.

Every time Makoto’s decisions lead to one of the game’s many available death outcomes, you’ll unlock a Death Medal. These are a visual representation of the deaths you’ve experienced within the game and also unlock various bonus features in the game’s DeathTube area accessible from the main menu. 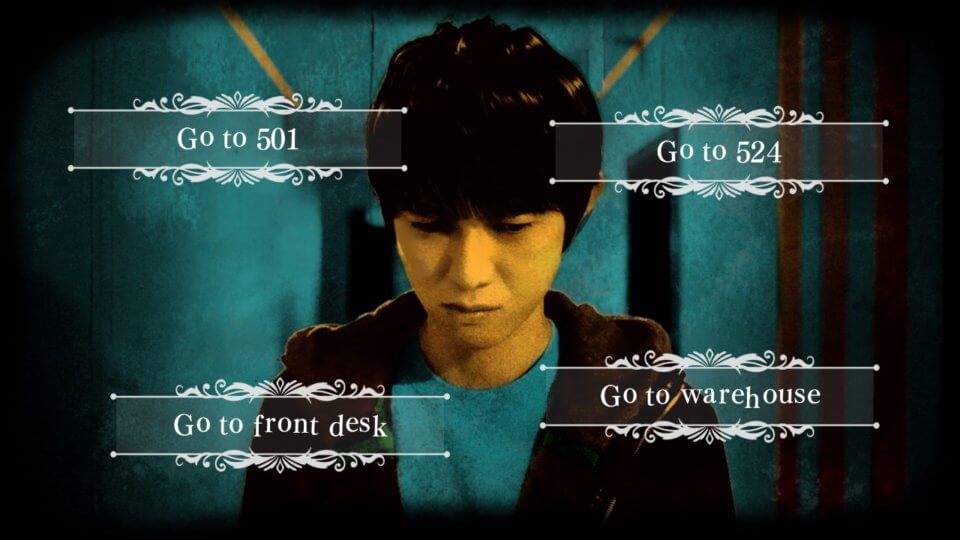 DeathTube is essentially a bonus feature area where you can view behind the scenes extras like addition news reports and ‘making of’ scenes showing the filming of the game and the actors on set. I always love when games provide additional extras you can view once completing the game that reveal behind the scenes commentary, filming concept art etc, but the issue here is although the game itself is fully subtitled in English, none of these bonus scenes have been given the same treatment. So while they are entertaining to watch, I have no understanding of the commentary occurring as they are presented in Japanese only with no additional subtitles for these extras. Similarly, there are times during the game where key on-screen Japanese text isn’t translated or subtitled, making me feel like I missed important context at times when it comes to on-screen text messages or paperwork.

Note: Since the time this review was written, subtitles have now been added for DeathTube content and the content of Makoto’s in-game phone screen via a post release update.

I played the Nintendo Switch version of Death Comes True for review and it plays, and performs great whether playing docked or in handheld mode. I spent majority of the experience, and my whole second playthrough in handheld mode and it turned out to be my preferred way to enjoy it as the game also has full touch support allowing you to navigate the menus and make the in-game choices by pressing on the Switch’s touch screen. 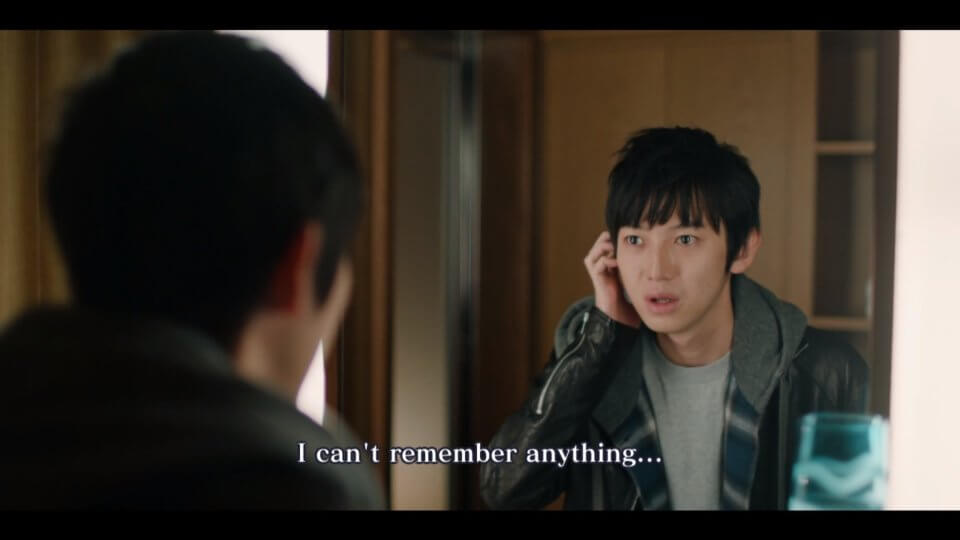 I also loved that you can rewind and fast forward the movie in 10 second intervals using the shoulder buttons on the Joy Cons, allowing you to easily rewind the story back in dialogue heavy scenes if you miss something or weren’t able to keep up with the on-screen subtitles for any reason. It’s a great quality of life feature that ensures you don’t miss anything in this fast paced, twist filled story.

Even though you’ll be able to roll credits in Death Comes True in just a couple of hours, it certainly warrants additional playthroughs to see where different choices can lead throughout the story and to see the additional ending to the game you wouldn’t have seen on your first playthrough.

I found Death Comes True to be a much more grounded and easier to grasp story compared to Kodaka’s Danganronpa franchise. It certainly still has some supernatural elements, and even some clear references to his previous work (if the main character’s name wasn’t hint enough) but I was surprised the game didn’t lean more into the weird and quirky nature of his previous games. Even if you haven’t delved into the world of foreign films, the toned down, grounded nature of the story will allow a much wider audience the chance to understand and enjoy the story on offer here. 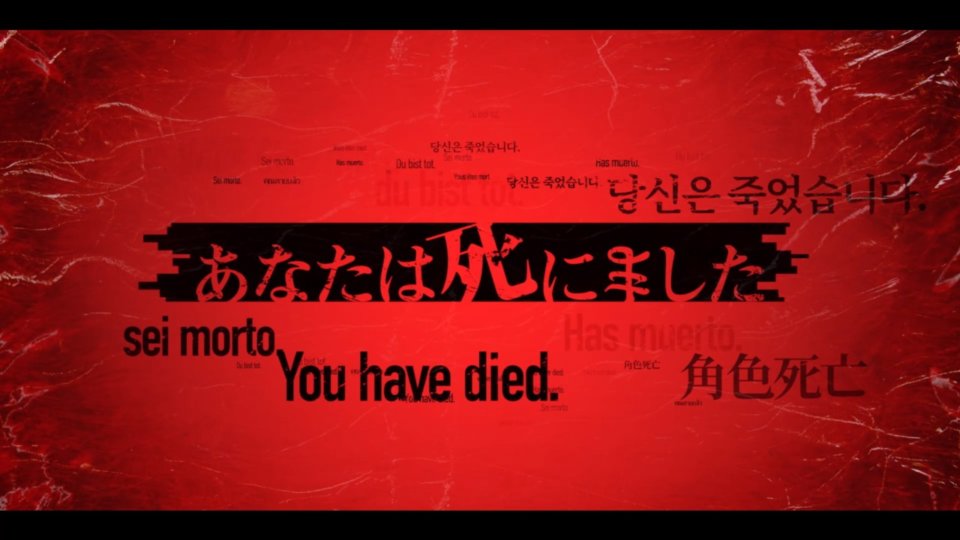 I’ve loved the resurgence of FMV games in recent years. It’s really refreshing to play a quality game with engaging story that can be enjoyed and completed in just a few hours. If you like ‘choose your own adventure’ style stories and tales full of twists and turns, I highly recommend you check out Death Come True. For the price of going to the movies, you can enjoy Kazutaka Kodaka’s over and over from your own home. Death Comes True certainly has me excited to see what will come next from TooKyo Games, as we know they have a number of projects in the works.