If you love getting to the bottom of a good murder mystery, anime or visual novel games, then Danganronpa v3 may be exactly what you’re looking for.

Danganronpa has been gaining more and more popularity, especially out here in the west since it’s first game released in Japan in 2010. The core plot in all Danganronpa games revolves around a group of teens that are all trapped together in a single location and forced to kill one another. As a student is killed, it’s up to the surviving students to come together, gather evidence and then conduct a class trial to narrow down and deduct which one of them was the latest killer. 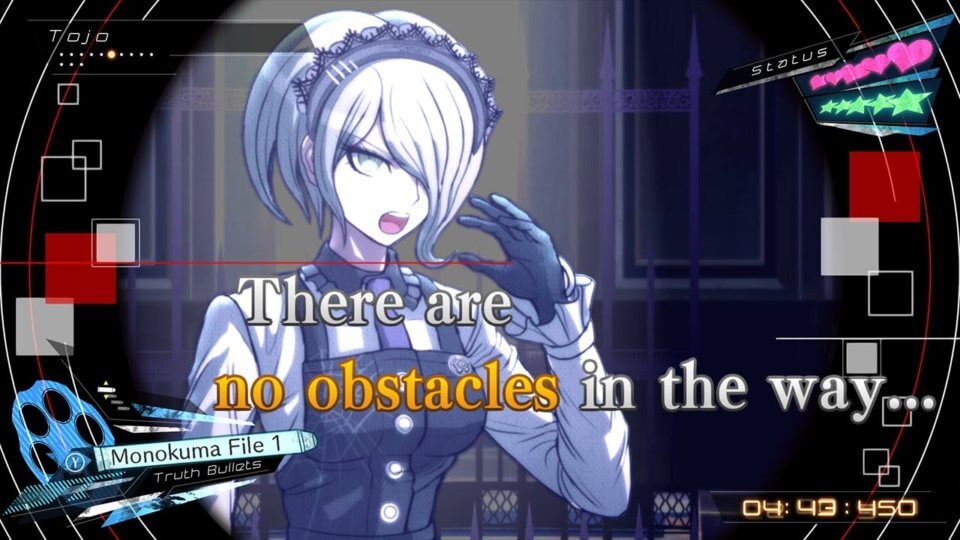 Why would they kill each other in the first place you might ask? Well they are forced into these ‘killing games’ by a sadistic mechanical bear known as Monokuma. The only way to be set free from their prison is to kill another one of the chosen captives and get away with it at the class trial. If anyone can murder and get away with it, they’re released. Which is why it is crucial for the class trial to deduct the correct killer, if they choose wrong, all remaining captives are killed. Thus forcing everyone into a ‘killing game’ to become free’d.

Danganronpa V3 follows this exact same formula set in place by the previous games. It doesn’t really expand on any of the existing systems except for adding in new mini games and mechanics used during the class trials. I suppose Spike Chunsoft went into development of V3 with a ‘If it’s not broken don’t fix it attitude’ which is perfectly fine here. The existing groundwork is solid, I just felt myself wanting something new from the series. 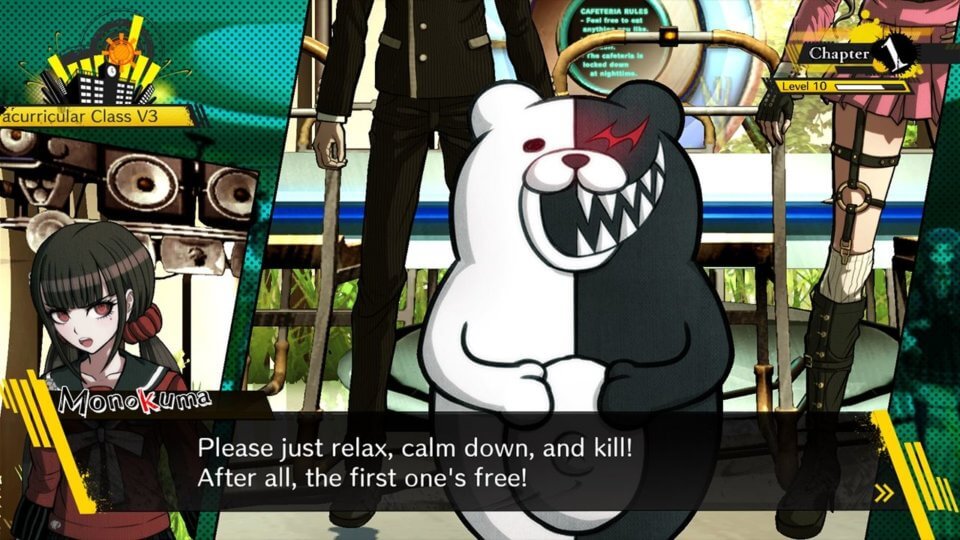 Back To What It Knows Best

You wake up inside of a decrepit old school and come to realise fairly quickly that you and 15 others are competing in the next killing game for Monokuma and his 5 new Monokubs that make their series debut in V3. The game plays out as a visual novel, but does have sections in between the communications and trials that are 1st person exploration pieces. I found these first person sections to feel overly stiff movement wise, the camera is often wonky making me have to slow down and precisely move the cursor towards an item I wanted to investigate as it would often auto spring back towards the centre of the screen. Being able to view the world close up in first person makes some of the environments look very dated (from a technical perspective) as many of the textures used seem to be low in resolution and stand out more because of how crisp and defined the art style of the other characters and interactive items in the rooms are. This probably wouldn’t be as big of an issue in the PS Vita version but blown up on my tv running on PS4, it was quite noticeable. 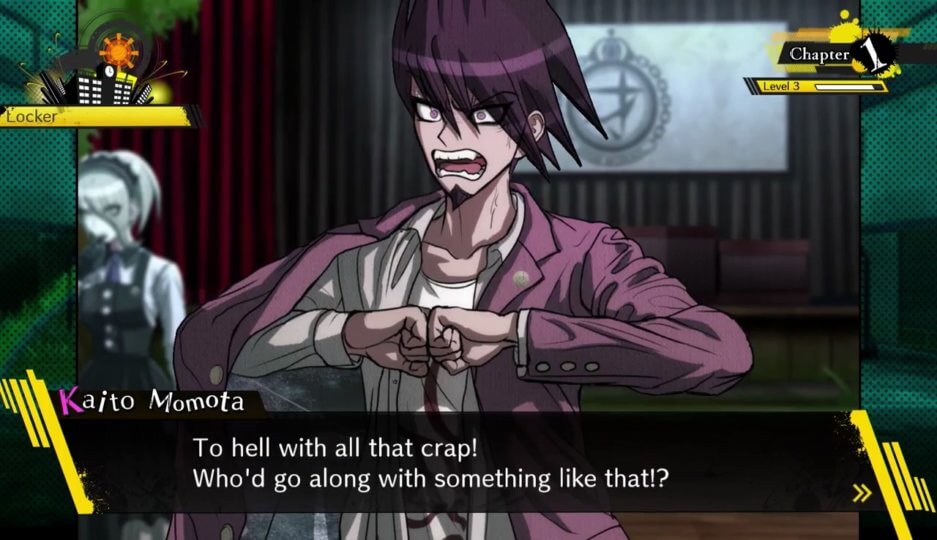 The main strength in Danganronpa V3, as with most visual novel games are it’s cast of characters and it’s gripping narrative. There were times where I just wanted to play a little longer, complete a trial to find out who the latest killer was and saw 4-5 hours had passed. The 16 characters in the game are all varied and all interesting in their own way. Yes there are some that are written better than others, that’s to be expected when you’re dealing with a large cast of core characters. There are some that also seem downright annoying and one dimensional, such as a character that clearly hates men, and will remind you of the fact every second sentence. Although these characters that I initially found to be one note and boring get developed throughout the course of the story and by the end you get to feel like you know and understand many of the cast, their motivations and backstories.

It’s also been localised and written superbly, there are characters that had lines that had me laughing out loud on multiple occasions and often the scenes with Monokuma involve him parodying another game or anime series such as Dragon Ball Z, Death Note and even Food Wars. This was a nice touch and shows that while the Danganronpa series revolves around some fairly serious subject matter, it doesn’t take itself too seriously. The tutorial sections that pop up every time a new mechanic is being introduced even break the fourth wall and speak directly to the player while poking fun at itself for having so many mechanics to master.

The core gameplay sections in V3 follow a fairly repetitive pattern. You have your ‘Free Time’ days where you get to spend time getting to know the other captives better, spending time developing your relationships with them or you can even do one of the few side tasks, such as going to the casino to earn coins to use to buy gifts for your friends. You have your ‘Investigation time’, which is the time after a murder has occurred, where you investigate the surrounding area to come up with evidence that you take into the third section, the ‘Class Trial’ where you pull together all your evidence, and via the course of some mini games name your culprit. The repetitive nature of the gameplay made some of the middle sections of the game feel padded out or filler time that you had to get through to get to the next big murder that progressed the story in a more substantial way. Saying that, even the more boring investigations and trials still had some outstanding moments. And the feeling when you realise the person you spent so much time with developing a friendship was the latest killer and that time was all wasted gets pretty depressing at times. 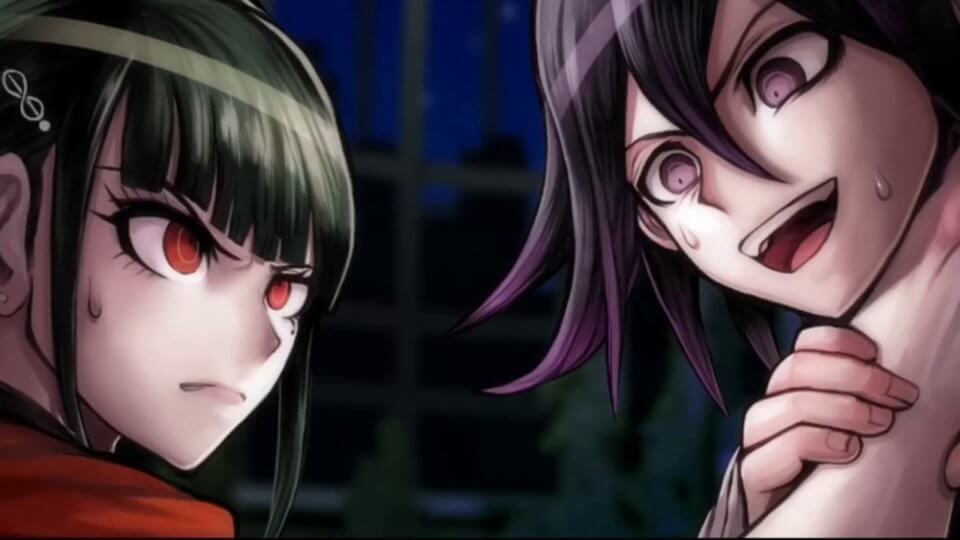 Overall I had a blast playing through Danganronpa V3. It’s full of hilarious moments, brilliant characters and even better writing. It is slightly let down in it’s first person moments and the structure of the narrative can feel a little repetitive at times. But if you’re feeling like playing through a great quirky murder mystery story than I’d say you should probably give Danganronpa V3: Killing Harmony a go.