Remedy Entertainment are back with another mind bending, supernatural adventure that cleverly blends together high fidelity visuals and live action components. It takes the story-telling techniques, technology and lessons learned so far, refined and combined them to create their latest offering, Control. 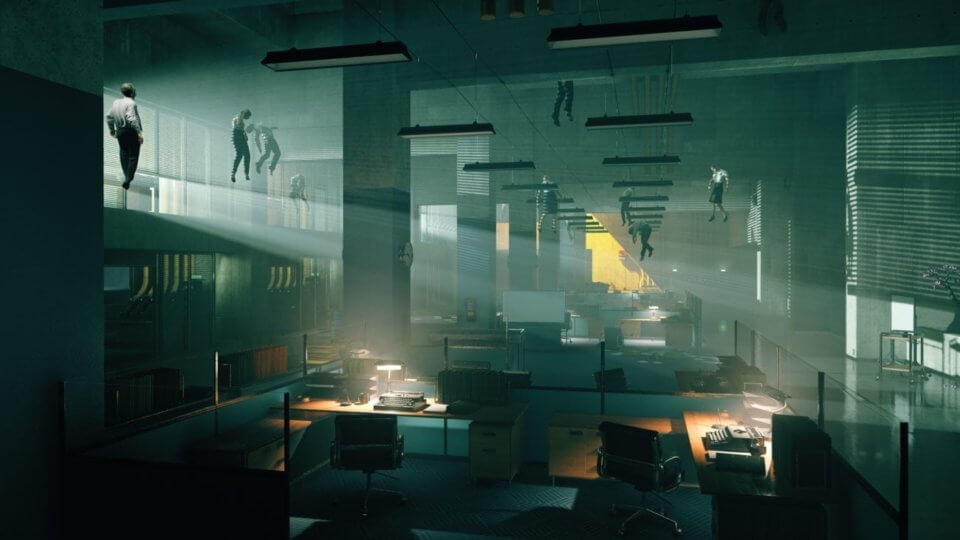 In Control you play as Jesse Faden as she infiltrates the Federal Bureau of Control (FBC), a secret government agency in charge of studying and containing supernatural phenomena. Without spoiling too much of the plot, there’s a reason Jesse has been looking for the FBC, she’s looking for answers to explain events from her past and is clearly determined to get them. After some early events lead to Jesse becoming the new Director of the FBC, things take a dark and thriller-like turn as she finds herself the owner of the Service Weapon and tasked with getting to the bottom of a deeper government conspiracy.

The Federal Bureau of Control headquarters is referred to in-game as The Oldest House and is the primary area where the game takes place. It’s a supernatural building that is able to twist and turn to change it’s shape and layout, not unlike the Hogwarts Castle. It’s also been invaded by a paranormal essence known as The Hiss, a force which has begun infecting officers within the building and has birthed a number of monsters you’ll have to take on throughout the course of your adventure 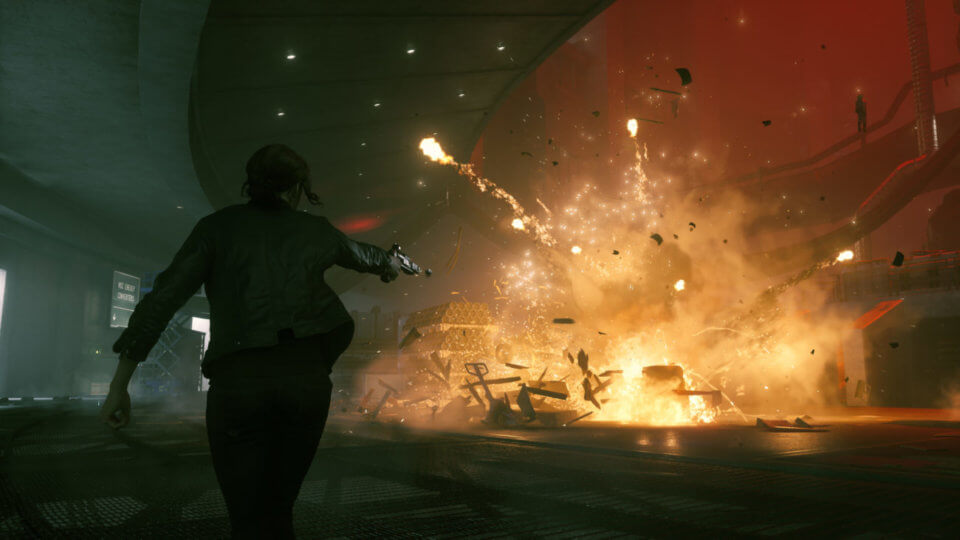 It’s clear something really weird is going on inside the Bureau. During every conversation I had with any of the other officers I felt like they were keeping information from me and gave me the feeling I shouldn’t really trust them. Which only made me want to keep playing more to see if this conspiracy I was sensing came to fruition.

Control possesses a story that will no doubt be called ‘weird’ by a number of players. It begins with a very cold opening that leaves you very much in the dark for the first few hours of play. You don’t know much about who you are, why you’re invading this government building, why you have telekinetic abilities, why the walls move, you get the point. You don’t know a whole lot, but slowly throughout the course of the game you will begin to piece things together, either through the story or by reading the information found on one of the game’s many collectibles and when things begin to get clearer, the story and the world of Control are taken to another level. 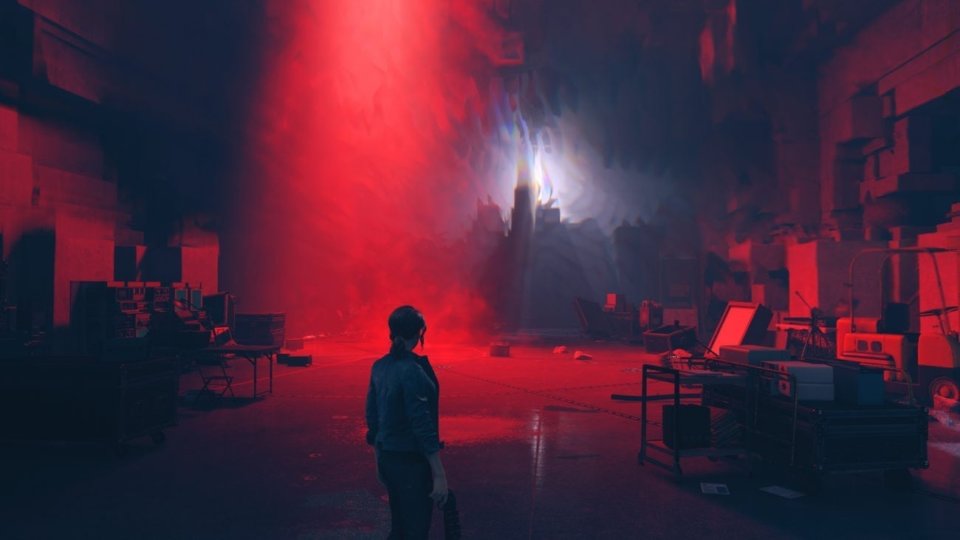 A key highlight of Control is it’s combat system. Jesse is able to interchangeably use her Service Weapon and her telekinetic abilities to take down oncoming foes. The Service Weapon can be seen as an organic, shape-shifting gun that acts like a multi-tool. It has a number of forms and can be used as a semi-automatic pistol, unleash shotgun blasts, launched charged blasts among other forms. The gun doesn’t require ammunition so you never have to waste time scavenging around the Bureau looking for it. Instead you just need to manage it’s use or you’ll run into a cool-down period where you can’t fire the gun.

Switching between it’s forms often is necessary to effectively take down Control’s varied enemy types as each for has it’s own strengths and weaknesses you’ll come to learn. Getting too close to some of the enemies or not engaging a boss with the right strategy will quickly resolve in death, and with some trial and error involved at times to work out the best approach, it can be a little frustrating when you’re hit with a loading screen and taken all the way back to the last checkpoint before you can try again. 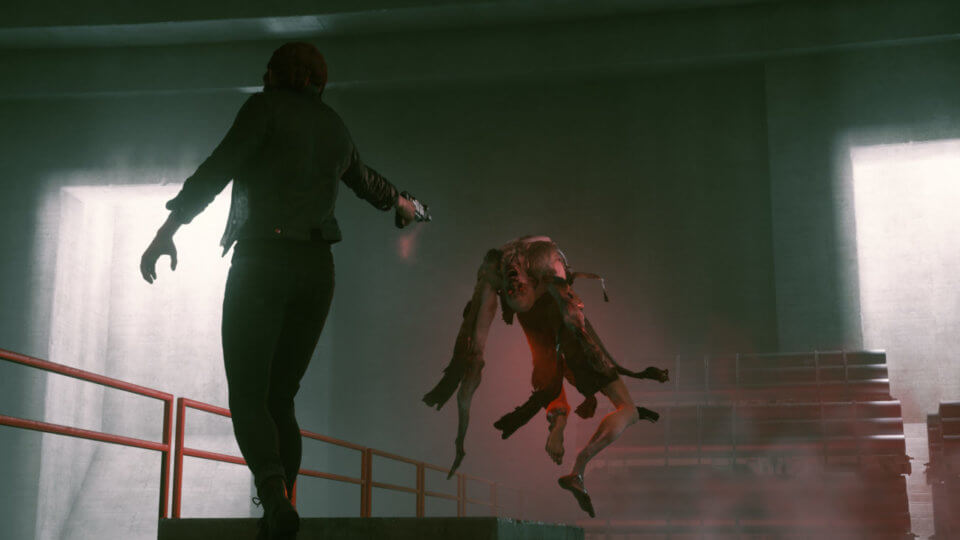 And while the gunplay is fun it’s not the most satisfying way to take down enemies, that lies with the Telekinetic abilities Jesse possesses. Granting her the ability to dash quickly to avoid danger, push enemies backwards and launch debris at them with a very satisfying thud.

The physics engine of Control is very impressive, much of the environment is destructible, meaning anything that isn’t held down will inevitably go flying at some point. Just about everything you see can be used as a projectile weapon thanks to Jesse’s telekinetic abilities. Even if you’re travelling down an empty hallway with no objects around, Jesse is able to use her ability to extract a piece of concrete from a nearby wall or floor so you’re never left defenseless. 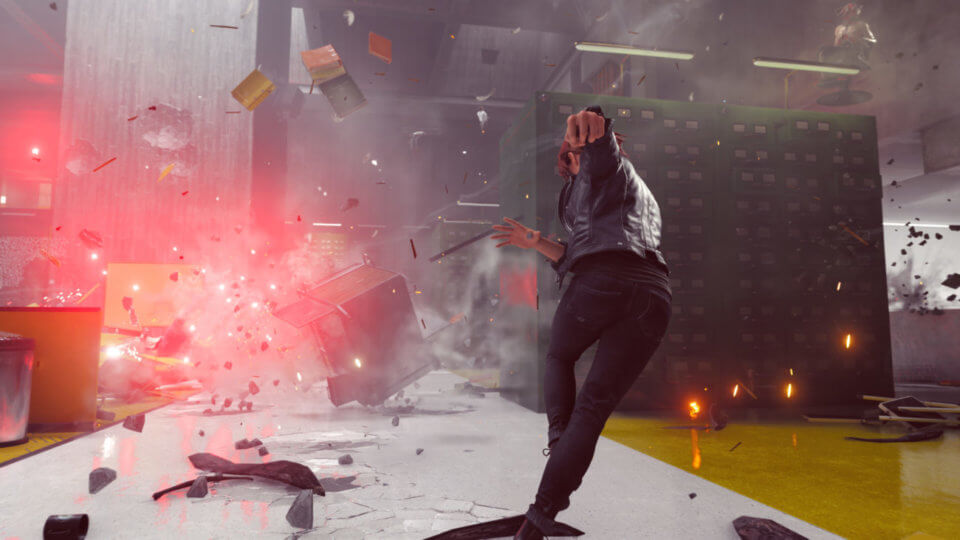 Though it’s impressive, I think the calculations required to give every item on screen realistic physics properties is also what hinders the game’s performance. Quite often throughout the game, especially during chaotic firefights with enemies I would run into really significant framerate drops, texture pop in and enemies glitching through objects or continuing to twitch around once dead. The Day One patch is planned to improve the game’s performance issues and it appears the patch that came out during the review period has already begun improving things.

Control also has quite a number of upgrade and modification options on offer. More than I expected a contained single player game to have. Completing main, side missions and cleansing control points rewards you with ability points that can be spent to increase Jesse’s attributes such as total health and energy capacity and enhance the perks of your telekinetic powers. The service weapon forms and Jesse herself are also able to be enhanced thanks to craftable mods that can increase damage output, reload times or offer additional bonuses for successfully pulling off headshots etc. This system allows you to be in control (wink wink) of how you fine tune your play experience, letting you improve Jesse and your weapons in a way that complements the way you choose to play. 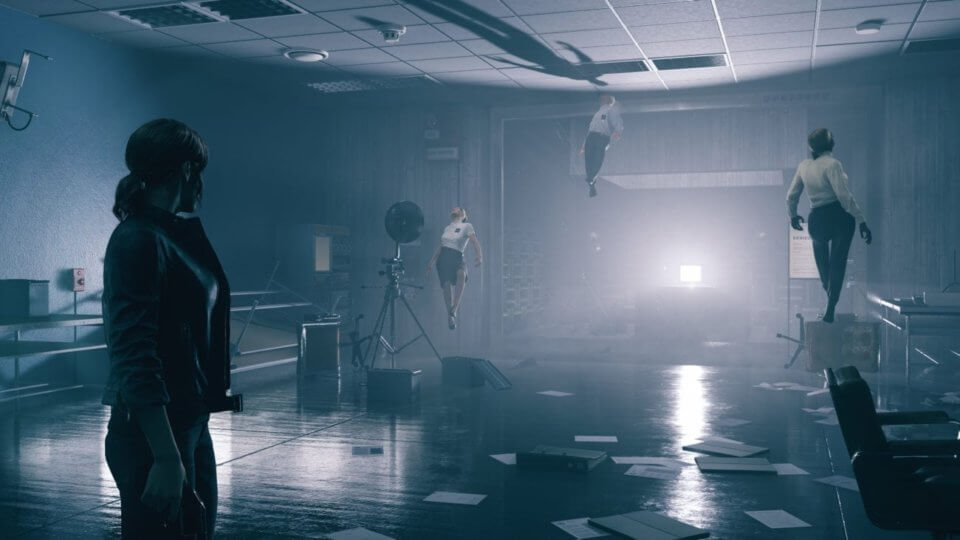 Although it’s certainly weird and has a story that leaves you in the dark, slowly piecing together what on Earth is going on, when it all comes together, Control offers a really satisfying and enjoyable game. It’s world and characters are complex and like the game’s story, hide some very interesting things below the surface. If you’re a fan of mystery stories, or ever dreamed of being part of the X-Men you’re going to really enjoy what Remedy have done with Control.