The Final Fantasy series of games have been a staple in my gaming catalogue for as long as I can remember. There’s the core games obviously, but some of my personal favourites actually come from their spin-off library. I’ve played through the portable spin-offs on the DS, the fantastic Tactics games and even the music rhythm titles. But when it came to the Mystery Dungeon rouge-like titles, they had remained completely unplayed until recently. Chocobo’s Mystery Dungeon: Every Buddy, is a reworking of the 2007 game Final Fantasy Fables: Chocobo’s Dungeon. Those that played it on the Wii back in the day will recognise it as being mostly the same core game but now it’s back with new unique dungeons to explore, a new buddy mechanic and even a local co-op system so you don’t have to explore alone. 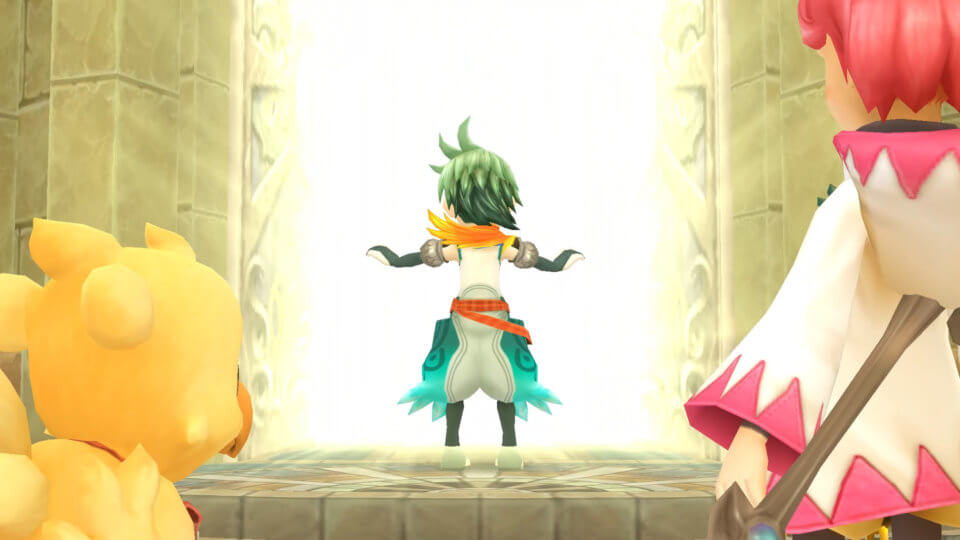 As the game begins you meet Cid and his Chocobo searching for a treasure located in a dungeon. But what’s one man’s treasure is another person’s teleporting portal trap. Cid and Chocobo find themselves in Lostime a town where a mysterious clock tower is draining the townsfolk of their memories. As Chocobo you’ll investigate and clear dungeons, help the townspeople regain their memories and solve the mystery behind the sinister bell that the clock tower holds.

The story of the game is quite straight forward compared to many of the core final fantasy games. Though much like the core entries you’ll cross paths with some great characters along the way and be given a core gameplay loop that can be just as addicting to play. Existing fans of Final Fantasy expecting an extremely deep and convoluted story may be a little let down by this aspect of Chocobo’s Mystery Dungeon.

Although it does contain many of the core staples that tie the game into the deeper Final Fantasy universe. There’s obviously the titular Chocobo’s, recognisable enemy types, a job/classes system at play and of course the game has it’s very own Cid. 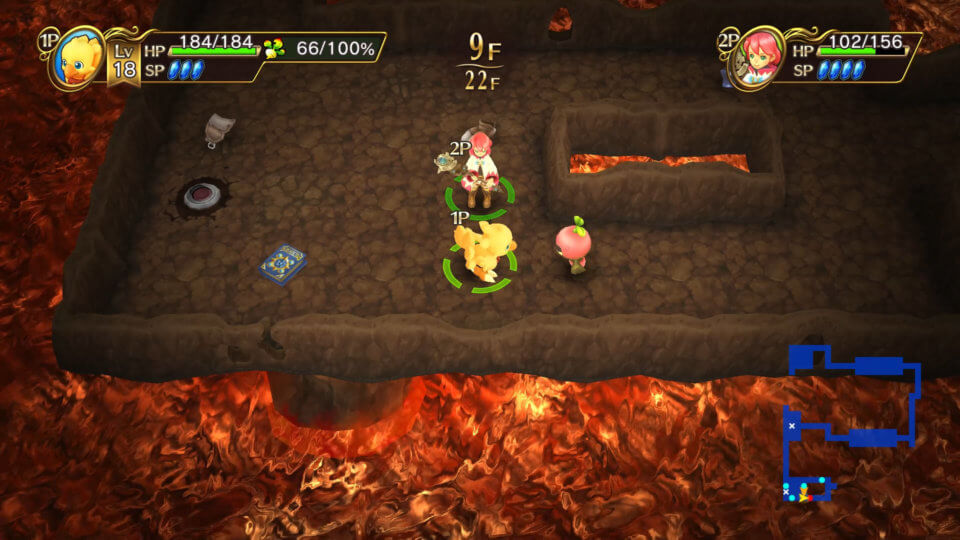 Chocobo’s Mystery Dungeon follows much the same core design as other rouge-like dungeon games such as those from the Pokemon Mystery Dungeon series. You’ll be adventuring deeper and deeper into the dungeons, regularly engaging in combat with foes and collecting randomised loot. The dungeon exploration and combat occur in ‘turns’ where every time you move, attack, or use an item it takes your turn and then offers up a chance for the enemies in the dungeon to perform an action of their own.

Despite looking like it could be a simple game if you based it solely on its art direction and aesthetic, Chocobo Mystery Dungeon actually requires a large amount of strategy to succeed in the game, carries with it an almost constant risk and reward concept and steady difficulty curve. Choosing what items to pick up, use or discard while in the dungeons can be the difference between success and failure. And with the loot drops being randomised, sometimes you get lucky and get just what you need at the right time but when you don’t you’ll find yourself cautiously traversing the dungeon wandering if you’ll make it past the next corner. Deciding when to approach an enemy, use an attack or retreat are always on your mind and choosing the wrong thing to do can be a quick slope to a defeat.

Before jumping into a new dungeon you’re able to select a job/class for Chocobo which changes some of his abilities and skills within. Each of the jobs match up with an one of the staple class types that have become commonplace in most Final Fantasy entries from over the years. Jobs such as a thief, beastmaster, dragoon etc. These jobs don’t offer a massively drastic change so there really isn’t that one is clearly better than another which encourages you to try them out, alternating between different ones but you’ll likely gravitate towards a specific few that match your playstyle and go with those. 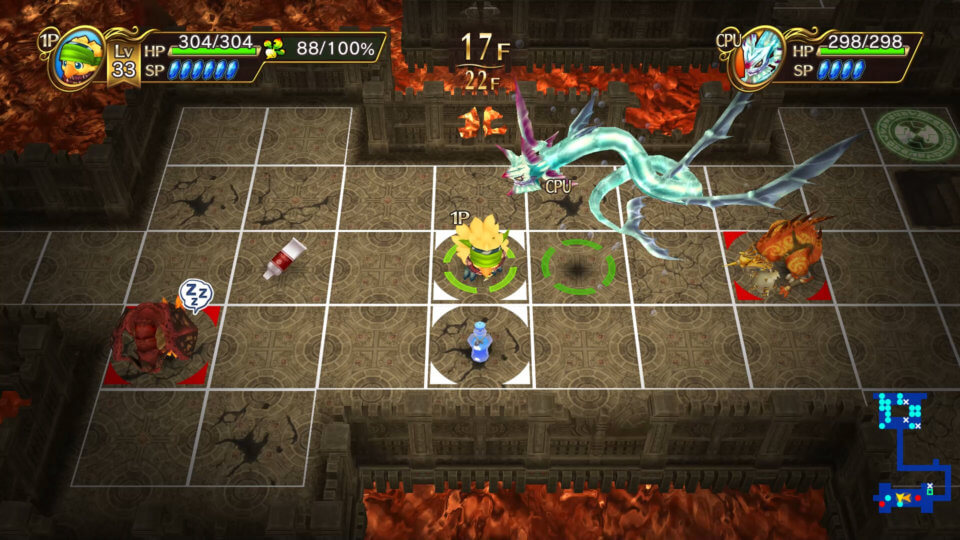 Prior to starting the dungeon you’re also given the opportunity to pick a Buddy to join alongside you too. This Buddy system is a new addition created for this remake and changes up the way the game is played in a very welcome way. After defeating various enemies enough times and earning their Buddy points you’ll be able to recruit them and use them in your team. Much like the job system, each Buddy offers up their own pro’s and con’s and elemental type that will allow you to strategically pick the best Buddy for a specific dungeon type. And with close to 150 to unlock and choose from you’ll have plenty of options to pick from to perfectly prepare yourself for the dungeon ahead.

But possibly best of all is the addition of a local co-op system. Instead of selecting a Buddy at the start of a dungeon you can play through the labyrinth with a real life Buddy. Letting them use the second Joy-Con to control their own playable character and join you in searching for loot and battles withing the dungeons. 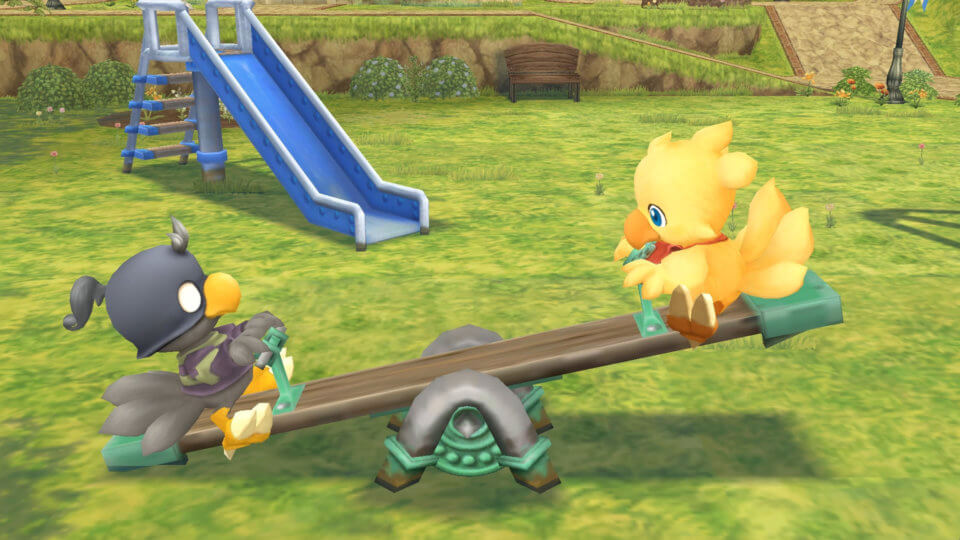 If you do happen to fall in battle, as with most Mystery Dungeon titles you will lose the loot you’ve collected so far as well as all your existing items. This further adds to the risk/reward style gameplay because the thought of losing everything if you mess up is always in the back of your mind. There is however a main hub world that offers a good break from the dungeon crawling action. Here you’re able to talk to the townsfolk, upgrade and buy new weapons, play mini games and use the bank to store items there to keep them safe and able to be collected if you do happen to die in a dungeon and are left with nothing.

The game’s audio was an unexpected treat too. Not only does the game feature many remixed soundtrack pieces from previous Final Fantasy games it also contains English voice over, something I wasn’t expecting it to have. With a great suite of voice actors portraying the large list of characters within the game. Although if you prefer to play your Japanese games in their native language you’re out of luck here. In another surprise the only language option available for the game was English.

Unfortunately the visuals do show their age at times, with some of the textures and design of the overworld looking quite dated. Noticeable mostly when viewing one of the game’s pre-rendered cutscenes. This is much less of an issue when playing in handheld mode as it’s a lot less noticeable on the smaller Switch screen than compared to playing it on a large tv. 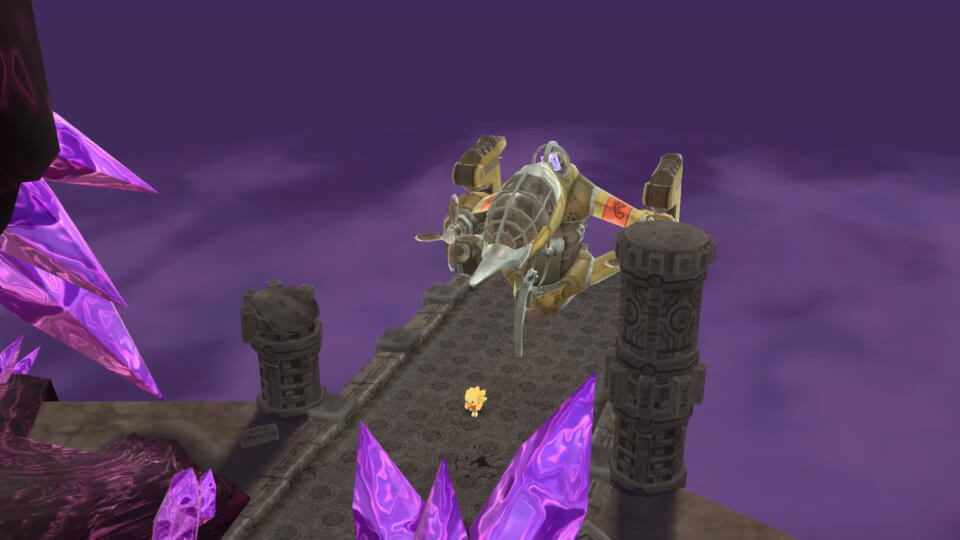 If you’re a fan of randomised dungeon crawlers, you’ll likely have a lot of fun here. Chocobo’s Mystery Dungeon Every Buddy is a great entry in the Mystery Dungeon series. Don’t be put off by it’s art direction and think that you’re only in for a game built for kids. It’s strategy and risk/reward requirements allow it to be fun for everyone. Unfortunately the visuals are showing their age a bit but it certainly doesn’t take away from the fun factor the game nails.

A Nintendo Switch review code was provided by Bandai Namco Australia for the purpose of this review.