In what was for the most part a surprise announcement, Catherine, the cult hit game originally released back in 2011 has now made it’s way to the PC for the very first time in the form of Catherine Classic.

Now don’t confuse this with the upcoming Catherine: Full Body. Catherine Classic is essentially just a port of the existing console version but optimised with some technical features to run on PC. Where as Full Body is also coming out later this year and is a remake featuring new characters and scenarios. 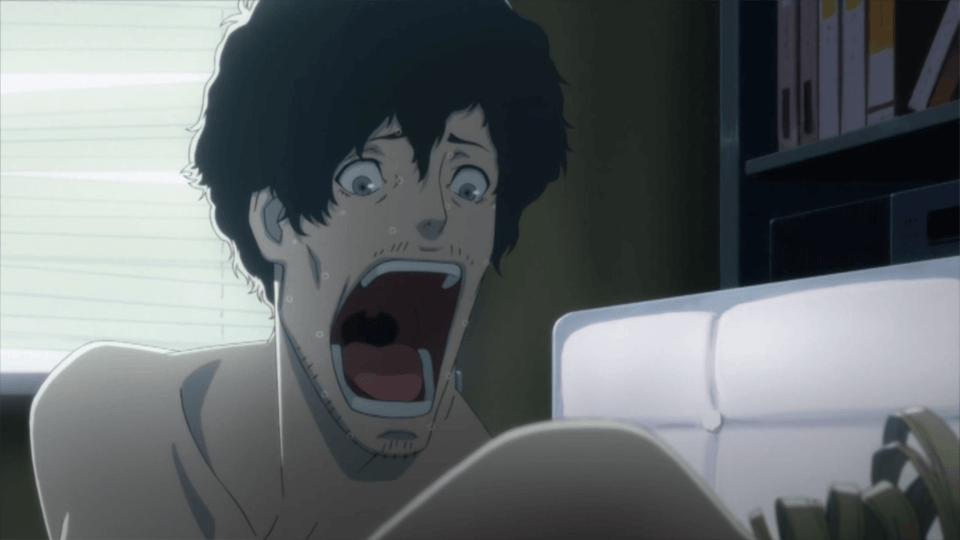 If you have played Catherine on either PS3 or Xbox 360 in the past, you’re getting that same game here but with PC enhancements.

Catherine follows the life of Vincent. A tech savvy 32 year old who begins having nightmares caused by his commitment issues after his girlfriend Katherine suggests they take things to the next level and get married. While his life already seemed complicated, things get turned up to 11 when he wakes up in bed next to an attractive blonde girl also named Catherine. Vincent now needs to juggle his life with both girls and decide if he continues with an affair with Catherine or fix his relationship and settle down with long time girlfriend Katherine. This stress leads to more and more nightmares for Vincent.

The core gameplay for Catherine is broken into 2 main sections. During the day you’ll spend your time mostly at the Stray Sheep bar drinking and discussing things with your friends and other bar patrons while communicating with both Catherine and Katherine via text message. While at night you’ll be pulled into the Nightmare stages and have to complete platforming puzzles, climbing to the top of a tower and defeating a boss to survive and progress to the next day. 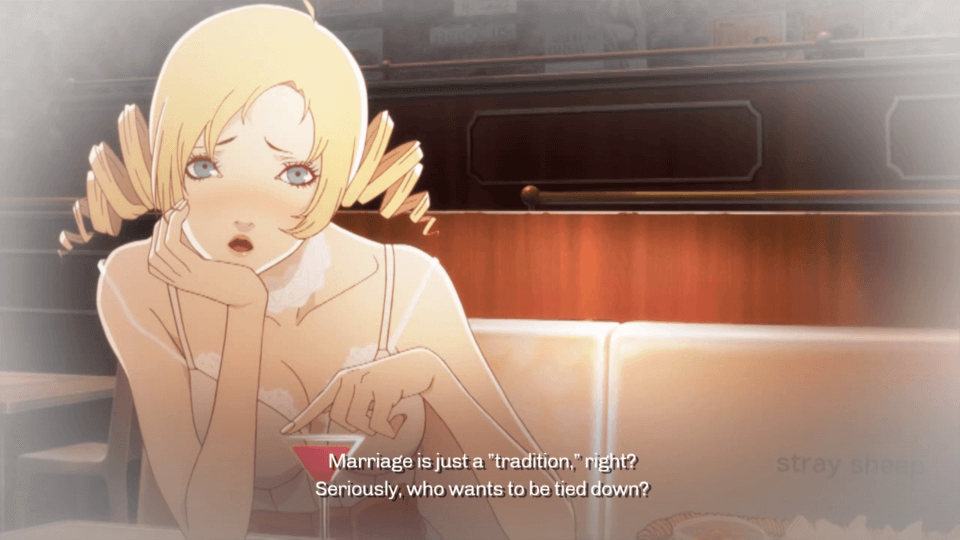 If the day/night cycle, character interactions and anime art style seems familiar that’s because Catherine is also developed by Atlus and the same team behind the Persona series. Certain aspects of Catherine were actually used to prototype and test ideas for the upcoming Persona 5 at the time.

Following the intense box based puzzles of the Nightmare stages, Vincent will often be asked a series of questions at the confessional. Your responses to these questions will affect the route Vincent’s story takes as it pushes the morality meter in one way or another. This ultimately shapes the ending you get when you complete the game. And since the game features multiple endings there’s plenty of replayability on offer if you want to jump back in and try for another outcome.

As mentioned Catherine’s PC port comes with a number of PC only additions and optimisations. This PC version features a 4K resolution, unlocked framerate, support to customise and remap the controls and even includes the ability to switch over to the original Japanese audio track if you wish which is the first time this has been available in Western countries. 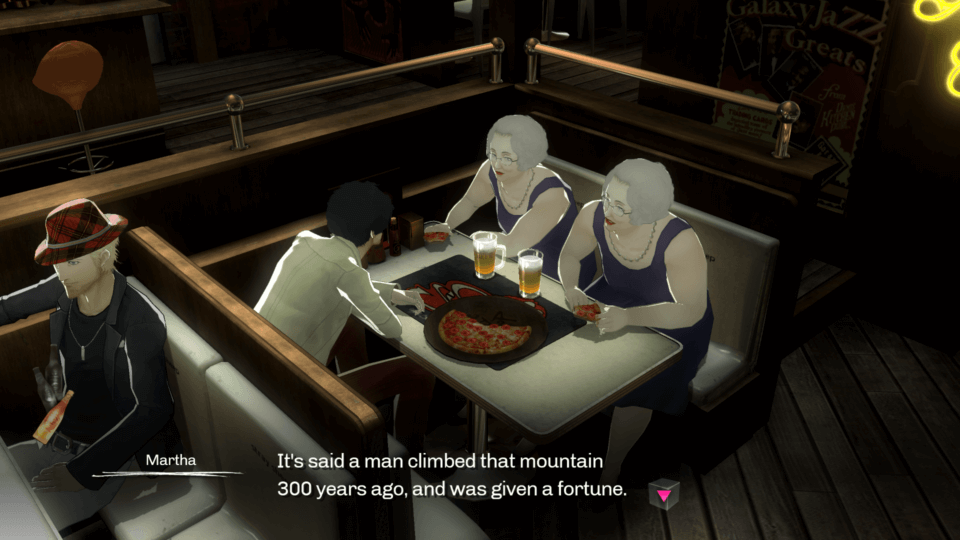 I played through most of the game using a controller which I did find preferable to the default mouse and keyboard option. It felt more natural to how I play but could also be how I subconsciously enjoy the Catherine experience after playing it on PS3 way back when.

One thing I had trouble with in the original many years ago and again had with this Classic port was the sudden spike in difficulty when it comes to the puzzles heading towards the later sections of the game. The puzzles increase in difficulty fairly steadily until the point where they don’t. I found myself getting quite comfortable with my abilities solving the platforming sections before suddenly having a tough time and having to take multiple attempts to successfully get through and even getting that dreaded game over screen a few times. 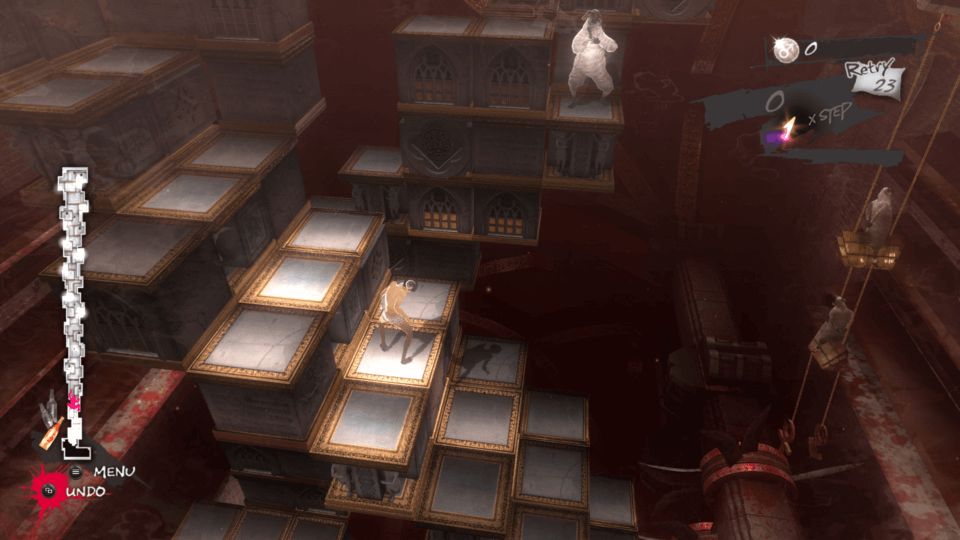 Now I’m not saying the puzzles shouldn’t be difficult. When you get back up to speed with the increased difficulty the puzzles become manageable again and I can appreciate their complex design but I feel the game should have had a more even rise in difficulty throughout rather than numerous sudden spikes.

My key highlights for Catherine are it’s fantastic presentation and performances. The game looks gorgeous and it’s anime aesthetic really pops on the screen and now looks better than ever as it can be played in 4K. And Troy Baker’s performance as Vincent combines his early career as an anime voice actor and his current role as a video game performance powerhouse. 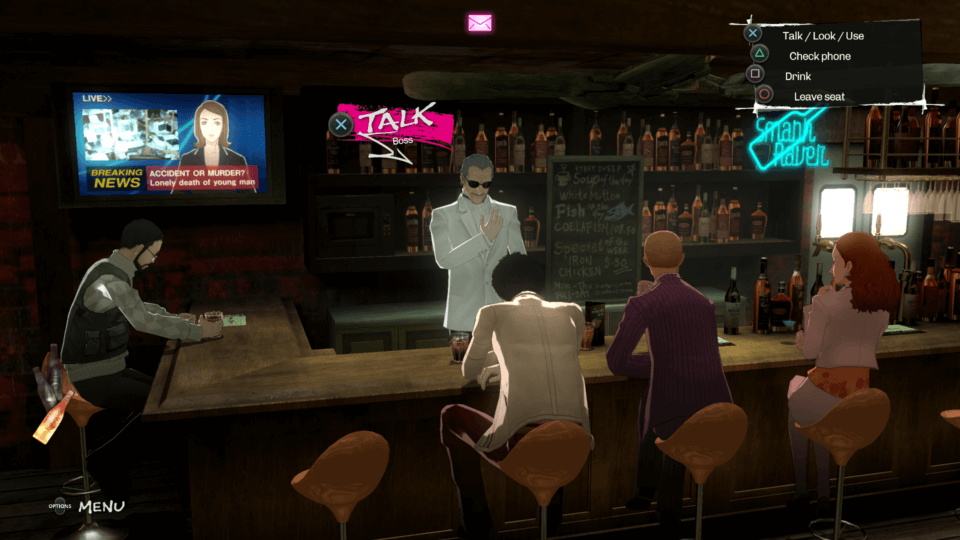 Catherine Classic is a great port that treats the core game with respect while also implementing some optimisation features to get the most out of it’s target platform. It doesn’t bring anything new to the game, content wise but we still have Catherine: Full Body to look forward to for that later this year.
If you haven’t played Catherine before or want to re-experience it on PC there isn’t a better time to do so.

A PC review code was provided by the publisher for the purpose of this review.