While Dating-Sims typically aren’t a game genre I’d typically gravitate towards, Boyfriend Dungeon instantly caught my eye when I saw it’s release announcement because of it’s interesting genre mash-up. Boyfriend Dungeon isn’t your typical romance simulator, saturated with waves of cuteness and unrealistic portrayals of how relationships should work. Instead it’s layered on top of an action based, dungeon crawling RPG where the characters you date are also your weapons. 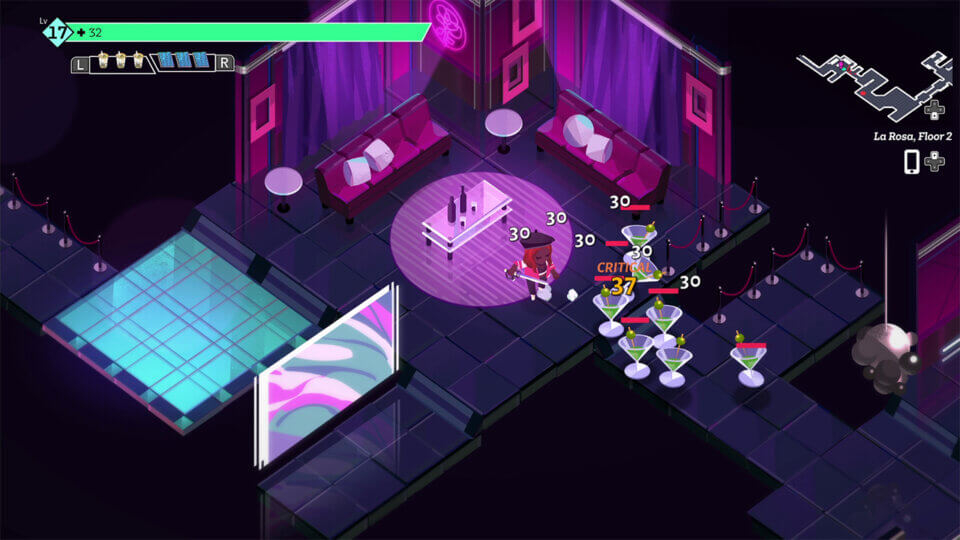 In Boyfriend Dungeon, you’re tasked with eliminating enemies that have formed in ‘The Dunj’ a randomised dungeon portion of the game’s explorable town and as briefly mentioned, during the process of doing so will discover numerous weapons that have the ability to transform into datable people that you’ll get to form relationships with. Weird twist I know, but it’s fun and I appreciated the unique premise.

Each weapon/potential love interest brings something different to the table when it comes to clearing out The Dunj, as each manifests into a different weapon type. For example there’s Rowan the scythe, Valeria the dagger, Sawyer the glaive just to name a few, and each option comes with their own pros and cons, so you can tweak your choices to reflect your chosen playstyle however you like. Heavier weapons like the scythe deal heavy damage and have a larger attack range but is slower to use and slows your movement, where on the other hand, the dagger keeps you quick and nimble but deals lower damage and requires you to get closer to the enemies you’re slashing down. I liked this risk/reward system that each weapon was able to provide and it keeps combat fresh when progressing through The Dunj on repeat visits. 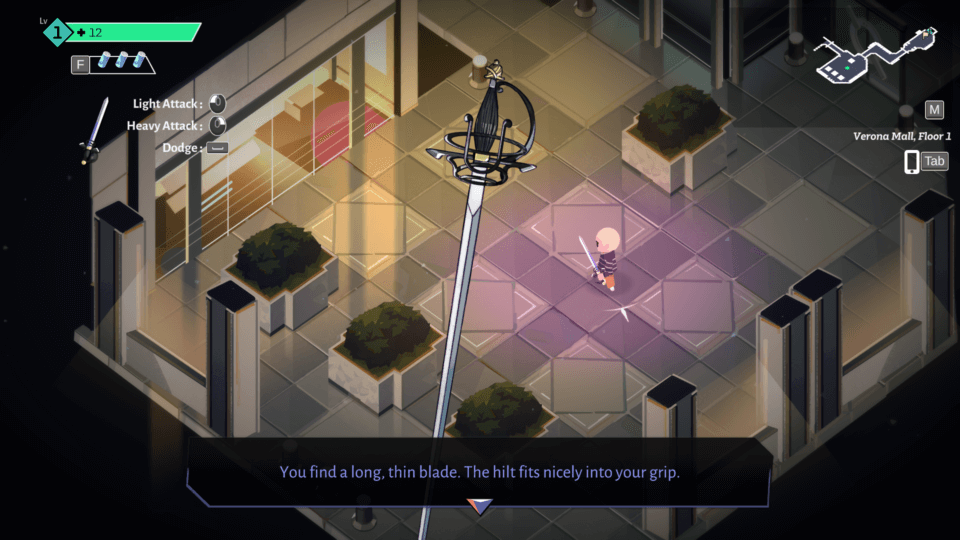 After progressing further through the dungeon portion of the game, you’re able to take some down time with your partners and spend the coin you’ve earned dungeon crawling to head out on the town for a date. These provide the opportunity to deepen your relationships and get to know the characters in more detail. As you level up your relationship with each character you’ll also be granted additional bonuses for their respective weapon such as increasing their damage dealt or stronger finishing moves among other things.

Boyfriend Dungeon is very inclusive when it comes to it’s romance options, as the game will allow you to date weapons that are male, female and non-binary, with varying sexual preferences for each too. Your player character is also not closed off from being able to romance any of the weapons based on your chosen options either. All love interests are on the table.

You can develop relationships with all of the weapons if you want, or focus just on the ones you enjoy or suit your preferences or playstyle. The choice really is up to you. You’re also given agency to control how far the relationship with the weapons may progress. You can keep them as friends or dive into the romance side of things with any or all of them if you choose.

A real highlight of Boyfriend Dungeon is it’s soundtrack and art direction. I loved the vibrant design of the world, the UI and the character profiles. They’re pleasing to the eye and creating a warming environment for the game world. I also loved the background music of the game, especially the tracks used within The Dunj, it’s catchy enough to get stuck in your head but not so bad that it makes these sections you’ll revisit numerous times stale.

Boyfriend Dungeon suffers most of all because of it’s length. The game can be completed in about 7 hours. I became almost overwhelmed with trying to maintain so many relationships at once for the fear that if I didn’t I would miss out on levelling up certain weapons types or skipping important character interactions, then realised afterwards that it wasn’t too big of a problem as the game doesn’t lock off certain paths or have drastic changes in the story based on the romance option(s) you’ve chosen.

The swift pacing of the game also limited the genuine feel of getting to know some of the characters before jumping into serious commitments with them. All of the weapons are happy to dive into a relationship almost instantly, which of course offers the player choice with the way they’d like to tailor their experience, but I felt like it lowered the genuine experience the ‘dating’ side of this dating-sim offered. 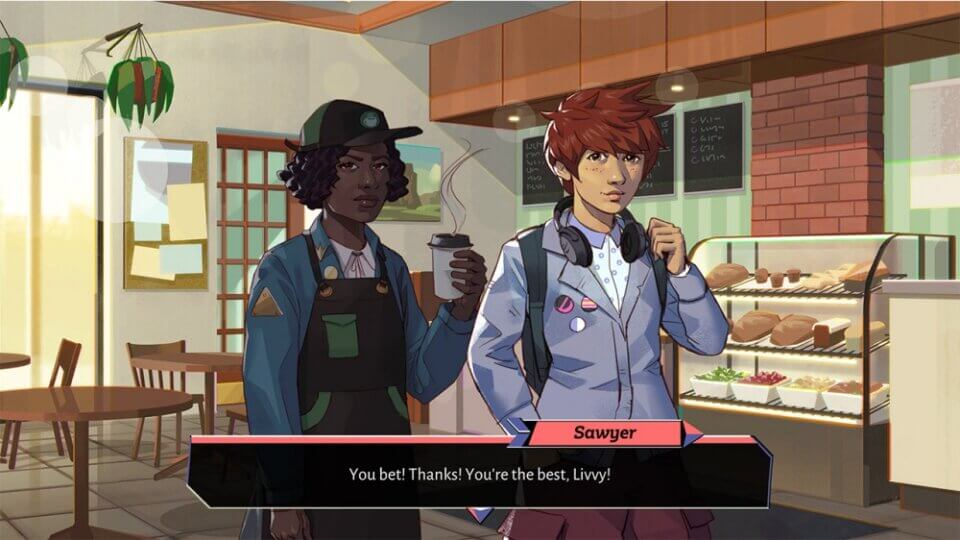 The game at launch also features only 2 randomised dungeons to traverse. I’m not sure if further options will be available in The Dunj post launch along with the upcoming additional character romance options, but upon finishing the 2 dungeons and the final boss encounter I found myself wanting more to explore or even additional enemy types to defeat as endgame content. What is presented is certainly fun to play, and traversing The Dunj, switching out your primary weapons will provide additional replayability, but having only 2 main dungeons to do it in had me craving something more after a while.

And while I did enjoy the story overall, and even the personalities and backstories of many of the weapons, the development of the datable options is inconsistent with some of them being incredibly interesting with what they bring to the table (outside of just their provided weapon) and others being boiled down to little more than a character trope thrown into the story.

Boyfriend Dungeon provides a unique genre bending twist on a traditional Dating-Sim. It provides a fun and varied dungeon crawling experience thanks to the diverse weapon types and is ultimately fuelled by player choice. I would have liked some additional dungeons to explore and for the character development to be more consistent overall. But if you’re a fan of either action based RPG’s or Dating-Sim games and looking for something you probably haven’t tried before, then Boyfriend Dungeon may be right up your alley.