After gaining funding in a successful Kickstarter campaign back in 2015, Koji Igarashi was set to make his comeback and produce a spiritual successor to the Castlevania series. Now just over 4 years on, and after numerous delays, Bloodstained: Ritual of the Night is finally here. But best of all, it seems to have both broken the stigma around KickStarter funded video games and truly captures the spirit of the classic Castlevania titles. 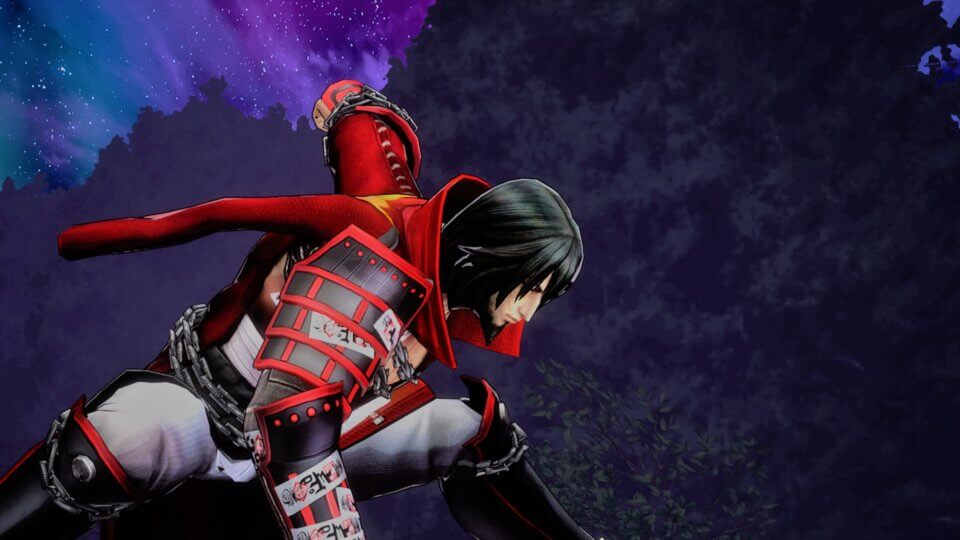 Upon first jumping into the game you’ll quickly realise this feels a lot like another classic side-scroller, a game many regard as one of the best games ever made, Castlevania: Symphony of the Night. And there’s a good reason for that. Bloodstained’s writer and designer Koji Igarashi also wrote and designed Symphony of the Night. With this project being pitched as a spiritual successor to that title, Igarashi certainly had a lot of pressure and expectations to live up to.

While numerous design similarities can be drawn to Castlevania, Bloodstained has a completely original story, world and set of characters that aren’t linked to the Castlevania games in any way. In Bloodstained you play as Miriam, a young girl infused with magical crystals that attract demons. 10 years prior, Miriam along with another boy Gebel were intended to be used as sacrifices for the demons. But after falling into a coma, Miriam was unable to be used and so Gebel was put forth. Although, now 10 years on and after somehow surviving the ritual, Gebel has returned to seek revenge on the Alchemist guild, reigning down demons on 1700’s England and a mysterious demonic castle emerges. At the same time Miriam awakens from her coma and sets out to put an end to Gebel’s chaos. 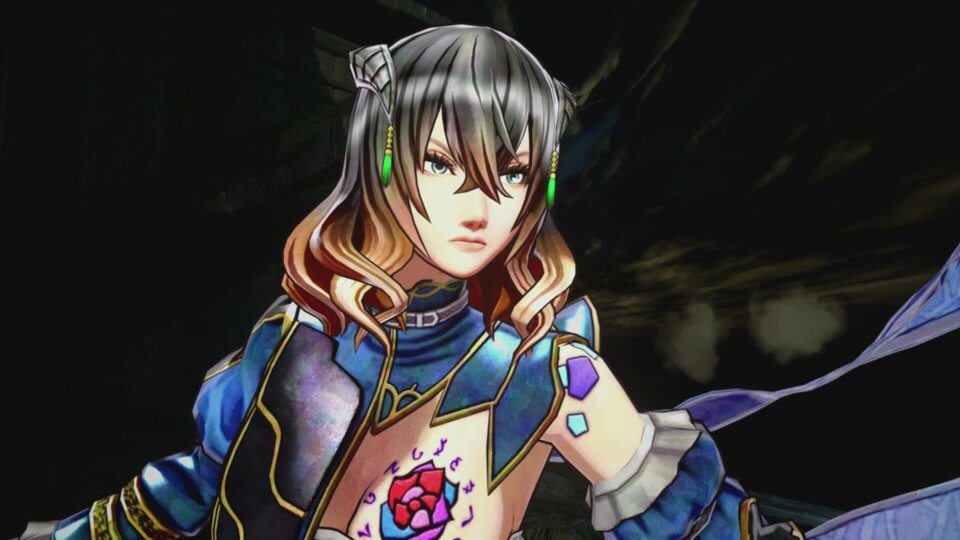 In doing what he does best, Igarashi has designed Bloodstained to be a Metroid-Vania experience. The castle where the core of the game takes place is full of winding paths, secret areas and locked doors that interweave amongst each other and are eventually able to be open and explored once you have progressed to the point where you unlock the ability required to pass the obstacle and then looped back. This allows you to build a sense of familiarity within the castle and the longer you play, the more you come to know your way around, learning the fastest ways to progress through areas and feeling like a bad-ass while you do it. The design of the world is so well crafted, it can’t be an easy feat to design a world who’s stages are so unique, yet complement each other so well and are entwined amongst one another. 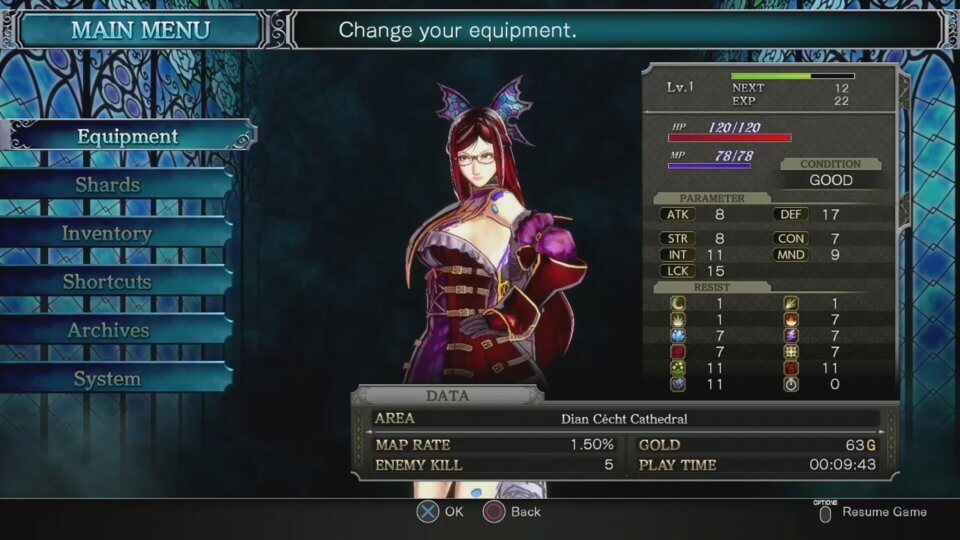 Upon defeating enemies there is a chance they will drop ‘shards’. As a Shardbinder, Miriam is able to absorb these shards to gain access to new skills and techniques. And there are a ton of shards to collect and try out, with each offering a new ability or upgrade to Miriam’s stats, offering things like faster attacks, increasing defence ranges, new conjurable weapons, and summon-able familiars that act as support during battle. I loved that there were so many on offer to collect, this allows you to spec out Miriam in a way that suits how you want to play but I found myself always going back to the same few abilities and familiars that I’d grown comfortable with unless I unlocked something much better.

As you progress you’ll also gain your fair share of loot as you open chests or find secret areas. You’re able to use this loot to craft and collect new weapons and customisations. The customisations are more than just stat bonuses though, they actually change Miriam’s character model and you can see her wielding the upgrades as you equip them. This was a nice touch and is something often overlooked in many games. In the safe hub town of Arvantville you’ll be able to meet with the alchemist Johannes who will allow you to use your items to craft, cook using ingredients, enhance your shard abilities as well as dismantle unwanted items. It’s also here that you’ll find the merchant that can change Miriam’s appearance, allowing you to purchase new hairstyles, accessories amongst other things. 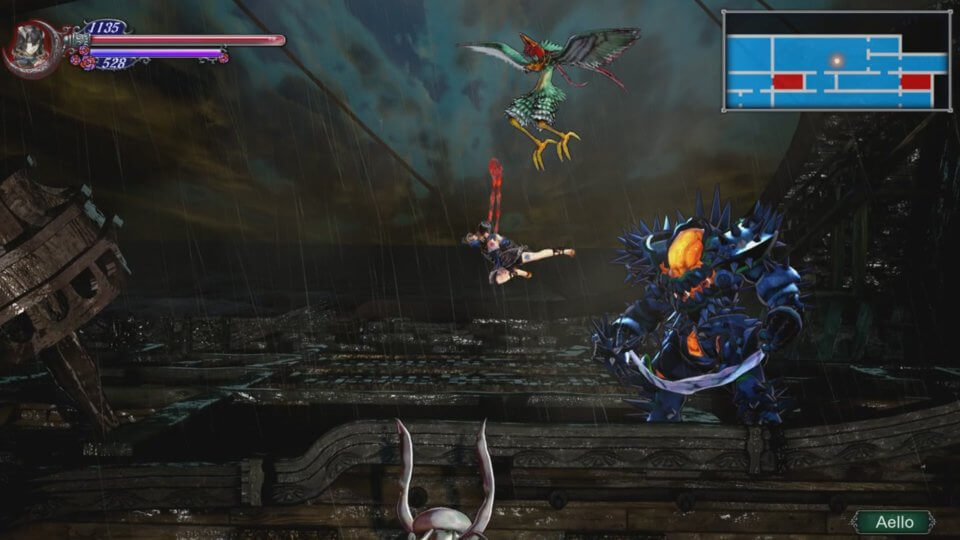 The environments in Bloodstained look fantastic and they’re also incredibly varied so much so in fact that you’ll forget a lot of the time that you’re meant to be inside a castle while adventuring through. The Gothic setting of the game really shines through in the enemy designs as well as the overall aesthetic of the castle, especially when traversing it’s fire and moon-lit corridors.

The characters in Bloodstained are fully voice acted and the story’s script is presented well. I liked the visual novel delivery style as I’m a big fan of that genre, especially when they include a solid voice cast to back up the narrative. In Bloodstained you have the option to switch between the English or Japanese language tracks, and while I played through the whole game in English only, it’s a nice option to have, especially knowing how many players like to listen to the original language in games by Japanese developers. 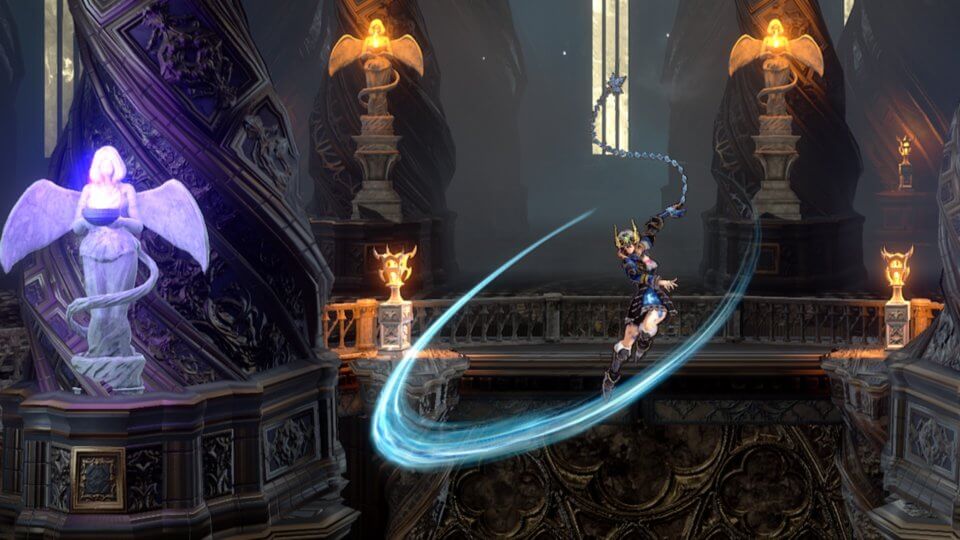 With plenty of weapons to find, powers to unlock and secrets to uncover Bloodstained will keep you adventuring through the castle for quite a while. If you’re into the Metroid-Vania genre you should definitely check it out. Igarashi has delivered a solid spiritual successor to his classic Castlevania titles but has also given Bloodstained it’s own two feet to stand on. I’d love to see where he decides to take this series next.

A PS4 review code was supplied by the distributor for the purpose of this review.