When I first got my PlayStation VR headset one of the first things I jumped into was PSVR Worlds, a collection of smaller scale games and experiences designed by Sony’s London Studio to showcase the kinds of things the headset was capable of. Of those experiences my clear favourite was an action movie getaway sequence called The London Heist. Now London Studios have taken the core idea that was birthed with The London Heist, and expanded on it to create a truly cinematic experience that puts you front and centre as the lead character in an action movie. 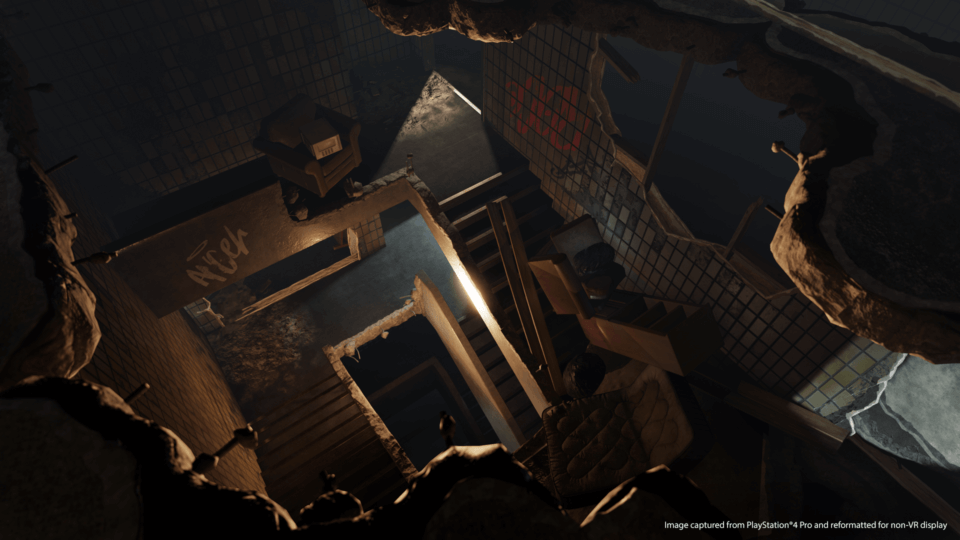 I knew after getting the chance to preview the game a few weeks ago that if Blood & Truth could maintain the level of fun and action I had experienced and do it in a way that it didn’t become repetitive by the end that London Studio would be onto a winner. And they nailed it. Not only is it fun, Blood & Truth feels really satisfying to play and immersed me in ways I hadn’t experienced before in VR.

In the game, you play as Ryan Marks, an ex-Special Forces soldier now on a mission to rescue his family from a high profile London crime syndicate. Throughout the course of the 5-6 hour campaign when you’re not dodging bullets in chaotic fire-fights you’ll get to know and become quite attached to the small core cast of characters that make up your family and assist in the main objectives of the game. The character performances are well acted and feel like real people, not just because you’re physically in the room with them and feel they are talking directly to you (the player) at times but because of the entertaining script and the banter shared between them all. The interactions with the cast really make you feel like you’re part of the story. 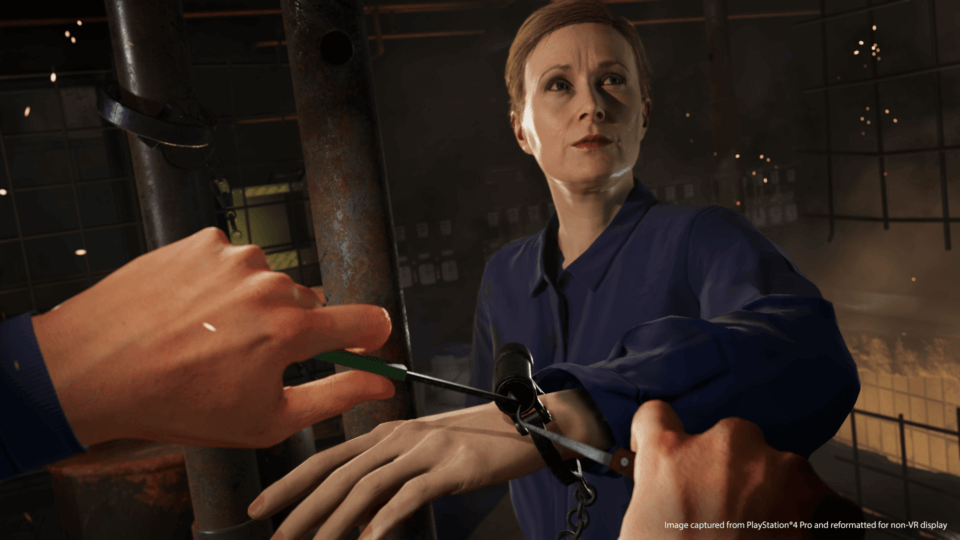 The story of Blood and Truth takes you to a bunch of varied locations, always keeping the environments interesting throughout. You’ll travel through deserts, warehouses, rainy outdoor areas, casinos, nightclubs and a museum among other things. The stages are packed with detail and feel like real places which only helps to sell the immersion of the experience even more.

As I mentioned in my preview, where Blood & Truth excels and becomes truly special is with its incredibly satisfying gun combat. The weapons in the game feel so good to use and by having you physically un-holstering your weapons, freely allowing you to aim them and be in charge of manually reloading them, Blood & Truth simultaneously puts you front and centre, allowing you to be the lead in your very own action movie and immerses you so much more with the whole experience.

Movement in the game doesn’t use the teleport method utilised in many VR titles but a smooth transition between your current point to the chosen node in a straight line. Stages play out as a semi on-rails experience. You don’t have free movement control of Ryan. Instead you’ll traverse the level uhoping from cover point to cover point where you can look around and take out enemies during the fire fight segments. 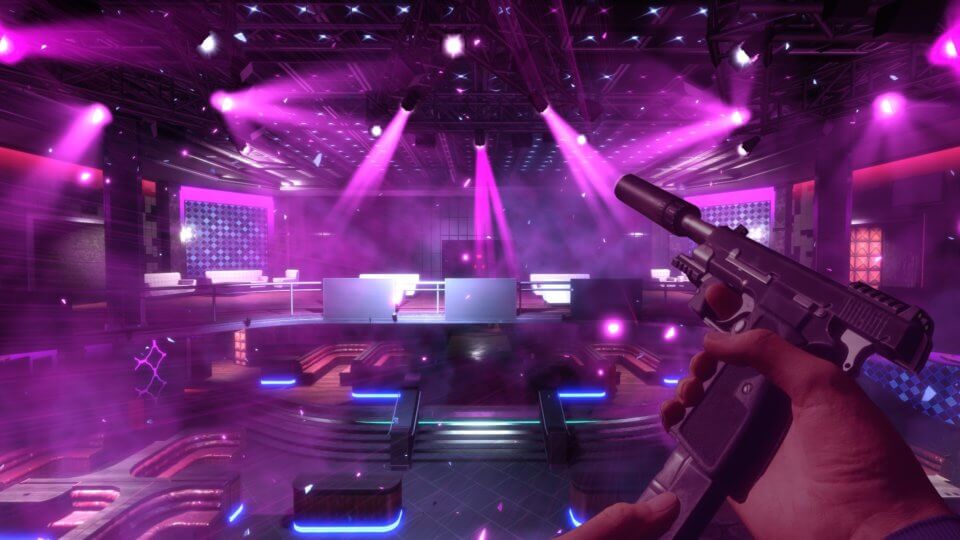 The game isn’t just a massive shooting gallery though. Blood & Truth has a full arsenal of weapons to unlock, collect and customise, scattered collectibles to discover, puzzles to solve and interactive cutscenes that help break up the near constant action.

Because of the game’s movement system implemented the way it is, you’re only able to progress forward through the stages. If you miss the node that would have taken you towards a different path or accidentally pass a collectible you can’t turn around and pick it up. Ryan is only able to move forward. I did find this a bit frustrating at times and was always worried I was missing things in the stages causing me to hesitate moving forward if I thought there could be something hidden nearby.

There is a fair amount of replayability on offer and things to do outside of the 19 main missions if you’re looking to jump into more after completing the story. After beating the game you can jump back into individual missions to play them again, possibly picking up missed collectibles or try your chances in one of the time based challenge modes. London Studio have also announced there are plans to support the game with additional modes and free dlc in the future too. 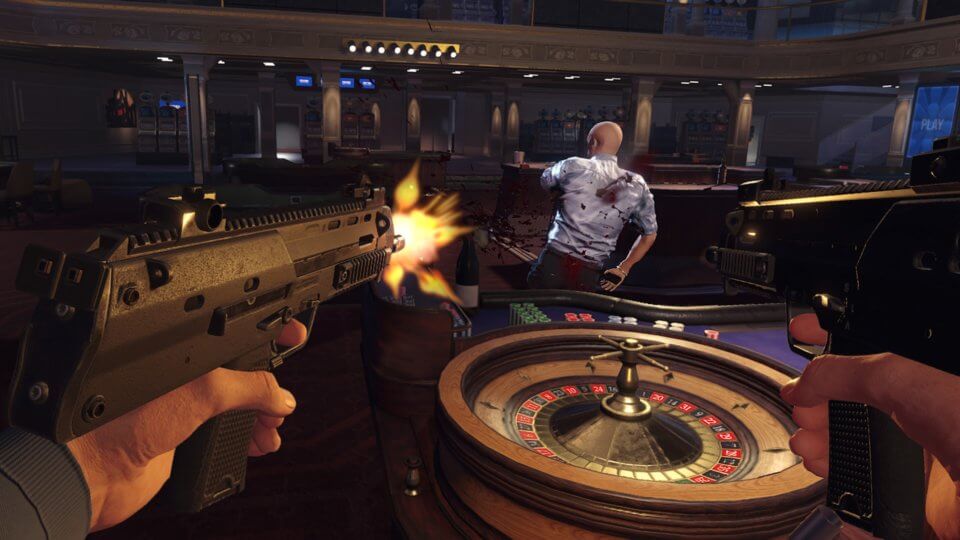 Visuals wise, Blood & Truth is up there with some of the best looking PSVR titles, but obviously because of the hardware limitations of the headset it’s not in the same league visually as Sony’s non VR AAA offerings. Some of the textures you’ll spot throughout are a little washed out, the animations of some of the enemy NPC’s remind you this is a video game due to some stiffness and I did experience some pop-in of assets. But even with some visual hiccups, when that music kicks in and the bullets start flying all of that gets pushed aside because I’m right back into having a ton of fun.

Blood & Truth can be played with the DualShock 4 but to get the full experience of what Blood & Truth has to offer it’s recommended you use a couple of Move controllers. So many of the game’s shooting and puzzle solving mechanics are designed around the free control of 2 hands which is something only possible with the Move controllers. It’s not the end of the world if you don’t own them but the experience on a whole different level if you do. 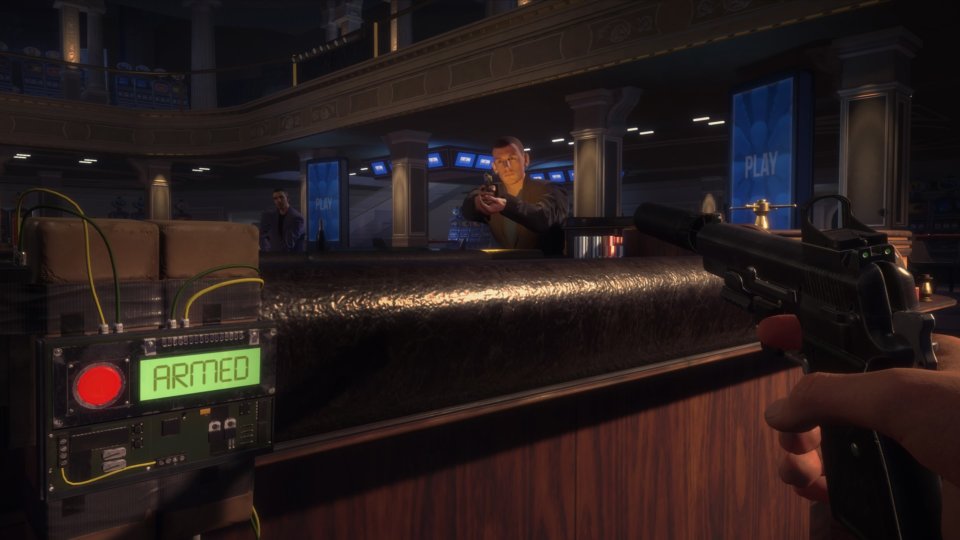 If you’ve ever watched an action movie and thought you’d like to try your chances being the hero, piling up bodies as you make your way closer and closer to the villain then Blood & Truth is definitely something you’re going to want to check out. Thanks to it’s gunplay mechanic and it’s cast of characters I found it to be one of the most immersive VR experiences I’ve ever played. I was so engrossed in the game that I was physically ducking out of the way of incoming bullets and exploding debris while making my way through the stages. Blood & Truth offers an engaging 5 hour experience and is the exclusive that PSVR owners have been waiting for.

If you would like to check out more information and gameplay for Blood & Truth you can check out the latest episode of PlayStation Australia’s PSVR show where comedian Ross Noble jumps into the game.

A review code was provided by PlayStation Australia for the purpose of this review.