When it comes to games based on anime series, or actually games based on any popular license, they’re often hit-or-miss affairs. Many have the potential to be good but are handed to a developer that doesn’t posses the resources to give the game what it deserves. Other times the games are a clear cash grab, just capitalising on a well known franchise. But occasionally, a license and developer come together to create something that is respectful to the source material and is really fun to play. That was the case with Attack on Titan 2 last year, developed by Omega Force, and now you can jump back in and experience the events of the anime’s third season along with a bunch of new features and modes in the Attack on Titan 2: Final Battle expansion.

In last years’ release, you got the chance to play through the story of Attack on Titan’s first 2 seasons. This in fairly common in anime tie-in games but where Attack on Titan 2 was different is it had you create your own original character using their character creator tool and you were slotted into the events of the story, interacting with the key characters from the series and witnessed an alternate perspective while the events from the series played out.

Now with the release of this Final Battle expansion we finally have the ability to play through the events of the show’s recently completed third season. Offering up a bunch of new missions, Titans to take down and playable characters to unlock, as well as introducing new ways to dispatch the enemies and customisable gear.

The story kicks off right where season three begins in the anime, the overall story is very faithful to the events that occur throughout the season but as with the base AOT2 game you do miss some of the smaller moments around the big action based events where the characters get some key development. So if you’re a fan of the series, I’d definitely recommend still checking out the anime as even though the game here is good, it shouldn’t be used as a direct replacement for watching the new season. 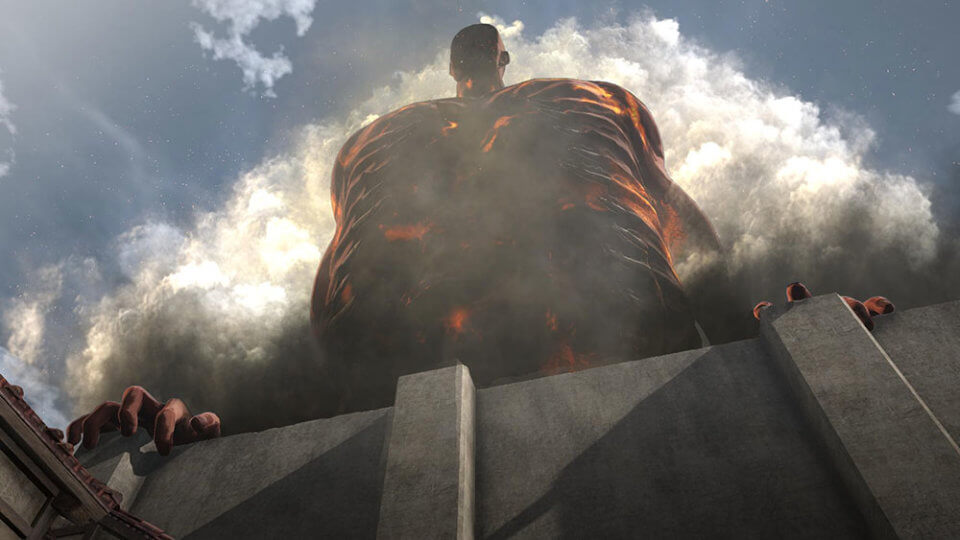 As with the base game, the core gameplay loop of Final Battle remains mostly unchanged and continues to feel really great and is a lot of fun. Every time you manage to swing in and perfectly time the execution blow on a Titan it’s incredibly satisfying. If you want to read more about the core mechanics of Attack on Titan 2 you can check out my review from last year.

Final Battle has introduced a new level cap, new gear and some new weapons into the mix though that may shake up your gameplay style and change how you take down the Titans. Along with the regular blades that can be used to slice down your foes, Final Battle introduces Shooting Gear. As it may sound, these are guns that allow you to tear apart and take down Titans from a distance using an all new set of shot types and special techniques.

I did appreciate the introduction of a new way to play but after trying out the guns for a while I quickly went back to my Slashing Gear as flying in and slicing down the enemies felt more satisfying to me than using the guns to pick them off from a distance. 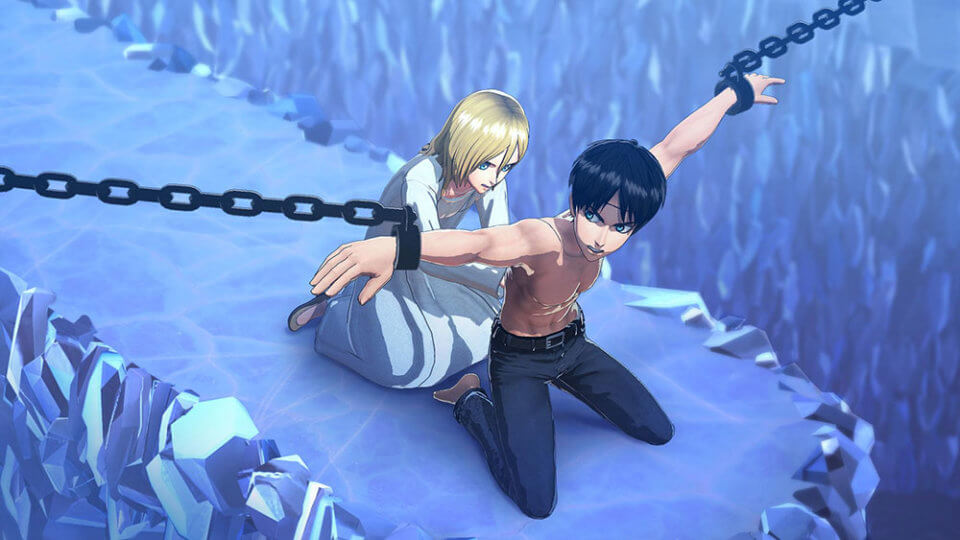 As with the base game, my main issue with Final Battle is it does get fairly repetitive. Many of the missions have the same completion requirements and while taking down Titans is satisfying I would have liked the core loop to be a bit more interesting.

At the end of the day here, what you’re getting is more AOT2. So you could see that as a good or a bad thing depending on your opinion of the original game.

If you’re a player that wants to play through the game purely for
the story, you may be a little disappointed with the amount of new content here for the price as you can complete the new season 3 portions of the content over a couple of short sittings (or one long one). Once you’re done with that, you are able to get some additional replayability out of the expansion with the new Character Episode mode that allows you to play through sections of the narrative as various characters from the anime to witness the story through their eyes.

Territory Control is another newly introduced mode that puts you in charge of developing your own scouting regiment. Allowing you to gather recruits and organise expeditions beyond the wall. It’s within this mode that you’ll be able to build up your own team comprised of characters you love and also bring you custom created character back into the mix. 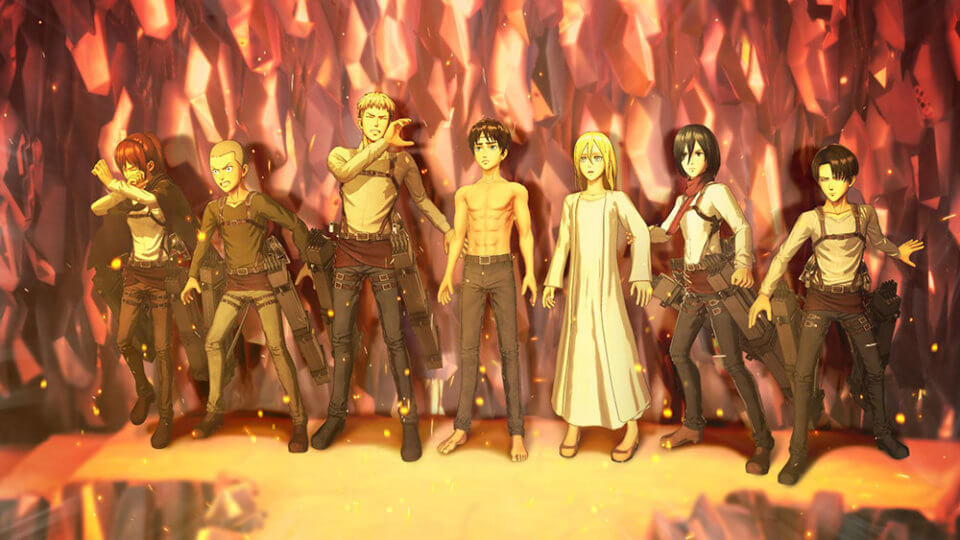 For existing players of Attack on Titan 2, you’re able to import your save and progress into Final Battle so you can continue on with the custom character you created in the original game along with your level and unlocked gear.

I played through the original Attack on Titan 2 last year on the Nintendo Switch but I was keen this time around to see if the play experience would be different on the PS4. And in short it was. I did mention in my review last year that on the Switch the game did have some performance problems, suffering some framerate drops in areas with numerous Titans or characters zipping about. I didn’t run into any performance problems this time around on the PS4 and also noticed that the game’s assets are more crisp providing an all round higher fidelity look than the version shipped on the Switch.

Frame drops and graphical downgrades don’t typically bother me but I thought it was worth mentioning as this game is simultaneously launching across a number of consoles and you may want to know before heading out to pick up a copy. The Switch version is by no means bad, you can check out my review from last year to see how much I liked it, so if you also don’t mind dealing with some performance hiccups and a slight visual downgrade you do gain the ability to take AOT2 on the go. 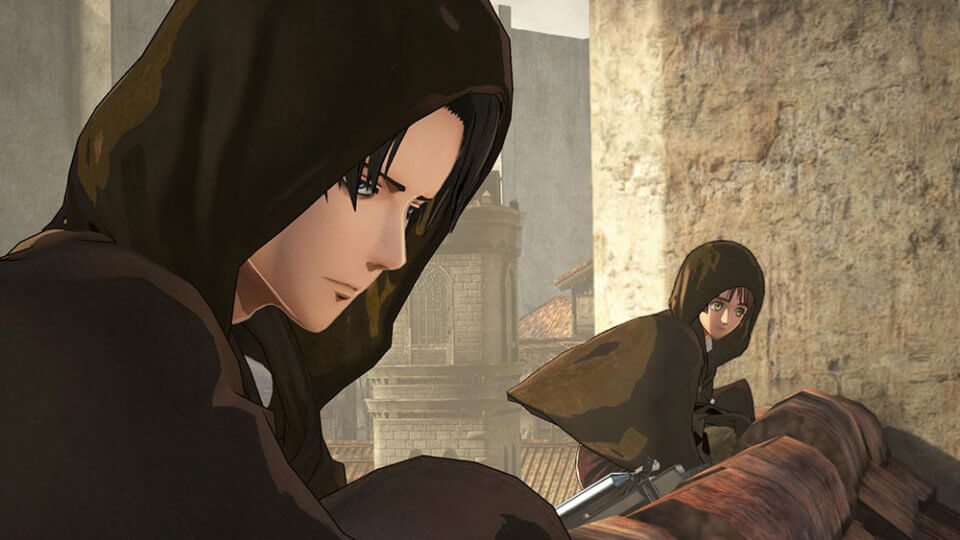 Attack on Titan 2: Final Battle expands the scope of the original game introducing new ways to traverse the battlefield and take down Titans. It also faithfully adapts the storyline of the third season of the anime. Players that play through these games just for the story missions alone may be left a bit disappointed but for those that enjoyed the gameplay loop of AOT2 and get a kick out of levelling up your character and unlocking new gear, you’re in for more of a good thing.