Over the years there have emerged a small number of developers who have earned a large following of loyal fans that are attracted to their work because of their unique idea’s and story telling ability. One developer, Goichi Suda, better known as Suda51 has gathered a large following due to his stylistic choices, crazy narratives and ability to create many cult-hit titles.

The latest game The 25th Ward: The Silver Case, developed by Grasshopper Manufacture is a PS4 remake of a mobile title of the same name released in 2005 and acts as a direct sequel to the 1999 release, The Silver Case. It contains many of the signature Suda51 attributes but falls short of being a great game due to some of its gameplay choices and dated systems. 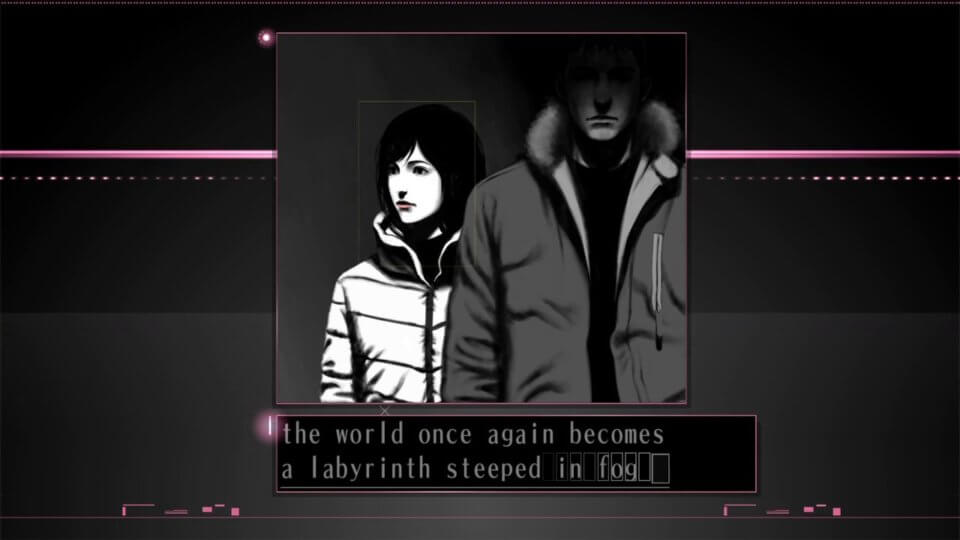 The 25th Ward is set several years after it’s predecessor The Silver Case, which was also remade for PS4 and released last year. I would highly recommend playing through that game prior to jumping into The 25th Ward as there are story links and references that will be lost on you if you haven’t experienced the first game. But having knowledge of the first games’ events will only get you so far. This story is still a twisted creation out of the mind of Suda51 and can quickly become very convoluted at times.

The main story of The 25th Ward as a whole is one of the games highlights. Full of interesting twists and turns, shocking moments and well written characters. The main narrative is broken up into three separate parts, with each part containing 5 chapters each. These chapters vary in length and can be anywhere from 40 minutes to around an hour and a half. Each part focuses on a different aspect of the overarching story and is told from various perspectives of different characters. You really need to complete all the parts of the game to get the full payoff of the story, but even once you’ve reached the end there are a ridiculous amount of endings you can earn based on certain decisions made. 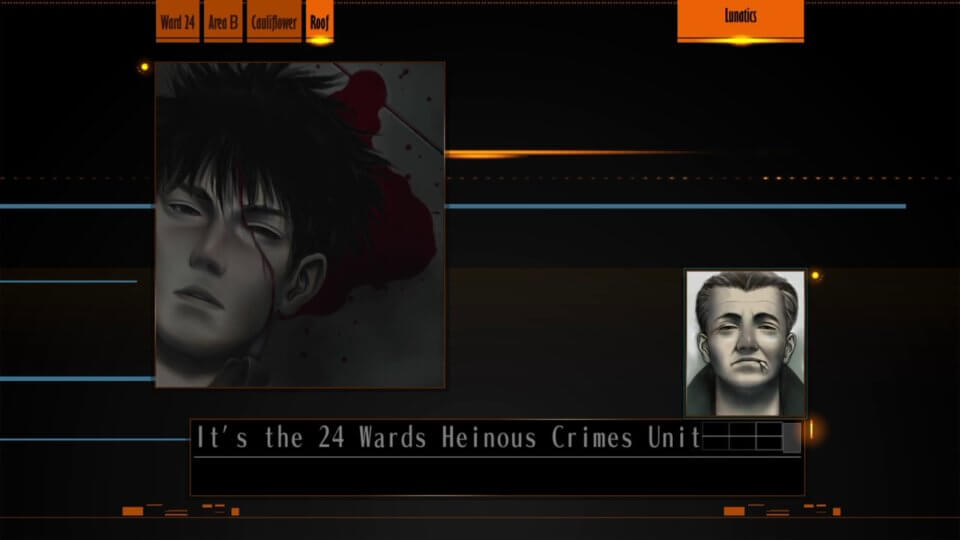 Now while the story can be really great at times, there are sections where the pacing comes to a grinding halt. Due to the text based visual novel story telling approach The 25th Ward uses, chapters containing extensive back and forth dialogue start to become tedious. Especially when the dialogue goes off on lengthy unrelated tangents that offer little to no payoff. This occurs numerous times throughout the whole experience which does affect the overall flow of the game and I would have loved it more overall if the narrative was more streamlined.

The main gameplay of The 25th Ward as mentioned is presented as a visual novel. Most of your time with the game will consist of reading a piece of the story, completing a puzzle, turn based encounter sequence or exploration section to get to the next cutscene for more story.

The game does a good job of presenting you with some cleverly thought out puzzles you need to solve. They are challenging for the most part, yes there are some with solutions that are staring you in the face and offer little challenge but after completing most of the puzzles you’ll feel a sense of accomplishment which I really enjoyed. 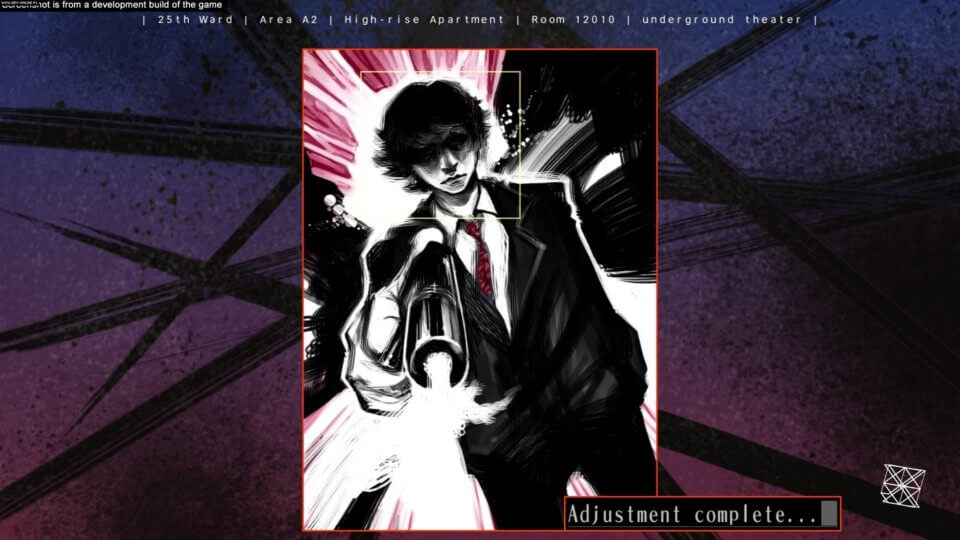 One of my main problems with The 25th Ward is that it doesn’t feel like a product of this generation, with many of it’s systems and gameplay feeling quite dated. I understand this is a port of a game that was originally intended for mobile devices but this is a complete remake for a current generation console and over all I don’t feel enough was ‘remade’. It’s a tough struggle when remaking a game as I understand the developers intentions are to keep it as faithful to the original game as they can. This remake of the 25th Ward contains zero voice acting, which it is really crying out for. Instead we are left in many sequences in complete silence bar the text dialogue tone that sounds like someone trying to break the world record for hitting the most keys in the shortest time possible on a mechanical keyboard. After listening to this for around 15 hours with no way of turning the tone off my patience was wearing thin. Having the characters be voice acted would have alleviated this issue and would have been a great selling point for this remake. Even if it included options to remove the voice track for those purists out there that would have preferred a version closer to the original. 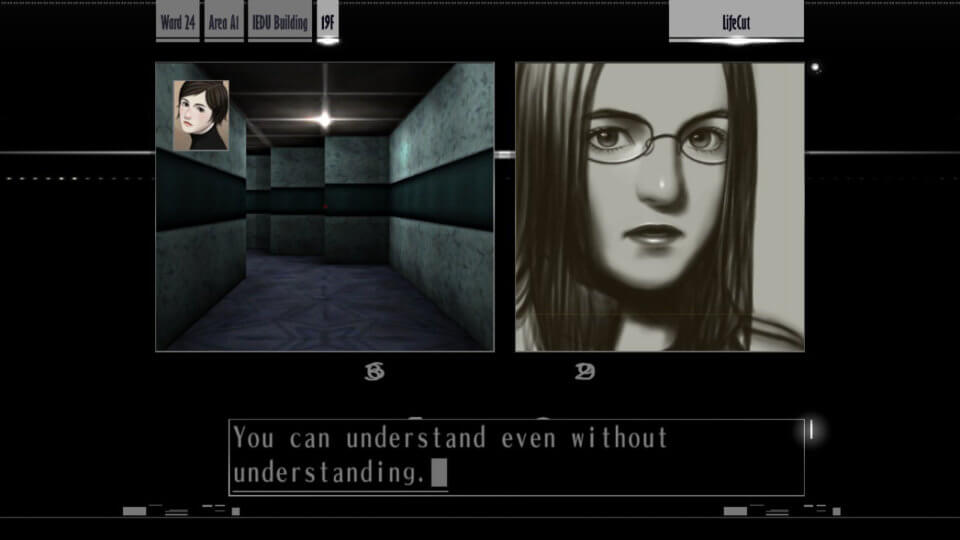 The 25th Ward: The Silver Case is not without some flaws. But the twisting story, puzzle design and its cast of characters make it a title worth playing, especially if you have played The Silver Case. It’s limited gameplay choices feel dated and the whole game lacks voice acting which for this modern remake holds it back from being a great game from the mind of a great writer.

A PS4 review code was provided by Bandai Namco Australia for our The 25th Ward: The Silver Case PS4 Review.