One of the booths at PAX Aus that had a constant line up for the whole three days was Resident Evil 2. And for good reason. Not only did I really enjoy what I played, but Capcom went the extra mile and created a large booth experience for the game at PAX. With the booth itself made to look like the outside of the Racoon City Police Department.

Before entering the closed off booth, players were handed a small torch that just like any torch in a horror movie would start to blink when you needed it most. I was lead through the first door, proceeded down a hallway and before entering a second door on my left I was met by a zombified man in a police uniform who reached at me through a cage-like whole in the wall. 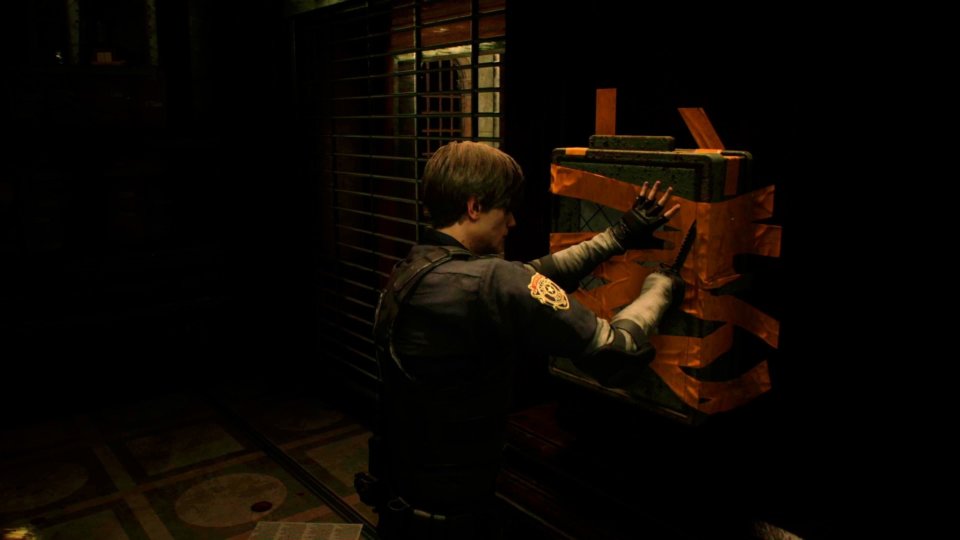 After going through the second door I reached the play area, set up with numerous stations to play the game and started my demo.

This remake uses Capcom’s famed RE ENGINE and you’ll notice pretty much right off the bat that the game looks fantastic. Materials and textures look and act in realistic ways, character models don’t slip into the uncanny valley and the gore is rendered in a way that it shines and actually looks wet and sticky when you see it on-screen. 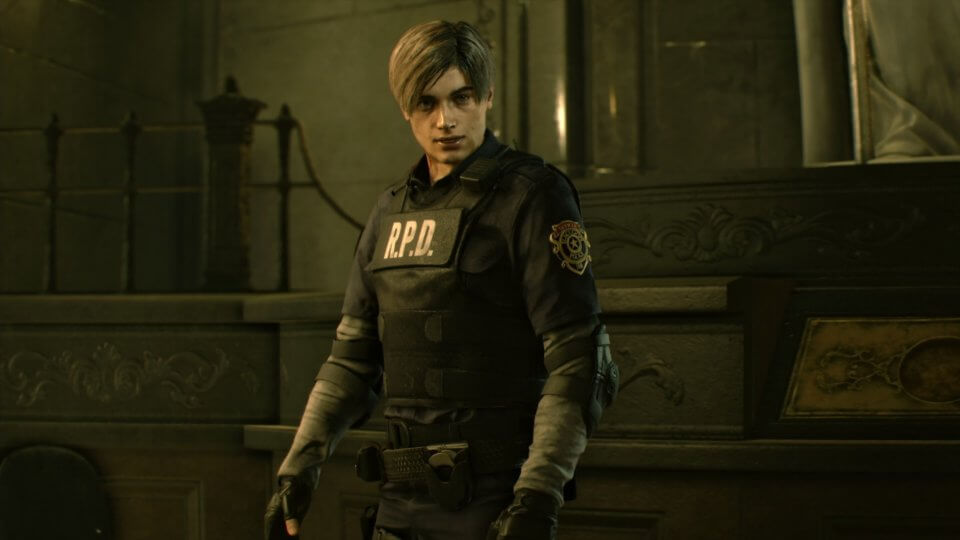 The final game features 2 playable campaigns that allow the player to witness the events of the story as either Leon Kennedy or Claire Redfield. The build I played only had Leon playable though.

The demo takes place inside the Racoon City Police Station and the main objective is to locate a way out of the station. To do so you’ll need to solve a puzzle that requires you to input the correct symbol sequence on three separate statues located throughout the station. But to locate the correct sequence you’ll need to solve smaller sub-puzzles that allow you to open locked doors, locate secret passageways and ultimmately locate the diary that will reveal much of the info required for the larger puzzle.

But it wouldn’t be a resident evil game if you were just wondering these halls alone. Of course you’re going to be crossing paths with numerous zombies along the way, keeping you constantly on your toes and forever wondering what’s going to be around the approaching corner or through the next door. 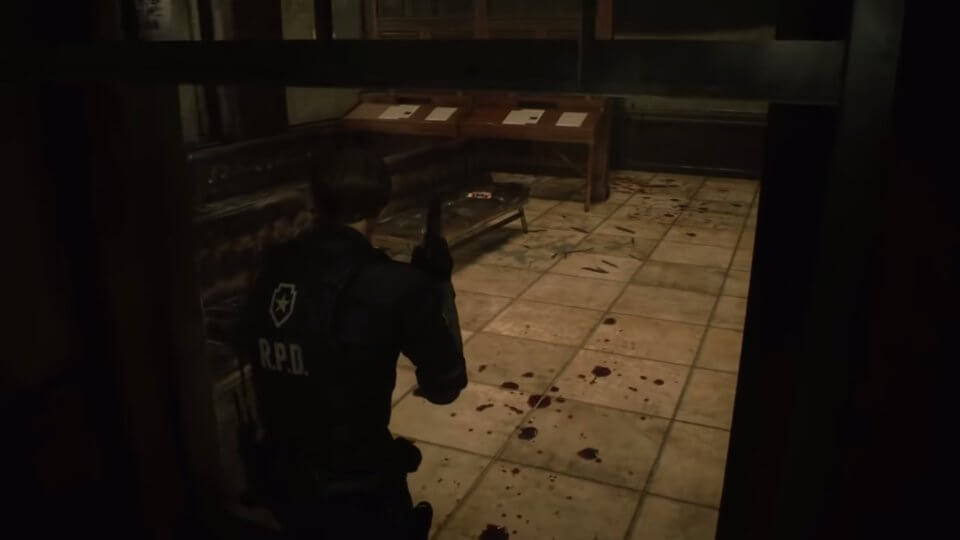 I never felt safe at all during the demo. Not only because ammo in the game seems quite scare but because it takes quite a few we’ll placed shots to drop a zombie. And just because you managed to make it hit the floor doesn’t mean it’s dead (or undead-er). A number of times throughout the demo I watched a zombie I had thought was dead get back up moments later and try to make me it’s lunch. Around half way through the demo I received a combat knife which definitely comes in handy when ammo is low but required me to get far closer to the zombies than I ever wanted to be.

The biggest change-up in this remake when compared to the original is that it no longer features a fixed camera and tank controls. The camera now gives an over the shoulder point of view, pretty much exactly like what we got in Resident Evil 4, it’s able to be moved around freely using the right stick. The controls have also been updated to fit today’s gaming standards too. No more tank controls here. I did find the aiming to be incredibly sensitive during the demo and I was having a hard time getting shots off accurately. I had to lower the sensitivity in the game’s settings to be able to feel comfortable playing. It’s hard to say if this was the game’s default or if it remembered the settings of the person that may have demoed the game before me. But after lowering it down the game felt great to play. 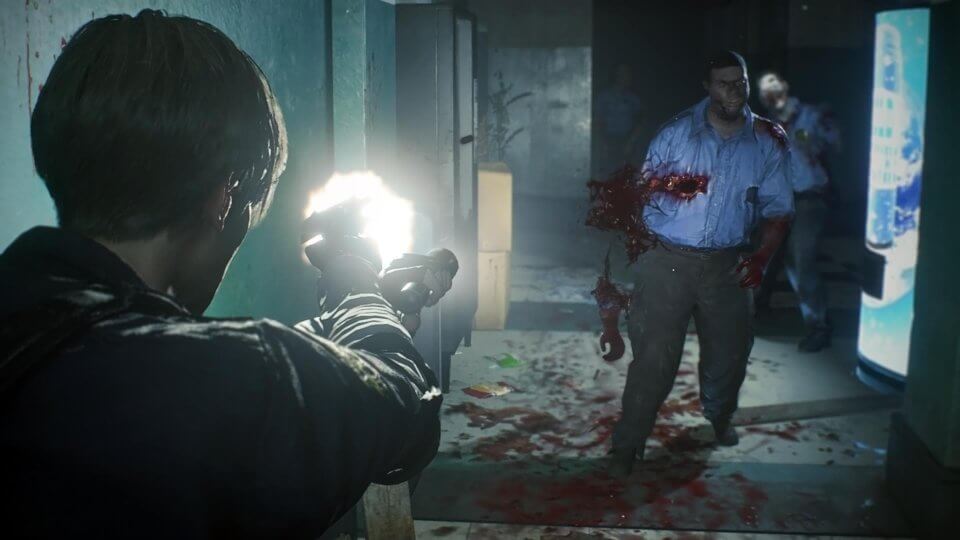 Fans of Resident Evil 2 should be really excited for this remake. Not only has it taken a classic game a brought it into the current age. Using the updated RE ENGINE to not only look visually stunning but feel great as well. It has also been confirmed that level layouts and zombie placements have been tweaked around a bit so even die hard fans will get some scares and ‘new’ things to see and do.

Resident Evil 2 Remake launches on the PS4, Xbox One and PC on January 25th 2019 and based on this demo I’m really looking forward to playing more.