Last year I played a PSVR game that was pushing the boundaries of what a VR experience should be and I thought I wouldn’t get anything like it again for a long time. That game was Moss, a third person action adventure title. Thankfully I was wrong and Sony’s Japan Studio have released Astro Bot: Rescue Mission. A game built exclusively for PSVR that replicates everything I loved about Moss but pushes things even further to result in it taking the top spot for my favourite VR experience to date.

The story of Astro Bot: Rescue Mission is fairly straight forward, there’s little spectacle when it comes to the game’s narrative but the wow factor comes with the moment to moment gameplay. The story sees a ship of robots attacked by a large alien resulting in the inhabitants of the ship being scattered across numerous worlds. Together with Astro it’s up to you to traverse the stages in each world and rescue the missing robots. Facing off against a large number of enemy bots and bosses throughout your rescue mission.

Astro Bot provides a delightful adventure but if it weren’t for the VR aspect of the title, Astro Bot could easily be written off as a run of the mill 3D platformer. But by putting you right in the middle of the action and using the VR hardware in clever and immersive ways it has become one of the best gaming experiences I’ve played in recent years.

The game is extremely immersive and you are as much of a character in the world as Astro. With you physically able to move around to see hidden parts of the stages and access new areas by breaking down obstacles blocking your path with a swift headbutt. Actions like this make it feel like you’re really in the world with Astro and an important part in helping him achieve his mission. 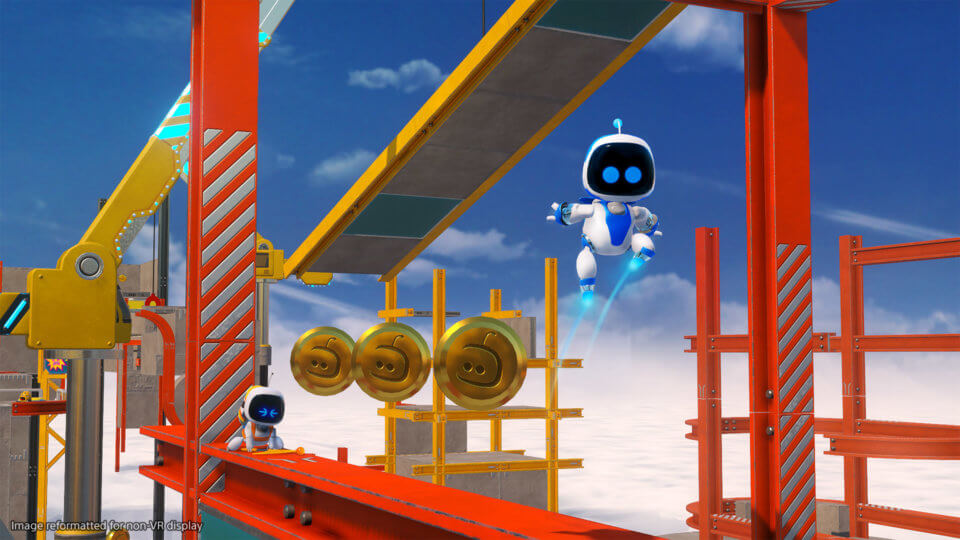 But you aren’t just controlling Astro through the platforming puzzles within the stages. You also need to keep an eye on the environment yourself as there are enemy robots and creatures that will attempt to attack you personally, forcing you to physically dodge out of the way to avoid being struck. If you aren’t successful avoiding the attack you’ll receive a vision handicap with the enemy strike leaving your screen covered in slime or looking like broken glass, requiring a quick shake of your head to reset things back to normal. All the while you’re still responsible for keeping Astro safe and continuing to progress through the level.

Astro Bot takes place over 5 different worlds, each consisting of 4 stages and a large scale boss fight. But there’s also a lot to do outside of the core objective for each stage. There are numerous robots to find and rescue in each stage, secret areas and treasures to locate and challenge levels to play. Astro Bot does a really good job at trying to keep you immersed inside your VR headset for a long time. And I was happy to do so because the game feels so good to play, was constantly clever and fun and had me smiling all throughout the experience.

You’ll also earn upgrades along the way that give you new abilities, allowing you to interact with the world in numerous ways via the Dualshock controller. You’ll use the traditional controls to move Astro throughout the level but using the upgrades that utilise the touch pad allow you to release a grappling hook to create a tightrope between areas, launch shurikens that can cut down parts of the environment, help defeat bosses and create new platforms to manoeuvre the levels and squirt a water shooter that helps new parts of the stage form and grow allowing you to pass through to new areas.

The bosses at the end of the worlds are large in scale and require you to cleverly use the skills you’ve learned up to that point to work out how to defeat them. I was often in awe while fighting them purely due to their size and the immersiveness of VR that made me feel like I was really there fighting with Astro.

Throughout my time with Astro Bot I did run into some minor bugs. Numerous times throughout the adventure I would need to re-calibrate the camera after it became stuck looking at another part of the stage and I even managed to get Astro stuck in the environment once and couldn’t get him out no matter what I tried which resulted in a restart of that stage. These bugs didn’t really detract from my experience too much as re-calibrating the camera is often required in many VR titles and while it was a minor annoyance in the moment I quickly moved on and forgot about it once the fun factor of the game kicked back in. 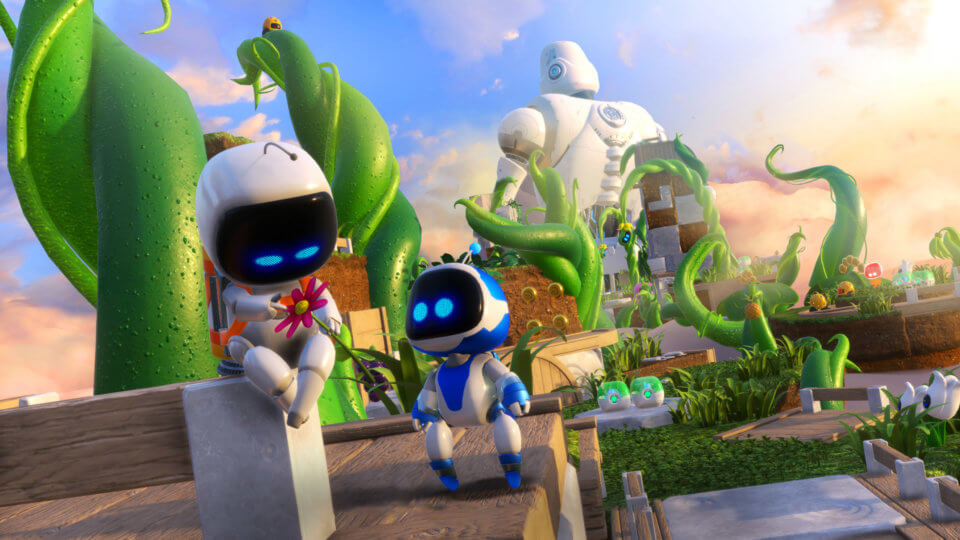 Astro Bot: Rescue Mission is an immersive masterpiece and an absolute must play for anyone that has a PSVR headset. It’s the best use of the PSVR hardware so far and I hope future VR developers realise how great 3rd person focused adventures like this and Moss are. It was an absolute joy to play through and as I mentioned in the review I had a smile on my face for the majority of the 8 hours it took me to beat the game. I can’t wait to experience a VR experience that overtakes this as best VR game but until then I’m going to remember my adventure with Astro quite fondly.

A PlayStation 4 review code was provided by PlayStation Australia for the purpose of this review.