Upon entering the venue for PAX Australia, I knew exactly what I had to make my way to first. Kingdom Hearts has been a staple part of my gaming life now for 13 years and with the third mainline entry available here to play for the first time in Australia I knew it was the perfect way to start off my PAX for 2018.

The build at the show was the same build that was shown off at the LA Premiere Showcase event and E3 earlier this year. It contained both the Rock Titan boss fight at the Olympus Coliseum as well as a story mode segment from the Toy Box world.

The demo begins in Andy’s room, which looks just as good (possibly even better) than it did in the Toy Story films. Here we get to see the staple cast of toys from the films conversing together before they spot that their world has been invaded. Not only by a bunch of Heartless but Sora, Donald and Goofy too. 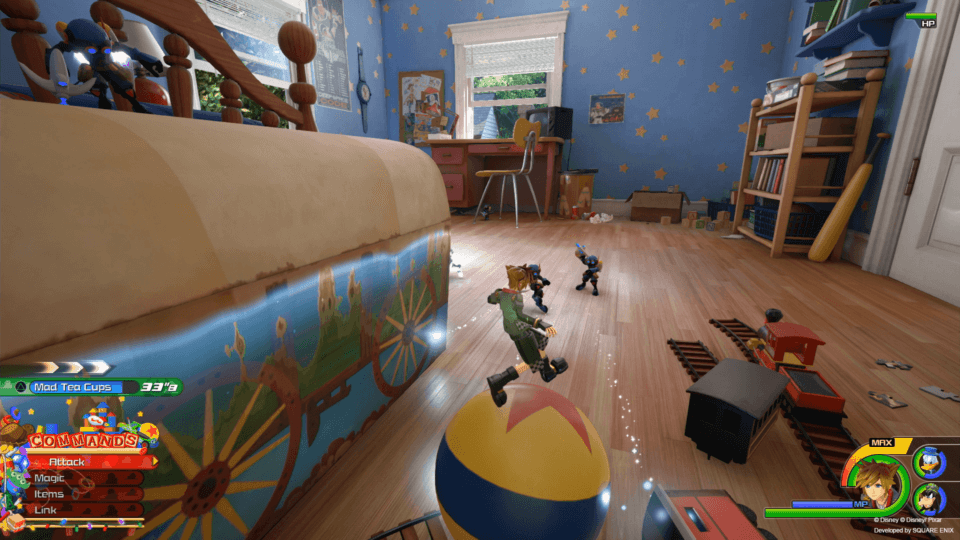 We find out that the other toys (besides the main cast of Toy Story) along with Andy and Molly have all disappeared, leading to Sora and the gang having to convince the other toys that they’re on their side and will help them find the ‘mysterious man in the black coat’ and find out what’s happened to the world.

A good chunk of the Toy Box demo was made up of cutscenes but it was great to see the characters from the Toy Story universe interact with Sora, Donald and Goofy for the first time.

I did notice that it sounds like Tom Hanks and Tim Allen haven’t reprised their roles as Buzz and Woody but the actors that have taken over are very good voice matches and I think many people won’t even notice because the performances they give are top notch.

In this world Sora, Donald and Goofy take the form of toys, which has always been a nice feature of the Kingdom Hearts games, where the main cast take on characteristics of the world or environments they are visiting. But they don’t just look like toys, they are toy sized as well. This gives the Toy Box world an incredible sense of scale as everything you run past whether it be a ball, the bed or cars on the street seem massive by comparison.

Kingdom Hearts 3 takes battle mechanics from the various side games released between Kingdom Hearts 2 and 3, refines them and has them available to use in Kingdom Hearts 3. This includes navigating the worlds and battling using Flow Motion which was introduced in Dream, Drop, Distance and the Shotlock ability from Birth By Sleep.

Everything in this preview build felt so smooth, fluid and polished. Running around the world, sliding down rooftops and twirling through the air juggling enemies in aerial combat just felt right. It was a great vertical slice of the game. If the rest of the game is treated with the same level of care we’re going to be in for a memorable experience when the full game launches next January.

The game looks gorgeous too. The character models, particle effects, the way the magic looks and acts like real fire and how the Shadow Heartless dissipate into a puff of smoke when defeated shows a greater focus and attention to detail than we’ve seen in any prior Kingdom Hearts titles.

After defeating the Heartless in Andy’s room I was able to jump out the window, slide down the roof and down onto the street with the goal of heading to Galaxy Toys. It’s here that I got my first look at the larger, open world-esque design of Kingdom Hearts 3. While they have said the game isn’t a traditional open world, but instead made up of larger open environments, much bigger than what we’ve experienced in any Kingdom Hearts game before it still seemed large and filled with plenty of detail and things to find.

Upon hitting the end of the street we reach the entrance transition for Galaxy Toys. Initiating another cutscene. 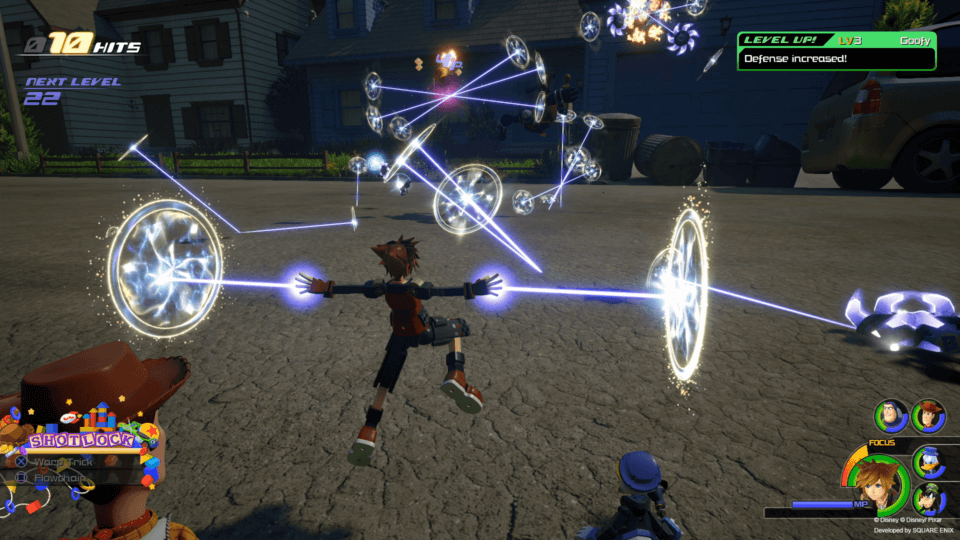 It’s here we see that young Xehanort is behind the troubles the Toy Box world is facing and find out that his plan involves making a copy of the world and then ripping it apart for some reason that may become clear in the full game? It’s a Nomura story so who knows. He then summons a group of Heartless that operate a new larger, robotic style Heartless called Giga’s. This leads into another combat scenario where we too get to pilot a Giga mech and fight using a first person shooter system that hasn’t been used in the series before.

After clearing out the numerous Heartless and other Giga’s the demo concludes.

One thing I did notice in the demo build was that the load times seemed to be on the lengthy side. Both times I was hit with a load screen it was followed by a lengthy cutscene. So it may have been loading that, or been preparing the larger environments featured in Kingdom Hearts 3. But what I played was an old build and the game is still some time away from launching and will likely be optimised and reworked before release so it earns the benefit of the doubt for now.

This game feels like it could be the best Kingdom Hearts experience yet. Taking the staple systems, the feel of the gameplay and lessons learned in the previous titles and bringing it all together to produce a modern Kingdom Hearts game fit for the current generation.

As long as the game has a cohesive story with a fitting conclusion I think I’d be confident saying it could be the best Kingdom Hearts game yet. It’s been a long time in the making, lets just hope that they’ve been taking the time to make sure the game is great. But based on what I played, if this is indicative of the full game it will be remembered for many years to come. 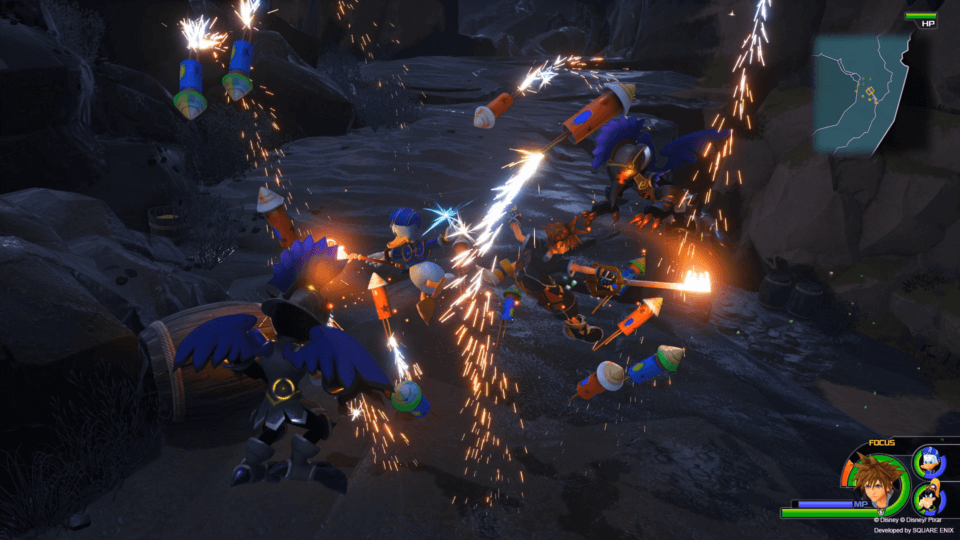 No gameplay capture was allowed at the event, but if you want to see the same demo you can check out this video below by Youtuber Arekkz Gaming