Spoiler Warning: This review does contain minor plot information detailing the opening and setup for the story, as well as some minor details for some of the realms. If you are sensitive to spoilers or would prefer to go into the game knowing absolutely nothing about the plot or the world, just know that so far Tales of Arise is … Read More

NEO: The World Ends With You Review

Growing up, I was obsessed with JRPGs, primarily those that were developed by Square Enix, and especially those that featured Tetsuya Nomura’s creative flair. And after spending years at that point obsessed with the Kingdom Hearts series, when I first saw The World Ends With You sitting on the shelf it caught my eye immediately and became a staple game … Read More 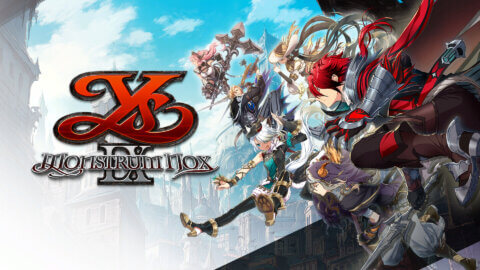 The Ys series has been gracing screens across the word since it’s inception in 1987, yet until just a few years ago, it hadn’t broken onto my radar in the same way other JRPG series’ such as Final Fantasy or Dragon Quest had. When I initially jumped into an Ys title I was almost instantly engaged by their core gameplay … Read More

Although it’s far from a new franchise, over recent years the Yakuza series has been getting more and more popular with fans in the west. And for good reason. You only have to spend a small amount of time with any of the games to see where the appeal lies. They contain great depictions of Japan and it’s culture, zany … Read More

Anime games typically lend themselves well to video game adaptations. There’s no secret around that. Especially if the source material it’s based on is fairly action packed or has hundreds of episodes of story to pull from. Just look at the plethora of Dragon Ball and Naruto games that continue to be incredibly popular even though their core series’ ended … Read More

The Final Fantasy series has been on an absolute high for the past few years. Between their mainline new releases such as Final Fantasy XV and 7 Remake and the numerous remasters of their classic catalogue, the best suite of Final Fantasy titles has never been easier to access and play. The next title in the franchise, soon to get … Read More

If you were to ask me what Nintendo console had the strongest lineup of games, while instinct would initially push the SNES into the front of my mind, if I was being honest, it would undoubtedly be the Nintendo Switch. Not only does it have some of the strongest exclusive titles of the past 3 years, it’s also the home … Read More

In the world of video games, there are very few titles in the grand scheme of things that continue to be talked about and regarded as iconic games years or even decades after their original launch. Final Fantasy 7 though is undoubtedly one title that fits the bill of ‘iconic’ games perfectly. Maintaining a very strong and passionate fanbase that … Read More

The Persona series, while hardly a new franchise has seen massive growth in the past few years. It had already been on a steady climb after 2008’s fantastic release of Persona 4, but things went to another level back in 2017 when the long awaited Persona 5 finally launched. It’s engaging setting and well rounded characters lead to numerous spin … Read More

There’s no denying that JRPG’s are one of my favourite video game genres. They’ve earned that spot thanks to their ability to tell long yet gripping stories, because they’re normally packed with deep and interesting characters and because many of them have an anime inspired art direction, which is one key aspect that draws me in, due to my love … Read More