PlayStation were showing off some incredible things at their booth at this years’ PAX and I was so glad to see that after quite a few years since the initial announcement, Media Molecule’s upcoming game Dreams was playable and given some love at the event. Not only could attendees go hands on with Dreams, they were also running lengthy developer demos in a cool bean-bagged area on the show floor called the Dreams Dome.

I’ve been a supporter of Dreams since it was first announced and I saw what the tool was capable of creating by tuning into a few of Media Molecule’s online developer streams. It opens up the world of video game creation to literally everyone (with access to a PS4) and suits those of all skill levels. Anyone will be able to Dreams to Play, Create and Share and work collaboratively with each other. Whether you want to make a small passion project for yourself, something you want millions of others to play or be a part of a large collaboration with other creators and work on something massive. The opportunities within Dreams are endless.

I was lucky enough to be able to join Ryan from thePopCulturists and got to ask Media Molecule Game Designer and Programmer Daniel Kidney some questions about Dreams. You can read excerpts from the interview here or can check out the video version of the interview linked at the bottom of the page. 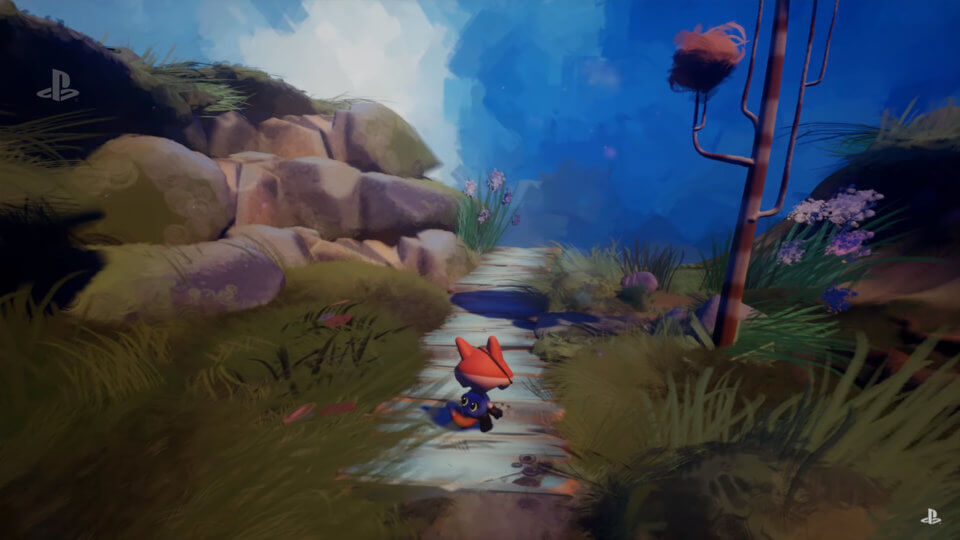 We are sitting in the dreams dome at PAX Australia 2018 how are you doing man?

I’m doing well. Getting through, it’s been a great audience of people to demo to.

How has the reception of dreams been so far here?

It’s been really good. Lots of light bulbs have come on. Dreams is something that’s really hard to explain in words but it’s good to see that once I get to show it and introduce people to it, they’re like “oh!” and they start to see what you can do with it.

So you’re seeing a lot of those light bulbs come on and the cogs turn in people when they come and sit here in the sphere?

Yeah there’s definitely a lot of people that just leave with their eye’s wide open and thinking about all the things they can do and asking really good questions like ‘how can I do this?’ or ‘how would Ido that?’ yeah it’s really good. 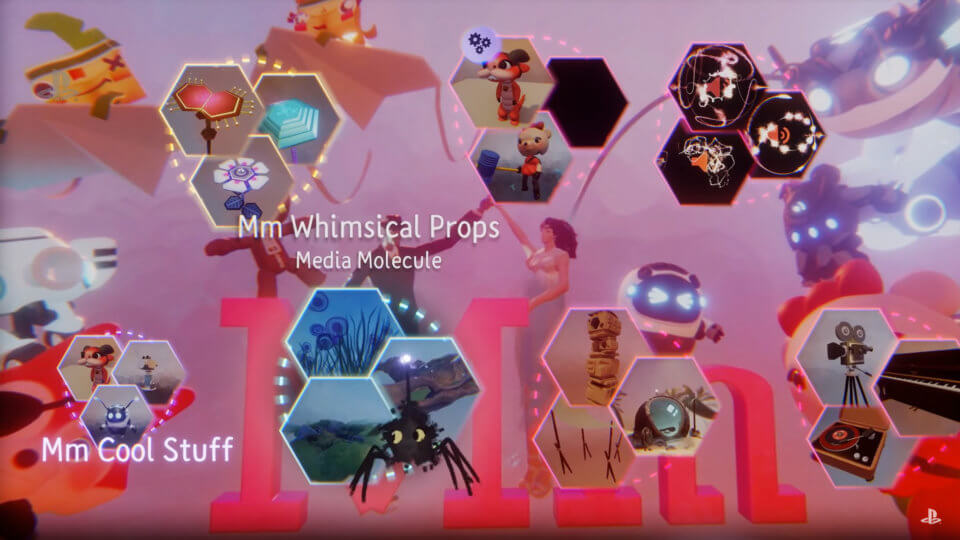 Personally I’ve spent the last X amount of time thinking I don’t know how Dreams would work as a game. However after sitting in here and seeing it I see it’s bigger than that it’s bigger than just a regular game it’s essentially a toolset.

Yeah so I mean it’s gonna be like a whole ecosystem of creativity. We’re making a game within the game. And we’re selling it as a game because we want people to know they can play stuff. We can’t be like “oh it’s a game engine with all these other tools and you never need to leave it. You just make all of this stuff”. That’s too much of a mouthful. we have to be like “Hey look this is a cool game and also you can make other stuff like it and not like it and it’s amazing”.

So as you mentioned that has been the biggest hurdle? Trying to get people to really understand what’s going on?

Yeah I mean if you look at what we’re doing with streams and what we do at shows, we tend to do a lot of demos. We do demos like what I’m doing here and all of our demos in other places because we need to show people. They need to see us using the PlayStation controller and and make cool stuff. It’s a really hard game to show at these kind’s of things and that’s why we’ve got this dome rather than just a row of of kits.

As you mentioned you’re bringing over the slogan from from LittleBigPlanet to Play, Create, Share. Is that the same motto coming into this game as well? Is it being handled pretty much the same?

Play, Create, Share is just a good slogan. I’m not really sure if it’s what we’re going with like overall or what we’ll continue to go with but you know it’s just there’s a lot of little things I need to throw out there just to try and get a few more people to understand what this is going to be. And even I have to get to grips with what it’s going to be so I understand. 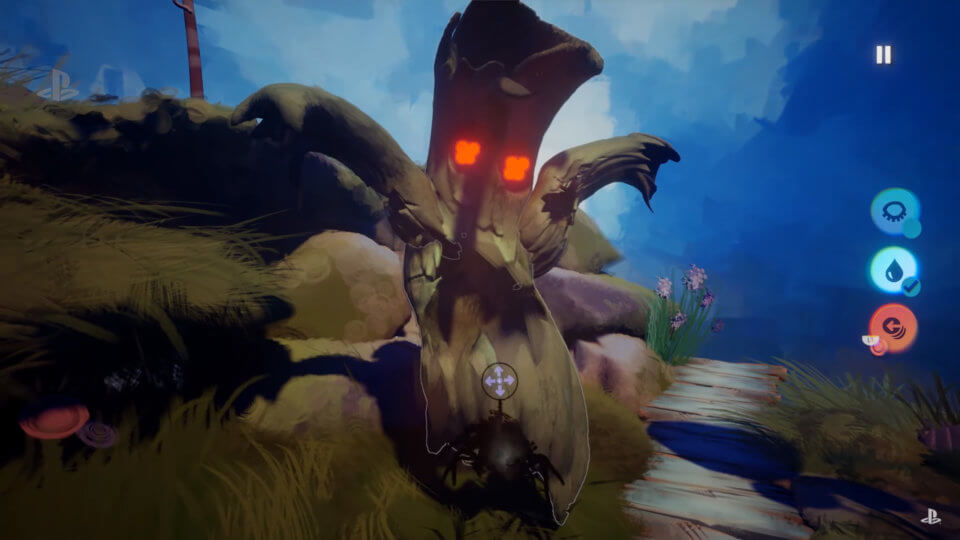 So in the GameInformer piece it does mention that this game is literally endless in what you can build outside of an MMO is it really that huge?

Well I mean I wouldn’t say it’s huge. I’d say it’s powerful like it’s a powerful thing. It’s flexible for me. I have made a bunch of different stuff. I have made a pinball machine, I have made a tower defense game I have made a game about cubes with swords fighting on a pirate ship, like a four-player multiplayer thing. I’ve made a poem to a tree called ode to a tree which was just like this weird thing where you sort of just go around this old tree and you’d click on things and it was sort of zoom in and zoom out and the time would change and it’ll be raining and there would be this sort of mournful music playing. Then it was a sapling instead of an old tree and you’d be like “what does this mean?” and the only thing you could do is lift up the umbrella that the person was holding above their head, it would sprout and then it would transition back to the old tree.

You can make weird stuff. You can make artistic stuff. The thing I’m really excited about, and we’ve had a few instances that have really spoken to me so far is the stuff that just wouldn’t exist in anything else.

There’s some stuff that you just wouldn’t make a game out of. You wouldn’t make it in unity or or any of the other engines because you’d need to justify the time. Whereas in Dreams you can just make something and spend like a little bit of time on it and make something beautiful, make a love poem, be like oh “Here’s my Mother’s Day present” and it’s this cool little thing that’s remenicent of something from your childhood.

I think the examples of that that we’ve got that some people might have seen is Please Hug Me which is just a weird quirky game where you’re trying to hug things and they won’t let you and they’re willing to jump off the ledge to get away from you and you’re so just going around trying to get them. And that was made by one of the video editors, not someone a part of the content team at all.

It just wouldn’t exist and it has this amazing sense of pathos and it just gets everything across succinctly within the game mechanics. 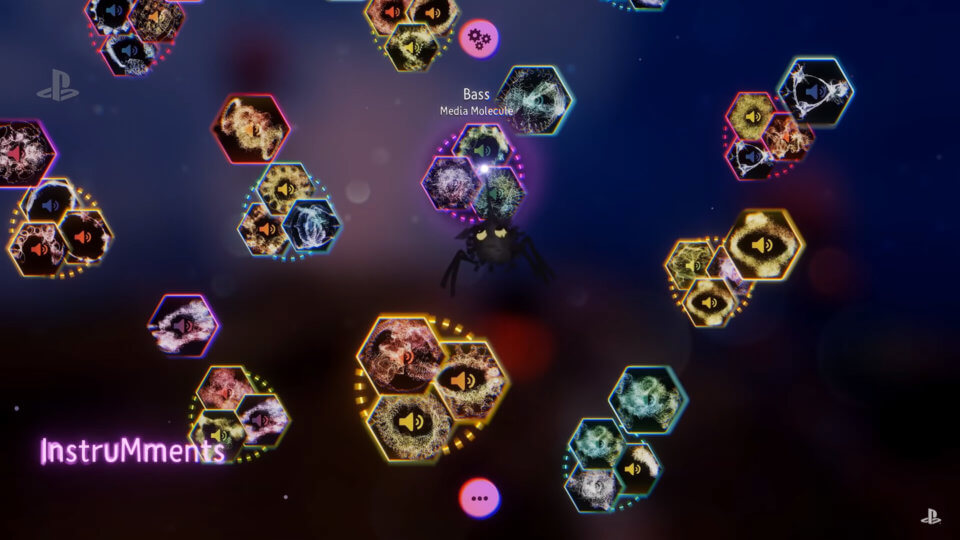 Another example is Doctor Rendezvous which is like this International Space Station game. You’re a shuttle trying to dock and it’s brutally hard. You have to use your thrusters and line it up and you’re running out of fuel and oxygen and stuff.

It’s really hard, but it’s a 5-10 minute experience and then it’s done. And there’s no way you’d make a game out of that, but it’s just poignant and hard and so like someone’s obviously crafted it with a lot of care. That was one of our web designers that made that.

One of the things you sort of mentioned in the little presentation you had here was the idea that you could go hunting within the community itself just to find music creators or people to help design some other things that you may not be good at. Have you been finding that to be the case internally as well?

On the curation side or like the the person that goes and picks things out, we’re trying to build an ecosystem of content right that’s self-supporting and beautiful and fitting of our LittleBigPlanet community that are these amazing, friendly, creative people and so like things like curation, just going around and finding stuff is a completely available thing to be doing in Dreams. We reinforce that sort of persona idea and what you’re doing and what you’re contributing. You can go and create stuff and you get XP for that. You can around a play stuff and get xp for that, comment on things and find bugs if you want. All in other people’s content. And that’s going to be all part of the ecosystem and it’s all valid because we’re trying to create this whole place. 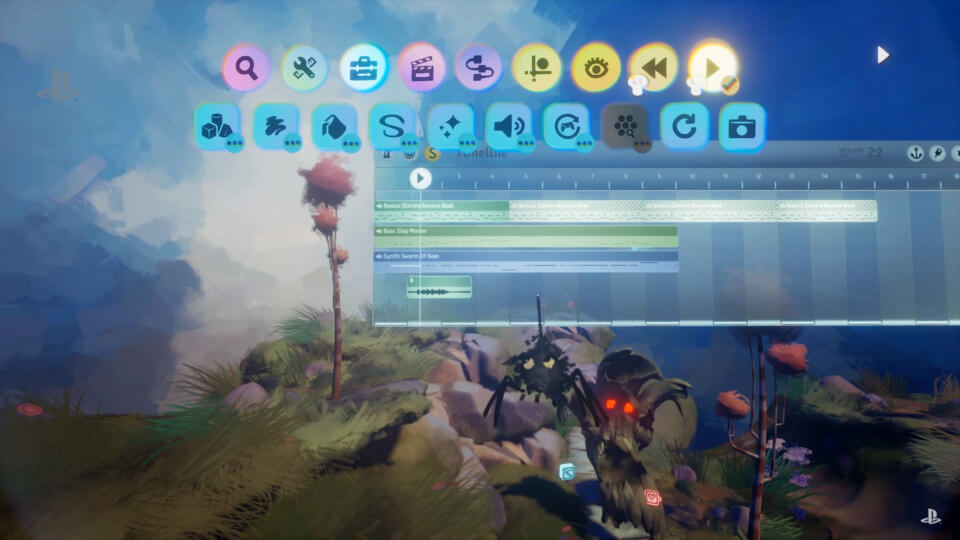 Another thing that’s been going around the loop is the idea of a beta and it’s been announced here and there. Are there still plans for a beta in the near future?

Now anything that’s made in the beta will that then be transferable to the full release?

That’s part of the reason why we’ve taken to along with the Beta. It’s because once we start we are not deleting anything. We’re not willing to let people come in and create something cool and then delete it.
So all the tech needs to be in place so that we can just go forward.

Check out the video interview below.

I was already on board but after witnessing the fine level of detail and the vast number of customisation tools available at your disposal I’m more excited than ever to jump into Dreams, sit down and try and make something really great.

Dreams doesn’t currently have a release date but when more information about the beta becomes available you’ll be able to find out about it and read my impressions of it right here.