One of the games I was most excited to get a chance to try out at PAX was Sekiro: Shadows Die Twice. The latest creation from FromSoftware the creators behind the Dark Souls series and Bloodborne.

Sekiro is more than just Souls or Bloodborne with a fresh coat of paint though. It definitely still has some of their DNA running through the game, but it’s vibrant setting, new movement and combat systems and it’s interesting revival mechanic separate it from it’s sister series. 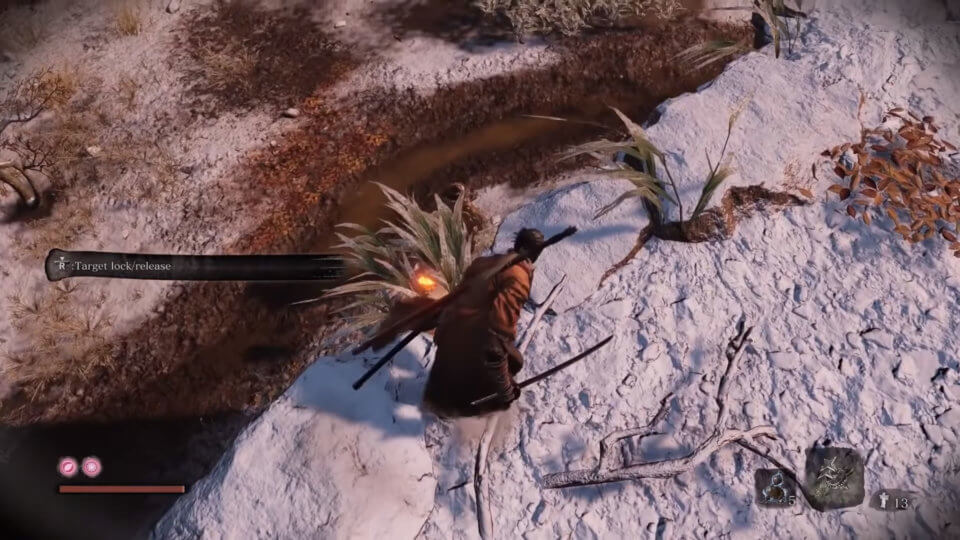 The first thing you’ll notice when jumping into Sekiro is that this game is so far removed from FromSoftware’s previous titles when it comes to art direction. Where Dark Souls and Bloodborne were very dark, grimey and Gothic settings, Sekiro has done a complete 180 and is set in a bright and lush 16th century Japan. This has allowed the team to show that they are capable of creating beautiful worlds that are enhanced by great lighting but still fills them with the dangers and monsters that fit the FromSoftware portfolio.

In Sekiro: Shadows Die Twice you play as a shinobi named Sekiro who is attempting to take revenge on a samurai who attacked him and kidnapped his lord. Veterans of the SoulsBorne games will still have plenty of new things to learn to overcome the ever present dangers in Sekiro, with the game featuring a number of new systems to master. Many of which involve using Sekiro’s prosthetic arm. 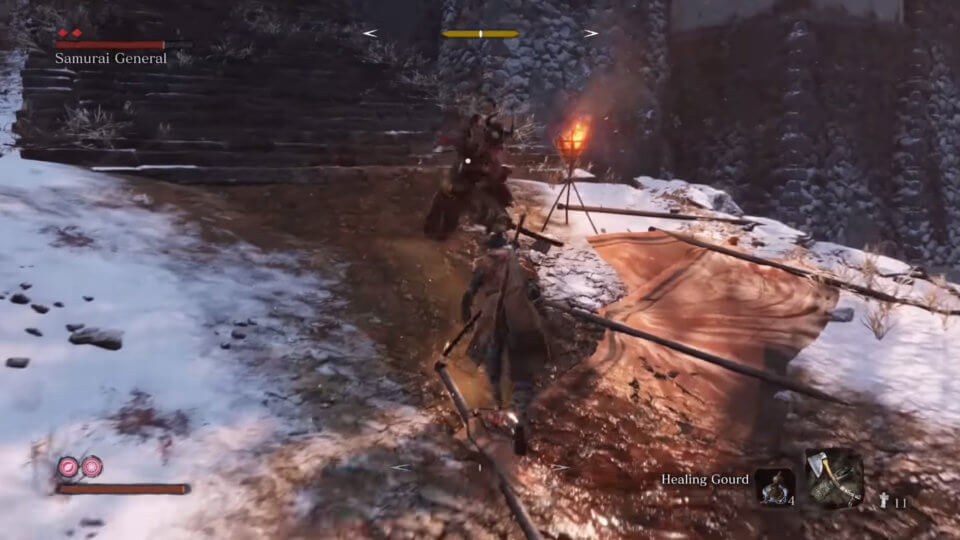 The first of which I used right of the bat when starting my demo. The grappling hook. This tool allows you to leap large distances which will be used often to traverse the world but can also get you zip out of a chaotic combat scenario and perch long enough so that you can take a second to breathe or down a potion. It can also be used within combat as well, allowing Sekiro to attach and pull enemies leaving them unbalanced and in a vulnerable state.

The next biggest changeup is the posture system. While the combat strikes are much faster than those in Dark Souls it’s no less methodical here. Both you and your enemy have a posture meter, and the more attacks you’re able to land successfully will lower the enemies’ stance and balance, eventually leading to an opening that will result in a single killing blow. This makes the combat a tense standoff between you and the opponent where you need to watch closely, look for the signs and know when to defend and know when to strike. But remember both you and the enemy have a posture meter so if you go all in sword swinging crazy it will likely result in a quick death for you. 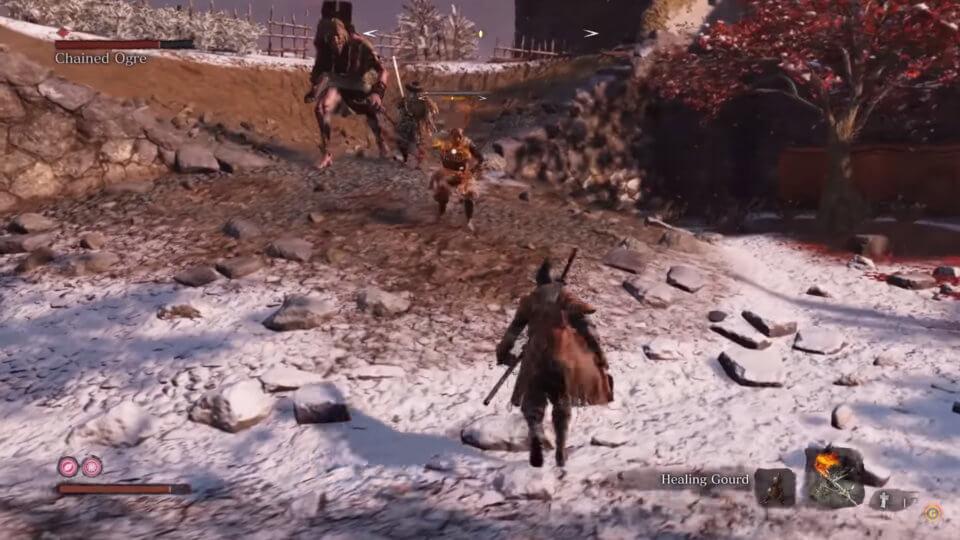 But death is sometimes only the beginning in Sekiro. It wasn’t until I played it that I realised what the Shadows Die Twice subtitle was referring to. When your HP hits zero you will ‘die’, at that point you’re given the option to die and restart at your last checkpoint or use a revival to be able to respawn right back on the spot you died and have another go at defeating the enemy that slayed you. You don’t get this option every time you die though, to earn back your revival you need to defeat an enemy after coming back from the dead. This system allows you to use death in a strategic way. Upon ‘killing’ you enemies will turn their back and walk away, providing you the best opportunity to revive and strike.

Sekiro also sports a prosthetic arm that is used like a multi-purpose tool. Switching to it’s axe mode will allow you to deal a slow but powerful blow that breaks through enemy shields. Switching to another mode allows you to unleash a burst of fire, causing enemies to be stunned for a short moment. Switching again will allow you to use it as a shuriken launcher allowing for long range damage to be dealt. There will likely be more options to switch between in the final game but it always keeps you thinking about what tool will best assist in taking down a specific enemy. 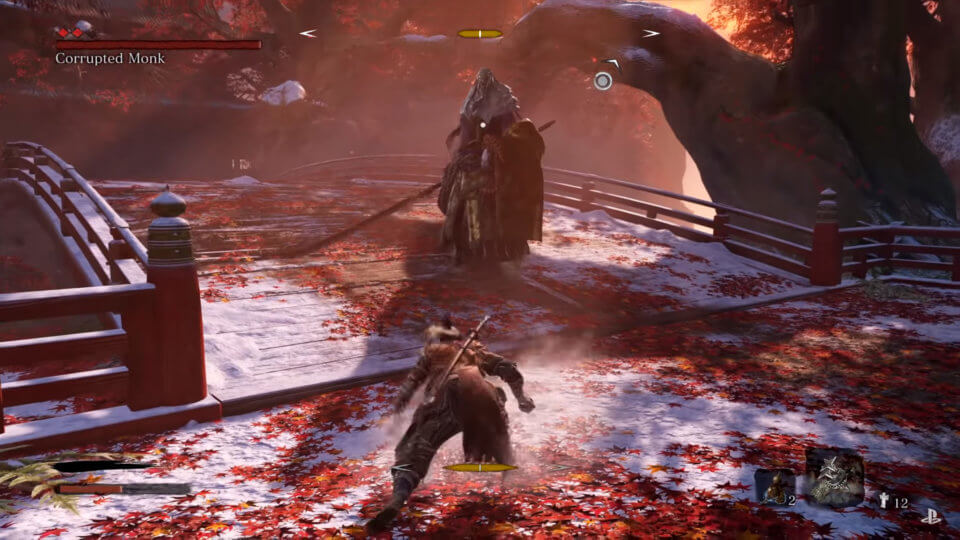 I really liked that the game in a way adopts the samurai way of thinking. Having you slow down in combat, respect and analyse your opponent looking for the best moment to strike and deal the single killing blow. But for those that think the game has deviated too much from what made the SoulsBorne games special, rest assured the incredible creature design and the high difficulty are definitely here. I was defeated numerous times during my demo and I’m certain that when the full game releases this shadow is dying more than twice.