Although it’s far from a new franchise, over recent years the Yakuza series has been getting more and more popular with fans in the west. And for good reason. You only have to spend a small amount of time with any of the games to see where the appeal lies. They contain great depictions of Japan and it’s culture, zany characters, crime drama involving numerous feuding families and combat that is both fast paced and often outrageous.

When Like A Dragon was originally announced many were concerned about the new direction the series appeared to be taking. Moving away from the much loved character of Kiryu, and shifting the combat to a turn based system had a lot of people worried. But thankfully, after completing Like A Dragon, there’s no doubt about it, it is very much a Yakuza game, featuring everything that made previous entries in the series so likable and taking the franchise in a fresh new direction. 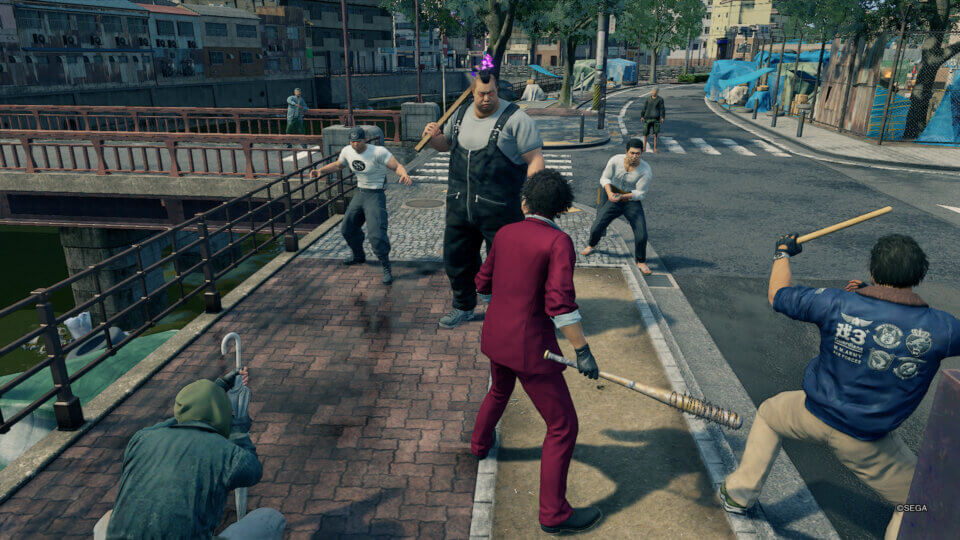 Without spoiling too much of the main story or new characters. In Like A Dragon, you play as Ichiban Kasuga, a low ranking Yakuza working for the Arakawa family. I know a lot of people were upset when they heard fan-favourite character Kiryu wouldn’t be taking centre stage this time around, but Ichiban really is an equally likeable protagonist. It becomes quickly apparent where his moral line is drawn and his standards, combined with his back story and upbringing had me attaching to his character early on in the story and wanting to see where he would go next. And while he does take the spotlight, many of the game’s side characters also have well developed stories and unique attitudes that bring a lot of added variation to the cast.

Yakuza Like A Dragon has to be commended for how brave of a title it is. Not only did they come in with a fresh slate of characters, they also scrapped the fighting system that has been continually iterated on over the previous Yakuza entries for a completely new system that incorporates a lot more strategy this time around. The combat in Like A Dragon no longer consists of an action based beat-em-up, opting instead to now use a turn based strategy system not too dissimilar from other JRPG’s from the Dragon Quest or Persona series. Which was quite funny to see as it’s mentioned numerous times within the game that Ichiban is a big fan of the Dragon Quest games. The closest thing I can compare how combat now plays out would be very similar to the modern Persona titles. In each round of combat you have the option to attack, guard, unleash special skills, use an item to buff attacks or heal and while being attacked you have the ability to try and parry the attack by blocking in real-time at just the right moment. It’s certainly a big changeup when comparing directly with other Yakuza titles, but I love strategy, turn based RPG games and the new system grew on me fast.

Even though Like A Dragon implements a lot of fresh characters and systems, it still feels very much like a Yakuza game. It’s packed full of quirky characters, insane encounters, crime syndicates and the hilarious silliness we’ve come to expect from the series to this point. 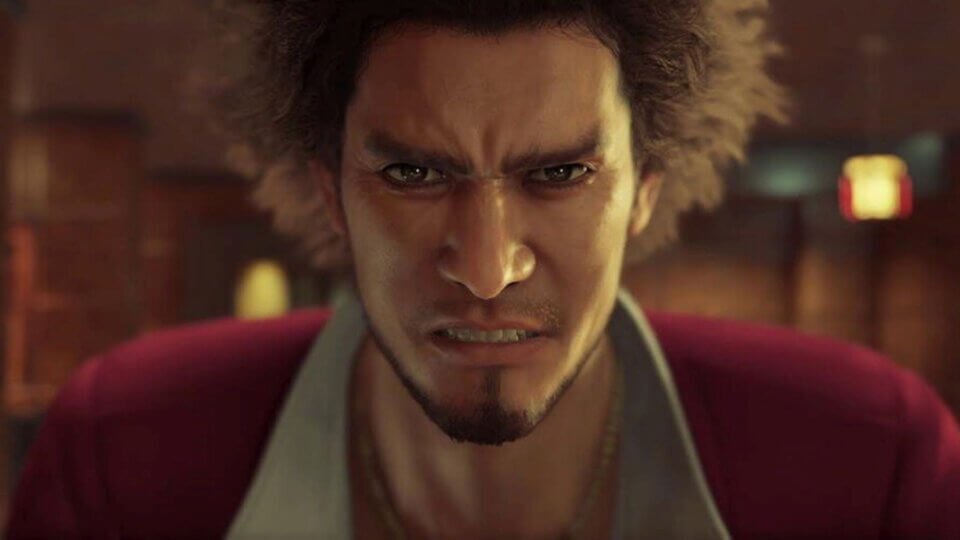 For the first time since the original Yakuza game released on the PS2, Like A Dragon features a full English dub, performed by some of the biggest names in the voiceover business. Character performances are great, believable and well performed and I liked the added touch of the character mouth movements matching the English words being spoken, rather than having it ‘dubbed’ in the more traditional sense over the top of cutscenes from the Japanese version of the game.

If you’ve never played a Yakuza title before but are looking to jump in and enjoy one, Like A Dragon is a great jumping on point. You certainly don’t need to have played any of the previous entries to be able to follow what’s going on here as it is a completely new story with a brand new cast of characters. There are nods to events from other games and cameos that will be appreciated by existing fans, but those that don’t have history with the series won’t be missing out on much and can easily understand the references with a quick google search if need be. 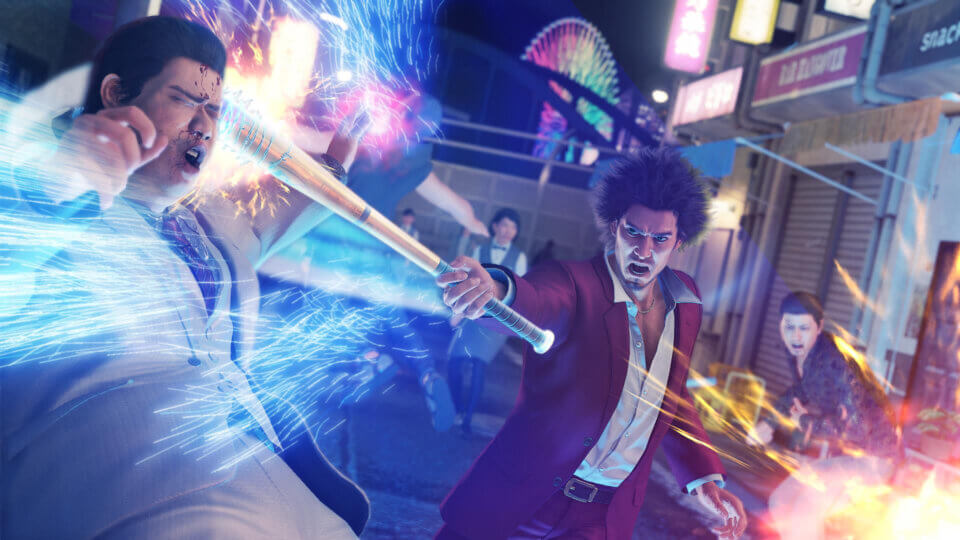 Outside of the engaging main story, Like A Dragon is full of some great mini games and side quests. There are over 20 different mini games for you to jump in and enjoy within Kamurocho. These provide some fun down time between main missions and I often found myself enjoying them far longer than I had planned. There are plenty of varied games to play but special shout outs go to the batting cages, darts, golf, karaoke and of course Dragon Kart, a kart racing mini game that is far better than it has any right to be.

There was only really one noticeable issue I had with Like A Dragon, and it actually reared it’s head in the final hours of my time with the game. Unfortunately there is a very noticeable end game grind and difficulty spike right toward the end of the main story. Right as the game appears to be winding up, it gets incredibly difficult, forcing a bunch of unnecessary grinding just so you can level up enough to overcome combat scenarios that really don’t need to exist. This artificially lengthens the length of the game to a detriment of the stories ‘ overall pacing, which for the most part is fairly solid, moving almost constantly from one interesting key story point to another until the area where it comes to a grinding halt. 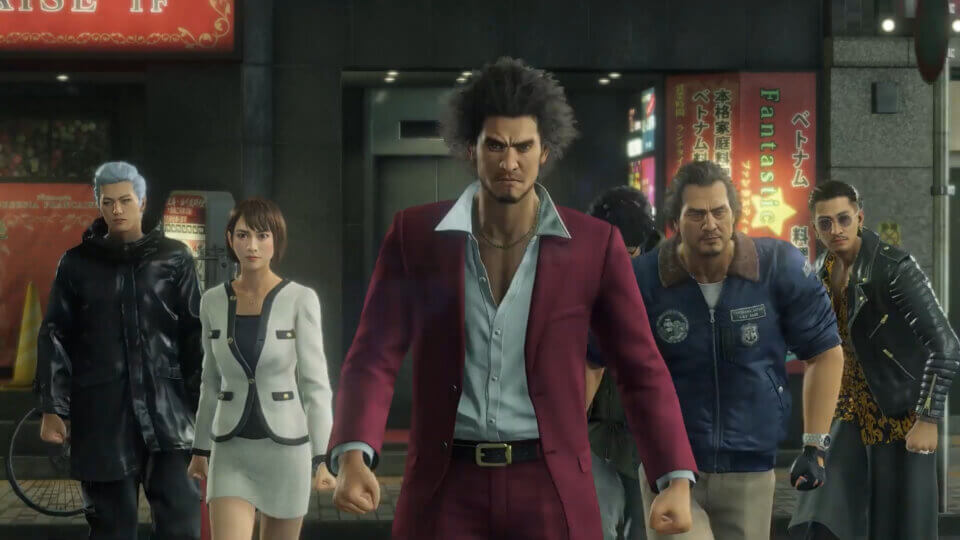 Whether you’re a Yakuza veteran or a newcomer to the series, there is a lot to love with Like A Dragon. It takes the series in a fresh new direction, tells an engaging story packed with quirky characters and has a fun and brave combat system. The overall presentation of the game is top notch, taking place in a vibrant and busy representation of Japan with a really solid English dub. The game does have some late game flaws that are certainly noticeable but if you’re wanting a new Yakuza game to check out, I whole heartedly recommend checking out Like A Dragon.