When The World Ends With You launched on the Nintendo DS back in 2007 it quickly became one of my favourite DS titles. It’s visual novel storytelling, combined with it’s stellar soundtrack and eye catching character designs by Tetsuya Nomura of Kingdom Hearts fame (my other favourite gaming franchise at the time) made it an experience unlike anything I’d enjoyed before. And now 11 years later, The World Ends With You has made it’s way to the Nintendo Switch providing a massive hit of nostalgia for existing fans while also allowing it to be picked up by a brand new audience. So you can now enjoy the stylish setting of Shibuya anywhere you go. 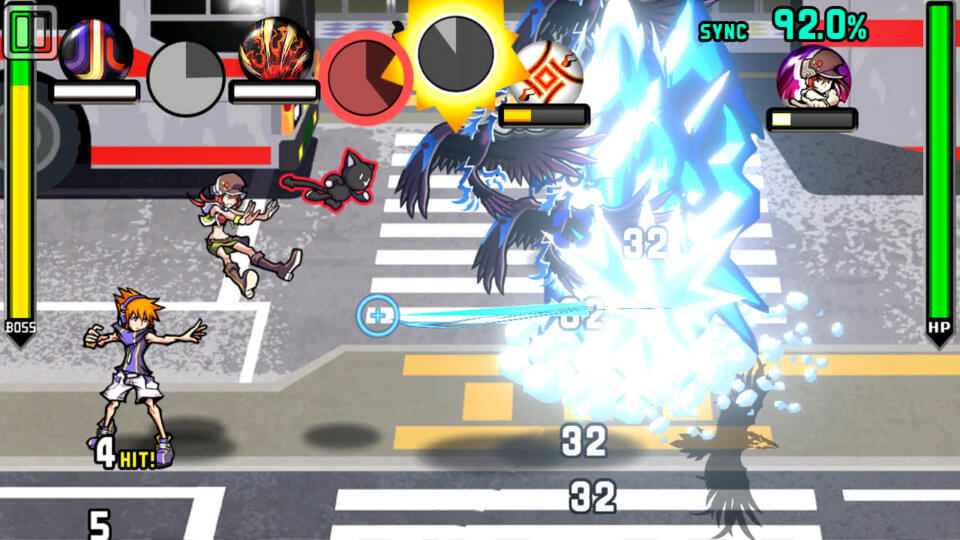 In The World Ends With You: Final Remix you play as Neku Sakuraba, an angsty, moody teenager that wakes up in the streets of Shibuya, Tokyo with no memories and no idea how he got there. He notices a timer on his hand that is continuously counting down and quickly finds out that he, along with other teenagers in town are part of the ‘Reapers Game’. A game where players must work in pairs to complete daily missions over the course of 7 days. Or face permanent erasure.

The first thing that will catch your eye in The World Ends With You: Final Remix is it’s visually striking art style. It’s sharp, extremely vibrant and has been updated compared to the original DS and mobile versions. It’s never looked as good as it does here on the Nintendo Switch. Looking incredibly crisp whether you choose to play it docked or in handheld mode. 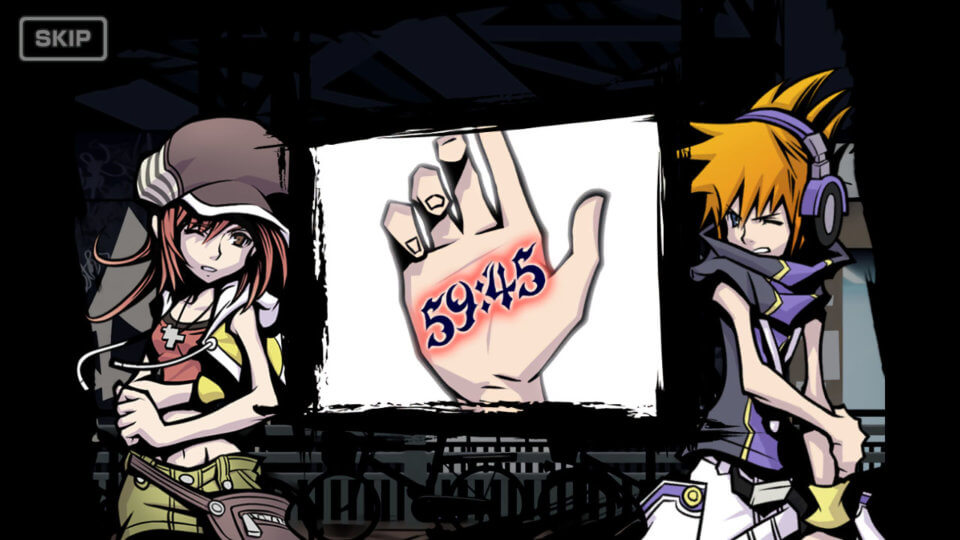 Final Remix allows you to play the game using either one of it’s two control types. While playing in docked mode you’ll be controlling Neku using a single Joy-Con using the motion controls to manouvre Neku while you swipe, draw and slash to activate his various psychs during combat. Playing this way definitely takes some getting used to for reasons I’ll explain shortly.

The second control method is used when the game is played in handheld mode. When playing this way the Joy-Cons aren’t usable (as in they offer no input towards the actions of the game, you can still navigate to the Switch’s home menu etc) and all of the game’s actions are performed by tapping or swiping on the touch screen. Essentially turning the game into a definitive edition of the iPad version. All movement, combat psychs and advancing the story text is controlled by touching the screen. 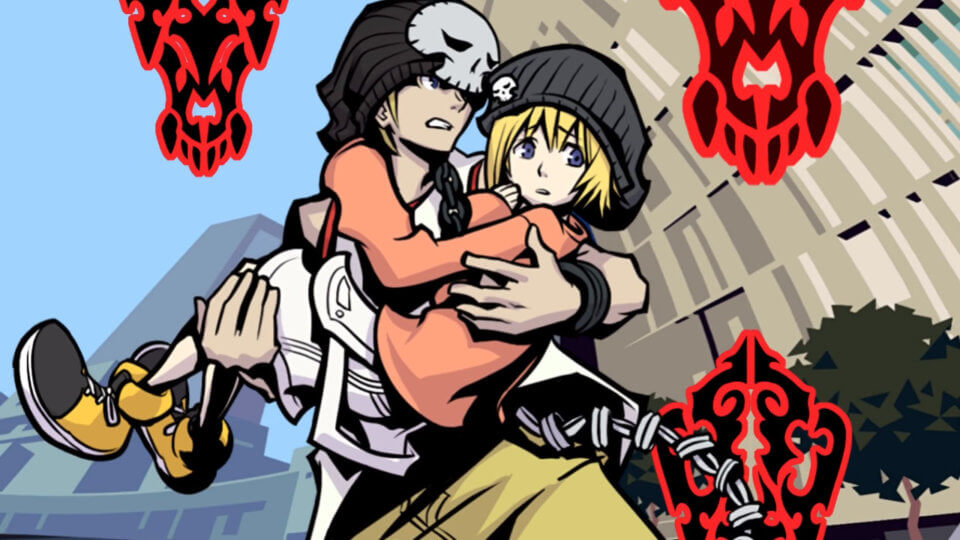 Playing in handheld mode quickly became my preferred way to play. I found the Wii-like controls of the docked mode setup to be imprecise at times, not allowing me to make the combat choices I was aiming for and made the already chaotic combat even more frustrating at times. Playing in handheld mode eliminated that problem as I was able to physically tap Neku to move him around the screen and swipe the enemies more accurately when using my psych’s. And as I fondly remember my experience with the game on the DS it just felt right to me to play it in handheld mode.

Now that the main problem I had with The World Ends With You: Final Remix is out of the way, let’s focus on what I really did like. The story and the game’s soundtrack. I knew going in that I would thoroughly enjoy these aspects because I loved them 11 years ago when I first played through the Reaper’s Game with Neku and the gang. But in Final Remix both the story and the soundtrack have received new content to freshen things up and give everyone a reason to play the game. Whether it be for the first time or not. 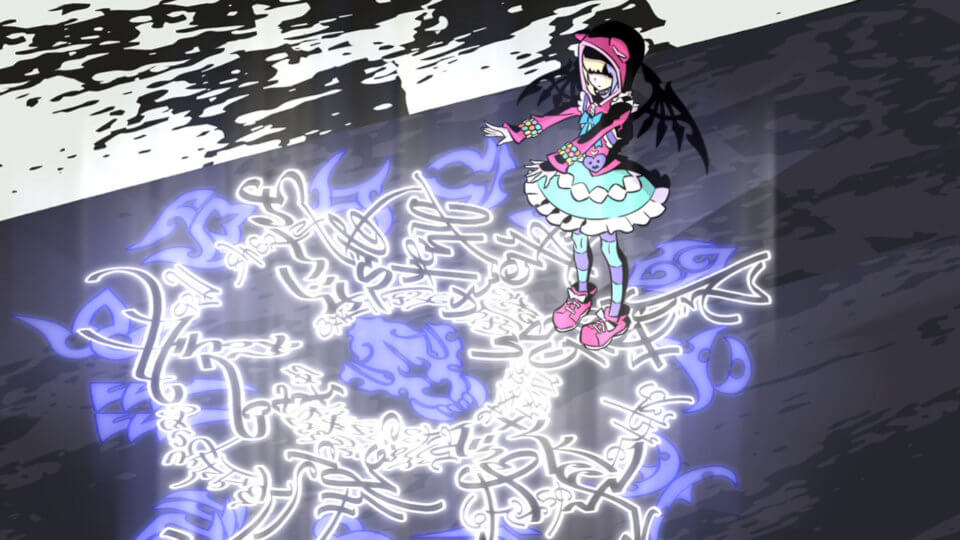 The World Ends With You’s story is gripping pretty much from start to end, filled with numerous plot twists and quirky characters that each have their own part to bring to the overall story and are developed well throughout the course of the game.

Upon completing the main story you’ll unlock the additional chapter title ‘A New Day’ which is exclusive to the Final Remix version. A new day is a new 3-4 hour scenario. It’s not groundbreaking story wise but is fun to play, does introduce some new characters and fleshes out the world of The World Ends With You a bit more. And more of this world can never be considered a bad thing.

As mentioned, the next best thing about The World Ends With You: Final Remix is the soundtrack. It’s absolutely fantastic. Filled with poppy disco beats, electro tracks and slower emotional pieces that really assist in setting the mood for the scenes in the game’s story. This Final Remix version has also had the soundtrack remixed with new arrangements and gives you the option via the settings menu to switch between the original classic soundtrack or the newly remixed version. 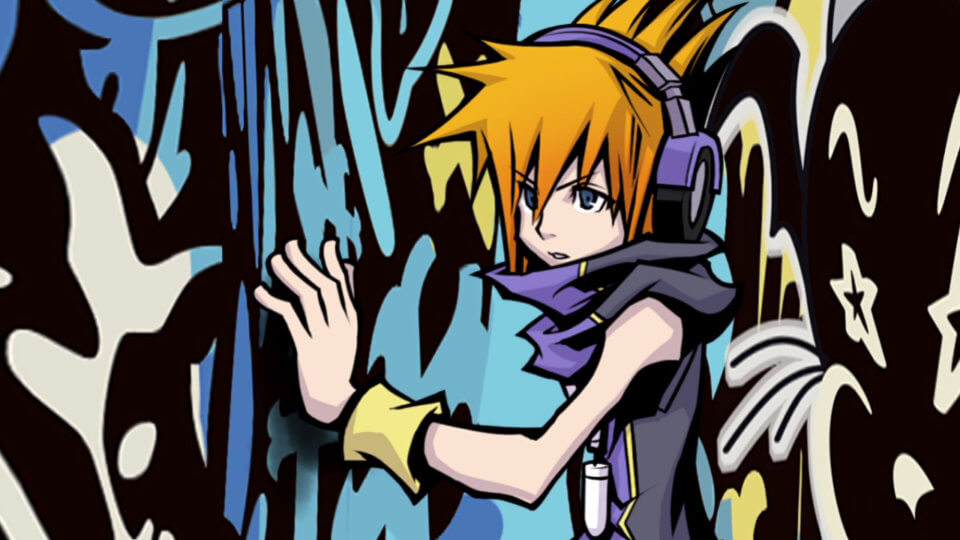 The World Ends With You: Final Remix is a great port for the most part and allows a brand new audience the chance to experience this quirky, super stylish JRPG if they didn’t get the chance 11 years ago. It does have some prominent control issues that will take some getting used to if playing in docked mode but the handheld option provides what I consider to be the definitive The World Ends With You experience. Not only do you get the brilliant narrative, Final Remix offers a brand new story chapter and a soundtrack that will be stuck in your head for days. If you’re into JRPG’s and own a Nintendo Switch I definitely recommend checking it out.

A Nintendo Switch review code was provided for the purpose of this review.