Fans of the Pokemon games are familiar with the mid-gen releases that usually follow roughly a year after the launch of a brand new core game. They are normally a rehashed version of the core game but with some added Pokemon that you could only get in one or the other core games. If you’re lucky you might even get some slight story modifications. Pokemon Ultra Sun and Ultra Moon are by no stretch of the imagination sequels or brand new core games. But with the addition of many small features and refinements Pokemon Ultra Sun and Ultra Moon are the definitive Alola experience. 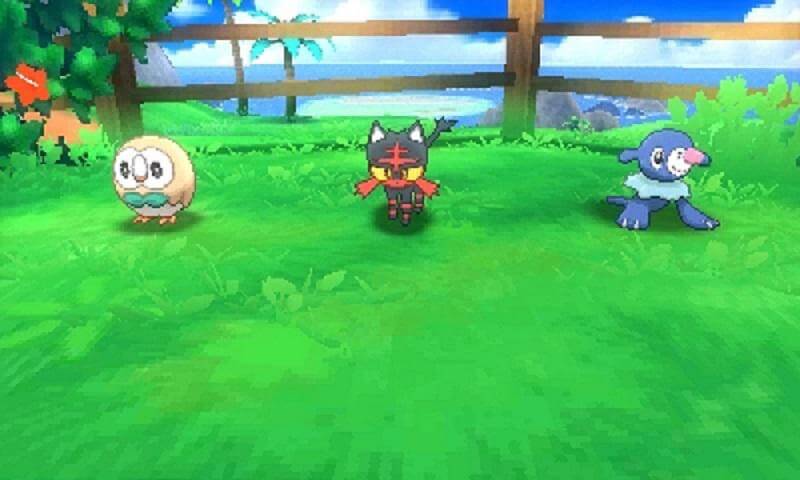 The overall core story of Pokemon Sun and Moon remains intact here. Your player character has just moved to the new tropical region of Alola and you collect Pokemon to compete in the island challenge, the reworked ‘gym’ system that was changed up in Sun and Moon. Only this time there has been some great new plot threads added to the story while also streamlining existing aspects of the core games to deliver a refined experience with much better plot pacing throughout.

The opening act of the game has been reworked and has removed the lengthy conversations/cutscenes that plagued the opening period of Sun and Moon. In Ultra Sun and Ultra Moon the time from when you boot up, to getting your starter Pokemon, to journeying on your own has been cut down significantly. Although you will still need to partake in the standard “how to catch Pokemon” and introduction to Pokemon Centre tutorials. It is unrealistic to expect the tutorials to be removed however. Even though I’ve played every Pokemon game so far, this will undoubtedly be someone’s very first Pokemon game and it’s a great place to start.

Where Ultra Sun and Ultra Moon differ from their prior counterparts are in the aforementioned new plot threads that are weaved in throughout the existing adventure. You will meet a duo from the newly introduced Ultra Recon Squad early in the game and various times throughout. They introduce and are the catalysts for the new Ultra Wormhole chapters. The overall plot has it’s biggest change up from what we experienced in Sun and Moon after the 3rd island and towards the endgame.

Players are able to travel through the new Ultra Wormholes while flying on a certain legendary Pokemon that won’t be spoiled here. While travelling in the Ultra Space mini game you can encounter Ultra Wormholes that lead to the worlds of individual Ultra Beasts. As well as find warp holes that take you to locations lightyears away that contain Legendary Pokemon to catch. Ultra Sun and Ultra Moon contain the largest number of obtainable legendaries in a single game so far, increasing the number of things to do once you’ve reached the endgame. 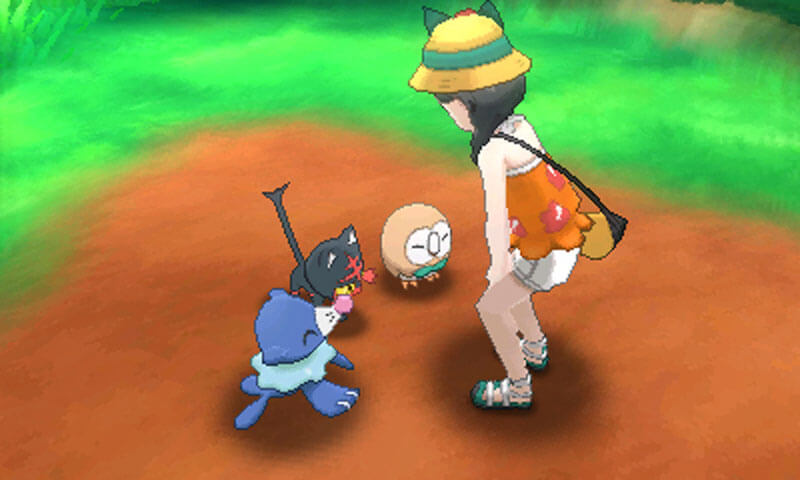 It’s not just an increase of legendary Pokemon though. With the new changes, Pokemon Ultra Sun and Ultra Moon have the largest number of obtainable Pokemon in a single game out of all entries in the series. Although there are still Pokemon that are exclusive to either Ultra Sun or Ultra Moon. So if you really want them all you will still need to either pick up a copy of each, trade with a friend or participate in online trades.

Ultra Sun and Ultra Moon continue the trend set in Sun and Moon, enabling players to obtain great Pokemon in the opening hours of the game. Before competing in my first Island Trial I already had a powerful team of varied types, that if I wanted to I could’ve trained up, evolved and stuck with. I didn’t do that because come on this is Pokemon we’re talking about. But the point is that there are great Pokemon that in previous games weren’t obtainable until much later in the game that are obtainable here pretty much straight off the bat.

Lacking A Challenge At Times

One thing I would have liked tweaked a little was the overall difficulty. I found the trainer battles and Island Trials to be a little too easy and didn’t face much of a challenge from the enemies until much later in the game. This may be related to my playstyle, exploring every piece of the map available and battling all available trainers before moving onto the next area. Or could be a way of making it more accessible to a younger player base. This combined with the new style EXPShare introduced in X and Y, that now provides experience points to the whole party after battle, allowing your squad to level relatively evenly had me often over levelled when reaching the game’s main story battles.

Ultra Sun and Ultra Moon have also received an overhauled user interface in the menu’s and battle scenes. They are only small but very welcome changes that implement feedback received from players of Sun and Moon. The addition of the quicker save system is something that Pokemon games should have received years ago and i’m glad saving is now achieved by pressing just 2 buttons and is complete in seconds. Performance wise I found Ultra Sun and Ultra Moon to run better over last years offerings, noticing significantly less frame rate drops when fighting or entering new Alolan cities. 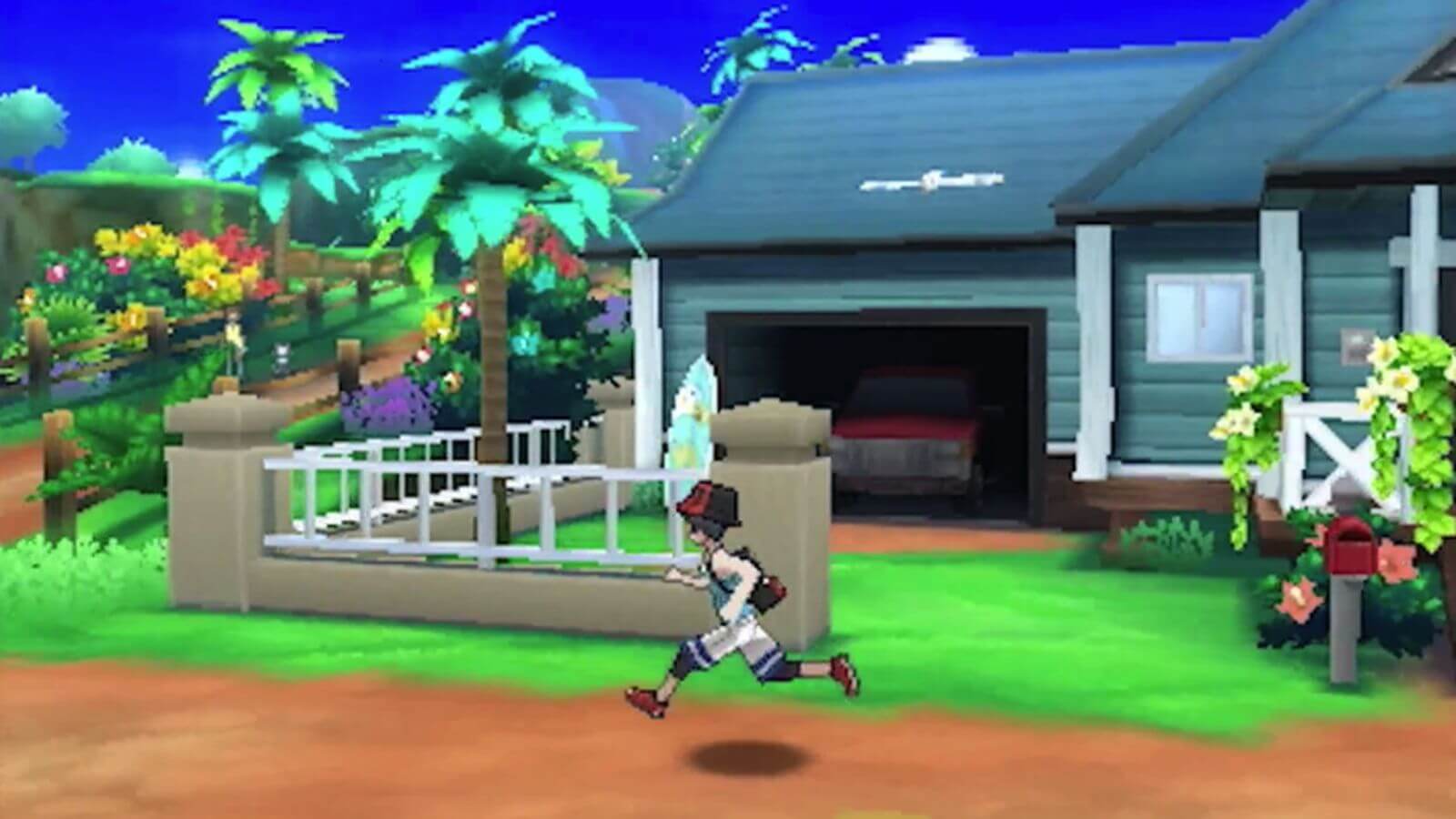 While not the completely new game some were hoping for. Game Freak have added and refined more than I thought we would get out of a mid-gen release. The addition of new Pokemon, dimensions to explore and story segments make Pokemon Ultra Sun and Ultra Moon the definitive way to experience Alola. If you haven’t played Sun or Moon I would suggest picking up one of the Ultra titles instead. Even if you have, the refinements to the existing systems, the more streamlined story and the vast small changes will keep you engaged and wanting to progress through the colourful land of Alola for many hours.

A retail review copy of Pokemon Ultra Moon was provided by Nintendo Australia for the purpose of this review.