When it comes to fantasy stories whether in film, literature or video games the amount of detail setting up the world, the lore, creating lovable and interesting characters while progressing through an engaging narrative are what separate the average stories from the great ones. Thankfully Level 5 have done the hard work and produced a great follow up game to the 2013 critical success Ni No Kuni: Wrath of the White Witch.

While not without some flaws, Ni No Kuni 2: Revenant Kingdom does a great job of keeping you engaged in it’s world and story with it’s gorgeous art style, fast paced action combat and addicting kingdom building mechanic and shouldn’t be missed by fans of JRPG’s.

Rise Of A New King

The plot of Ni No Kuni 2 revolves around Evan Pettiwhisker Tildrum a young boy you’ll notice is half human and half cat like creature known as a Grimalkin. Evan was recently made King of his kingdom after the death of his father who after a coup is usurped and attempted to be killed.

After fleeing the town he vows to reclaim the kingdom and create a land where “everyone can be happy”. I know that last part sounds a little fairy-tale cliche but that goal sets in motion the heartwarming journey of one young king and his comrades working to take back what was stolen and make the world a better place. Even if that means starting at the very bottom and working at it one person at a time.

Still Has It’s Roots In Ghibli

The first thing you’ll notice about Ni No Kuni 2 is that it’s absolutely gorgeous to look at. The character designs are each unique and the world is full of brightly coloured, lush environments. Wrath of the White Witch was co-produced by Studio Ghibli and while Ni No Kuni 2 retains the same art direction Studio Ghibli aren’t officially involved. Even though they kind of are seeing as animator and character designer Yoshiyuki Momose, and composer Joe Hisaishi are former Ghibli staff that worked on many of Ghibli’s famous catalogue of films.

The biggest difference between this game and Wrath of the White Witch when it comes to the presentation is you won’t find any of the beautiful Ghibli anime cutscenes here. Other than that, aesthetically it still looks like a Ghibli production. All the way down to the talking animals and monsters that make up a majority of the game’s fantastic cast. 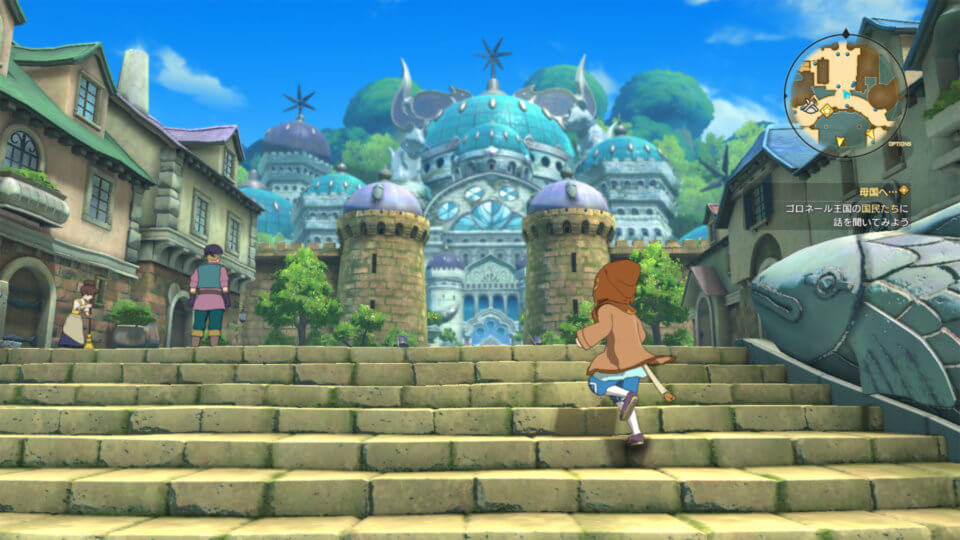 The second and likely biggest change-up you’ll notice in this game if you had played Wrath of the White Witch is that Level 5 have decided to change up the turn-based strategic combat system that featured in the first game for a real time action based combat system.

Now don’t think that in doing so there is no longer a strategy element involved in combat. Most characters are able to equip 3 different melee weapons (swords, hammers, daggers etc) and a weapon capable of long range attacks (magic wands, guns). Via a new mechanic known as the Zing system as you use your weapons the Zing gauge which is represented by a number percentage next to the equipped weapon on the HUD increases. Upon reaching 100% you’re granted increased damage with your hits and can unleash a boosted magic or special ability which upon use will empty the Zing gauge for that weapon. You’re able to freely switch between all 3 equipped weapons at any time which allows you to max out the Zing gauge for each one to be able to unleash 3 boosted specials in a row. A skill that can come in handy against bosses or enemies with larger HP meters.

You’re Not In This Alone

Besides your 3 equipped companions, you’ll also gain assistance in battle from your Higgledies. Higgledies are small sprite-like creatures described in game as physical manifestations of natural phenomena such as wind or fire. You can have up to 4 Higgledy types equipped at once and in battle they will automatically attack enemies and will occasionally group together providing you a prompt that will unleash a Special Order skill. This skill differs for each type of Higgledy, some heal the player, some produce a large cannon that deals explosion damage to enemies and some provide force field shields that prevent attacks of certain types doing damage. 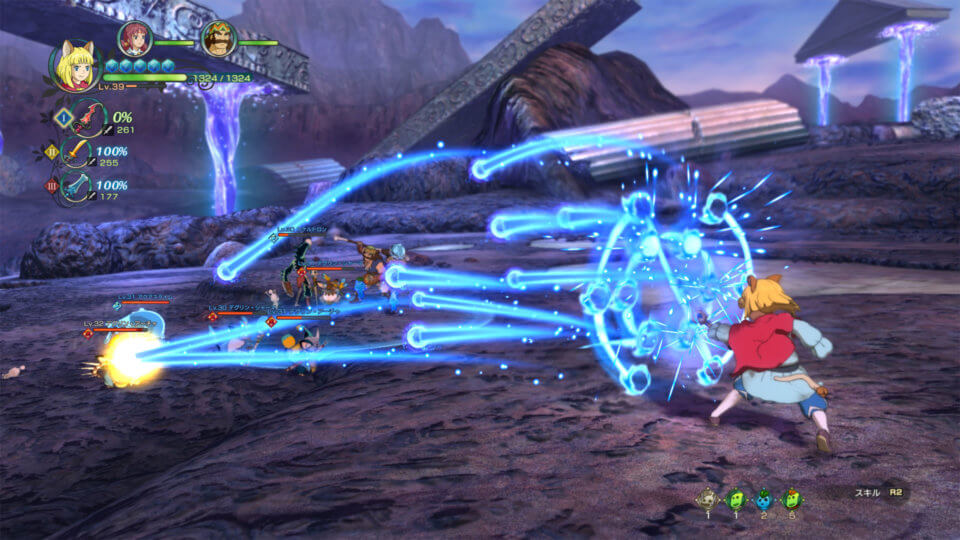 As you progress through your adventure you will befriend many types of Higgledy and it’s up to you to work out which types work well together and fit your combat play style the best.

We’re Going On An Adventure

When you’re not travelling within the many towns or traversing dungeons you’ll be travelling between towns on the overworld. During this time the game changes art style and your party take the form of chibi style avatars. I was not a fan of the change up in style as it was so different from the gorgeous visuals of the rest of the game and cutscenes. It felt almost as though this section of the game was created by a separate team and slotted into the final game.

During your travels on the overworld, battles are engaged by coming into contact with an enemy. A separate battle sequence is engaged in which the game returns to it’s regular art style and you proceed in the regular action based combat, which when completed will send you back to the overworld to keep moving forward. The whole experience is very reminiscent of how wild battles occur in Pokemon.

New Systems, Some Great, Some Not

As you continue to progress through the main story the game introduces a couple of new mechanics that set Ni No Kuni 2 apart from it’s predecessor and many other JRPG’s of recent years. One of which was a very welcome addition to the game in the Town Building mechanic. And one that felt shoehorned in and personally was not a fan of, the Skirmish system.

Skirmishes are a separate type of combat mission and play like a top down clan based war game that I feel should have been pulled from the game and released as a mobile game, because that’s what it played like. Skirmishes take place on the zoomed out overworld map with your chibi character and a horde of selected units. To put it simply, you essentially have to eliminate the enemy units in a war style battle that is won by having your units collide with the enemy in a scissors, paper, rock style battle where certain types of your units are capable of doing more damage to a different type’s of enemy units. There are strategic choices to be made and things get a bit deeper the more you do them, but Skirmishes weren’t something I went out of my way to complete.

What I did spend a ton of time having a ton of fun with was the Town Building. You’ve probably guessed based on the opening of this review or if you’ve seen the trailers, you’re trying to rebuild a kingdom.

This portion of the game plays out much like a city building and person management sim. By completing quests you’ll progressively unlock new buildings for your town and more and more townspeople will come to reside in your developing kingdom of Evermore. This section of the game is fun and addicting, it’s easy to spend hours getting lost in a loop of side quests that although are quite repetitive at times are incredibly rewarding when you unlock new citizens for your town that you can be allocated their own roles and responsibilities in your town. If it weren’t for the addicting gameplay loop of developing my own Kingdom I don’t think I would have gone through the effort that I did to complete some of the side quests in the game. 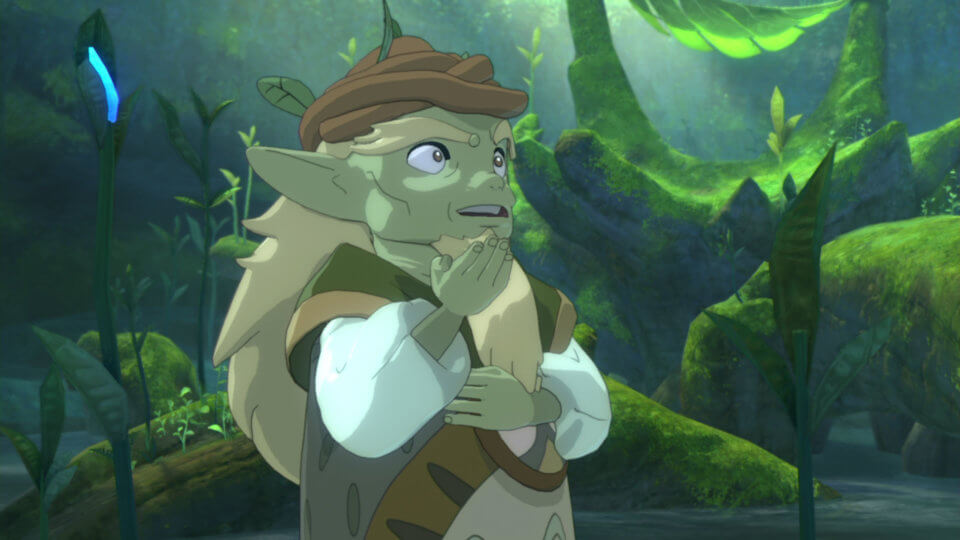 If there was one thing I would have liked to have seen improved or at least represented consistently is the voice acted scenes. The voice acting itself is great, pretty much all the performances are on point and the voices suit and add personality to the characters. But it is used too sparingly. Many of the cutscenes and dialogue moments are voiceless, presented only as click-through text on the screen. The main sequences, high intensity or emotional moments earned a voiced cutscene and it just left me wondering why further effort wasn’t made to fully voice record the whole game. Especially when many western and localised Japanese RPG’s of recent years have been released fully voiced.

Ni No Kuni 2: Revenant Kingdom is a fantastic RPG filled with enough deep systems and a heartwarming narrative that will have you entertained and addicted for many hours. It’s also a perfectly fine jumping on point for the series even if you haven’t played the first game. While I would have loved some more consistency with the voiced cutscenes and didn’t care for it’s Skirmish mechanic I thoroughly enjoyed my journey and rise to King of my own developed kingdom, my Evermore.

A PS4 review code was provided by Bandai Namco Australia for our Ni No Kuni 2 review.