The My Hero Academia phenomenon has taken the anime and manga world by storm over the last few years. It’s arguably one of the biggest anime franchises airing right now. And with it’s addictive Shounen battle formula it was only a matter of time before the series spawned it’s first video game.

That game is My Hero One’s Justice. It’s a game that will resonate well with existing fans of the series and is good overall. But has a few things holding it back from being Plus Ultra! 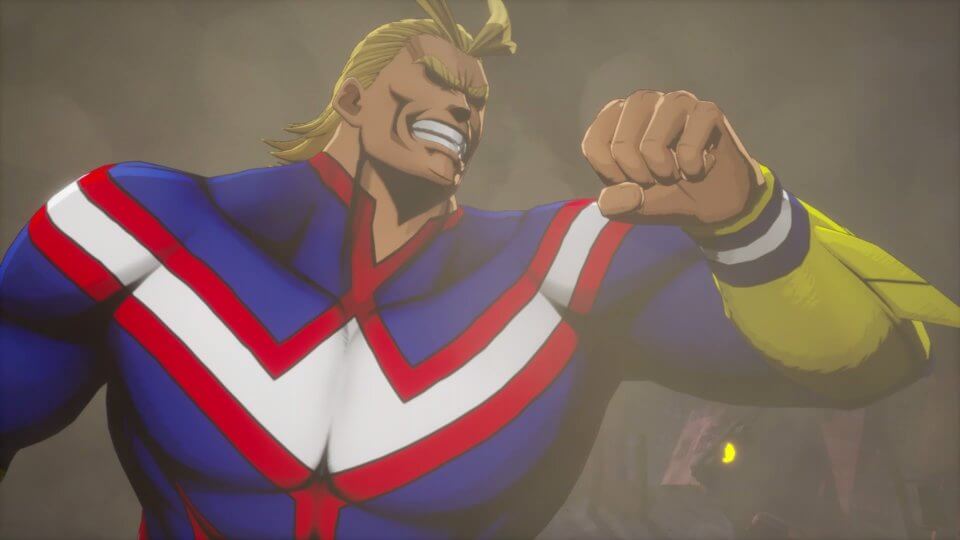 My Hero One’s Justice is an arena based fighter that could be closely compared to the Naruto Ninja Storm series when it comes to fighting structure. Fights consist of 1 on 1 battles where each side is allowed to have 2 support characters who are able to be summoned onto the field to briefly unleash their quirk attack before disappearing, unable to be used again until their cooldown allows it.

Each fighter in My Hero One’s Justice controls the same way when it comes to dishing out your attacks. Close up melee combat combos are performed by hitting one button (Square on the PS4) but can be combined with others to perform attack counters and ‘unblockable’ attacks. But when there is a bit of distance between you and your opponents you’ll likely fall back to using your characters’ quirks.

Quirks are mapped to the Triangle and Circle buttons on the PS4 and unleash your characters’ special abilities. These can be charged to offer a bit more damage but during the fast paced brawling it’s often a risk/reward scenario to decide if you want to remain vulnerable for a longer period in the hopes your quirk attack will land correctly.

The quirks in the game are faithful to the abilities of the characters from the anime and are really fun to use and try to master when best to use them. 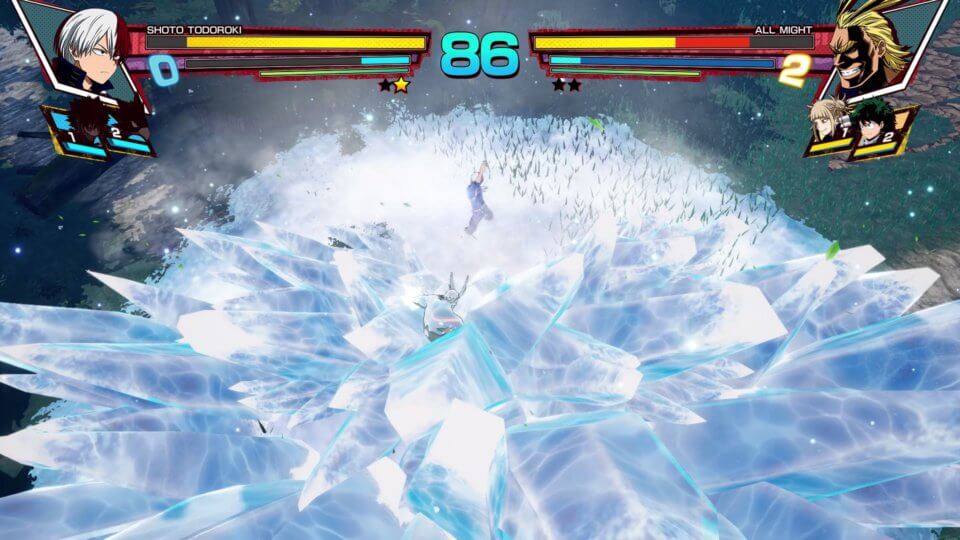 Of course it wouldn’t be an anime brawler if you weren’t able to deal out over the top ultimate attacks. While fighting your opponent your characters’ Plus Ultra gauge will begin to fill. Each character has 3 levels of Ultra attack with each being more powerful than the level before and are used by spending your Plus Ultra gauge which can be filled to a max level of 3.

My Hero One’s Justice’s story mode does a good job at teaching you how to perform all the mentioned techniques when you first start it up. One thing it definitely doesn’t do a good job at is introducing you to the world and characters of My Hero Academia. Where most anime fighting games such as the DBZ or Naruto often start their story modes off at the beginning of their respective franchise’s stories, the story mode of One’s Justice begins in the later half of season 2 of the anime and ends mid season 3.

This means that to get the full enjoyment of the story mode you will have had to watch the first 26 episodes of the anime first as the game makes no effort to bring you up to speed with the characters’ backstories or relationships prior to the point it begins. 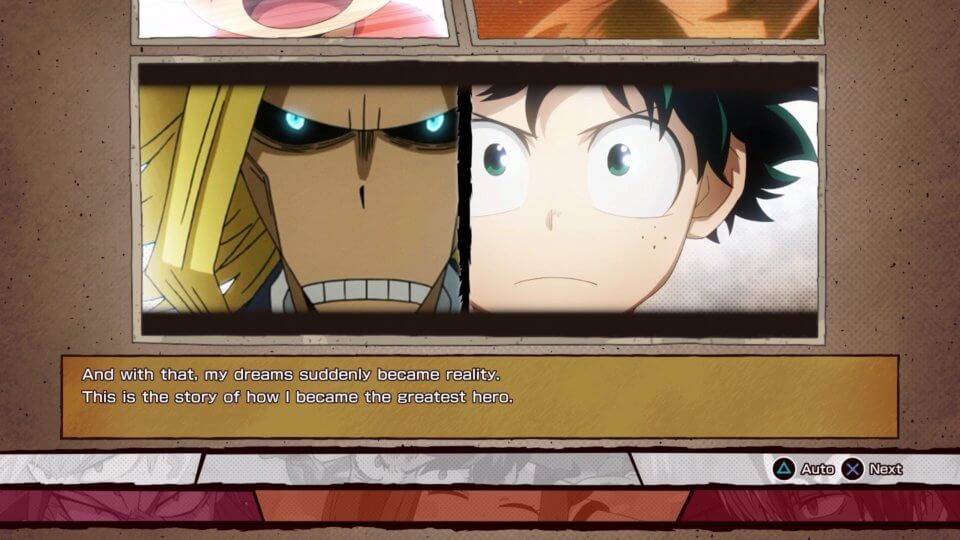 The story segments are made up of manga style story panels that combine still images from the anime along with in-engine animation using the game’s character models. It’s a fine way to get the key story beats across to the player but didn’t have the same powerful impact I got watching the same moments play out in the anime. The story mode does have some great ‘what-if’ missions and a storyline where you play from the villains’ perspective which were both really interesting and the highlight of story mode for me.

My Hero One’s Justice does do a great job at capturing the look of the series with it’s cell shaded models as well as the feel of the high action combat moments from the anime with it’s fast paced, chaotic fighting modes. The stages are made up with many destructible components allowing you to send your opponents flying through buildings and causing damage to the ground around you. But you will notice the textures of these destroyable items do look a bit dated in comparison to the great looking character models.

There is a lot more to the One’s Justice besides Story Mode though. You can also jump into the local arcade mode where you can battle against CPU or other local human players. For those brave enough to test out their skills against others you can jump into the Online Mode. But where you’ll likely spend your time after beating the story is in Mission Mode. 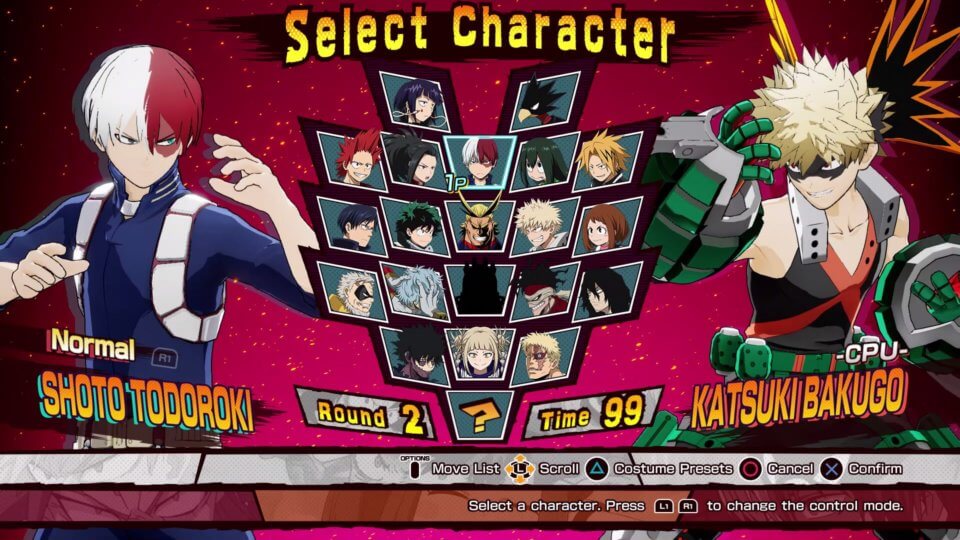 Mission Mode has you progressing through one of 6 maps each with an increasing number of fights in each map. The goal is to clear all of the fights on the map but the twist is that your health doesn’t regenerate in between fights. You do have the ability to recover health between fights by using items but this will affect your overall score and XP gained at the end of the levels.

Fights in mission mode often have various conditions that need to be met or handicaps in place to make it a touch harder for you. Such as stages with time limits or granting the enemies enhanced strength or defense. Completing missions grants your selected characters XP which allows them to level up and become stronger fighters. And higher level fighters are definitely needed in the later maps as things ramp up and get quite difficult by the end.

Completing fights in the story or mission modes will reward you with items that can be used in the game’s customisation mode. Here you’re able to customise any of the game’s 20 characters with the items you’ve unlocked. These don’t add any additional abilities to the characters, they’re purely cosmetic but allow you to tweak the look of your favourite fighters or change the colour scheme of their costumes. I got a kick out of seeing how other players had customised their own fighters when jumping into online mode. 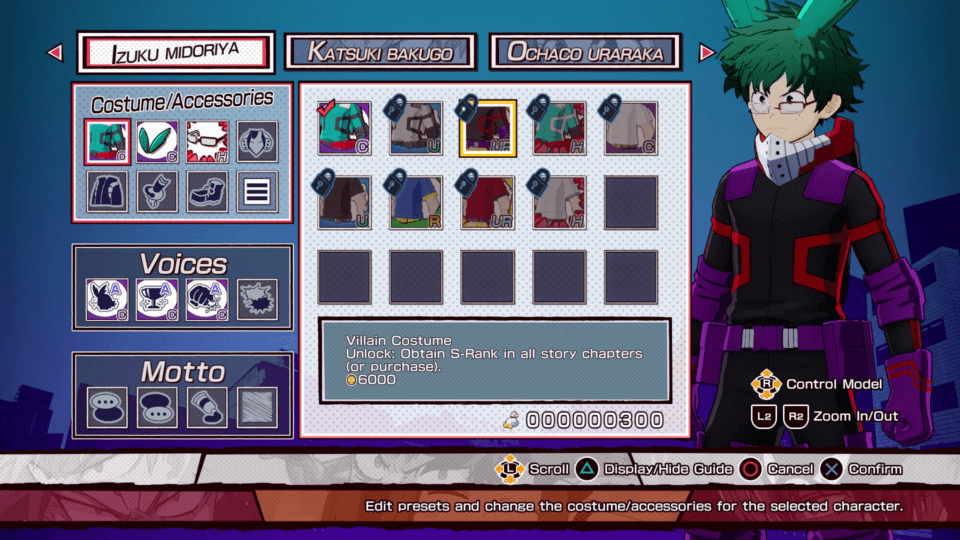 I was a little disappointed to see that the game only has the Japanese audio track. While not uncommon in anime games I had expected due to it’s current popularity and size of the My Hero Academia fanbase that we may have gotten an English dubbed voice track like we get with the Dragon Ball and Naruto games. Fingers crossed it will come in the next game.

Overall My Hero One’s Justice is a good first video game entry for the My Hero Academia franchise. While it does require some knowledge of the series to fully enjoy, has a story mode that doesn’t present the same magic as the anime and carries a fairly limited character roster it is fun to play and captures the fast paced chaotic battles of the source material. If you were looking for a technical fighting game that will be hitting the stages of EVO you won’t find it here. Instead you’ll get a simple and welcoming fighting game that is easy for all audiences to jump into and a game that will be enjoyed more by anyone that already has a fondness for the anime or manga.