When it comes to video games there are only a handful of titles that I consider absolute classics (or klassics). Games that shaped what I love today and were a continual part of my gaming upbringing. Mortal Kombat is absolutely one of those series. Although I started playing it when I was far younger than I probably should have been, those moments playing MK2 on the Super Nintendo will stick with me forever.

Now many years on the series continues to evolve with its latest entry, Mortal Kombat 11, providing what I consider the best all-round Mortal Kombat experience yet when it comes to balancing, the story and the actual combat. But due to the vast number of customisation options and the methods required to unlock them it may not do the greatest job at respecting the players’ time. 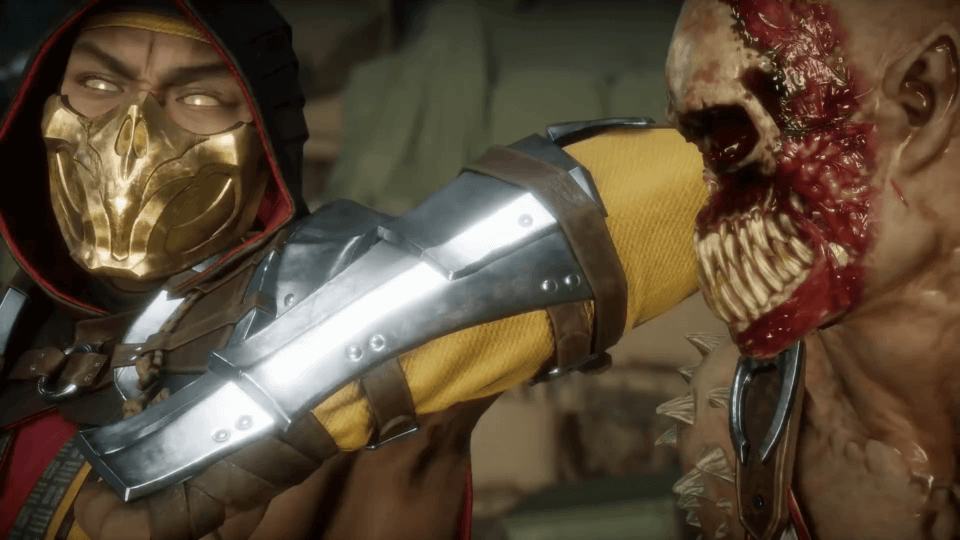 Right off the bat as soon as you jump in, players experienced with the series will see that Mortal Kombat 11 continues to feel like Mortal Kombat. Sure there are plenty of new systems, characters and tweaks introduced here but the core essence is extremely faithful to the Mortal Kombat experience.

It’s super violent, has a deep but manageable learning curve and due to the introduction of some new character customisation options and special moves, the game can become more strategic than ever. But most of all the thing that keeps many people flocking to the series, the fatalities are back and gorier than ever. Including some that are so over the top you don’t know whether to cringe or laugh when you watch them. And the removal of the famed X-ray moves, seeing them replaced with the new Fatal Blow system adds a nice risk and reward layer to each round, providing a fresh spin on the combat we’ve become familiar with over the years.

Story mode in Mortal Kombat 11 is a great 5 hour movie that blends cinematic cutscenes and the fighting rounds seamlessly. It picks up right after Mortal Kombat X’s end with Shinnock captured and defeated by a now corrupted Raiden that is sinking to the dark side, leading to the introduction of Kronika, the Keeper of Time who has come to try and erase the current timeline and rewrite the history of Mortal Kombat from the very beginning to remove Raiden from existence.

Because of this premise, combining past and present, this game not only forwards the lore of the Mortal Kombat series, it acts as a celebration of everything that has made it up so far. With many of the iconic characters from earlier games coming back from the alternate timeline and bringing with them younger versions of characters that still exist. Leading to some tense situations when two versions of the same character clash and also some pretty funny moments when the two Johnny Cage’s get together.

If I’m being honest, I was a little disappointed to see characters featured in Story Mode, some of which come up as fightable opponents not included as part of the game’s playable roster. 2 of the aforementioned characters just happened to be some of my favourites in the series. These characters were implemented in the game as fully fightable, with complete AI, movesets and were well balanced but were nowhere to be found in the playable roster. Of course they could be added down the line as DLC but if they’re paid add-on characters it doesn’t really soften the blow.

As with most of NetherRealm’s recent titles, Mortal Kombat 11 features both a number of single player modes as well as both online and local multiplayer options. The story mode and challenge towers will keep you endlessly entertained if you prefer your MK experience to be offline but those brave enough to take on foes online will be able to use their customised characters and participate in ranked or casual matches and you can even venture into the AI matches that allow you to watch your customised characters duke it out against another player’s fighters. And best of all the online net code is top notch. During my online matches I didn’t face any input or connection lag and matches played out just as smoothly as those in the story and local multiplayer modes.

The gameplay loop that will have you continuing to come back to play more rounds in Mortal Kombat 11 is it’s loot system. Similar to the one implemented in NeatherRealm’s Injustice 2, each character in Mortal Kombat 11 has an insane number of customisation options for you to tweak so that you can create your perfect fighter.

Each character in the roster has over 50 different skins, close to 100 pieces of customisable gear ranging from headpieces, masks, armour, gauntlets, weapons, hairstyles and a plethora of other aspects of the character. And there are even additional special moves and taunts that can be unlocked so that you can truly tweak your favourite character to your liking both combat and appearance wise before putting them to the test online. 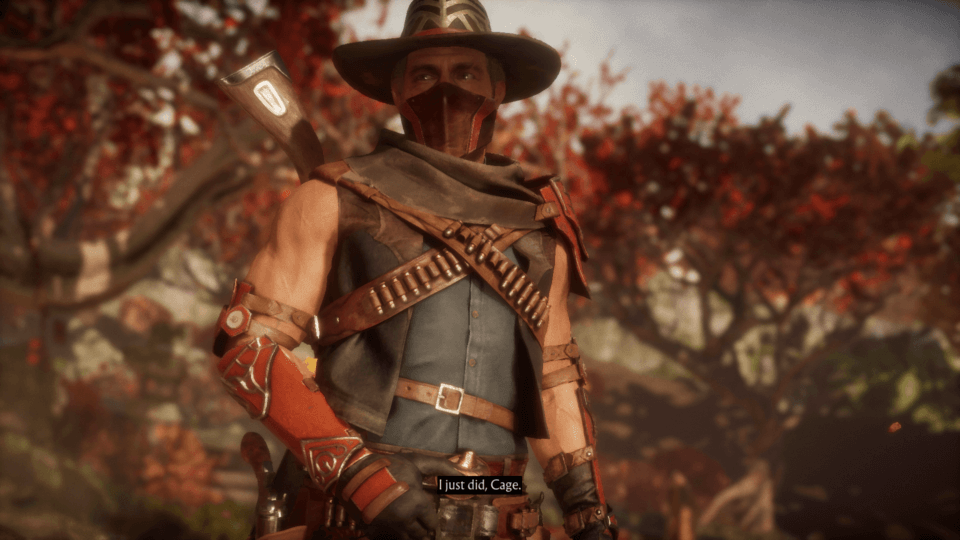 You’ll unlock various pieces of gear for each of the characters just by playing through the Story Mode, but the vast majority of custom gear will be found in The Krypt. The Krypt is a supplementary mode where you traverse the locations of Shang Tsung’s island unlocking chests to collect new gear and currencies. The chests are unlocked by spending one of the game’s in-game currencies that can be earned by completing story missions, playing matches, completing the ever changing challenge towers and of course topping them up with real world cash.

While it was really cool to travel the island in third person getting new gear, spotting Easter Eggs from the Mortal Kombat series around every corner and dealing with traps as I progressed I quickly started to experience the grind that is necessary to continue to unlock gear for my favourite fighters. Much like purchasable micro-transaction loot boxes that are featured in many AAA games you also have no idea what may be inside the chests in the Krypt. If you only play or care for a small number of the characters in the roster there is no way to only unlock gear for them. On a rare occasion, opening a chest may grant you just what you’re after but you’re also just as likely to unlock a new hairstyle or headband for a character you don’t care for. Being able to customise my characters to my liking will have me continuing to play Mortal Kombat 11 for a long while, and while it does currently seem like a real grind to get new gear, NetherRealm are in the process of making changes to the loot system already to make it more accessible for players. 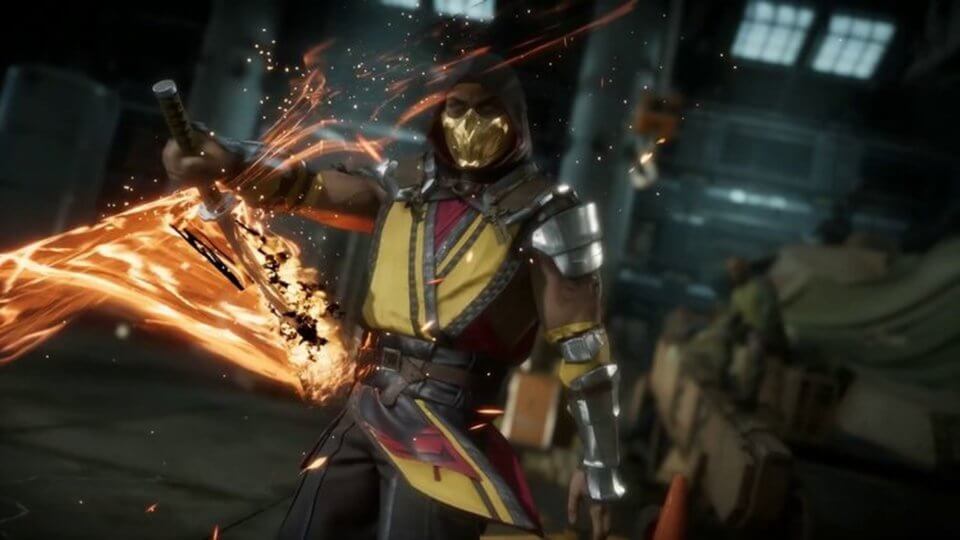 As someone who has played every entry in the Mortal Kombat series since Mortal Kombat 2 I have no problems admitting this is the best entry in the series yet. It’s story mode is entertaining and pushes the lore of the whole Mortal Kombat universe forward. But outside of that, there’s plenty that will keep you coming back to the game whether you choose to play it’s numerous single player modes to continue to collect new gear or if you want to try your hand or play competitively online. Mortal Kombat 11 offers a solid fighting game that is not only welcoming to all levels of players but looks and plays great too.