If you played through Final Fantasy XV last year and you’re anything like me, it’s likely you spent more time than you’d care to admit playing the fishing mini game. When I heard that same mini game was being expanded into it’s own game and it was going to be playable in VR I knew I needed to play it. And I’m glad I did. Monster of the Deep: Final Fantasy XV is a fun and relaxing (for the most part) experience that provides some great fishing gameplay while also presenting plenty of fan-service for Final Fantasy lovers. 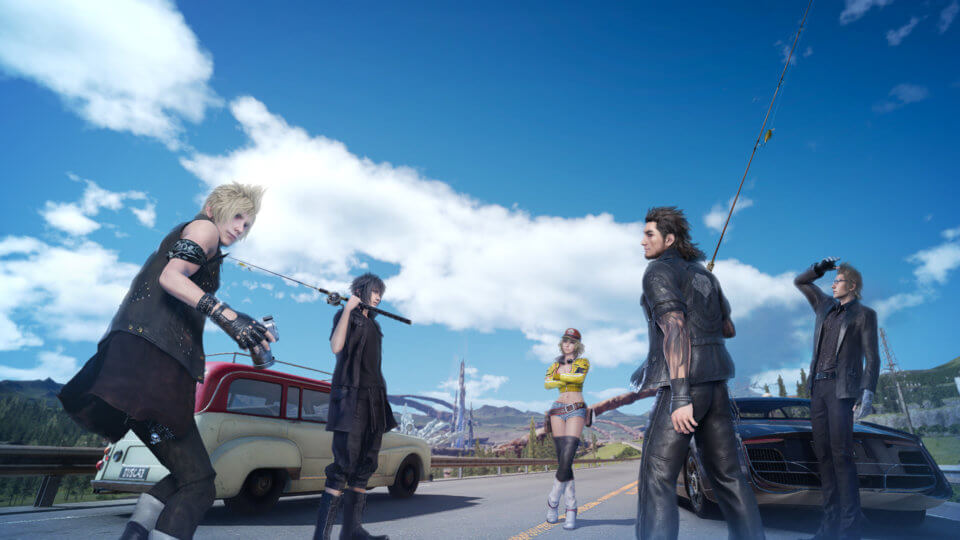 A Fun Day Of Fishing Without Leaving The House

You start Monster of the Deep by creating your own custom character that you will use for the entirety of the game. The character creator is extremely detailed and provides a ton of customisation options, and more options such as articles of clothing are unlockable throughout the game if you’re a person that likes to keep changing up their avatar. I spent a decent amount of time tweaking minor details before remembering this was a VR title. You rarely get to see your character model in game besides the arms or torso if you look down on yourself. That said, your character will be seen front and centre in the photo mode, so if you plan on using that then spend the time to make a nice character.

The game is playable with move controllers or the dualshock 4 and feels great on both. Casting and reeling in feels smooth and natural. Although even after all of my time with it so far I still don’t feel like I’ve mastered the casting, it still feels like luck if it goes exactly where I was trying to get it. 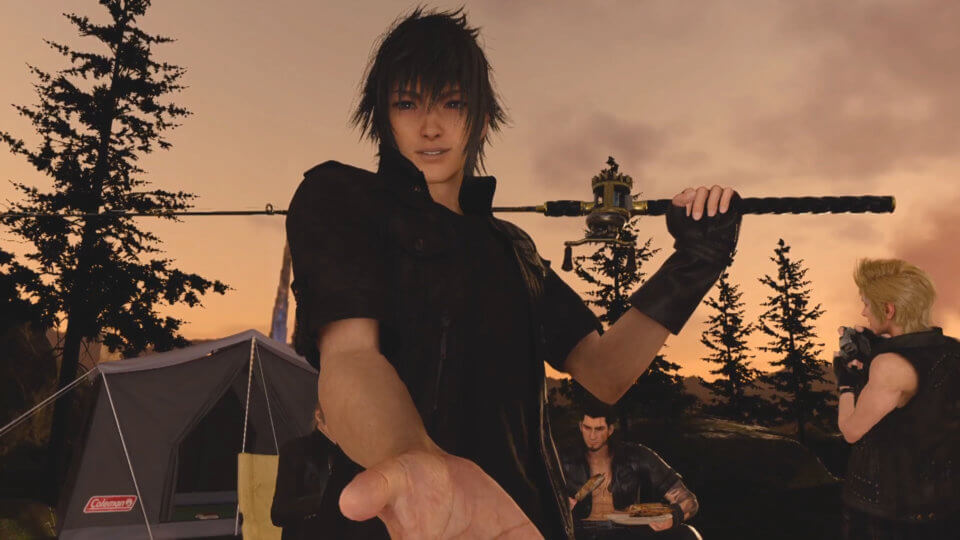 Puts You Right In The World Of Eos

The core story of Monster of the Deep has you tasked with capturing monstrous fish known as Daemonfish that have been causing destruction in the Final Fantasy XV world of Eos. Each of the story chapters after the tutorial that teaches you the core systems follow a fairly simple structure. Once arriving at the mission you get to explore the surrounding fishing spot, which are packed full of detail, final fantasy creatures and vibrant visuals. Here you regularly engage with some famous characters from FFXV before selecting your desired fishing spot by travelling around the lake using the VR headsets head tracking to point to a landing point then pressing X to teleport to the chosen point on your path. 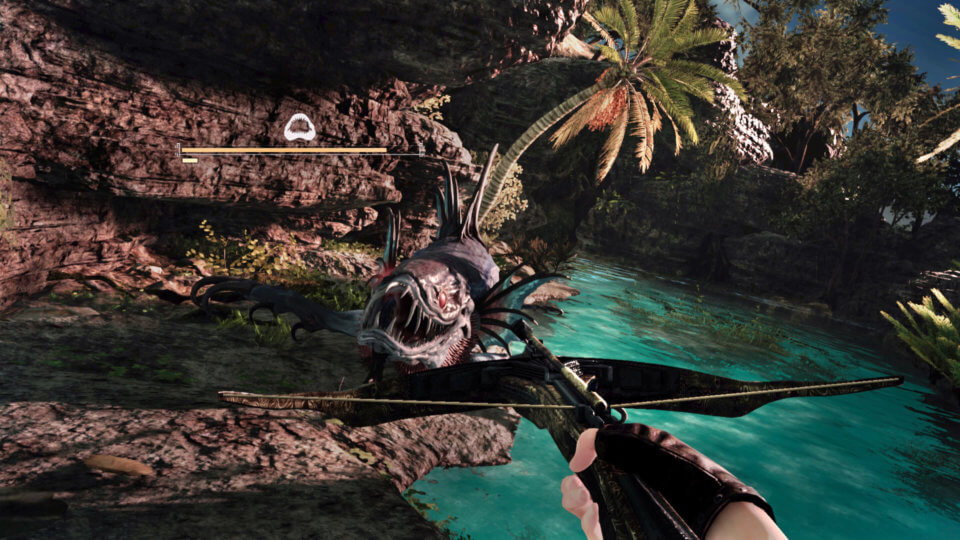 The mission has you catch a number of fish in the lake to fill a capture gauge, which when filled will have you face off against the boss Daemonfish of that mission. During the boss fight your rod is swapped out with a crossbow and the game becomes an on rails shooter. Each of the Daemonfish have unique attack patterns you’ll need to learn and require you to work out how to do damage to them. A number of times the boss got the better of me and rather than offer a retry option, you are sent back to the main menu and need to load and start the whole mission over again from the beginning. This is extremely frustrating and pulls you right out of the VR immersion. Once you are able to damage the Daemonfish enough to be captured, you are able to use the rod to cast out and reel them in to end the mission.

There aren’t a great number of story missions to complete and you will likely finish them off within a few hours. Where much of my time was spent in the game was enjoying the other modes on offer. There is a tournament mode where you compete under a time limit to capture the most weight in fish, complete with online leaderboards. A Free play mode where you can select a fishing location and then just fish until your heart is content, taking in the peaceful surroundings. But where I found the most fun was completing the hunts. In a similar fashion to FFXV, you are given a trophy creature to go and catch. It is then up to you to equip or buy the necessary gear required, venture out and return with said fish. Doing so rewards you with a substantial amount of gil (the currency of Final Fantasy) allowing you to buy better lures, rods, line and clothing to prepare yourself for future hunts. This gameplay loop is fun, rewarding and had me addicted for many hours. 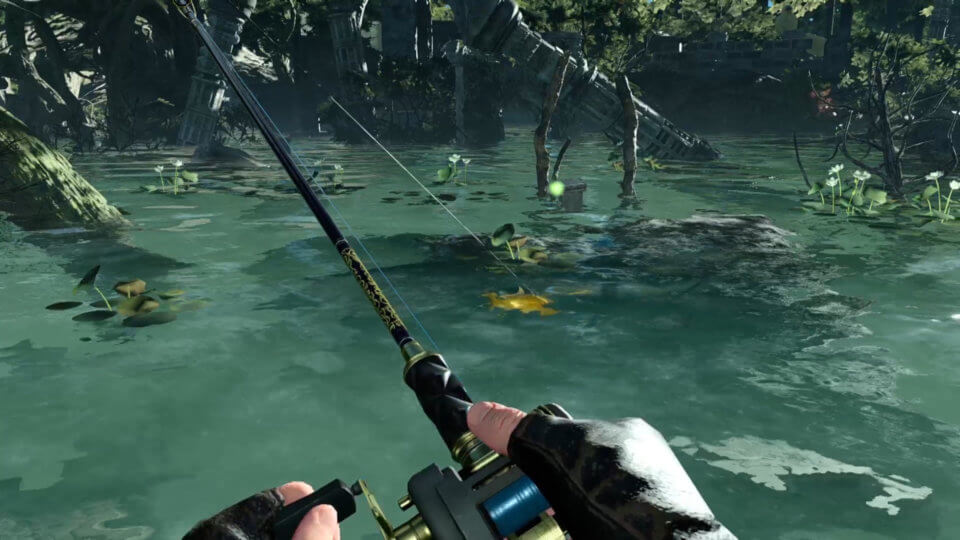 Not Without Its Flaws

While a extremely fun game overall I did run into a few bugs throughout my time with the game. After completing my first mission in the game I found my head appeared to have detached from my body and seemed to be sitting on my left shoulder. I was able to look to the right and see where my head was meant to be and required a restart to fix. Other times upon loading in the camera would get stuck behind my character player and I could see my character. Holding down the options button to re calibrate the VR view fixed this instantly and I could enjoy the rest of the play session without issue. 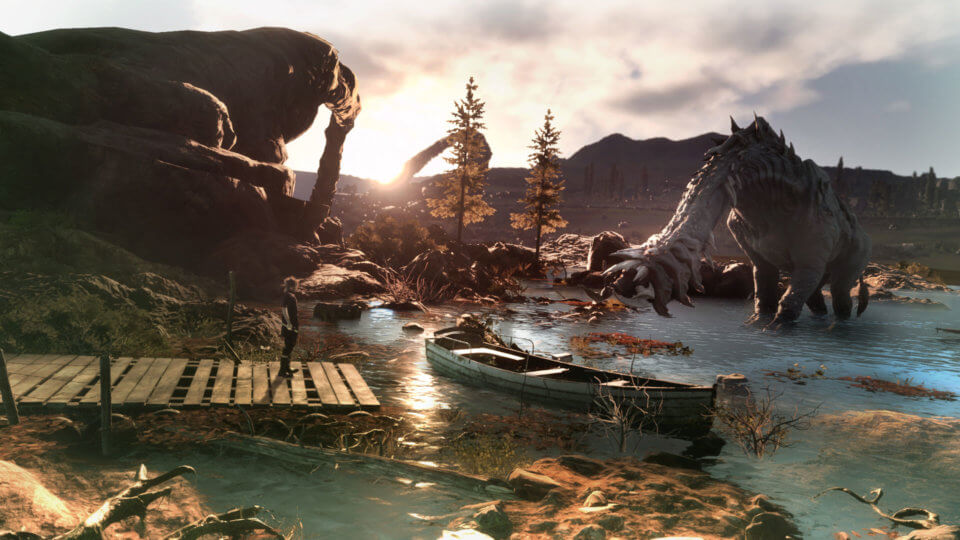 The load times in Monster of the Deep can be quite lengthy at times, often giving you nothing to look at besides a black screen with a loading spinner in the corner. These lengthy load times pulled my out of the immersion of the game due to their length and they do occur fairly frequently (some are much longer than others). Sometimes during loading screens you are given the option to practise casting which does help take your mind off how long the load time is, although this isn’t available at every load point.

Overall Monster of the Deep: Final Fantasy XV is a fun and rewarding VR fishing game that is bound to attract fans due to it’s Final Fantasy license. Although it has a short story mode, bugs and lengthy load screens that can momentarily take you out of the experience it still had me addicted because of how good it felt to go fishing and interact with people and creatures from Final Fantasy. Combined with it’s relaxing soundtrack, you can easily lose track of time fishing in Eos.

A Monster of the Deep: Final Fantasy XV review code was provided by Bandai Namco Australia for the purpose of this review.